Start small: Getting your first customers through small-scale marketing tactics

Starting a new business is daunting. As the founder of one that's only six months old, Cooper's Treats, I ought to know. And while things like developing your products, setting up a corporation, and even finding funding can be complex and difficult, there's always been one thing that has stood out to me as the most intimidating part of any new business: finding your first customers.

Once you start putting your product out into the world, you face a question that can be genuinely terrifying: is the thing that I'm selling good enough that people will actually pay for it? If you're like me, the result may be that you try to start marketing in the most impersonal ways possible, like running Facebook and Google Ads, to avoid the prospect of face-to-face rejection.

Of course, even if you're braver than I, you may well decide to start with those major, digital advertising platforms anyway. There are good reasons to do so: they have immensely powerful targeting abilities and huge audiences that make it easy to scale your advertising as your business grows.

Ultimately, though, I think there's a better way for most businesses to start out: small.

As you scale your small business marketing, take a look at these 4 ways to use marketing automation to grow your business.

Small scale marketing is personal, and people like personal. They increasingly want to support small businesses over giant behemoths. They want to know who's behind the products they buy and what drives them.

I got my first sales to people who were neither friends nor family when I posted about my startup on Hacker News, a Silicon Valley discussion forum about startups. I had just put up the first version of my site (and let me just say, with the benefit of hindsight, that it looked like the work of a ten-year-old trying to make his first website), and I posted about it in a discussion thread about people's side businesses. Even though I barely knew what I was doing—and the site was decidedly less than mediocre—people left me great feedback. And a bunch of them actually bought my products! It was the perfect audience because these were all people who were interested in startups—not just the products, but the journey of starting a company. For that reason, they saw my dubious-looking site as an interesting starting point, not a poorly-designed dog treat store, and they recognized and valued that I was not only doing something interesting, but also putting myself out there. 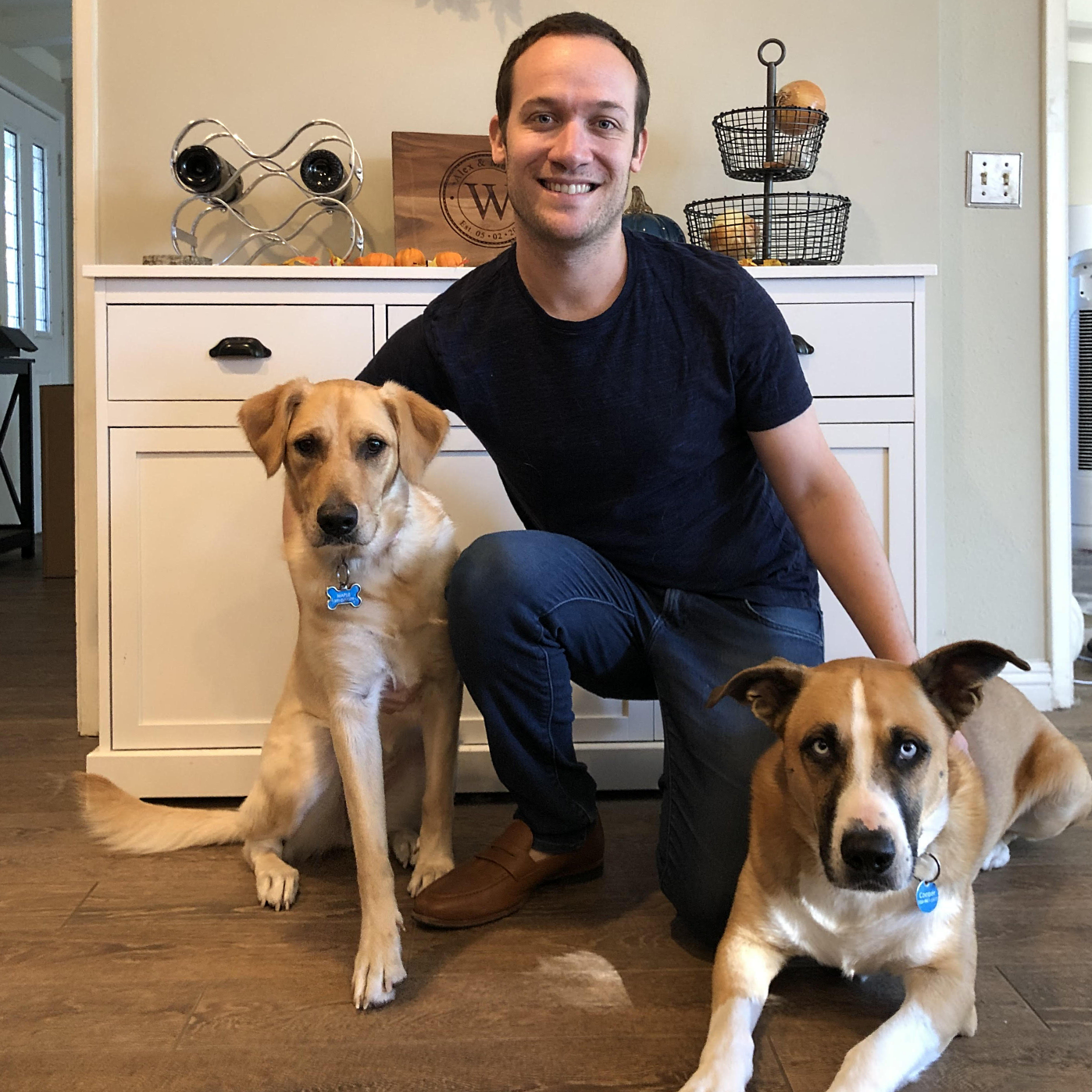 Me and my very good dogs.

That's one of the big benefits of starting small: if you do it in the right places, people give you the benefit of the doubt. They understand that you're one person and not a giant corporation, and they judge you accordingly. When your cable company has an outage, you get angry. When your favorite local cafe gets your order wrong, you cut them some slack.

This isn't to say that people will buy garbage from you just because you're a small business, but it does mean that they'll generally engage with you in a friendly way when you talk to them. Starting small means that even when someone doesn't buy your product, they'll often be willing to give you helpful feedback. Arguably more important is that when they do buy your product, they feel a real connection to you, and they'll be much more inclined to share your business with others.

How to start small

When I say start small, I mean be hands-on, engage with prospective customers directly, and show your products off to people who are likely to be passionate. Here are a few examples.

Setting up a table and pitching your wares to folks passing by is the essence of starting small. Depending on what type of product or service you're selling, farmers' markets might work, or there may be less frequent events that are more domain-specific (for example, if you're starting a sportswear company, many marathons have vendor villages).

People come to these types of events specifically to see what's out there, so the fact that you're a new brand that they haven't heard of is intriguing, not off-putting. You'll have the chance to engage with people and tell them not only about your product, but also about you and why you decided to start a company. You'll also have the chance to ask people for feedback—if they seem hesitant to buy, you can ask why and expect a real answer. Good luck with that when people abandon their carts on your website. 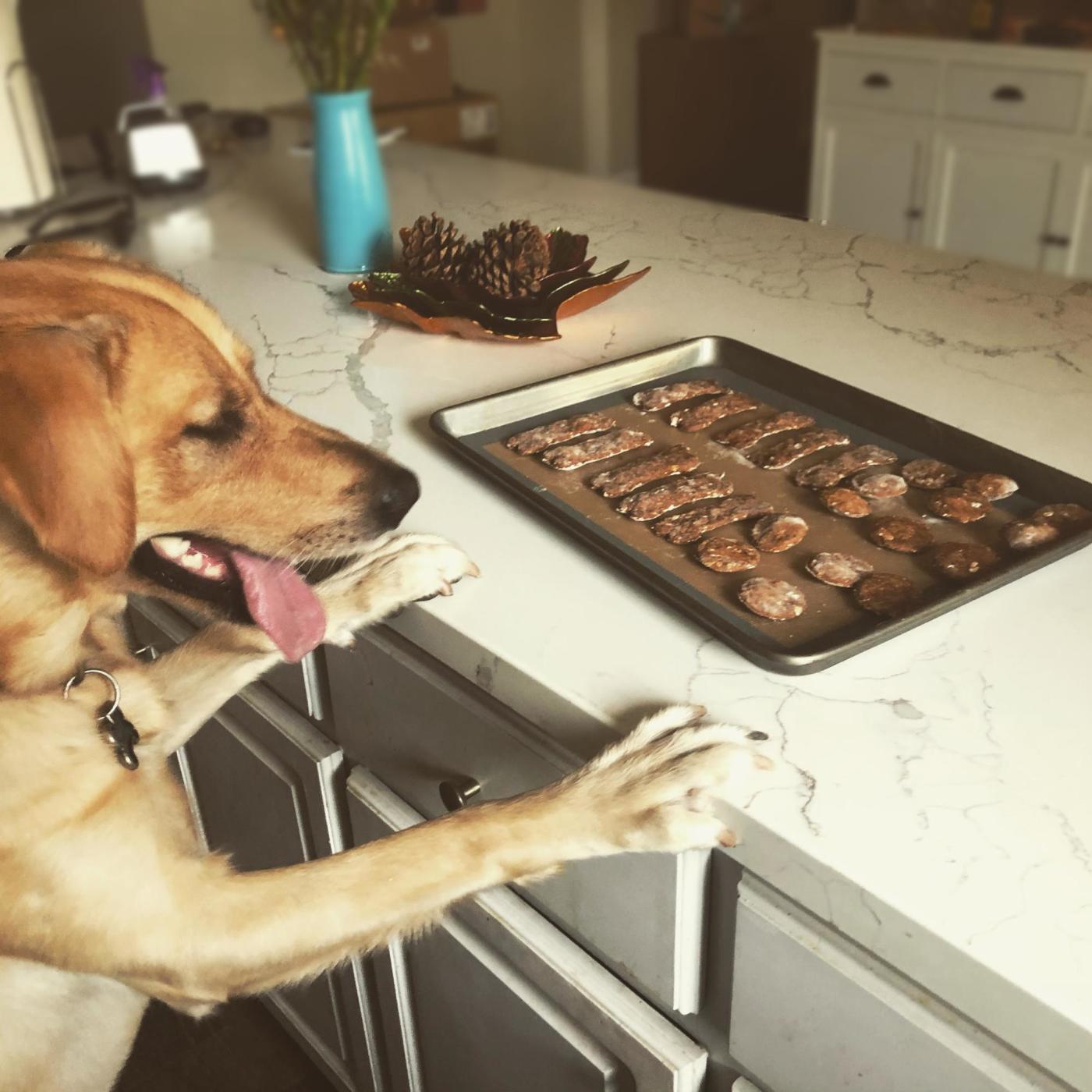 Maple would never abandon a cart.

One big recommendation if you're starting out at events like this: try to find a way to collect emails from people who aren't ready to buy. Simple games and giveaways work great for this. While I haven't had too many opportunities to attend local events due to the pandemic, at the few I've been to, I ran a simple game where I filled a big jar with treats (made using our Baked Biscuit Mix, naturally) and had people write down their guess of how many treats were in the jar. The prize was a free Baked Biscuit Starter Kit.

We contacted the winner by email, which meant that we collected everyone's email addresses along the way. Since the prize was inexpensive for us, it was a cost-efficient way to gather several dozen emails at each event from people who now had a connection to the business. I also followed up with a coupon for everyone who didn't win, which led to some additional purchases.

As you start to collect more emails, here are 4 ways to automate your email marketing for better communication.

If you can find groups of people who might be interested in your products, you can probably get in front of them cheaply. Reach out to an organizer and offer to supply a few pizzas next time they meet up—you'll likely get a positive response and often a chance to pitch your product for a few minutes.

You shouldn't necessarily go for the hard sell. Instead, tell people about your business and ask for feedback. If you've found the right people, the feedback will be helpful, and if your product is great, you'll probably see some sales as well.

While this is tougher during a pandemic, online groups are a great place to start. I've posted about my business in several San Diego (where we're located) dog-related Facebook groups and have been well received and made several sales. The key here is to be authentic: I explain that I'm a local small business, and people appreciate that. If I were to post in every local dog-related Facebook group for every part of the country, I would surely get a frostier welcome.

Influencers are a great way to give people a more personal connection to what you're selling by having someone they know (or at least follow on social media) bring it to their attention. While you probably don't have the budget to get a post from any of the Kardashians, this is another place where you can—and should—start small. 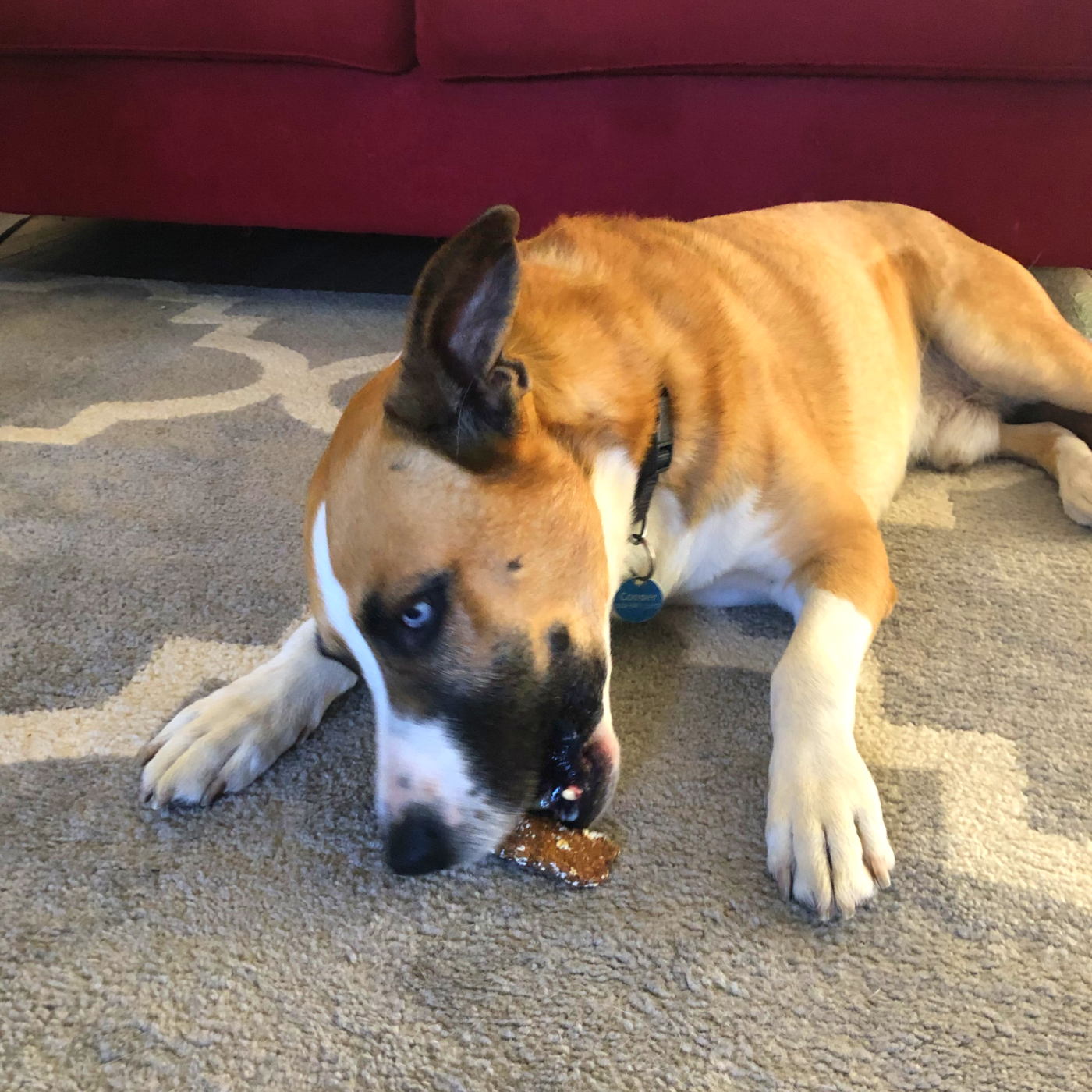 Cooper, my own personal microinfluencer

I've had great success with micro-influencer giveaways. I look for dog accounts with between 3,000 and 10,000 followers, give the influencer a sample of my product, and they take pictures with it to post on Instagram. They then run a giveaway where their followers have to follow my account in order to win.

These work well because influencers of this size don't get a lot of sponsorship from brands, so when you reach out, they're often very receptive. They rarely ask for anything more than a free product, and they're genuinely enthusiastic when they post.

So you've started small—now what? Getting your first few sales is a great feeling, but you need to keep selling more in order to have a real business.

Since these folks are already inclined to talk about your business, give them a good reason to. You don't need a wildly complex affiliate scheme where they get a percent of sales they refer. Instead, just something like a discount on their next purchase for each referral or a small gift is great. You're not looking to give major incentives to convince people to talk about brands. All you want is a little nudge to people who would already say good things if asked.

If you want your early adopters to feel connected to your brand, include them in its decisions. When I was at the point where I had to make a decision on what our second product would be, I emailed my list with two options and asked them to select one.

This worked on a number of levels. First, that email got a very high level of engagement. Second, almost everyone voted for the same thing, which was really helpful. Third, I followed up with all the folks who voted for the winner before I launched it, and I gave them a discount code and the ability to pre-order as a thank you. That drove sales right away and helped to get some early reviews, which are really important.

If you take one thing away from this, let it be this: capture people's emails. Email marketing is incredibly cost-effective, and it's really important for new businesses. You're likely to meet a lot of people who like what you have to say but just don't think your business is mature enough to buy yet. If you have their emails, you can follow up as you grow and improve. If they gave you feedback, you can reach back out once you've incorporated it. Building a passionate base of customers means communicating to them regularly, and email is far and away the best way to do so.

When you're using email, because you're no longer face-to-face, you may have the urge to revert back to the impersonal with promotions and discounts. Resist that, and keep engaging in meaningful ways.

When you join my email list, you receive four emails over the course of about a week. The second email is focused around this interview with me about the story of starting Cooper's Treats that was published in Thrive Global. I think it's the perfect introduction to my business (and the fact that it's in a major publication lends me some credibility as well) because it doesn't just tell what my business is or how I started it—it talks about why. The what and how of your business make people choose to buy. The why makes people care.

I hope I've convinced you that small isn't a bad word; rather, it's an asset that can help you gain not just customers but ardent supporters. While many startups are out there trying to convince the world that they're bigger than they are, at Cooper's Treats, we're not shying away from being small—and we hope you won't either.

Alex Willen is the Founder of Cooper's Treats, a premium dog treat business that he founded during the pandemic. He spent a decade as a product manager in Silicon Valley before leaving to start his own business, and he's never looked back. He lives in San Diego, CA with his wife Maggie and two dogs, Cooper and Maple.