What it's Like to Take a Long Paternity Leave

August was fast approaching, and my son's due date was roughly two months away. At the time, Zapier did not have an official parental leave policy. No employee had had a child yet, so we hadn't needed one.

Previous employers had given me the standard two weeks of leave, so I expected something similar when Zapier CEO Wade Foster told me the company was doing research to figure out a fair plan. When he came back and told me "fair" was 14 weeks paid leave for any new parent, I was dumbstruck. I had to re-read the message then ask if he had made a typo.

Once he confirmed, I was flooded with a rush of conflicting emotions. Fourteen weeks sounded incredible—but what was it going to be like with that much time off?

I was excited and thankful, yet there was a sneaking suspicion that maybe I wasn't supposed to actually take the full time. Maybe 14 weeks was the limit, there in case something happened and I needed it. Besides, I was not the one having the baby; shouldn't I take a shorter leave?

Do I even want to take that much time off? Think of how much will change in our small, fast-growing company.

As I wrestled with these thoughts, Zapier assured me that yes, I really could take as much or little time as I wanted. It didn't matter that I was the dad instead of the mom. It didn't matter if everything went perfect and I just used the time to dote on my family. "Enjoy it," they said.

When the time came, it was a little strange saying goodbye to the team. The sendoff felt a bit like I was leaving the company for a new job. We all knew I would return, but it wasn't a "see you next week" kind of moment. We scheduled my tasks to wrap up a few days before I left. It was a clean break. I would miss an entire cycle of projects, then come back to a brand new set of tasks.

Bittersweet feelings of leaving the team faded to joy, excitement, and exhaustion with the arrival of my son. As the first two weeks flew by, I wondered how I ever thought that a short leave was sufficient to adjust. My wife and I were up during the night. The demands of a new baby made it more difficult to keep up with our other kids. We barely had a routine down. 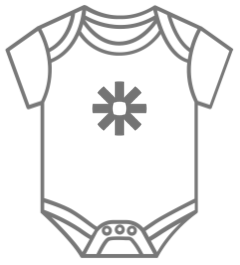 Somewhere in the fourth week, I finally settled into my new normal. Spending the day with family and doing things a stay-at-home parent typically does felt foreign compared to days spent programming, problem solving, and reading technical documents. At times I felt unproductive and restless. In fact, overcoming those feelings was perhaps the hardest part of being away. Accustomed to using my time and energy to build software, it was difficult to feel satisfied in this other role. I reminded myself, however, that being at home was accomplishing something, just a different kind of goal from what I was used to.

Work didn't enter my mind too often—or at least, I forced it not to. I unplugged, turning off all notifications on my phone and closing work-related apps on my laptop. I allowed myself an email check about once a week, out of my own personal desire to not have a big inbox when I returned, and skimmed the internal company blog for updates on exciting news (like that three co-workers were also expecting!). Beyond that, I did not let work occupy my mental energy. Family first. Family, and one other thing…

My list. Before taking my leave, I made a list (a long one) of all the things I wanted to accomplish. It included projects around the house like painting doors, chores like organizing years of photos from all our devices, and topics I'd always wanted to study further. I thought I was going to have so much time, that this was going to be a mini-sabbatical.

Somewhere in the fourth week, I finally settled into my new normal.

I laugh at how naïve I was. After 14 weeks, I only completed one item, and partially finished a couple others. I'm sure this contributed to the restlessness I mentioned above. I had exchanged to-dos from work for lots of self-assigned to-dos.

I found that the reasons I unplugged from work applied equally to my list. The point of the long break, for me, was to ease the transition, help out my wife, and spend more time with our other kids. Burying myself in the garage or office was basically like going to work, and missed the point of the leave. So, the list mostly got the boot, and I instead focused on my family.

Coming Back from Parental Leave

Returning to work was surprisingly easy. Since all my projects shipped before I left, there were no impending deadlines to meet. Keeping up with email meant no mountain in the inbox. Most satisfying of all, I declared bankruptcy on any transient conversations that occurred while I was gone. I did not go back and read all the previously skipped entries on the internal blog, and clicked Mark as Read on all the Slack channels. Whatever major changes happened I figured I would learn as needed. I wasn't going to be involved in the decision making, so I didn't need need to know the road that got us there, only the result.

I declared bankruptcy on any transient conversations that occurred while I was gone.

Another thing that helped the transition back was that I did not start on a new project right away. Instead, I jumped on our technical support. A week of small, focused tasks (fixing bugs in my case) was a great way to get back in the groove and feel like I accomplished something each day. Judging by how many I fixed and how fresh I felt, I think it's fair to say that the extended leave benefited me.

What Made Parental Leave Successful

There were several key things that made the extended leave work. The first was my team. They knew I would be gone, and there was no expectation (written or unwritten) that I would stay connected. No emails, no chat mentions, no text messages or phone calls that I had to answer. My team respected that boundary, and it was a big relief. They would occasionally CC me on emails or mention me in threads that I might want to know about when I got back, but the intention was to keep me informed, not require input.

The second element was my manager, Bryan. He, like my team, respected the boundary of not reaching out for work-related questions. He did show he cared, though, by sending a couple of short text messages every four weeks or so, simply asking how I was doing or giving good wishes. The infrequency of them was enough to let me know the team hadn't forgotten about me, without being intrusive.

Lastly, the paternity leave worked because I had the confidence to unplug. All the reassurance beforehand let me know I could take the full time off and did not have to do anything while away. My team being smart and capable kept me from stressing because I knew nothing I forgot would slip through the cracks. Having that confidence made the break a relaxing and enjoyable experience. I'd happily do it again.

What You Can do as an Employer

It's well worth it to give your employees that time off. Two or three weeks is not enough time to come back fully functional. I thought 14 weeks was great, but had it not been for my wife being able to continue caring for our son, I probably would have wanted longer until I was comfortable putting him in childcare. In fact, some childcare options require that a child be a certain age before enrolling. As is, I started to feel ready to return around week nine or ten, so the extra weeks on top were like a bonus.

2. Ensure You Have the Process to Match

It's pointless to give an employee a lot of time off if they are a bottleneck to a process that can't be worked around. You need to be sure that the rest of their team has capacity to cover their work while they are gone. This also prevents a stressful return by avoiding a mountain of tasks the employee must do when they come back.

3. Ensure You Have the Culture to Match

If the team has an attitude of "just this once" with regards to roping in their co-worker who is on leave, that co-worker will never get an actual break. The co-worker is not on call—they are on leave. You have to be willing to let them go for that time, and willing to get them back up to speed when they return.

Further, you cannot punish employees for using the entire leave. Any sign of positive treatment to employees who take less time will eventually create an atmosphere where no one feels comfortable using the full benefit.

A generous parental leave policy is a way to show your employees you value them and a healthy work-life balance. Other companies like Buffer, Facebook, Netflix, Amazon, and Microsoft are figuring this out. My hunch is that you'll find it's not as hard as you think, and you'll have a happier team for it.

Related: Learn more about how the Zapier team works in our Ultimate Guide to Remote Working.

Brian Cooksey is the Platform Engineering Lead at Zapier and Missouri native.