Code vs. low-code vs. no-code: When to use each one

As a millennial, I've gotten used to my parents asking me about everything tech-related. And since I started working at Zapier, my dad (who owns his own business) started asking me when he should use developers to build his own systems versus opting for a low-code or no-code platform to help him instead.

Before I dive into what I told him, let's briefly go over code, low-code, and no-code basics.

Low-code development requires some coding skills—but it's a massive shift away from full-code development. With low-code programming, software engineers can build and change applications faster using APIs, drag-and-drop capabilities, code templates, process flows, and more. This makes it easier and quicker for businesses to deliver new processes and app functionalities than if they were to build with code alone.

Streamline work across departments with automation
Learn how

No-code platforms typically allow people without any coding knowledge to build computer software. In other words, no-code software empowers individuals with no technical skills to build apps that work with an organization’s current infrastructure and fit into existing workflows. Like low-code tools, no-code tools include features like drag-and-drop capabilities, process flows, visual tools, and more.

No-code development is an attractive option for businesses because it's adaptable and easy to build—and anyone can use it.

Here's an example of what you can do with a no-code automation tool. Without using any code, Zapier allows you to create workflows that send information across thousands of apps. Instead of needing to understand APIs and code up a solution, anyone can use the visual builder to make the magic happen. 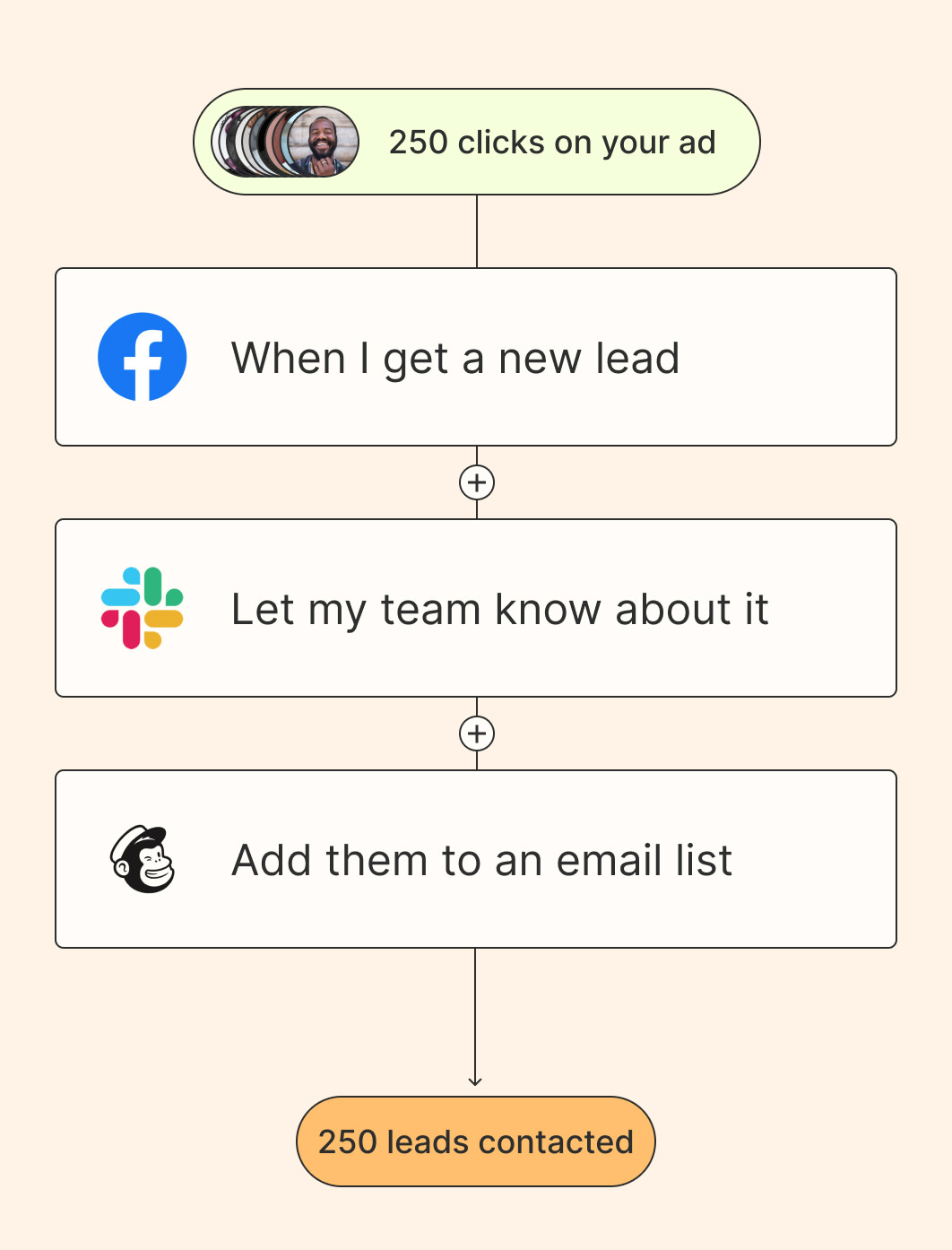 Learn more about no-code and why you should care.

When to choose no-code vs. full-code

Here are the other things your business should think about when deciding between code and no-code solutions:

Let's use Zapier as an example. We have an amazing team of software engineers behind the scenes writing the code that powers Zapier the platform. Building our product is complex—it requires full customization and admin capabilities.

But there are plenty of processes and operations that we use no-code software for. For example, our Learning and Development team saves thousands of hours thanks to no-code apps. Without any code, they were able to build their own systems and processes, which allows them to move quickly, adapt without delay, and not monopolize valuable software developer time.

Although Zapier is a no-code platform, you have the option to add customizability with your own code. Learn more in our guide: Code by Zapier: How to add customizable triggers and actions to your Zaps.

No-code is the future of business

In one of our market surveys, we found that 90% of no-code users think their company has been able to grow faster due to its no-code usage.

A low-code or no-code approach reduces cost and time, making it a desirable option for businesses looking to streamline development and processes. Low-code and no-code platforms won't replace expert coders and traditional developers. Still, they allow businesses to scale in ways that weren't previously possible, making them a powerful tool for the future.

So, I told my dad that he should try no-code first and see if it gets the job done. If so, there's no reason to pour resources into a full-code solution until he's sure it's necessary.

Ellie Huizenga is a content specialist at Zapier based in Phoenix, AZ. When she's not working, you'll find her in the mountains either downhill skiing or on a new hike.