Technology is the backbone, and Achilles heel, of the youngest generations in the workforce

Millennials and Gen Z have heard a lot about their work ethic and attitudes. Turns out they disagree with most of it.

These younger generations, all digital natives, are also extremely comfortable with technology. An overwhelming majority are willing to automate parts of their job, for example. We learned all this, and more, by commissioning The Harris Poll to survey a cross-section of Millennial and Gen Z workers. Here's more of what we learned.

About Zapier: Zapier helps more than 4 million people grow their businesses with the power of automation by connecting over 1,500 apps. Founded in 2011, Zapier has always operated as an entirely remote company, and today has nearly 300 employees working in 27 countries around the world.

Younger generations have a reputation for avoiding responsibility and jumping jobs at a moment's notice, but is that accurate? Our data shows that more than half of Millennial workers are managers and plan on staying at their current job for a total of ten years. 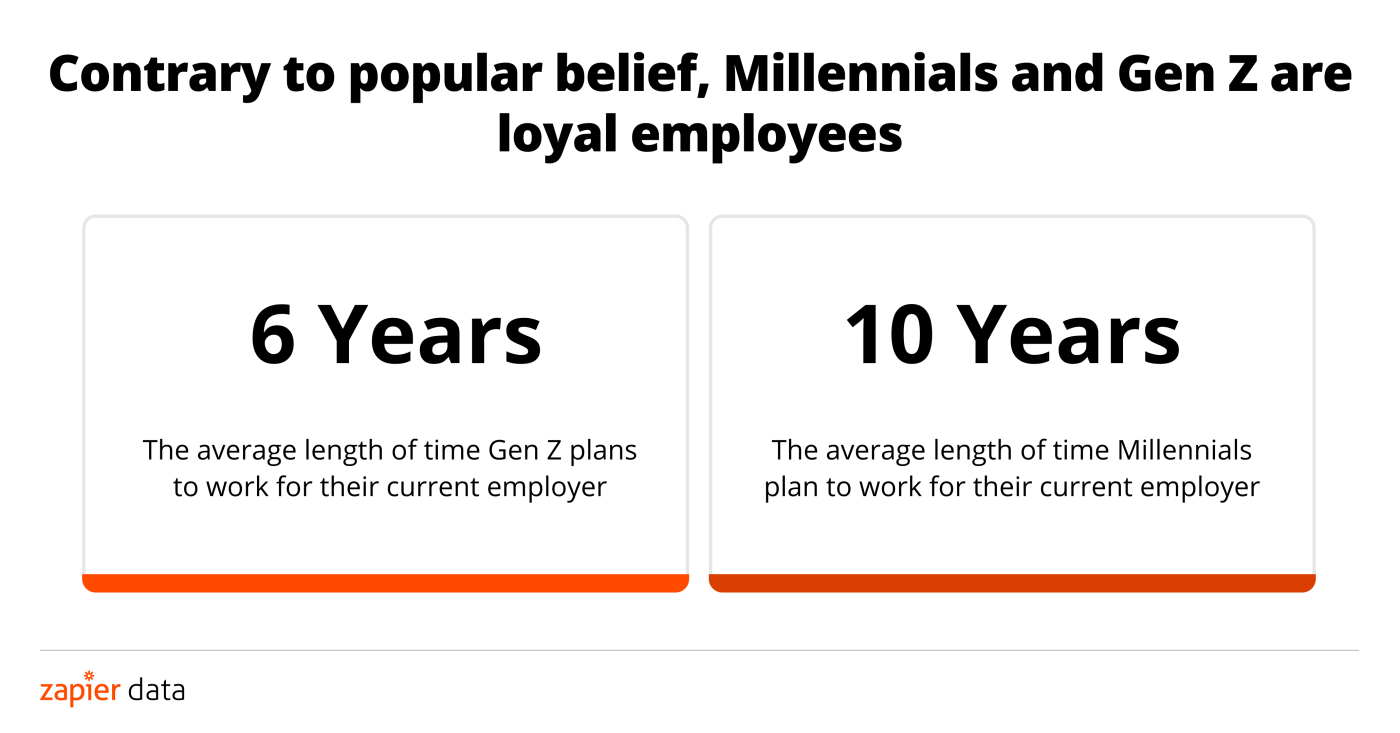 The majority of young managers refuse to hire candidates with no basic computer knowledge, and younger employees are willing to walk away from a job with bad tech. Young workers also see automation as a way to get more done. 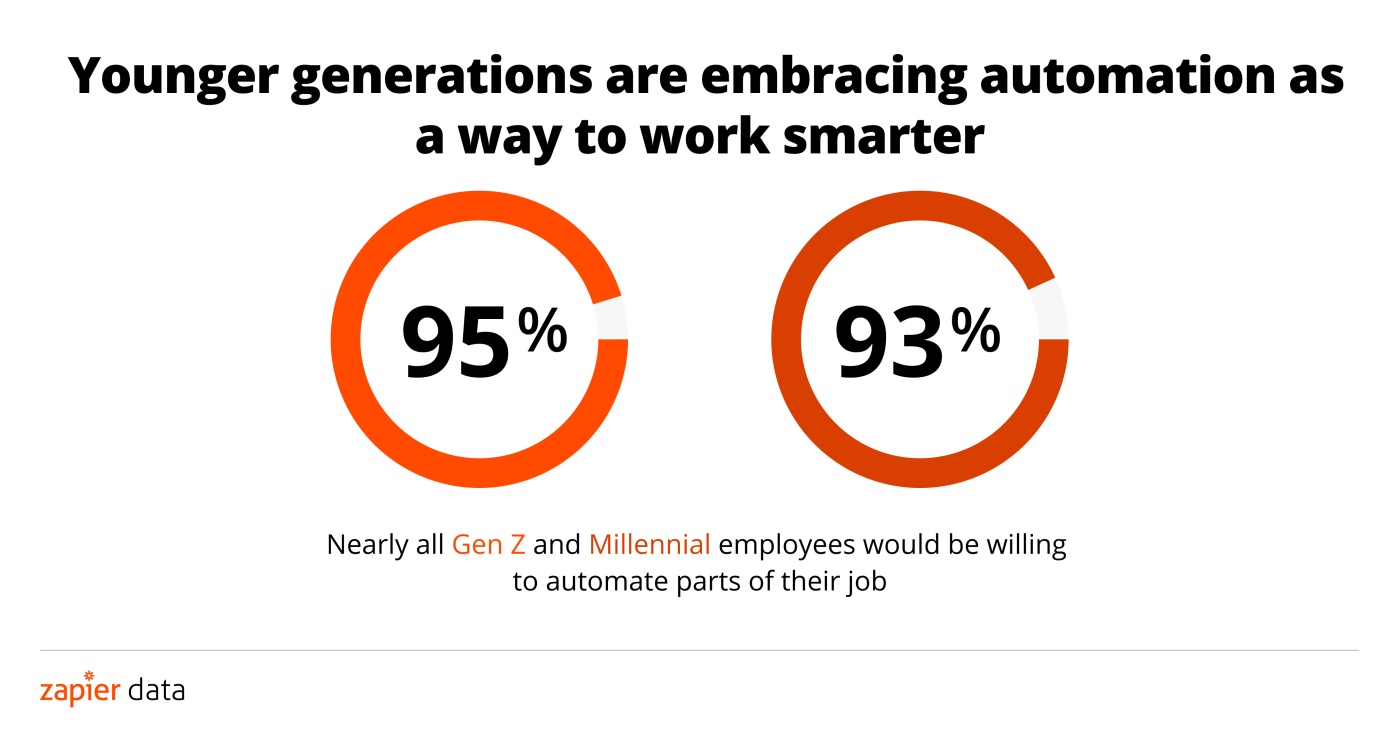 Social media addicts? More like workaholics. Tech overload could be behind employee burnout 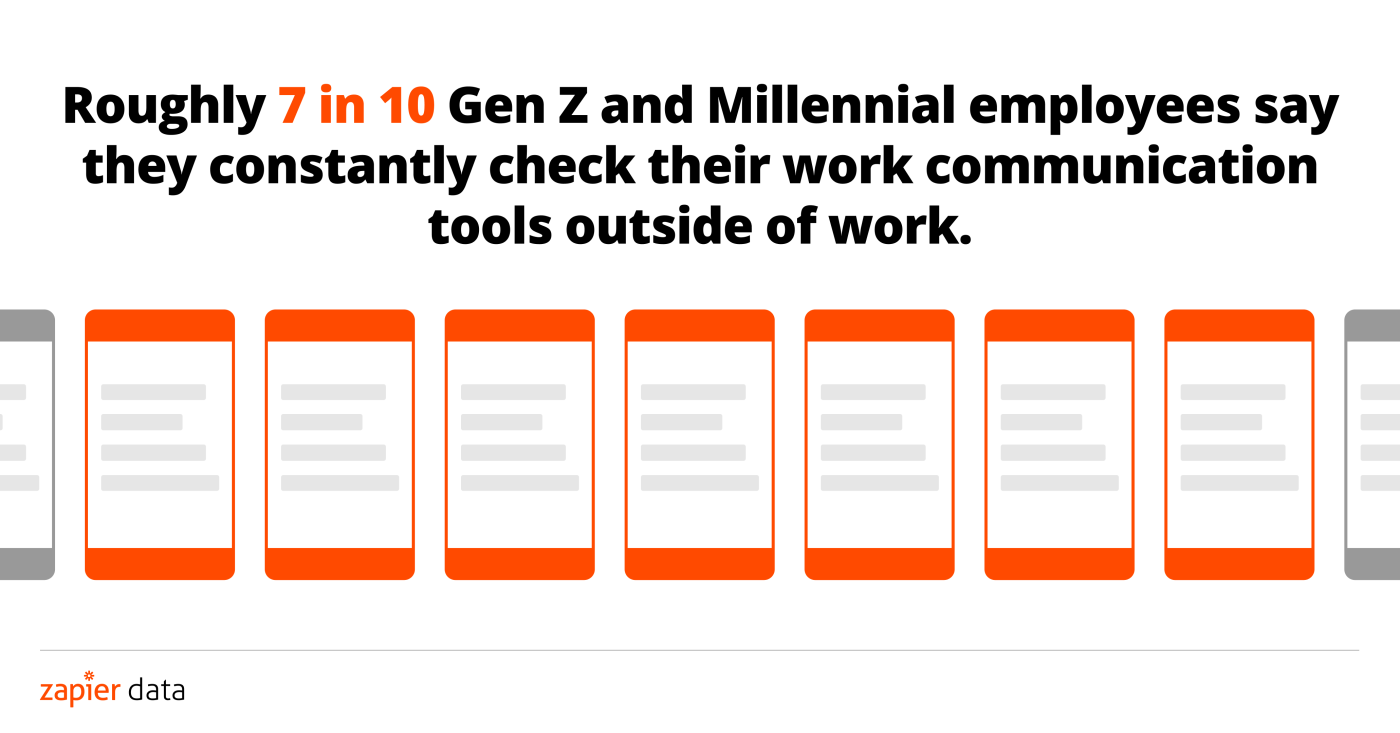 Younger workers overwhelmingly see work as core to their identity—even if they can't explain their job to their parents. 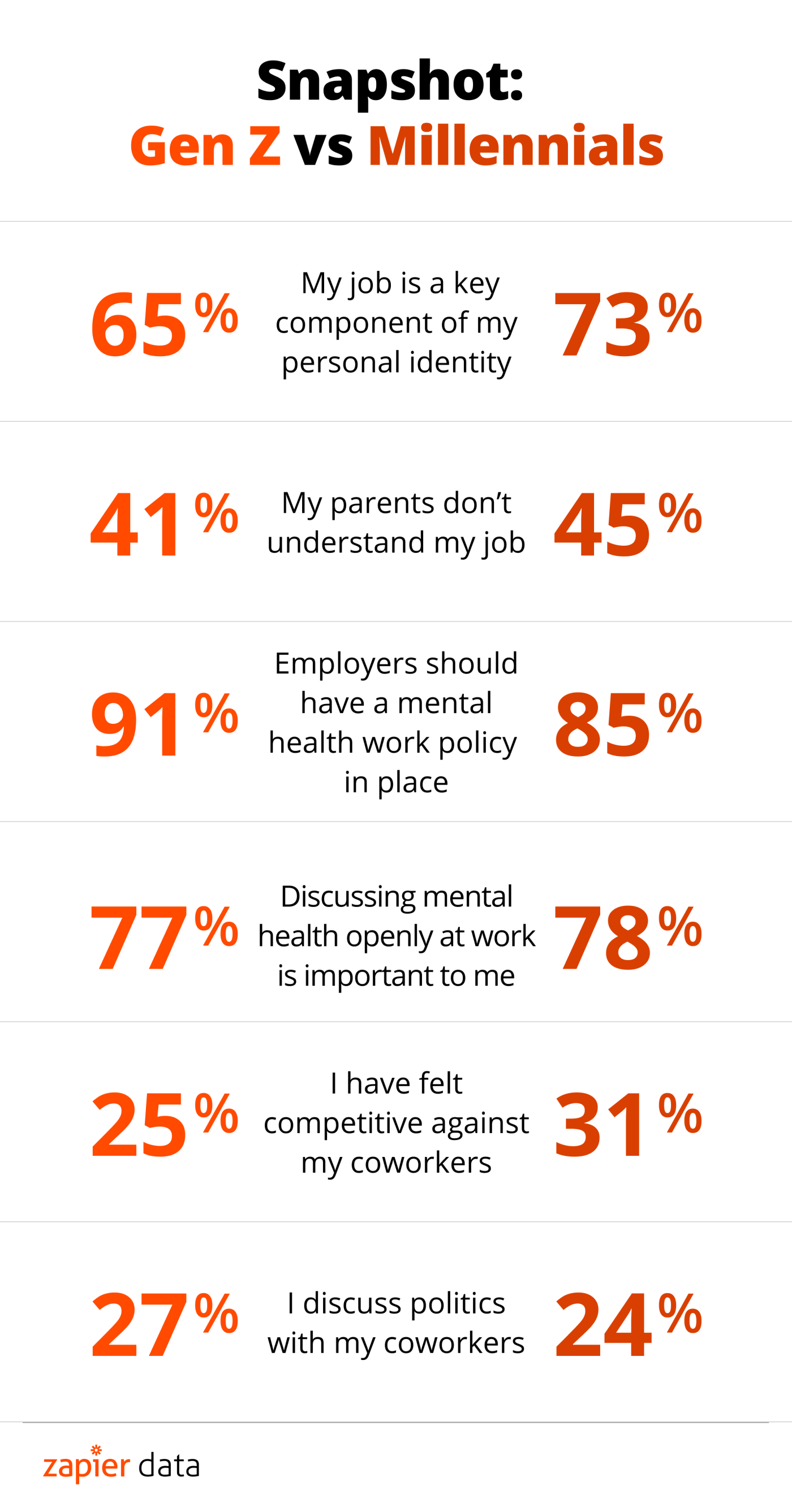 Methodology: This survey was conducted online within the United States by The Harris Poll on behalf of Zapier from January 8-10, 2020 among 519 Gen Z U.S. adults ages 18-23 and 519 Millennial U.S. adults ages 24-39. This online survey is not based on a probability sample and therefore no estimate of theoretical sampling error can be calculated.