I reluctantly joined Twitter six months after it launched, in early 2007, when I realized everyone I knew in the industry was using it already. Since then, I've had my ups and downs with it, but fifteen years later, the tenor on the site changed.

Advertisers are fleeing, controversial figures banned for life are being welcomed back, and a number of basic features like changing your username or using the search function no longer seem to be working as well as they once did. It's a network over 16 years in the making, but its future seems less rosy than ever.

Last month, I decided to make a change. I downloaded my entire archive at Twitter, deleted every tweet, and set my account to private. Then I moved to Mastodon, where I've had a dormant account since 2018—and I've been actively posting there ever since.

If, like me, you're ready to make the switch, stick with me. Here, I'll walk you through the process of moving from Twitter to Mastodon in the smoothest way possible. 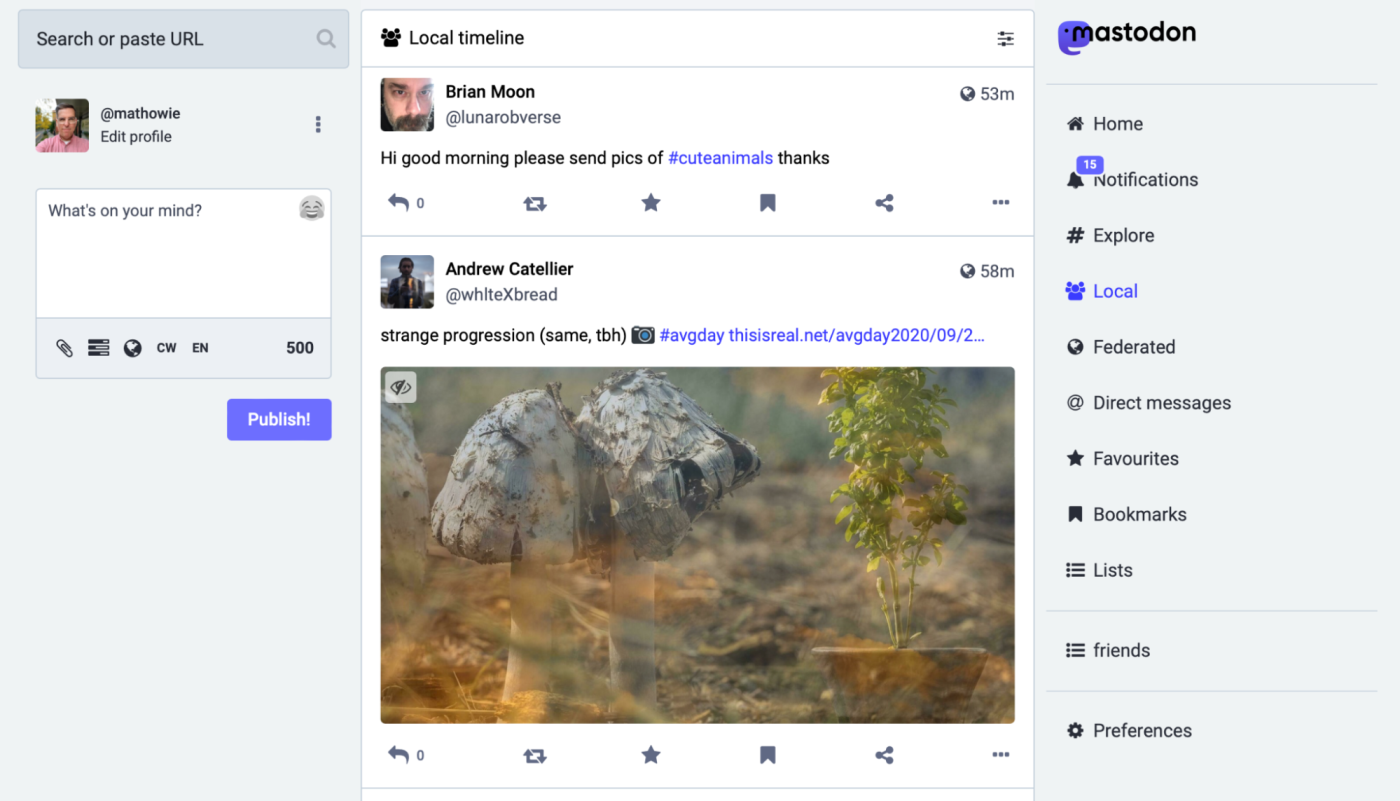 Mastodon is an open source system for sharing short updates, much like the ones you'd see on Twitter.

It's been around for about a decade, and is currently led by developer Eugen Rochko. The big, central idea of Mastodon is about "federation," where thousands of different servers (also called "instances") talk to each other. That kind of co-op style, everyone-works-together approach is completely different from traditional software, which centralizes everything, often having a single company owner and centrally-hosted service.

With Mastodon, there's no one authority or person in absolute control of the social network, and every instance can choose to accept or block content from other servers on a case-by-case basis.

Mastodon honestly feels like using Twitter in 2008. Back then, it was a weird new place to share short updates that were broadcast to the world—and no one was sure what to do with it at first. But then you had politicians and comedians and famous people and unknown people (who later became famous) dipping their toes into it, trying things out, until eventually there were a bunch of good reasons to read Twitter and post yourself.

With Mastodon, it's a lot like those early Twitter days. You've got millions of people using the space to share with others. Everyone is experimenting with the unique features available on Mastodon. And though there's an official Mastodon client for Android and iPhone, there are dozens of independent developers who have created their own clients on app stores, all putting their own personal spins on how to read, post, and interact from your phone.

Mastodon is also a place where if a server admin really wants a new feature, they can build a working prototype, launch it into their own instance, and—if it works and is deemed an improvement—they can contribute their code to the larger project, where it's eventually shared with everyone else.

It's an interesting approach to the same kind of tool as Twitter, but it comes with a bit of a learning curve.

How to get started on Mastodon

The first speed bump on the road to Mastodon is that you have to pick a server that you want to start your account on.

Much like email, your server is part of your account name, and it's how people will find and read your posts. Migrating to a new account on different server instances isn't too difficult, but it does have drawbacks, and the best way to avoid it is by picking a good server upfront.

For most people, the biggest server (run by Rochko himself) will fit the bill at mastodon.social. It's been around for years and will likely stick around for many more. Just keep in mind that there are a great number of users on the server, and downtime isn't out of the question in these early days of steady growing pains as millions flock to the network.

Your next best bet is to Google "mastodon instance" along with a keyword that describes some aspect of your own life, to see if there's an instance tailored to your interests, personality, or some other trait. There are Mastodon instances based around countries and major cities, around jobs like librarians and journalists, and around personal identity like Black users leaving Twitter.

The advantage to joining a specific server is that you can read the Local timeline of recent posts by everyone on that server. If you want to find other like-minded researchers or people in Paris, you can view the local timeline to find new people to follow. For the larger servers like mastodon.social, the local timeline is so varied and multi-language that it won't be nearly as useful as your own federated feed of those you follow. 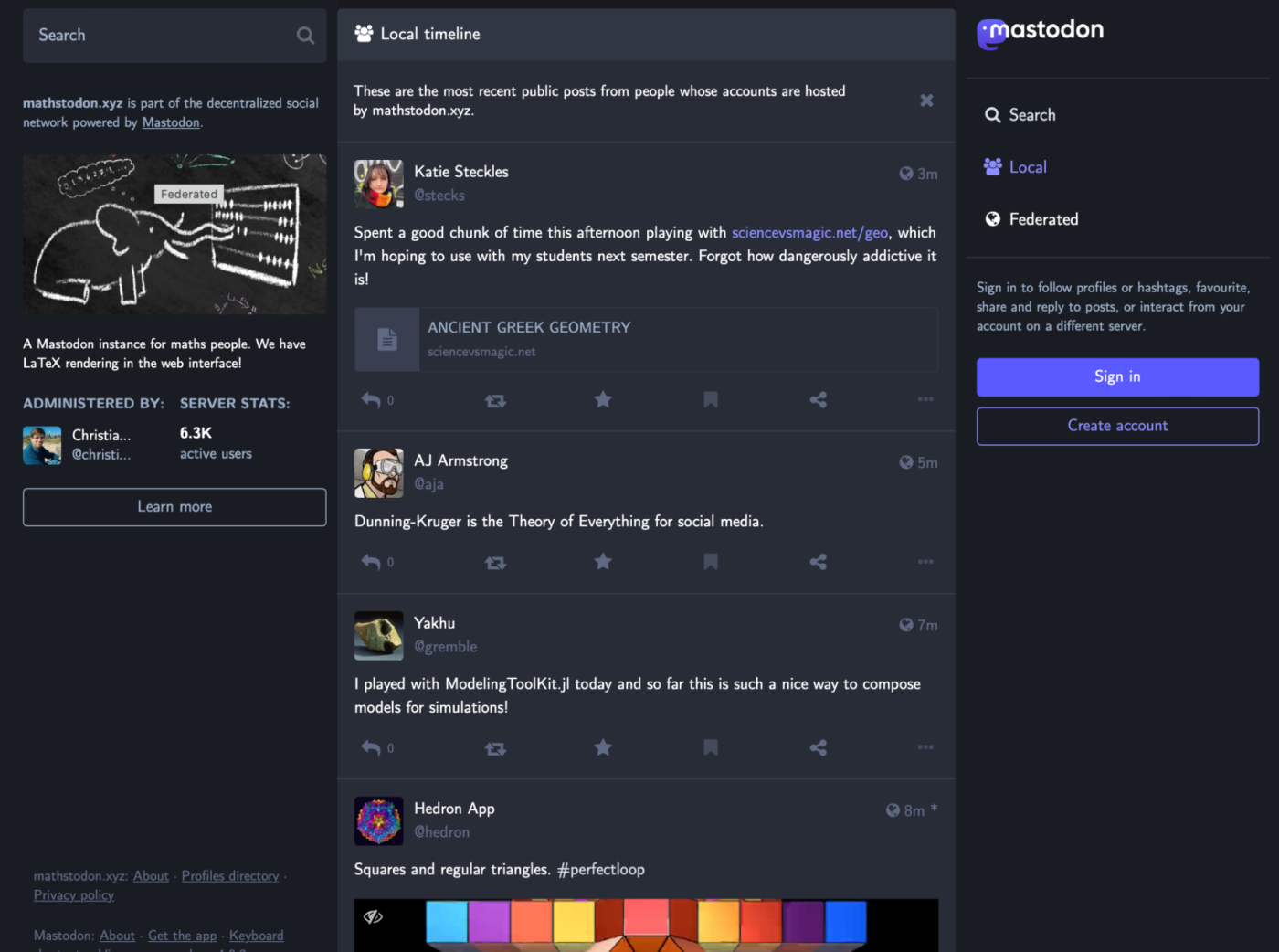 Once you decide on which instance you'll join, sign up for your new account. Download a client to your phone, and sign in to your new server to read it on the go as well. You're just getting started, but the most difficult part is done.

The process is easy: just log in, grant it access to your new Mastodon account and your old Twitter account, and you'll be presented with a page full of dozens to hundreds of people you once followed on Twitter. Hit the Follow all button to add them all at once. Jump back to your new Mastodon server, and hit refresh to see new posts from all your old Twitter friends.

I used the tool to get started, and I still re-run the process about once a week to catch dozens of old friends who recently made the migration.

One note: to help people find you and your new Mastodon account with this tool, add your new Mastodon username to your Twitter bio, as text in the format of @username@server-name. So in my case, my dormant account at Twitter, which once had over 30k followers, now mentions @mathowie@xoxo.zone, where my main account now resides. That's how this tool links the two networks. 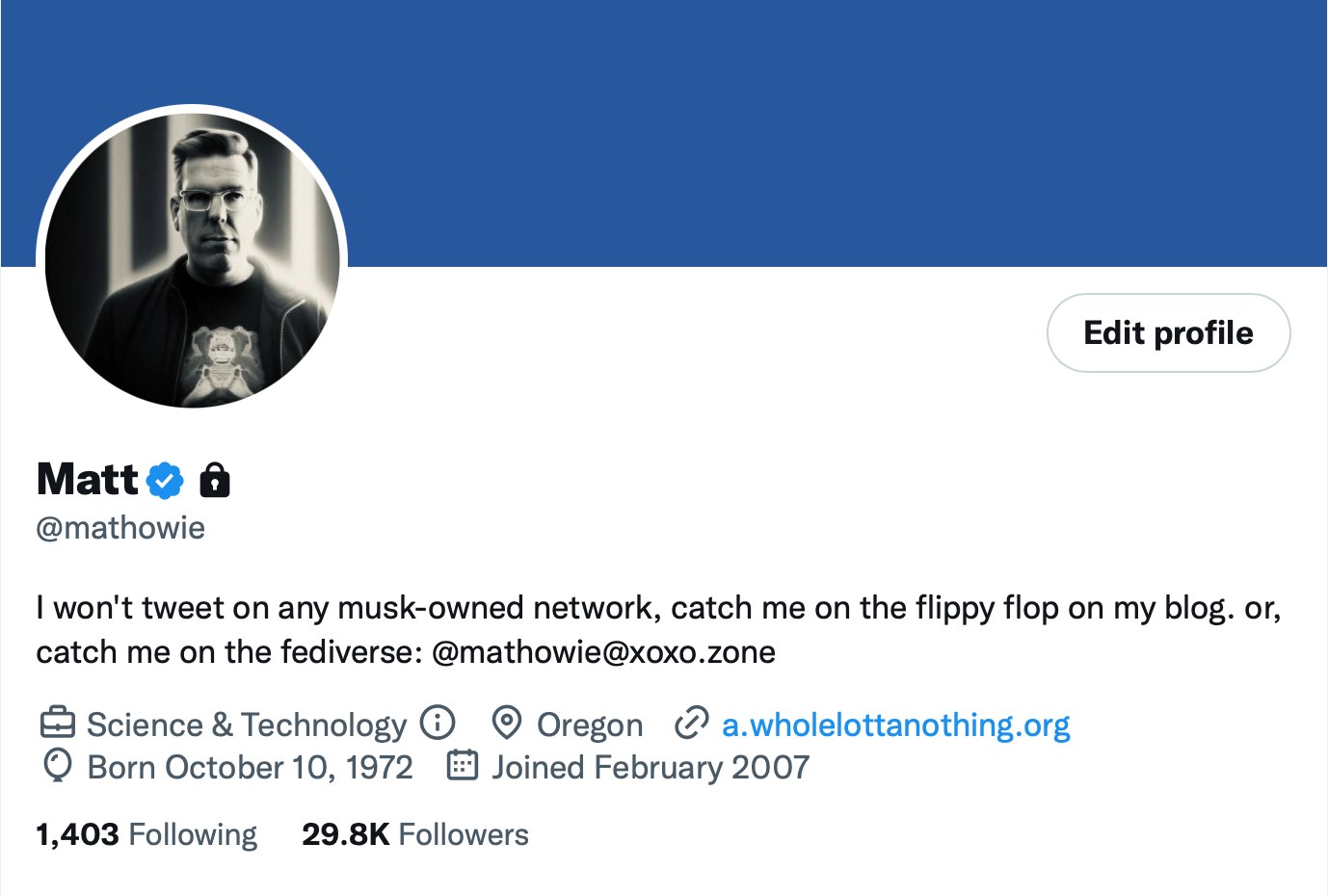 I added a pointer to my Mastodon account in my Twitter bio so others can find me there.

Mastodon is a lot like Twitter, but it has plenty of its own quirks and features. It's fun to explore the limits of any new kind of social software, so here are some highlights, especially in relation to how it's different from Twitter.

Gone are the days of being limited to a short number of characters. On most Mastodon instances, you can go to 500 characters, nearly double the limit on Twitter. Thankfully, people rarely use all the space, but a lengthy thread can be easier to read when more content fits into each post.

You can edit your posts

As Twitter spent years figuring out how to implement a limited edit tweet feature (that costs $8/month), Mastodon has for years let you fix typos with a Delete and redraft option, which gets rid of your post but puts all the same text into a new post form, where you can edit and immediately republish it (you'll lose all favorites and replies, though).

Mastodon 4.0—recently released and running on most instances—also just added a native way to edit any post or reply you've made at any time. It's an even more powerful way to fix something small, even if it's already been seen by others (and you won't lose replies or favorites).

One feature baked into Mastodon that's new and powerful is a simple way to auto-hide the text of your post from your timeline but give people a heads up on why they can click to reveal/read it. It's called a content notice.

It's not just for posting about sensitive issues that might shock your readers: you can use it to talk about TV or movie spoilers (just be sure to label it as such so folks can avoid it if they want); you can talk about Mastodon or Twitter and hide that kind of navel-gazing from everyone but those interested; you can talk about current scores of ongoing sports matches without annoying any fans that aren't watching live. The list goes on.

The top screenshot is a post using a content notice to hide the rest of its message. The same post is shown below after you click the Show more button to expand it in place.

One small, nice feature of Mastodon is that whenever you vote in a poll, as the poll closes, it appears in your mentions. That way, you know the final results of the poll exactly at the moment it closed. It's a nicer way to do polls that Twitter could have added years ago, but never did.

There aren't any algorithmic timelines

Your timelines on Mastodon will feel familiar because they're a lot like Twitter and other social networks. Once you're following a few hundred people, you'll have a rich, diverse bunch of posts to read, and you can reply to others and write your own posts.

Given the smaller numbers on Mastodon vs. Twitter, you'll probably notice patterns where everyone goes to sleep as posts dwindle during the night. There currently aren't algorithmic timelines, so things will be time-based, but most instances have tools showing popular recent posts if you're looking for the most thought-provoking or funny content.

DMs are different (be careful)

The direct message system is much different and much less secure on Mastodon. Anyone you at-mention in a DM will see your message, so you'll probably want to avoid it for any sensitive conversations.

You can control where your replies are shown

On Mastodon, when replying to a post, you can choose whether to hide or show it on your own timeline.

If you want to verify your account, you can add a short bit of HTML to your website or blog listed on your profile, and it'll give a little more credence to others that you are who you say you are.

It's still early days, so famous people and your favorite people from Twitter might not be there yet. My timeline on Mastodon skews much more nerdy with lots more programmer talk, since all the writers and journalists and interesting comedians haven't made the switch yet. Still, Mastodon is generally a warm, supportive space, where everyone is more than happy to help anyone out—and the whole thing feels much less anonymous than being one of hundreds of millions all using Twitter to shout together into the abyss.

That's it, now get tootin'

If you're keen on switching from Twitter to Mastodon, know that after a short bit of setup, it's quite easy to get up and running and explore all the new features and options available. 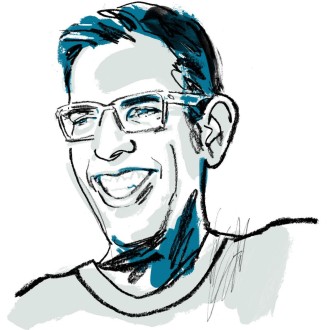 Matt Haughey is an early blogging pioneer who spent 7 years at Slack and is currently working as a freelance technology writer.