How The Soldiers Project Trains Its Volunteers Faster Thanks to Automation

Over the past decade, 2.5 million soldiers valiantly served their country in the U.S. military. Teenagers who just graduated from high school, college graduates who just earned a degree, and parents who've just had a child—they're ordinary people. Unlike most Americans, though, they've lived through days that still haunt them.

"They have seen and done things that just shattered their whole sense of themselves," Judith Broder, founder of The Soldiers Project, told NPR.

Broder found a way to help: Following a career as a clinical psychiatrist, she started The Soldiers Project to provide free counseling to not only service members returning from war but to their families, too.

That was in 2010, and back then it was just Broder. Today, there's more than a dozen team members offering mental health services to soldiers across seven states.

To reach their end goal—helping soldiers—the team enlists and trains a network of clinicians. While the enlisting stage has an efficient process, the training stage has always been a bottleneck.

"Our data was living in three separate platforms and we would have to manually enter the information from one platform to another," says Natasha Medina, the project's National Program Director.

"Imagine the time it would take to have to basically register all the attendees in each platform in order the keep the information accurate and synced."

All that time on tedious manual tasks takes away time that could be spent expanding their network and reaching more soldiers.

Freeing Up Time to Do More 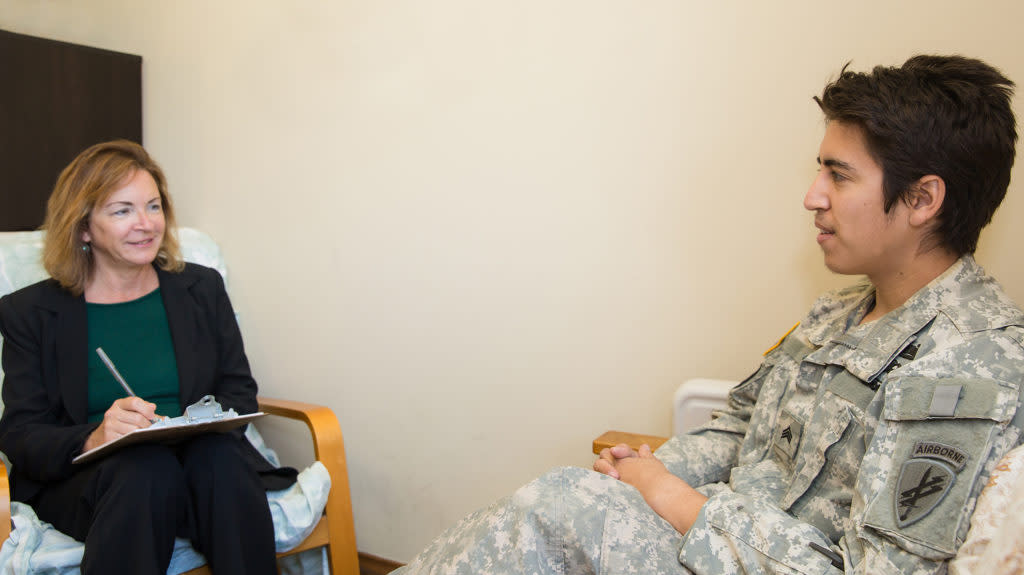 Faced with the never ending task of keeping their data up-to-date, The Soldiers Project went looking for a solution that would get their apps talking to each other. They needed Eventbrite, an event registration software, to send registrants to both AnyMeeting, a webinar software, and Salesforce, their customer database.

"Zapier saves staff time because it eliminates the need to manually enter information from one platform to another," says Medina.

"Zapier lets staff get back to what The Soldiers Project does best—providing free mental health services to post-9/11 veterans."

All images courtesy of The Soldiers Project.