It’s not every day a company makes in a week what would usually take six months. But after 15 minutes on Dragon’s Den—the UK predecessor of Shark Tank—Craft Clubs walked away with a £75,000 investment, a new business partner in Sarah Willingham, and, by the time the episode finished airing, nearly two month’s worth of business. By the end of the week, that number topped six month’s business.

The UK’s biggest booze subscription service, Craft Clubs saw their numbers increase sixfold with the help of the software tools they had already been using. "Our tech stack stood up to that. So it's MoonClerk, Zapier, Google Sheets…all off the shelf. So we're doing serious revenues through a stack that is off the shelf, but has been customized through [app automation tool] Zapier," says Jon Hulme, Co-Founder of Craft Clubs. 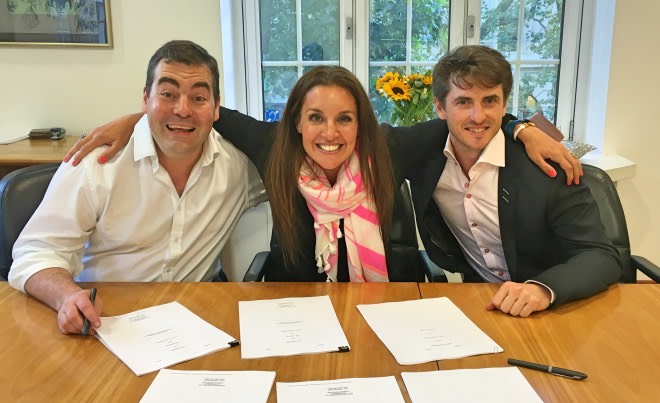 Since their appearance on Dragon’s Den in late July of 2016, Craft Clubs added staff to help them handle that increase, but not around IT. "We don’t have a technical guy on the staff, and we don’t have any outsourced technical help either," Jon says. "I'm the guy who builds [app integrations], Zaps. I'm the guy [who] manages Zaps, if you like. Well, frankly, once it’s set up, they look after themselves, which is great."

Back in 2015, Jon and his friend John Burke began Craft Clubs out of a love of Spain’s hand-crafted gins. Working out of bedrooms with little to no funding, they had to keep costs low everywhere they could. They built their recurring subscriptions on the payment processor, MoonClerk. MoonClerk integrates with Zapier, and, when Jon saw some of the recommended Zaps, he dove in, creating a simple Zap to add a row to Google Sheets every time a new recurring plan was created in MoonClerk:

This Zap allowed Google Sheets to become Craft Clubs' database. With Zapier bringing in all the data from MoonClerk, Jon wrote reporting scripts to help with everything from forecasting to shipping reports.

When Jon tells other subscription box owners Craft Clubs runs off of Google Sheets, some Zaps, and a few MoonClerk forms, "you can start to see people thinking...that they wish they had taken a similar route."

The MoonClerk-Google Sheets integration was just the start. "When a new subscriber joins, we fire their details into Help Scout [from MoonClerk] to create a new customer. That way all of the details can be pre-filled in any future customer service interactions," Jon explains.

Try it for yourself:

When a potential customer fills out a form via Facebook Lead Ads, Craft Clubs uses Zapier to send a "Thank You" email via Gmail, including a link to a free eBook. While Zapier triggers Gmail, it simultaneously adds that new email address from Facebook Lead Ads to their marketing list in MailChimp.

Use these two Zaps now:

Building such a robust system cheaply gave Craft Clubs the opportunity to experiment without losing money if a new workflow didn’t pan out. "We’re not afraid to change or throw it in the bin if we have to," Jon explains. "Zapier's allowed us to bend those systems to our business."

What's your story? Tell us how you use Zapier to do more. You can also read even more customer stories and find new ways to improve your workflow.