How to rebuild your habits in the aftertimes

After spending nearly 15 months cooped up for lockdown, I've pretty much gone feral. Becoming a person again isn't easy, but I'm working on it. And you know what's helped the most?

Anything worth doing is worth doing poorly. I've been telling myself this, daily, since getting vaccinated. I've found that it's easier to act if you lower the barrier, so I've been riding the momentum of small, incremental actions to get big stuff done.

I spent most of lockdown in what I call my couch burrito: the blanket on my couch where I cocooned into a glorious hot mess, bingeing TV shows and eating an unspeakable amount of comfort food. 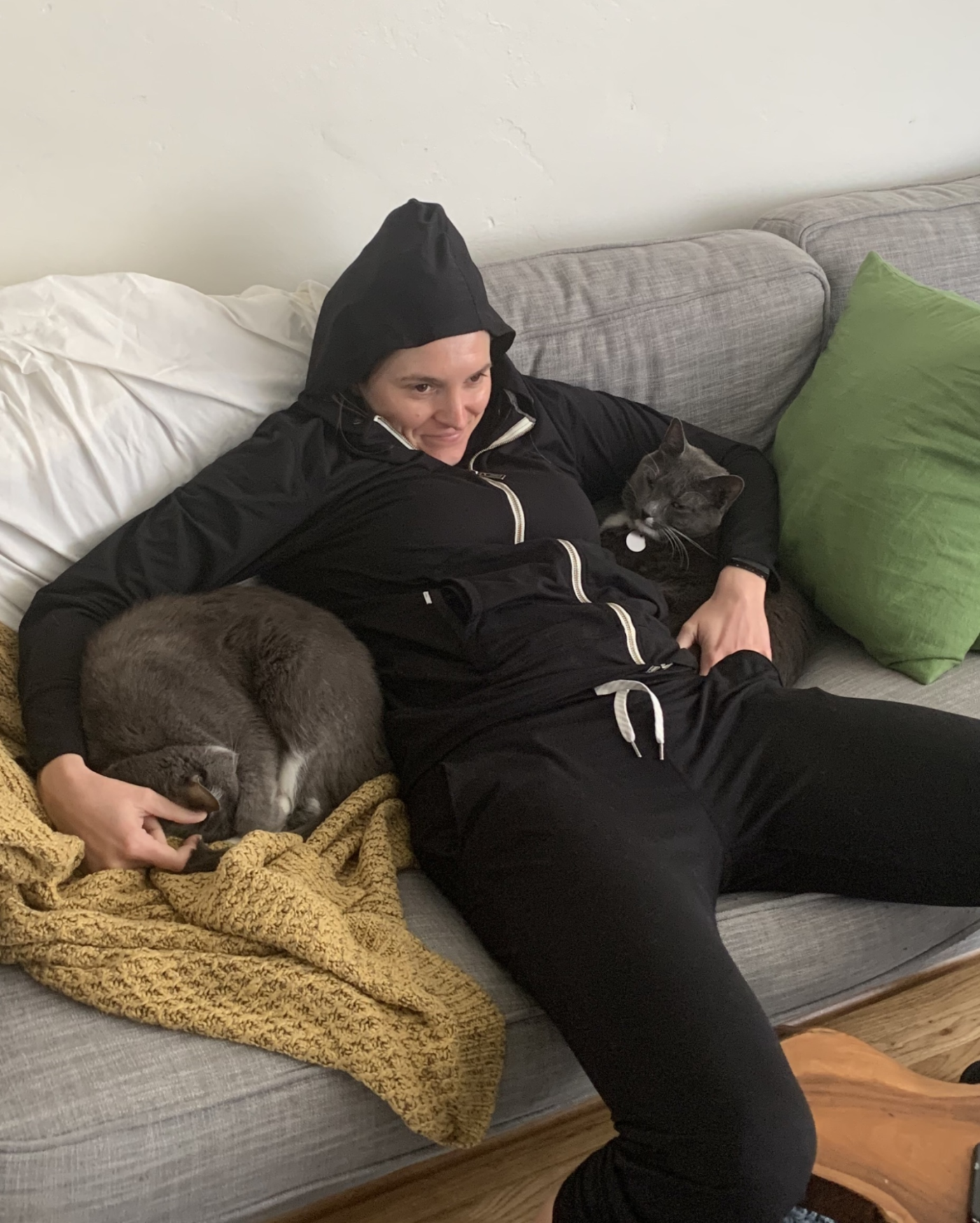 During that time, I lost a lot of what made me feel like me. I became untethered from my world in more ways than one. It felt like I had to get back to "Me"—at least a little bit—before I could comfortably dive back out into the world.

My life changed a lot in the past 15 months. I bet yours did too.

In my case, I made an abrupt career change because of safety concerns. The chaos, uncertainty, and gestures wildly left me also deprioritizing the foundational habits that make me feel most comfortable in my own skin. Habits like:

I know these things make me feel better, and through the lockdown, I'd tell myself I'll start doing them...tomorrow. And, then, instead of getting back on the wagon, like clockwork, my crippling mental health issues would pick up the reins and spin my wagon's wheels into a rut. Everything felt pointless and out of my control, so who cares if I felt good?

Trying to do something

As the vaccine hit my arm, a wave of relief, hope, and dread washed over me. I wasn't the same person who went into lockdown. In some great ways for better, but in a lot of uncomfortable ways, for worse. The thought of entering the post-pandemic world—especially in a new city—overwhelmed me.

I knew it was time to push the wagon out of the self-created rut. But, after 15 months of not moving, the rut was deep, and I couldn't find traction to get out.

I felt like I had fallen behind, on everything, by about 15 months. 15 months of pressure built up in my brain at once. 15 months of "shoulds," expectations, and stress-eaten pints of ice cream possessed me. The lure of getting back into my couch burrito to watch a solid season of Catfish tempted me like a person who, well, got catfished.

It's hard to start. It's harder to start when you expect constant perfection from yourself.

High standards are part of how I landed a job at Zapier, which is good. But high standards can also paralyze you. I expected so much from myself after going through several "once in a lifetime" events in a 15-month span. It was exhausting and soul-crushing. I knew I wanted to resume my healthy habits, so I could feel like me, but I thought I had to do everything perfectly immediately.

I wasn't able to rise to my own expectations, and I realized that maybe those high, pre-pandemic expectations were the problem.

Perfection wasn't working. It was time to do things poorly. Looking back at my list of habits, I told myself:

First up for me was exercise. I wanted to get back into my high-intensity kettlebell training and just...move more in general. 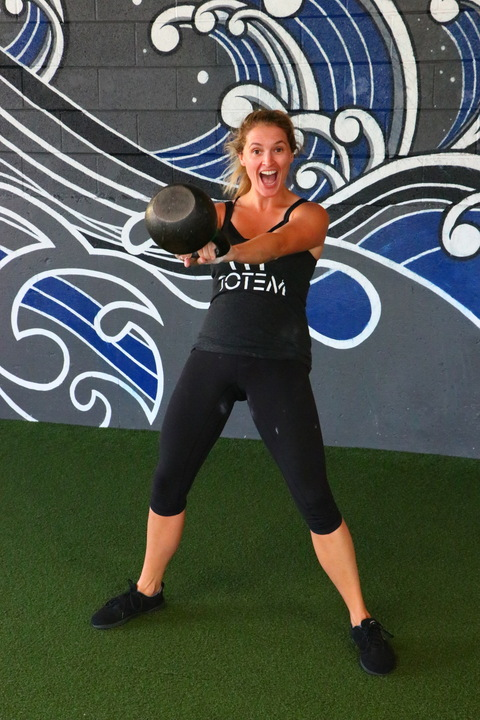 Enjoying exercise, perhaps a little too much, in the beforetimes.

Jumping back into the level of training I was hitting in the beforetimes was like trying to join Rocky in the middle of the Eye of the Tiger montage. It wasn't happening, so I started poorly.

On the first day of doing things poorly with exercise, I set a five-minute timer on my phone. For those five minutes, instead of sitting, I used my standing desk. The timer went off. I did 10 air squats.

"That was easy," I thought to myself. So, I set another five-minute timer and ended up doing five more rounds. Standing and air squats wasn't much compared to my beforetimes exercise peak, but it was more than I had been doing.

The second day, I went for a casual 20-minute walk before I started working. Then I stood and did air squats while I worked. 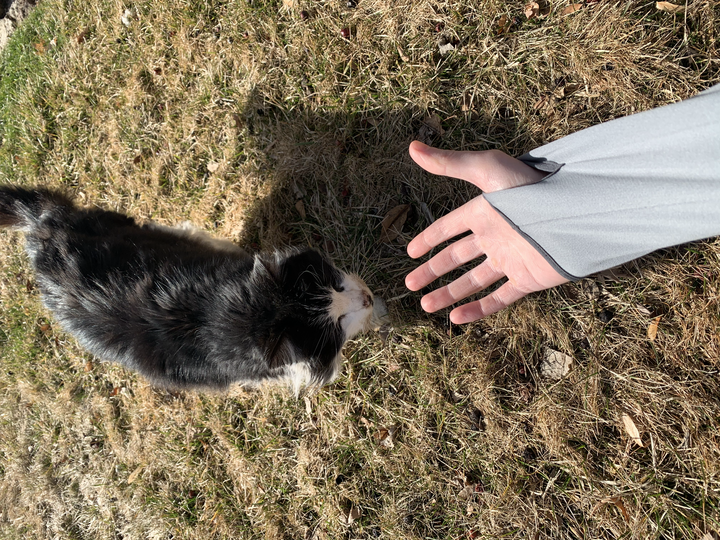 While doing my best to exercise poorly by taking a casual walk, I made a new neighborhood friend in my new city.

The third day, instead of doing air squats when I needed a screen break, I'd head into my garage and do 20 kettlebell swings. And over the next few weeks, casual neighborhood walks slowly but surely evolved into hikes in the Boise foothills with friends.

Every bit of effort adds up. Count it.

A little bit of poor work toward what you want will get you much closer than no perfect work. The momentum will feel good. You'll start feeling safe to just show up.

I slowly started to feel like myself again. And after a few days of doing things poorly, it suddenly wasn't such a huge jump to start doing things well. The more I thought about it, the more the hypothesis resonated. "Doing things poorly" was an argument for small, non-judgmental, incremental progress each day.

More importantly, I was no longer striving for impossible perfection, putting enormous pressure on myself, and cursing myself when I didn't follow through on or meet gigantic expectations. The effort I could give at any given moment was more than enough, and I was finally ok with that.

I was slowly relearning that life outside of my couch burrito was something to feel good about. I was "doing it" without the obligation of "doing it well."

All action is valuable. Even poor action breeds feedback, insight, clarity, consistency, and, above all else, improved action. And for me, doing it poorly showed me I could be "Me" again.

I'm not fully there yet. I'm still semi-feral. But I've started, and that's better than not starting.

Leah Kemerling is a Customer Champion at Zapier who lives in Boise, ID. When she isn't championing for customers, you can find her swinging kettlebells, exploring Idaho's hot springs, and perfecting a sear on a grass-fed New York strip. You can hang out with her on Instagram: @leahbkemerling.