How to Stop Spam Phone Calls

The phone rings. Do you assume it's an actual human person, trying to reach you? I generally assume it's a robot, calling to "inform" me that my car warranty is about to expire or that I've "earned" a free trip to the Caribbean.

And I'm not alone. There were an estimated 26.3 billion robocalls to US phone numbers in 2018, which was a massive increase from the year before. Most of these spam calls come from scammers using software dialers to call as many phone numbers as possible. Enough people fall for these scams for the practice to be profitable, which is tragic in and of itself. The rest of us, meanwhile, are getting more spam calls than actual calls, interrupting our daily lives, including during work hours—and the problem is only getting worse.

But you're not powerless. You can fight back. Here are a few things you can do to block spam calls on your phone.

Enable the Built-In Spam Call Blocking On Your Android Phone

The iPhone, as of this writing, does not offer spam call filtering without an app, so skip to the next section if you're an iPhone user. If you use an Android phone, however, it likely offers built-in spam blocking.

The default Android phone app comes with many Android phones, and as of Android 6.0 it offers spam blocking that uses a list compiled by Google. To enable this, click the options button at top-right, then Settings > Caller ID & Spam. 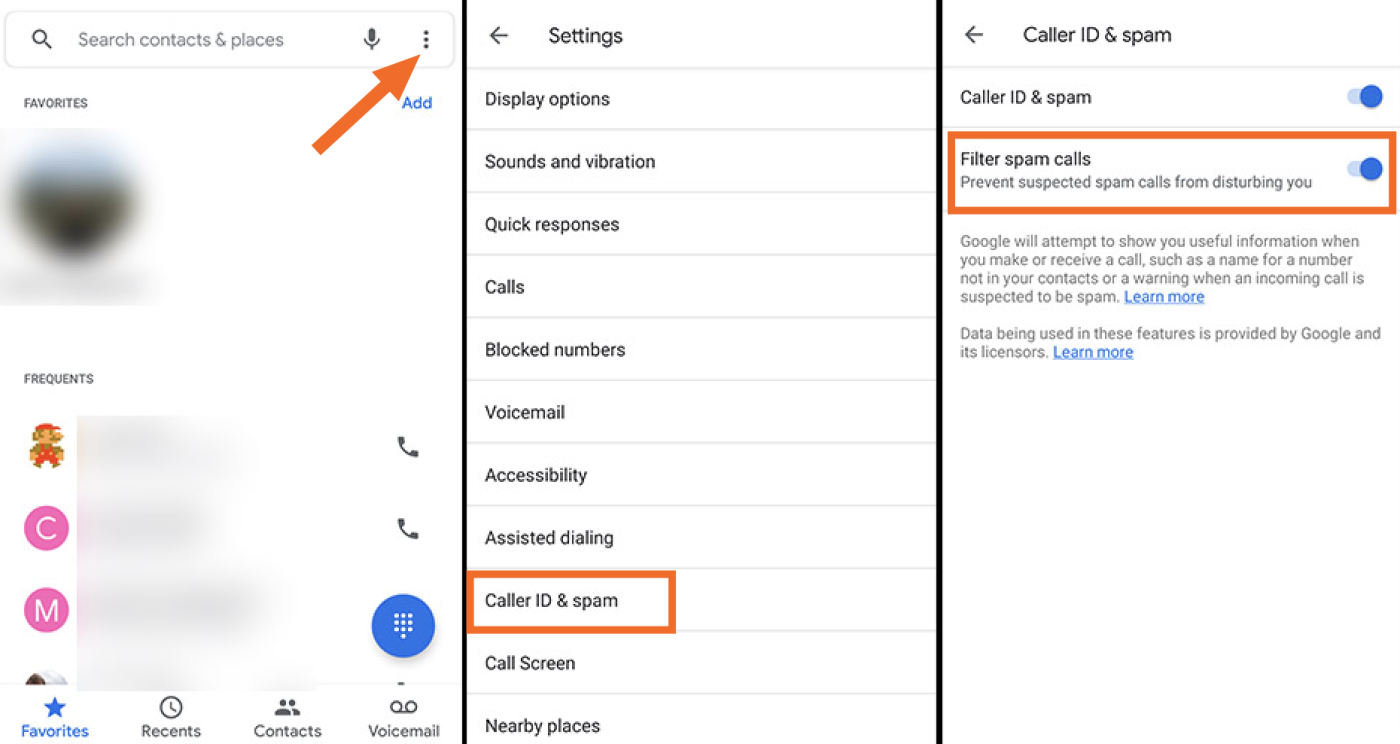 Enable Filter Spam Calls and your phone will use Google's database of known spam numbers to filter spam calls automatically. Your phone won't even ring. I use this feature—it blocks a couple of spam calls for me every day.

Android is a confusing mess of an ecosystem, of course, which means there's a good chance your phone doesn't use the default Android phone app, and thus doesn't offer this blocking. Samsung is a prominent example, but happily Samsung Galaxy phones offer a similar feature.

If you're an iPhone user or an Android user without access to native spam call filtering, you're not completely helpless. Major cell phone carriers tend to offer some sort of spam detection service, and some will even block such calls for you. Generally pay-as-you-go customers don't have access to these programs, though that does vary by carrier.

Here's a roundup of the four major carriers in the USA:

Don't live in the USA? There's a good chance your carrier offers a similar service, so check their website for more information.

Don't have access to Android's native blocking, or a carrier-based blocking service? A variety of third-party apps can identify and even block spam calls. Here are a few popular options:

Note that, if you're an iPhone user, installing the app isn't enough: You need to enable spam filtering. You can do this by heading to Settings > Phone > Call Blocking & Identification, then giving apps permission to block phone calls. 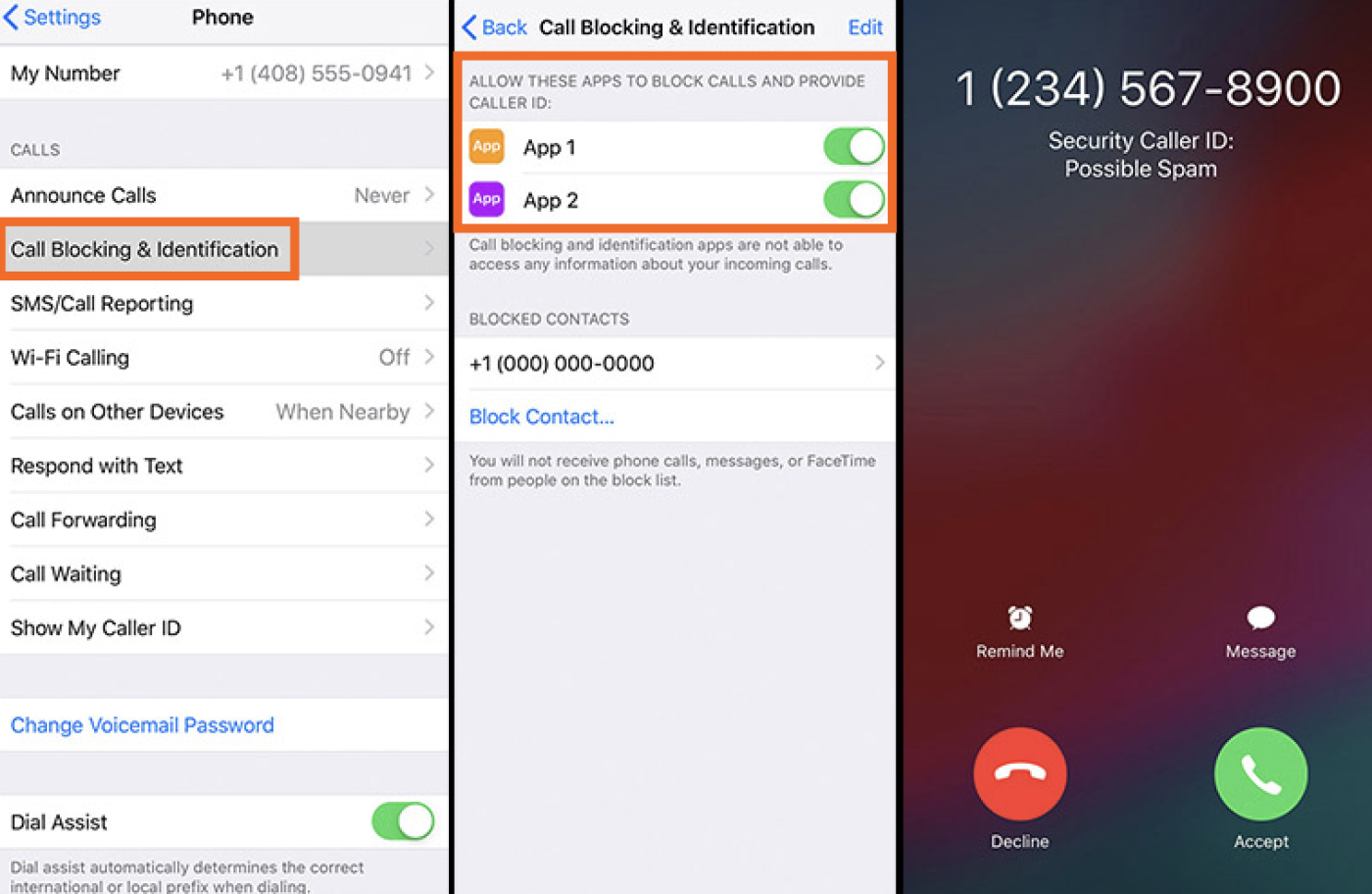 You can enable more than one application for the job, if you want to be extra sure spam calls won't get to you.

Are you getting a lot of spam calls from one particular number? You can block that number in a couple of taps.

On Android, you can do this by opening the Phone app's Recent calls section. Tap the number you want to block, then tap Block/report spam. You will be asked to verify, and then the number will be blocked. 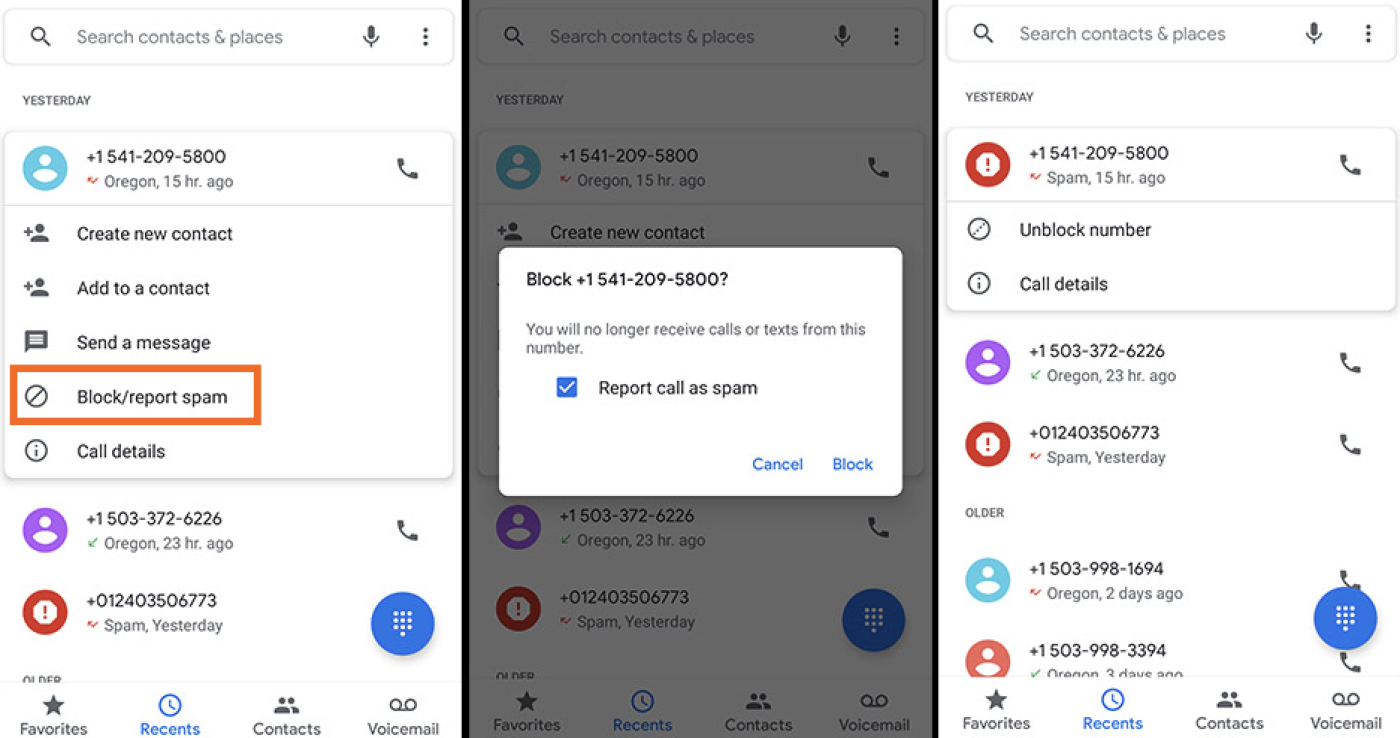 From now on, calls from this number will not ring on your phone, and the number will also be added to Google's database of spam numbers.

The process is similar on the iPhone. Head to the Recents tab, then tap the information icon (lowercase i in a circle) next to the number you want to block. 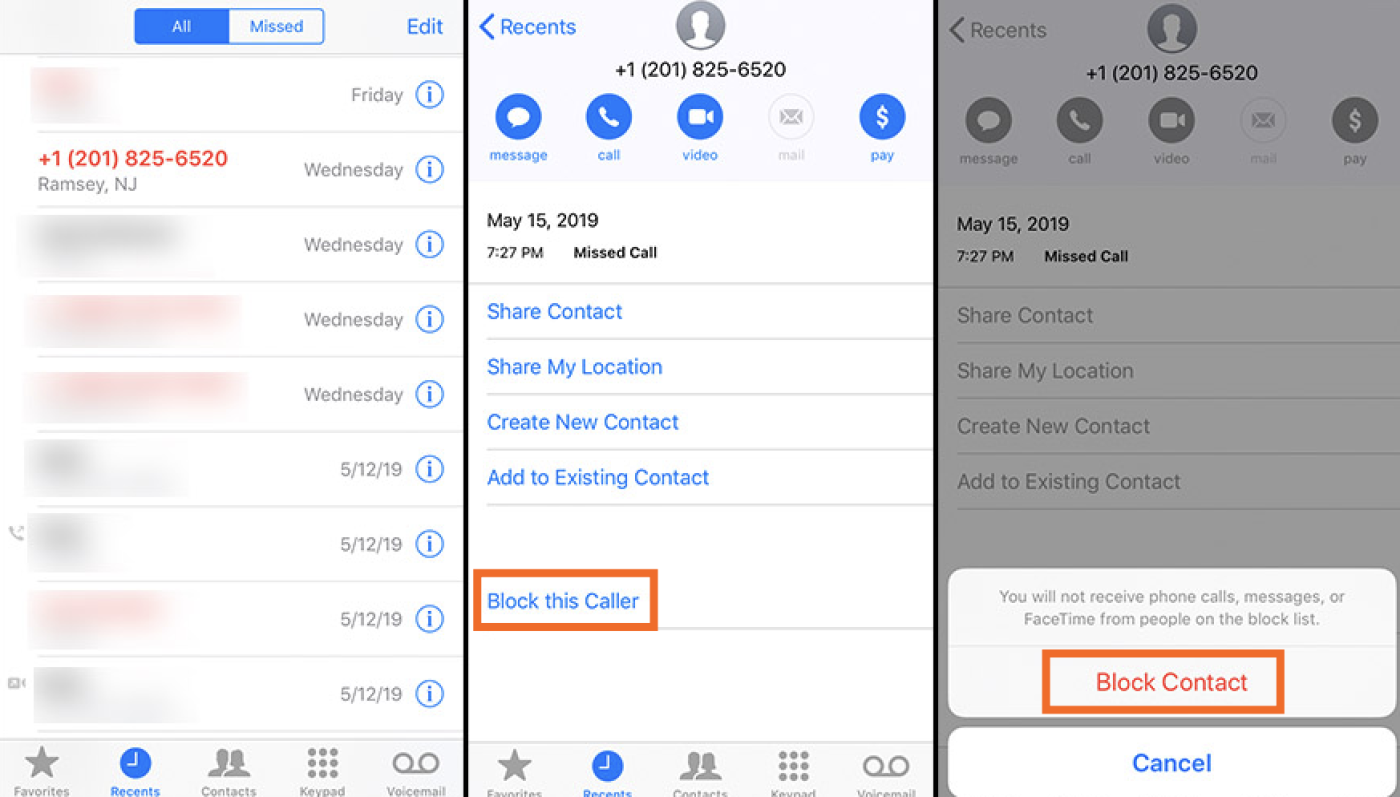 Tap Block this Caller, then confirm this is what you want to do. That number is blocked.

This is not a long-term strategy for dealing with robocallers, who change phone numbers regularly to evade systems like this. It does feel good, however, and at the very least can stop a particularly annoying number from calling you back.

Always Hang Up (Even Though Messing With People Is Fun)

This is less a way to stop spam calls and more of a way to prevent them, but it's worth considering. If you get a spam call, don't engage. Just hang up.

It's fun to mess with spam callers. I once told someone hawking life insurance that my life is utterly without value, and thus not worth insuring. The man, trying to stay on script, was silent for an uncomfortable amount of time. Then he politely told me to have a nice day and hung up.

As fun as that was (and it was fun), it's also a bad idea. Autodialers are trying to detect whether an actual human person uses a given phone number, and when you talk back you're confirming that your phone number is real. This means you're more likely to get spam calls in the future.

There's no one way to prevent spam calls, unfortunately. Here are a few more things to consider if the above tips didn't quickly solve the problem for you.