When it comes to automation, the value proposition seems clear cut: it strengthens operations, slashes overhead costs, and supports bottom-line growth. Who could say no to that?

There is, of course, a wrinkle, and anyone in IT or operations knows it well: people fear change.

While many businesses are eager to automate as many processes as possible, a portion of SMBs either lack the resources or the will to streamline simple tasks. Sometimes, there's even outright resistance—employees fear replacement, leaders fret over inflexible workflows, or traditionalists dread the drumbeat of new technology conquering their way of work.

Whatever the reason, automation is up against some fierce opposition.

If you're a problem solver looking to cut costs and eliminate tedious tasks, you might feel like Sisyphus, pushing a boulder up an endless mountain of convention and inefficiency. Humans love their rituals, whether it's waiting in line for coffee, donning lucky socks, or indulging in the cumbersome processes they've come to understand. But this need for ritual gets in the way of implementing necessary changes.

At Employment BOOST, where I manage a team of professional resume writers and career coaches, I've learned the hard way that change doesn't come easy, even among tech-savvy millennials and zoomers. It's a small and agile team that adapts well, but each new automation we implement requires planning, training, and compassion. We've learned from experience that while automation is an invaluable means to an end, there's a lot more to process optimization than just building out the flow.

Along the way, we've learned some key lessons that help us drive innovation without scaring our staffers. Below are a few tips to consider as you push past the naysayers and propel your organization forward.

1. Meet stakeholders where they are, not where you want them to be

Tech-friendly workers are often out of touch with other employees. Our assumptions about technical competence don't always align with the real-world habits of non-technical employees, from HR to the C-suite.

What might be second nature to you or me—using keyboard shortcuts, setting up inbox rules, or even enabling night mode—simply doesn't cross the minds of workers who are focused on completing the task they are paid to complete. Most staff members are not born tinkerers.

Early in my management tenure, I relished opportunities to automate everything—I also, regrettably, tried to push the team members where I wanted them. I was used to being an individual contributor; I was accustomed to generating throughput, securing approval, and moving forward. I thought my way was the right way, and I built new processes on this flawed assumption.

My earliest automation attempts never really stuck. Some team members struggled to move away from doing things "by hand," and others found new requirements burdensome (even if they were more efficient on paper). It took time to realize that top-down dictates were doomed.

As I worked to streamline operations and unlock new efficiencies for the department, I recognized a disconnect. To effect change, I not only had to understand how employees worked, but I also had to study the procedural differences between team members and regional offices. I needed their operational assessments much more than they needed my suggestions. Over time, I stopped pushing employees in a certain direction; I started following their lead and listening to their needs. 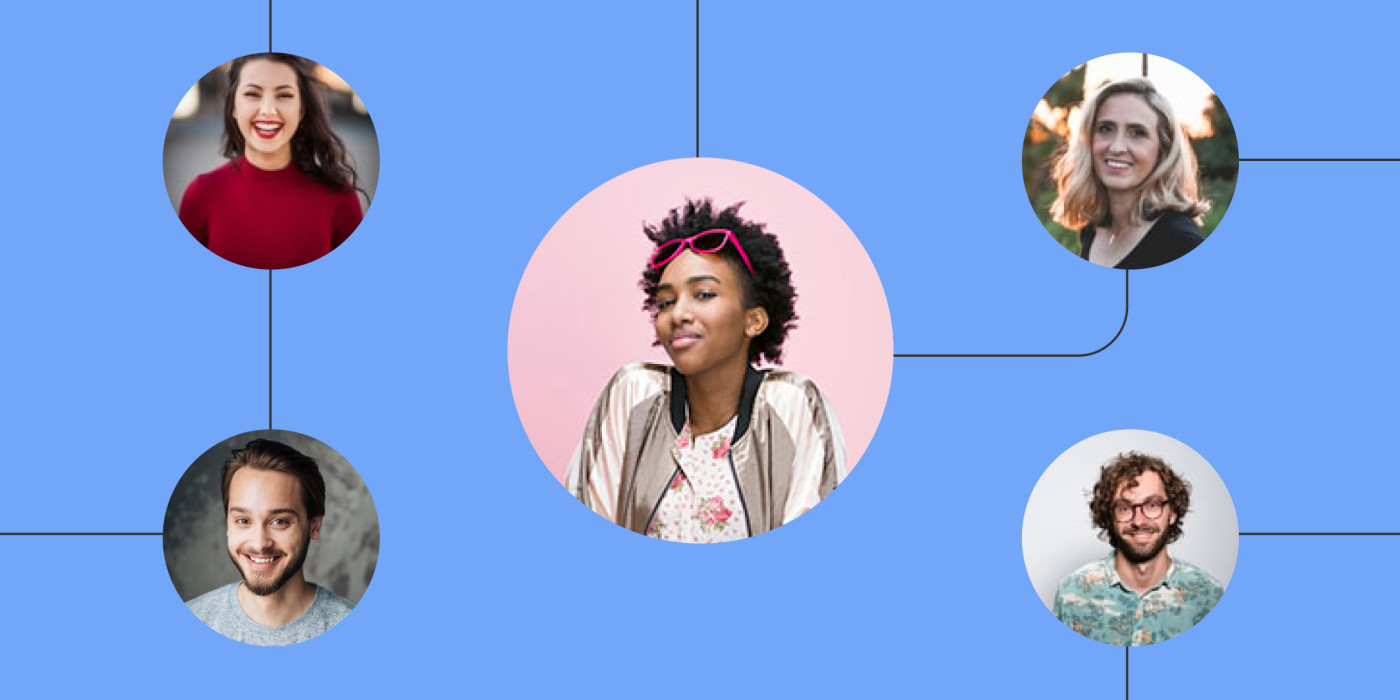 It's critical that processes are crafted, first and foremost, for humans. Change management should begin immediately when creating a new process; failing to plan all but guarantees resistance. This requires a deep and extensive understanding of where employees are. As I learned, this may not be where you want them.

Assess how employees work, and don't be afraid to practice the original process yourself. While such preparation might seem time-consuming, it will pay off when it comes time to train. Plus, this deeper understanding of how employees work makes it more likely that your automations won't actually be disruptive to other employees. Don't push people to adopt processes that conflict with their current workflows.

Professionals are overloaded with inputs. Emails, phone calls, incessant Slack pings—the fact is, most employees won't pay much attention to a process until it's forced upon them. To get through effectively, you need to over-communicate. Then, you need to simplify your message.

At meetings with my team, I mention upcoming changes at every opportunity. During one-on-ones, departmental all-hands, or routine training meetings, I talk about new processes till I become a broken record. It feels ridiculous to repeat yourself so much, but it's the only way to break through the noise. Also, constant communication signals to employees that upcoming changes are important, and it provides plenty of chances for people to ask questions or raise concerns.

With that being said, don't deluge your team with every minute detail. Example: one of the earliest processes I introduced was an automation built using Zapier that delivered customer intake forms directly to our writer resource chat. The process ultimately helped the writers get important information before meeting with clients, but in my initial introduction, I spent too much time in the weeds and lost my audience. I expanded on nuts and bolts that no one really needed to know about. The important parts of the discussion—what the flow accomplished and how it would impact daily routines—got lost in the noise.

To be concise, you need to understand what you need to share, what context to provide, and which technical nuances to withhold. Once you've identified the points that matter, hammer them relentlessly. Don't miss any opportunity to hit your talking points. Think of it as a key performance indicator and joyfully annoy your team.

Zealous and clear messaging guarantees a baseline understanding of how new automations will help. You'll thank yourself when you launch them.

As an internal champion of automation, you need allies. Across teams and departments, you'll find early adopters and advocates who eagerly embrace change. These employees will help you with a smooth transition. They're "influencers," if you will, and they can field questions, provide hands-on mentorship, and maintain a level of employee trust that a departmental outsider never could attain.

Connecting with these influencers early in the automation process is crucial. Get their earnest feedback, highlight their contributions internally, and probe them on how effective a proposed change might actually be in the real world. Involving influencers in every part of development will give them a stake in the outcome and encourage them to champion change in the right ways and in front of the right people. 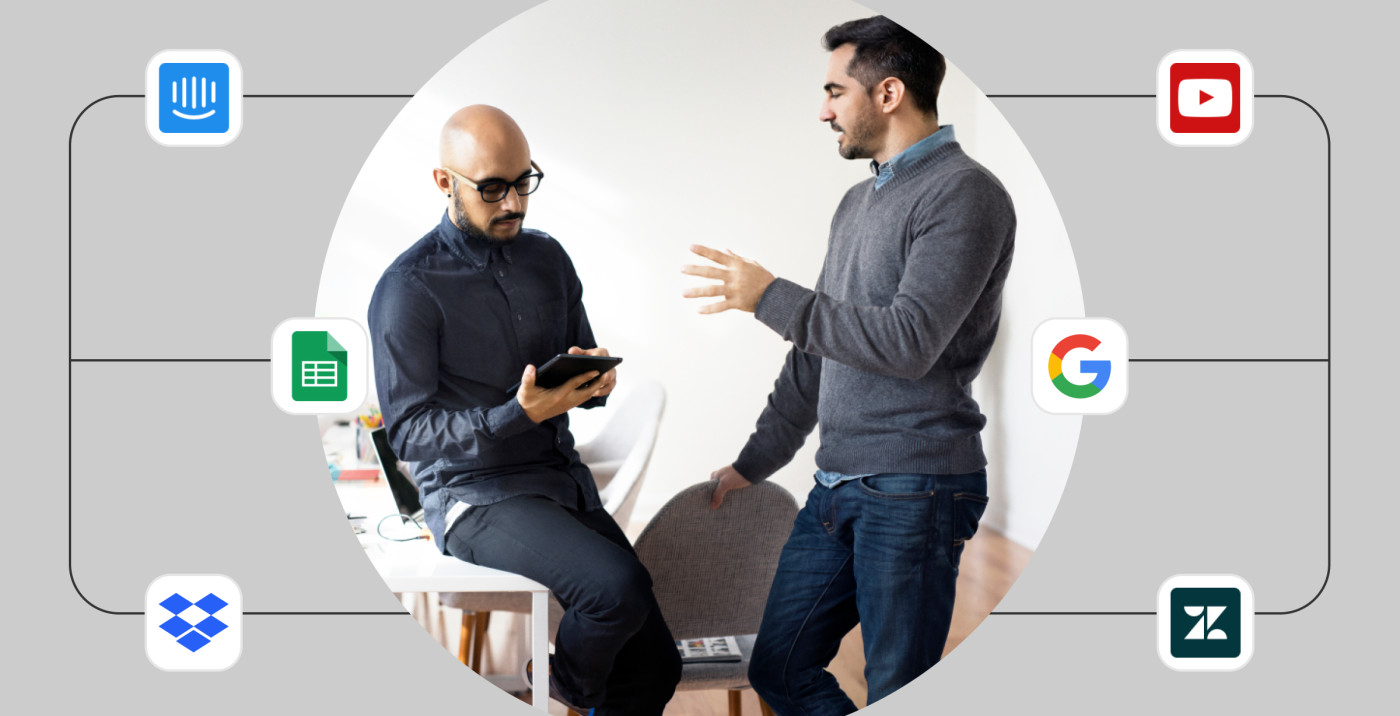 If you manage your team directly, you should already know who your influencers are. One of my senior writers is all about process, and securing his buy-in early on has been key to our automation success. He quickly sees beyond my tunnel vision, offers insightful suggestions, and brings grand plans back down to earth. When new processes are launched, he's a critical partner in helping the team adapt to, and ultimately champion, changes themselves.

Seriously listen to what these influencers have to say. If they think that a new automation will do more harm than good, trust them. They know their teams and workflows better than you ever will (even if you once held the same role in the past).

Building automations is exciting. It's also become more accessible because of no-code tools like Zapier. But the seemingly infinite options can quickly lead to mission creep.

Even though some of the backend steps won't ever be visible to end-users, it's still a good practice to keep your automations straightforward. After all, it's possible you'll need to train someone on maintaining these processes in the future, and intricate flows are more likely to break. Excessive complexity will only lead to more growing pains. 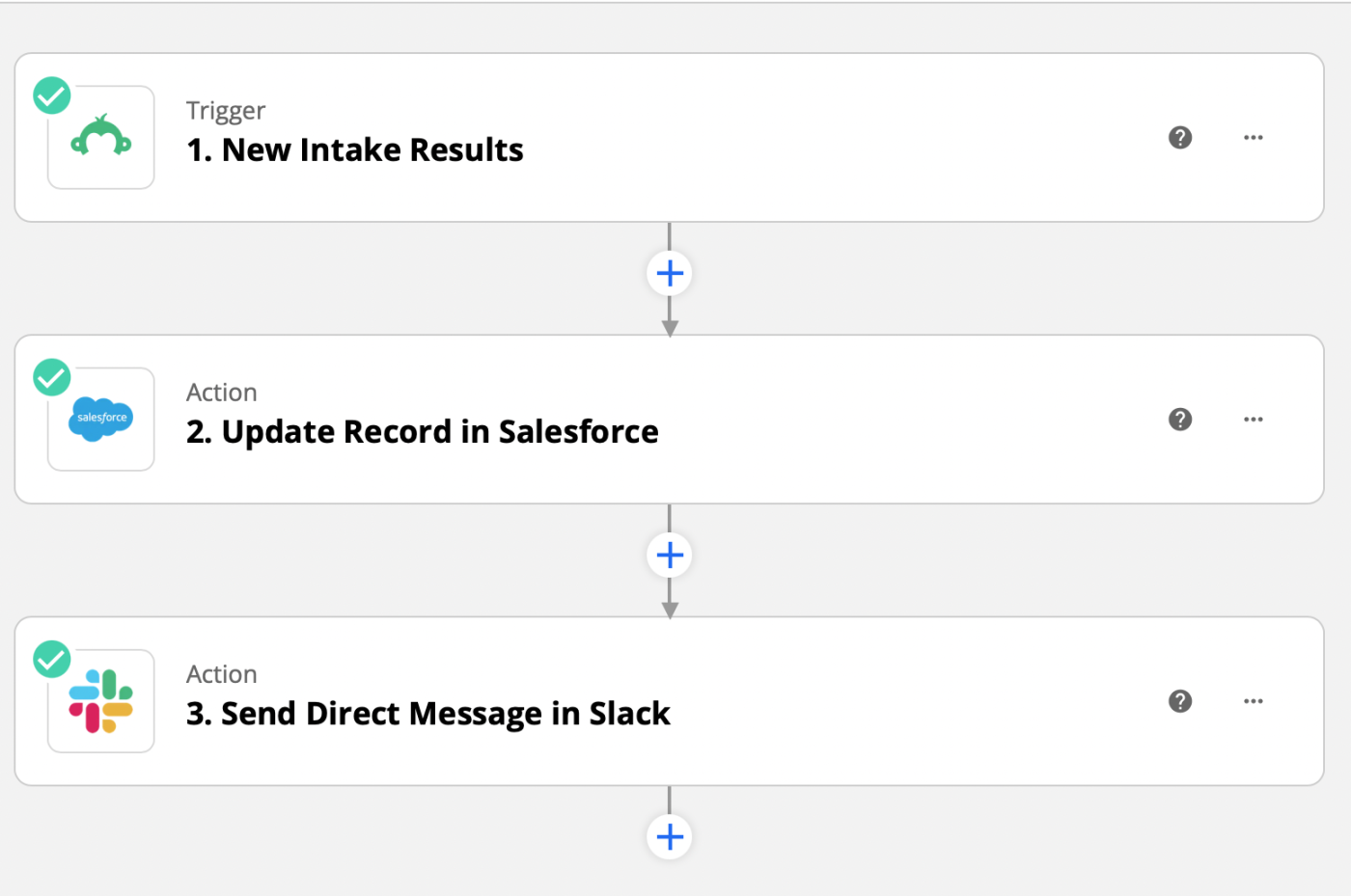 This is the Zap I mentioned earlier—three simple steps.

This isn't to say you should purposefully build rudimentary automations. Instead, plan and proceed with caution, and make sure that every step you take is necessary and supports the path you've charted with stakeholders.

It's easy to get lost in the excitement of building something new; to fixate on outcomes over impact; to lose sight of the humans that ultimately drive your company's culture and operations. Change is never easy, so put yourself in the shoes of the people most affected by the changes you're making.

As a manager, my job is to enable others to complete their work. There's no single approach to achieving this, but across industries and functions, the core ingredient is the same: empathy. When it comes to process automation, this is especially true—who are you building this automation for? Whose work will be most affected? Am I improving things for the team, or changing things for change's sake?

Don't condescend. Show appreciation. Leave plenty of space for learning and adoption. The people in your organization might not love change, but if you're honest, direct, and compassionate, they'll at least appreciate your efforts. After all, we're only human.

This was a guest post by William Ratliff, the Senior Career Services Manager at Employment BOOST, a leading boutique career consulting, resume writing, and outplacement provider in the U.S. Want to see your work on the Zapier blog? Read our guidelines, and get in touch.

William Ratliff is the Sr. Career Services Manager at Employment BOOST, a leading boutique career consulting, resume writing, and outplacement provider in the US. He studied anthropology at the University of California, Berkeley, and lives in Chicago.

How to make the case for automation at work

If you're reading this, you likely understand how automation can help you save time on manual tasks so you can do the work you care about. But maybe you feel like you're the only one at this automation party. Here are some strategies to spread the word.