The Secret Behind MailChimp's Creative Culture, Even As It Grows

The Secret Behind MailChimp's Creative Culture, Even As It Grows

What's the recipe for a creative company?

"People see stuff like (MailChimp hats) in our company and they see articles, and they ask me, 'What's the formula? What's the formula for running a creative company? Is it that simple?'" He tells the crowd at a Creative Mornings gathering in December 2011, pointing to a slide with a formula: "lava lamp + bean bag chair + whiteboard = money".

Chestnut admits he never knows the answer and the question itself feels weird.

"Companies are legal entities, they're not creative. They're just pieces of paper. It's these people," he says, noting the two individuals sitting on the bean bag chair in the equation. "People want to be creative."

So how does Chestnut, who leads a company of over 200 people that serves more than 5 million customers, keep employees creative? In a talk at The Youth Cartel's The Summit event in 2012, he revealed his method. It involves a culture of making "things," putting time constraints on employees and following a four-week cycle.

Chestnut's approach didn't arise out of years of experience in leadership or creative roles before MailChimp. Instead, it was his reading list growing up that shaped his management style today.

"This is actually a topic that I have cared about since I was a little boy," he says to The Summit audience.

"I had a subscription to Businessweek … I'd get it and I'd just flip to any story about inventive companies," he says, proclaiming his fascination with companies who can consistently output innovation over and over again and make money doing it. He read about 3M, Lockheed Martin's Skunk Works, Xerox PARC, DARPA and the Manhattan Project.

"You read enough of these and you start to see common threads—they're all renegades, weirdos in a company or organization that the rest of the company doesn't want to work around so they push them to the spare room or the warehouse," he says.

Skunk Works, a Lockheed division behind a number of famous aircraft designs, was actually in a circus tent near a stinky factory, Chestnut notes. But it's that isolation and freedom that allows the scientists to dabble.

"They tinker, they experiment and they fail all the time. And they drop stuff, and they're like, 'Woah look at that I just invented super glue,'" he says. "And it just makes money for the company."

That's how companies should operate, Chestnut says he thought as a child. Skunk Works was nothing but normal to him.

"So later in life, I start my company and that's how I run it. I only hire weirdos, basically, and I just let them fail all the time. It just makes perfect sense to me."

"A beautiful office space doesn't make people creative, it's more of a byproduct of creativity," Chestnut says, admitting he hasn't spent an "ounce of energy or a minute of time" caring about MailChimp's office environment.

"It doesn't matter, it's all up here," he says, pointing to his head. "And that's really hard to explain to people, so I have one quote: 'Creativity is just connecting things.' Steve Jobs said this apparently and I love it because it really illustrates my point." 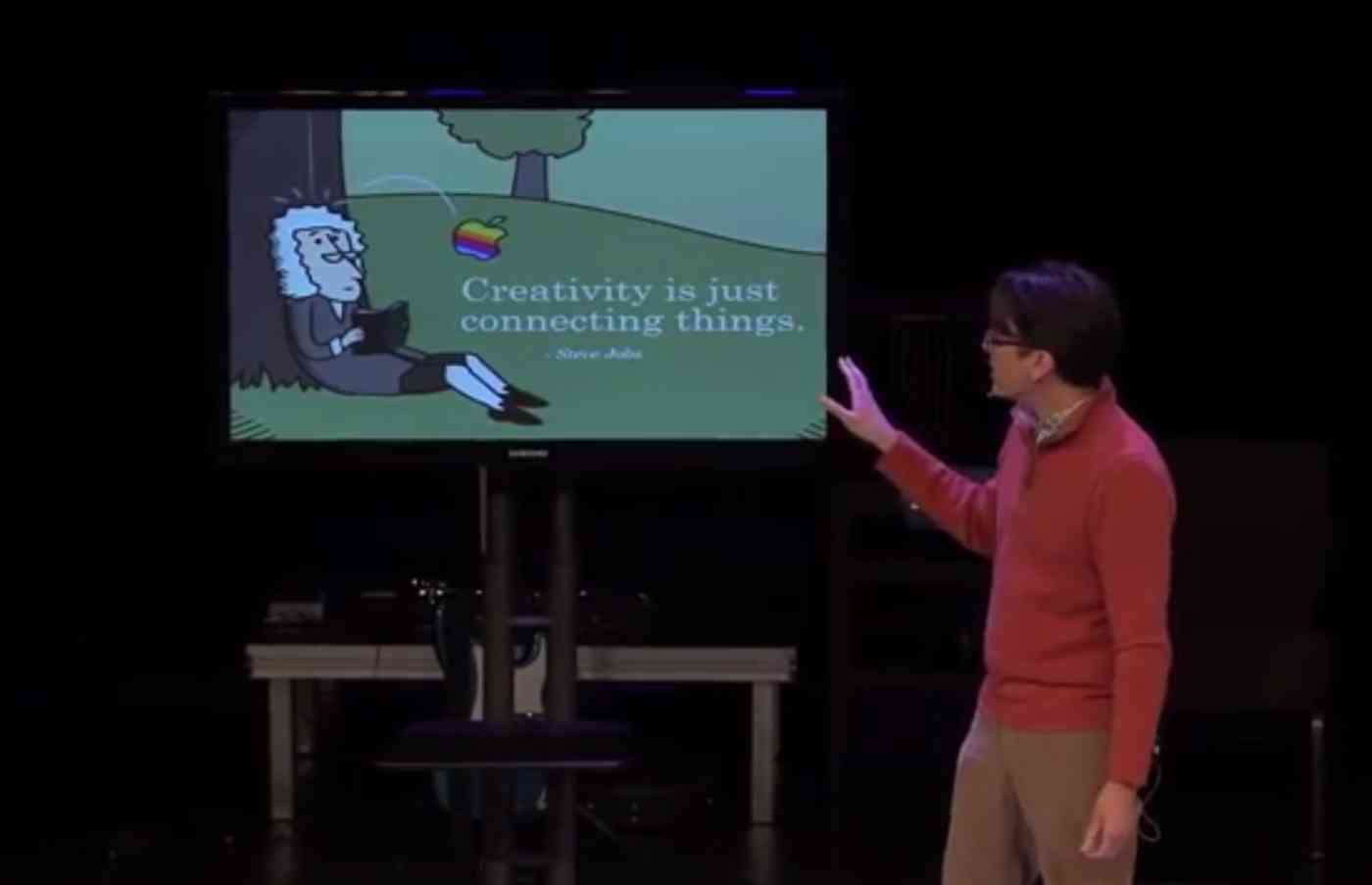 After hearing this quote, most people, Chestnut says, focus on the word "connecting."

The problem, he says, is that this focus on "connecting" leads companies to start worrying about the gadgets, software tools and office furniture they put in place to make people connect more.

He impersonates such a manager:

Screw the conference room. Throw out the table. Let's get Aeron chairs or bean bags. Let's get bean bags and we'll just have brainstorming sessions all day. We'll get whiteboards. No, we'll get whiteboard paint. We'll get floor-to-ceiling—nobody can reach the ceiling, but we're going to paint floor-to-ceiling. And everyone's going to go up there and diagram and connect.

Focusing on "connecting," he says, is missing the point.

"The important word in this one sentence is 'things.' Without things you have nothing to connect. If you want a creative environment, you need to make an environment where you can constantly make people make things, over and over again—it's all about the things," he says.

"Things" to Chestnut could be design, code, copy or, more explicitly, a product sketch, new app prototype or poem.

So how do you inspire employees to make a lot of things? That's the next obvious question and Chestnut has his answer: take away time. Doing so makes employees re-think meetings, procrastination temptation and inefficient processes

"The one variable you can tweak where it really doesn't matter what industry you're in—it's the most effective variable in my opinion—is time. Take away time," Chestnut instructs. 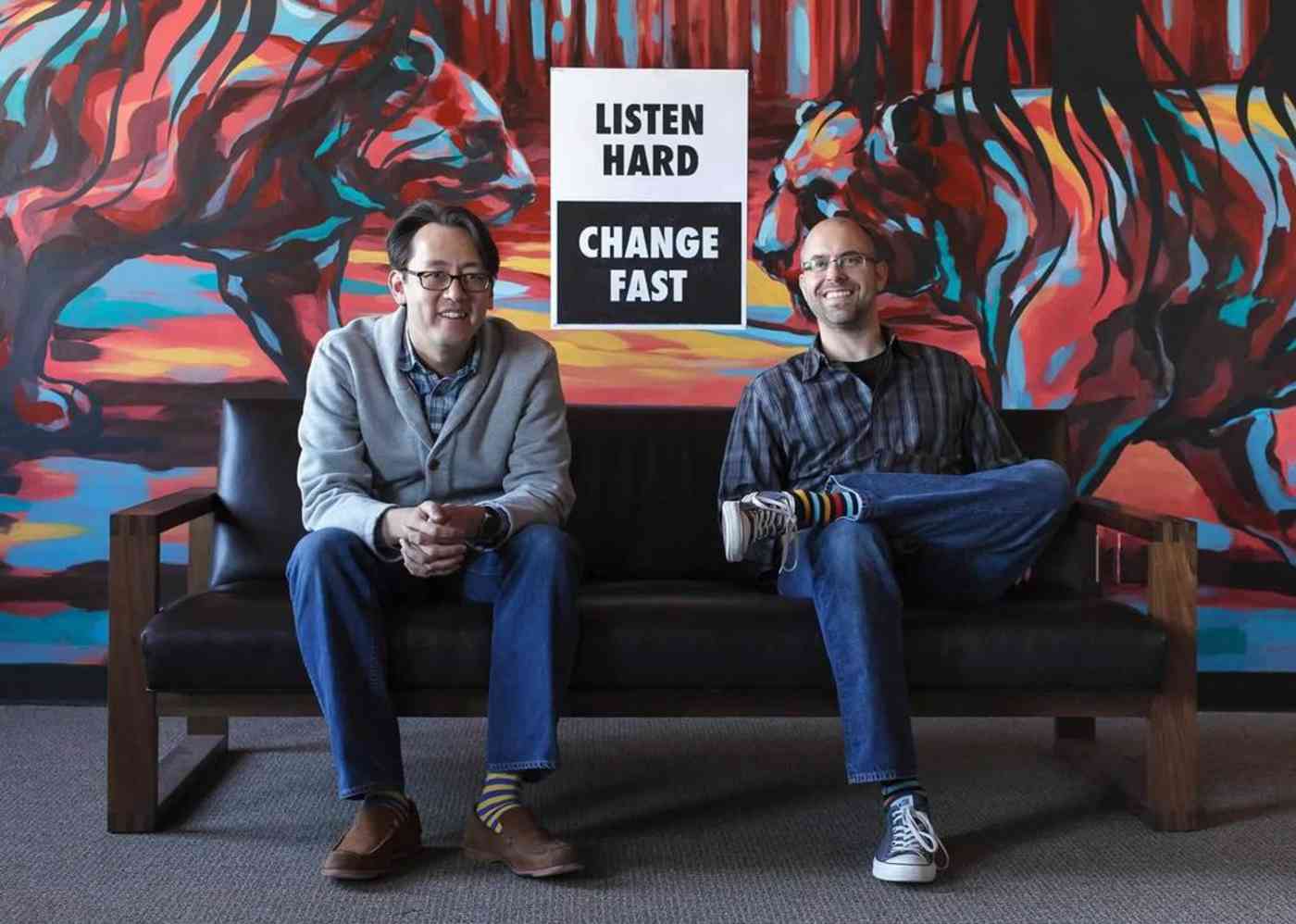 "It's crazy but if you can do it, it's amazing what you'll see start to happen," he says.

MailChimp launches a new version of their software every four weeks, Chestnut says.

"This is composed of little one-week bursts of energy—I believe that people can focus for just one week on a project, and that's it."

"They won't have those kick-off meetings where you outline 'success criteria.' You'll just see Bob run over to Sally's desk and say, 'Sally, what do you want?' Sally will run over to Jim and say, 'What did you want? What did you tell Bob?'" Chestnut says. "They'll get so sick of running, that they'll just write it on a whiteboard somewhere. But things will start to get done."

"They start making so many things, it clutters their desk. They've got no room to do anymore work and they have to pin it up on the walls," he says. "Bam, you've got a creative-looking space now all of a sudden."

Most things will be what Chestnut unabashedly calls "complete crap, utter failures." But the more failures, the faster and better employees will get at making things, and in meantime, their walls with grow with beauty.

"People will walk through and they'll say, 'Wow, that's cool. That's cool. You guys ever thought about connecting those things?" Bam, you've got a new product right there,'" he says.

Consider the Cost of Leadership Time

Chestnut calls time "the most powerful tactic," but warns that it comes at a great cost for managers.

"If you're the leader of the group and you take away their time to help them build things, you have to balance the equation by giving time," he says. As a manager, it's your responsibility to spend an "inordinate amount of time" explaining two objectives to employees:

Chestnut reveals that some of the features MailChimp has launched to customer satisfaction took up 10 weeks of his time. He spent those weeks building up the reasons why his team must push to get the new feature done.

"I wish I could just dictate from up above, 'Tap that rock. You talk to that rock. I'll let you through. Done,'" he says. "But they won't listen to me like that. I have to explain why and let them choose to make those things. That's how you run a creative group."

In his 2011 talk at Creative Mornings he dove deeper into his role as CEO of MailChimp, connecting the many "things" his employees make.

"I always call myself a little bumblebee," he says. "I buzz around from desk to desk and I ask people, 'What are you working on?'"

"I think my job is to go around and say, 'Oh, you're working on this but you need a logo? Aaron over there designed a logo and he doesn't have an app to give it to so you guys should connect," he says.

If you're lucky in this role, you'll be able to find two things to put together in unique ways, Chestnut says while showing the audience an image of a few Lego pieces imagined as a plane and dinosaur. 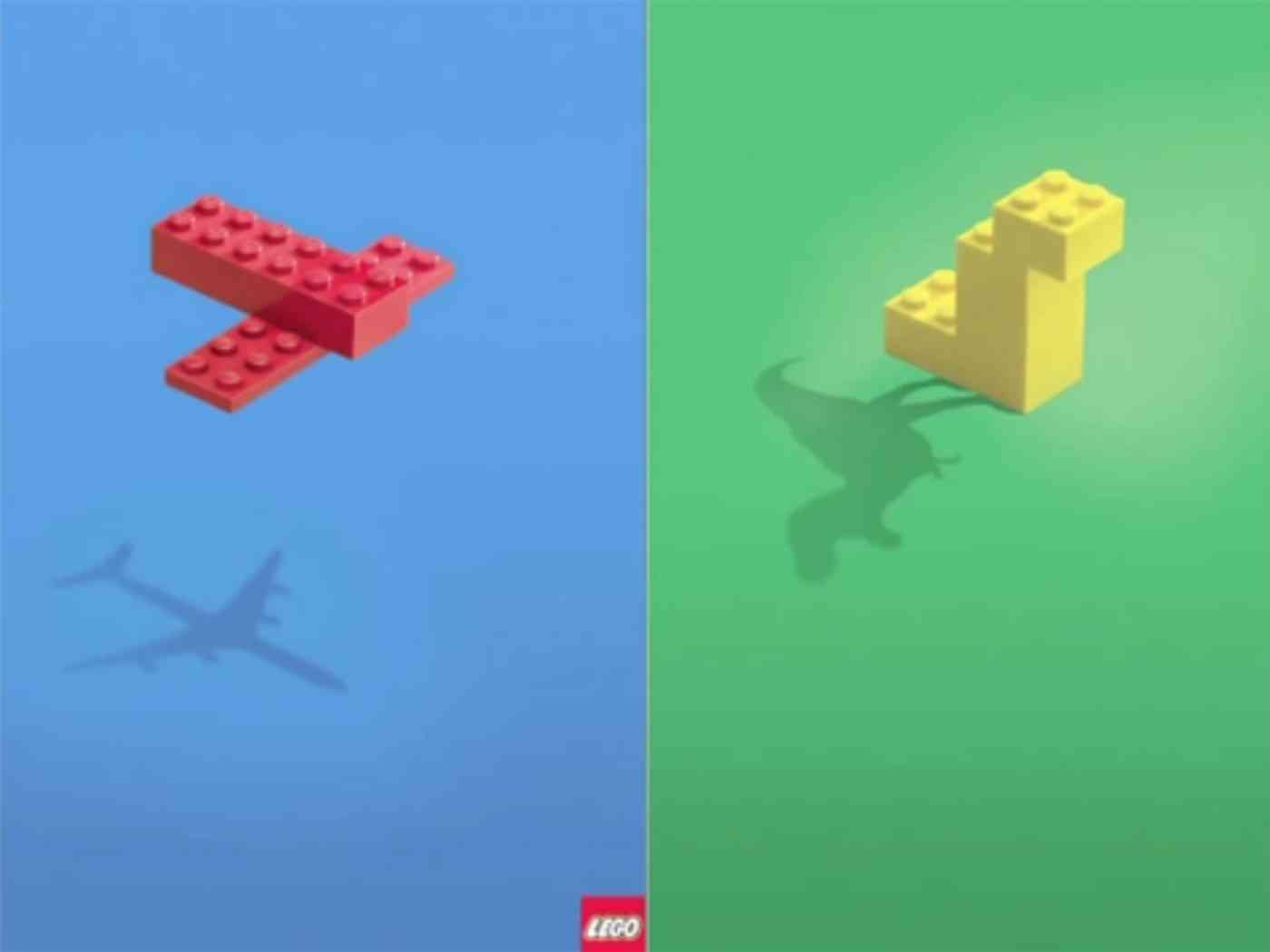 From there, you can take it to the next level—something that you can sell.

"We have a guy in our company called Neil, he just loves it when the creatives put together their stuff. He comes in and is like, 'All right, you're ready to make money off this stuff?' He'll turn it in to something like this." 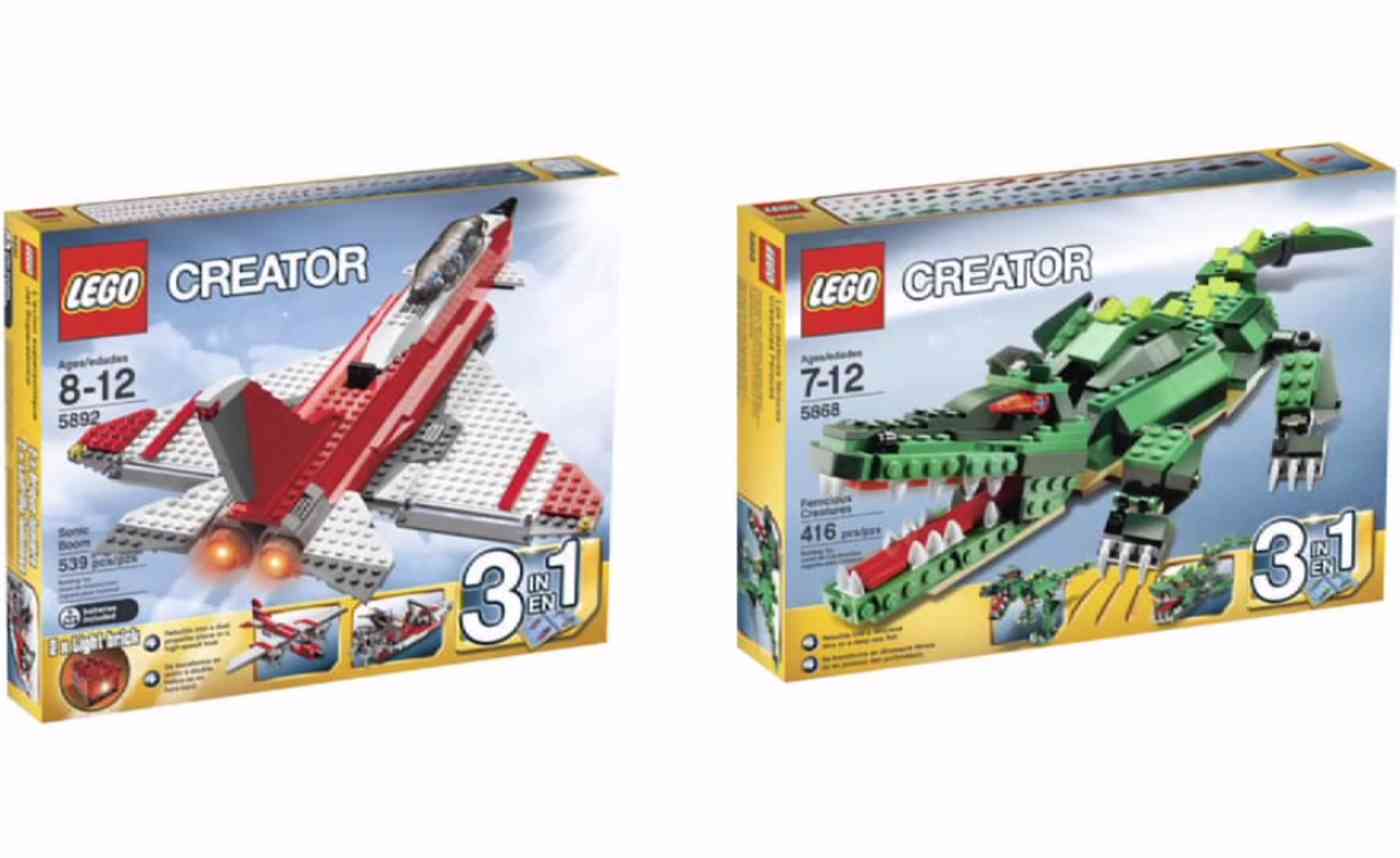 Story of How Two "Things" Connected at MailChimp

In his Creative Mornings talk, Chestnut shared an example of how two separate "things" became a product at MailChimp.

One of their programmers stays unshaven until he's done with a project. When the time came for him to shave, MailChimp's videographer thought a video of him shaving with a MailChimp T-shirt on could make for a fun post on their company blog. So they filmed it, posted it and "customers got a chuckle," Chestnut says.

When their creative director saw the video, the programmer's appearance made him think of a "viking-terminator like robot thing." So he started getting into "vikings" all of a sudden, says Chestnut. 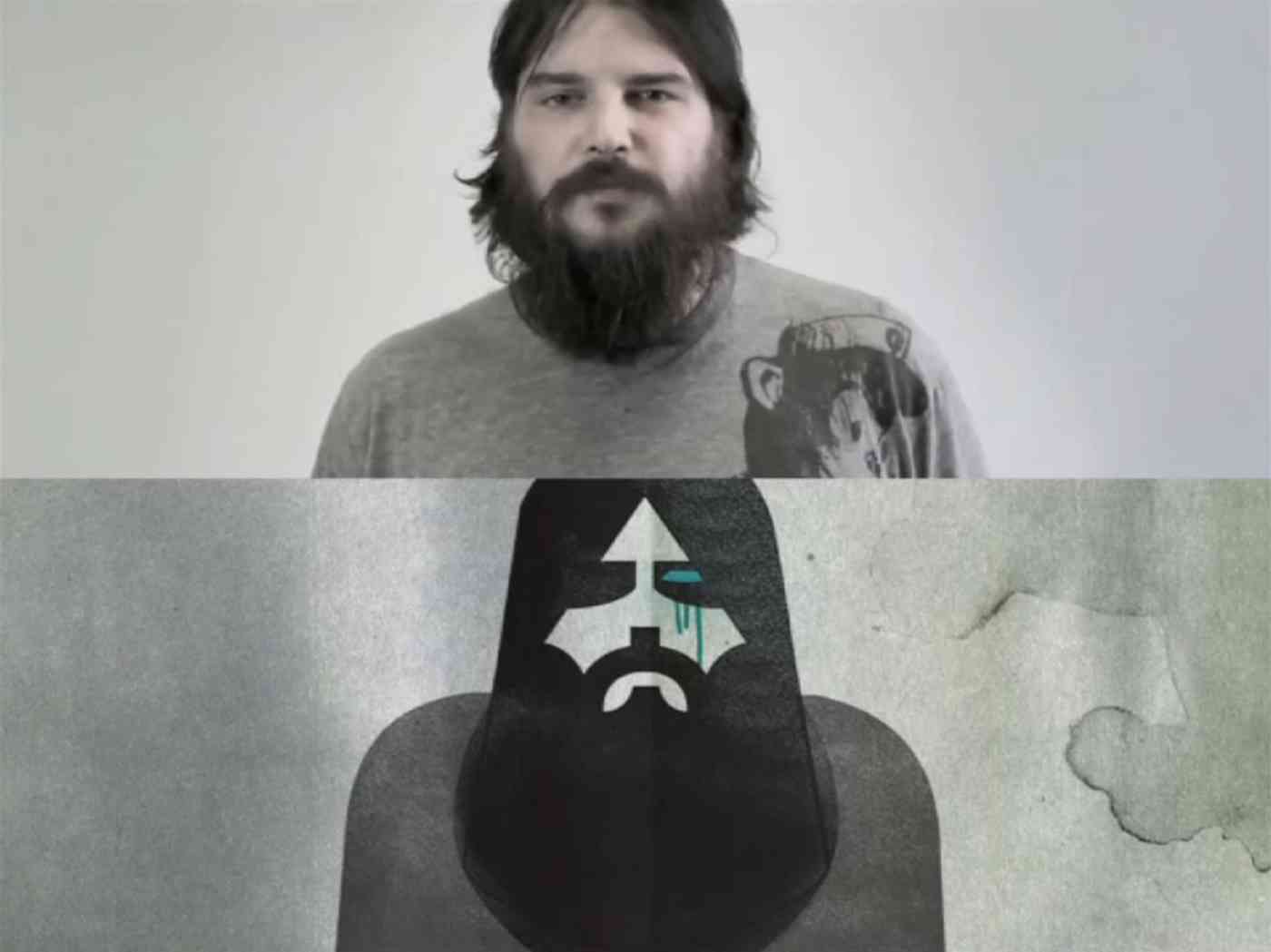 "He's sketching vikings, he's just obsessed with vikings for a while. It really goes nowhere, but he's sketching swords and skulls and stuff." 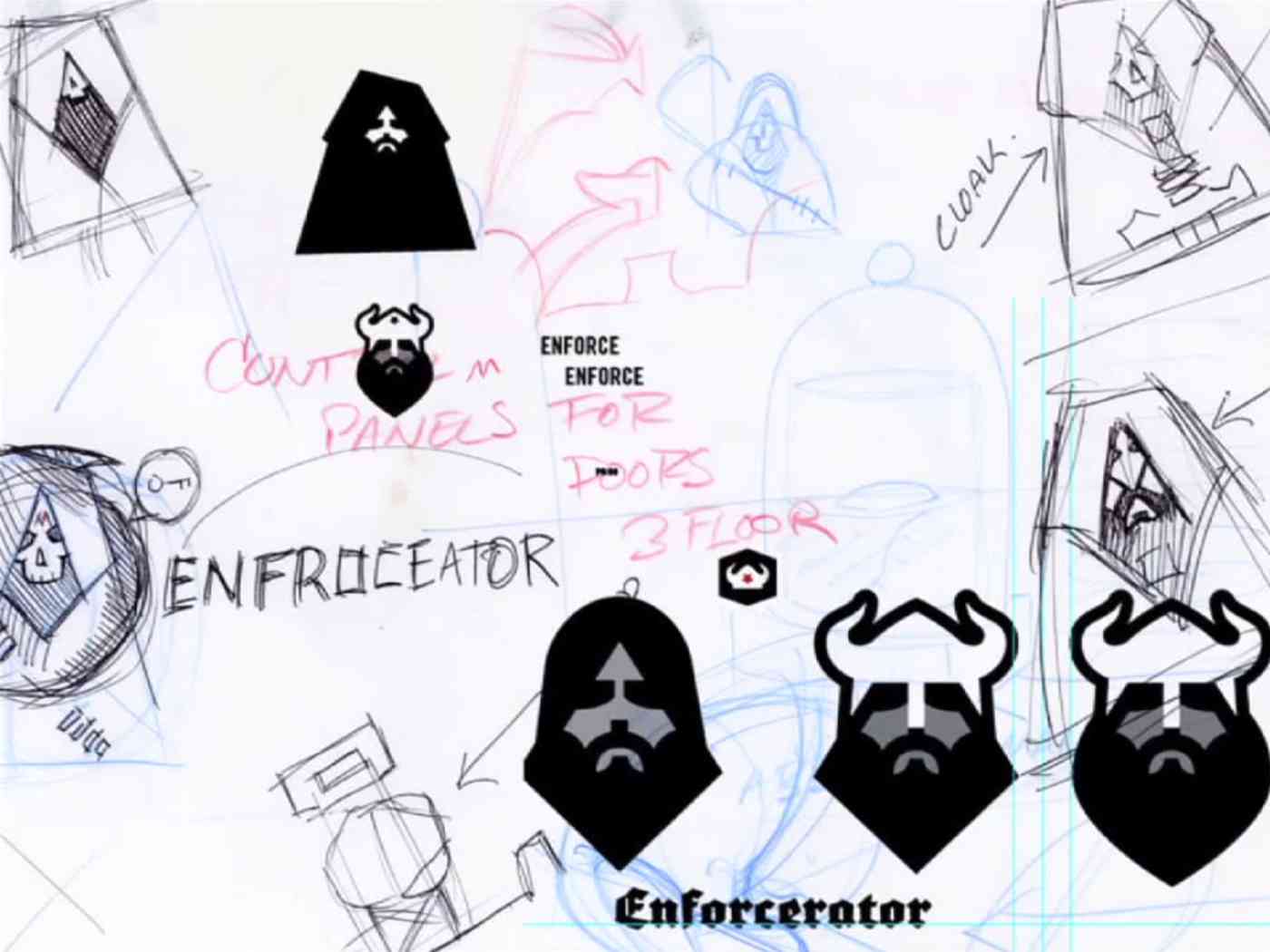 An App Needs a Logo

"It turns out, Chad, our lead engineer upstairs is working on something called AlterEgo and it's a two-factor security app and he doesn't have a logo," Chestnut says. "He's like, 'Maybe the design geniuses can come up with something.'" Their reply: we have a sword.

The whole project took the team two weeks, after which they were able to launch it to 1.2 million users. After which, and here Chestnut offers more insight into MailChimp's culture, he goes to the mobile app developers and asks them to make native iOS and Android apps for AlterEgo. 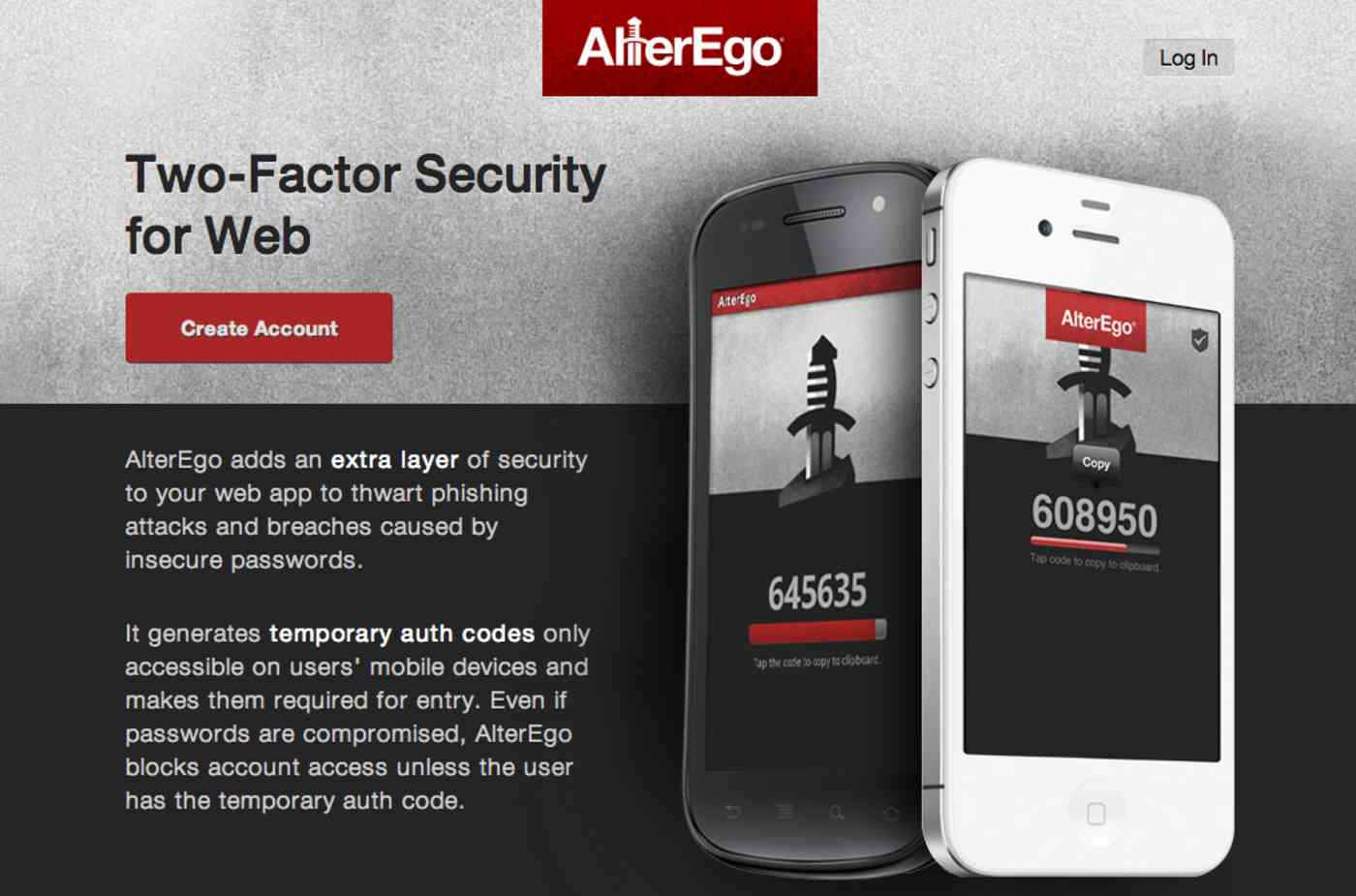 "If you want a group that builds a lot of things and is very creative, you don't give them more gadgets or give them more tools, you give them less time," Chestnut says to conclude his talk at The Summit.

"I think the man upstairs limits our time on this earth so we'll just get off our butts and build cool things, actually."

You may also enjoy this article: "How Focus Facilitates Faster Growth, an Interview with Geckoboard's Co-Founder"