Whether you're using Reddit to market your brand or to post a video of your pets playing chess, your karma lets your community know just what kind of redditor you are.

If you want more success on Reddit, here's how to get more karma.

Reddit karma is like a user's score, totaling their amount of upvotes against their downvotes. It has a few practical benefits—namely, allowing you to start your own subreddit and join some exclusive communities—but mostly it's about reputation.

If a user has a high karma score, it means their posts and comments are well-liked, so they're viewed as more of an authority within the community. A low or negative karma score means the user's interactions upset people, and usually point toward the user being a bot, spammer, or troll.

Karma is divided into Post Karma and Comment Karma: Both are added together for total karma score. That means to raise your karma, you can focus exclusively on comments or posts, but we recommend going after both. 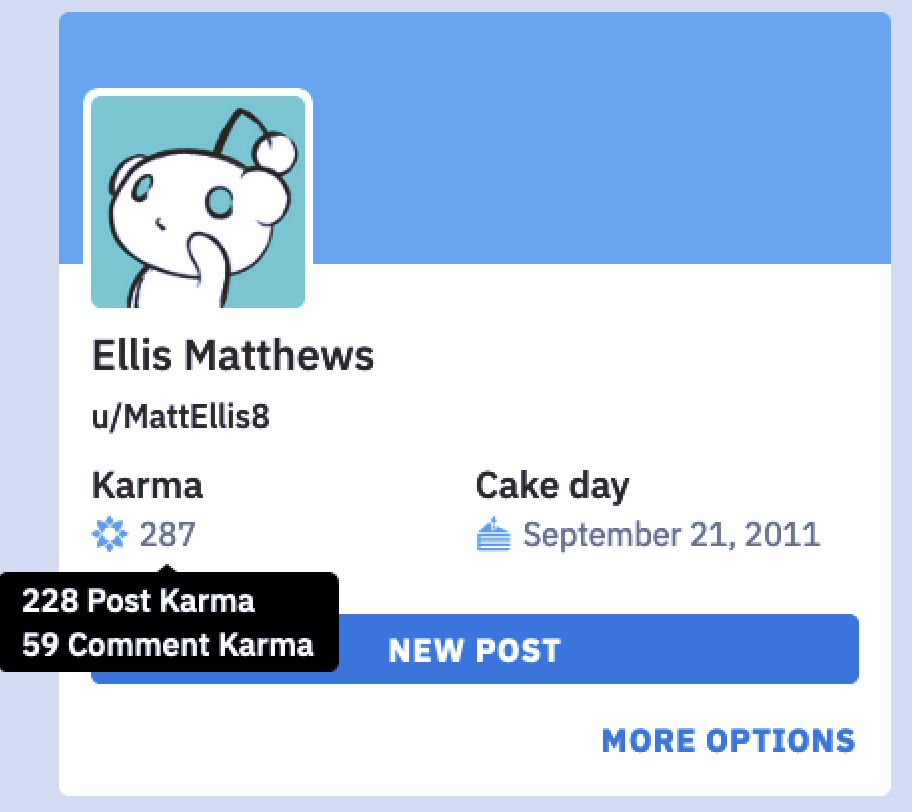 Your posts are seen by more people if you post them during Reddit's peak hours, 6 a.m. - 8 a.m. Sunday, Eastern Time (that's the New York City timezone). If that seems odd, keep in mind that Reddit has a global audience, so this window is essentially a culmination of peak times for different countries around the world.

The subreddit r/AskReddit is a Q&A forum open to all. Users like yourself can post questions on nearly any subject. You can ask a specific question to specialists, like asking chefs what to look for when choosing restaurants, or you can post broader questions, like asking people what brings them joy.

If you ask a good question, you'll get lots of responses and, ultimately, upvotes. The answers also give you the opportunity to reply to comments, which can lead to more comment karma.

There are few subreddits dedicated to giving each other karma, and one of the most popular is r/FreeKarma4U. Post anything on here, and other members will upvote it automatically, with the unspoken agreement that you upvote others' posts as well. There's often an agreement where, if you comment on a post, the poster will upvote it, giving you comment karma on top. 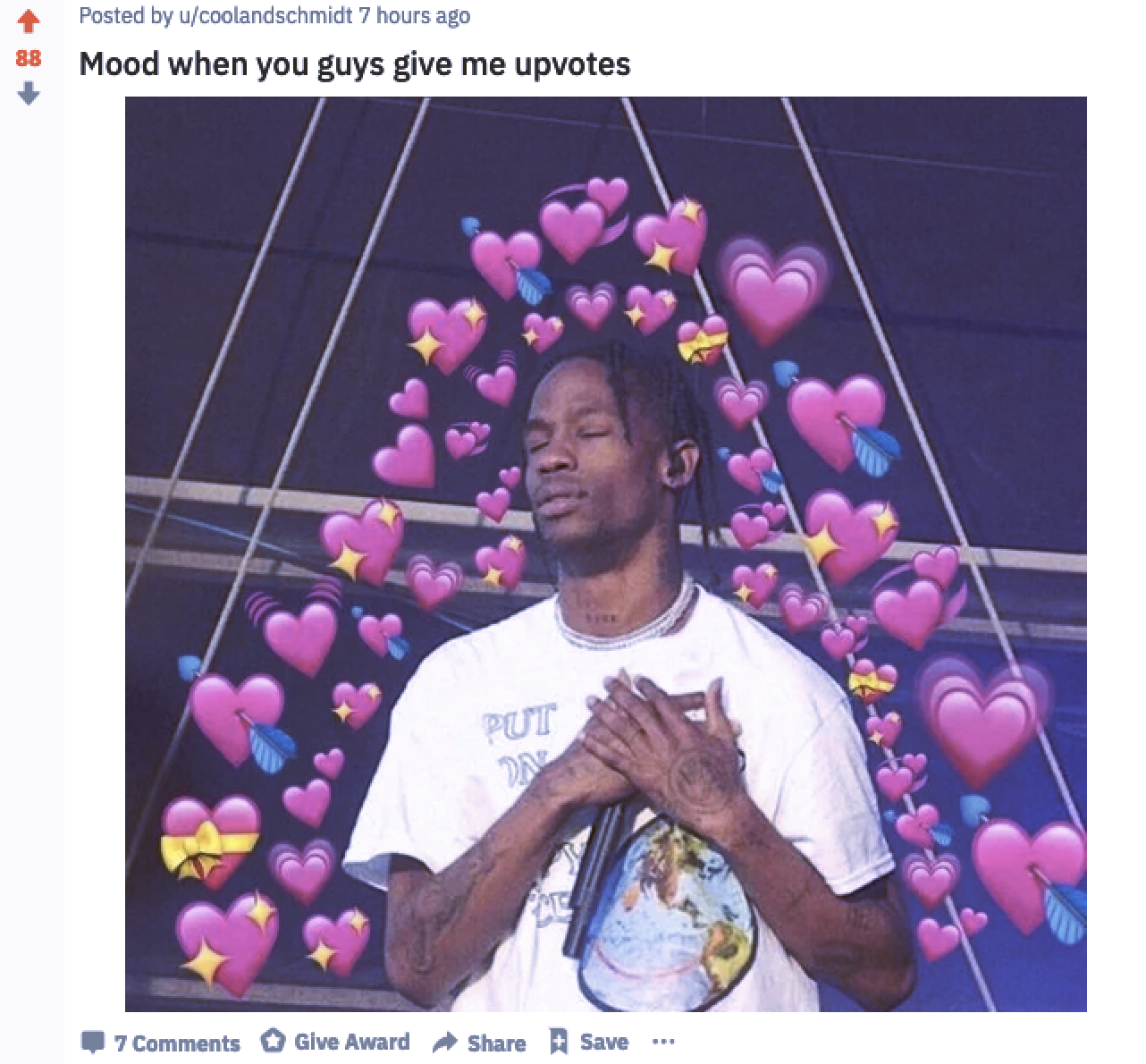 One of the biggest obstacles to getting karma is visibility. You could have the best comment or post, but if it gets buried under other content, no one will even see it. That's why, if you're karma hunting, it's best to stick with posts that are brand new or rising. If you know how to smell a winner early, you can get maximum visibility with minimum competition.

Zapier can let you know right away if there's a new hot post in the top 10 of a subreddit. That'll let you jump on it more quickly to earn karma.

If someone comments on your post, give them a reply, even if just to say thanks. This makes the commenter more appreciative, increasing the likelihood of upvotes in the future; plus, it shows others that you're willing to respond, increasing your comments overall.

Because Reddit is all about niches, it's tempting to target small and specialized communities. But if your top priority is karma, you can't ignore the large and popular subreddits like r/funny or r/todayilearned. You can still get karma in smaller niches by catering to the audiences there, but the numbers move more slowly. Best to do both: Target the larger subreddits but maintain a presence in the smaller niche ones.

At the end of the day, the best way to get upvotes is to post good content. Social media skills can go a long way on Reddit: If you post the kind of content your audience wants, you'll have no problem earning karma.

Some basics in social media posting:

Karma isn't necessary for using Reddit, but it certainly helps. Be patient at first, and don't get discouraged. Accumulating karma is a long-term task, but one that gets easier the more familiar you become with how Reddit works.

Matt Ellis is a freelance content writer, specializing in design, eCommerce, and digital marketing. For over a decade, he's been sharing his industry knowledge through eBooks, website copy, and blog articles just like this one.