The majority of workers use automation software at work—here's why

Nearly two-thirds of knowledge workers (64 percent) currently use automation software at work—and nearly a fifth (18 percent) intend to use it in the future.

No one dreams of doing the repetitive work that we've been told is a necessary part of our job. This could explain why people are turning to automation (i.e., software designed to automatically complete tasks/processes) to help them work smarter, complete tasks faster, focus on important work, and make them better at their jobs.

That's according to a recent survey, conducted by The Harris Poll on behalf of Zapier, which explored who's using automation at work—and why. This quarterly report will measure knowledge workers' use of automation at work over time to better understand how it’s impacting their work. 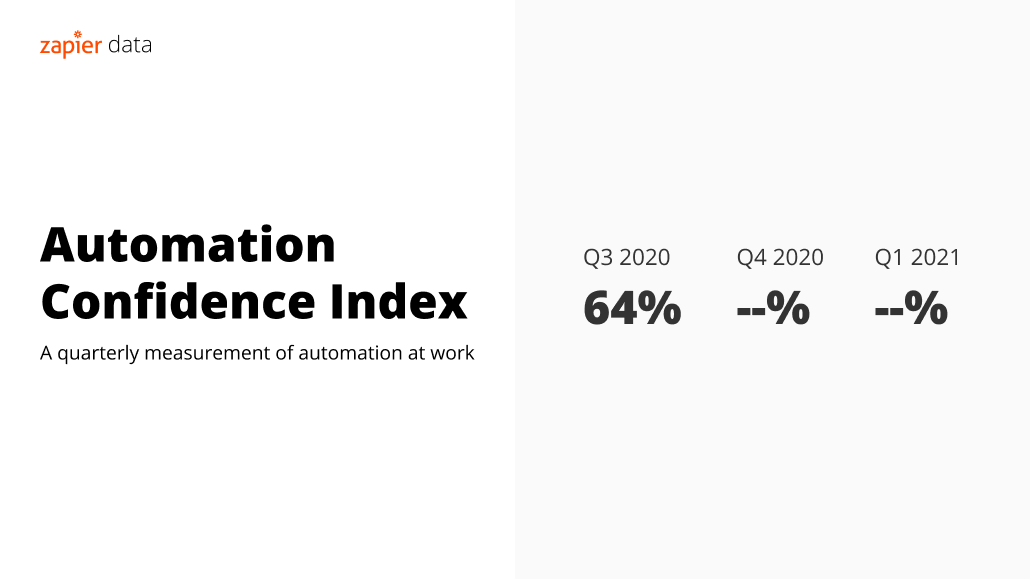 People use automation to be better at their jobs

Ask knowledge workers why they use automation software, and the most common answers are all about self-improvement and agility: completing tasks faster, focusing on things that matter, and being more organized are all near the top of the list. Here are the most common responses. 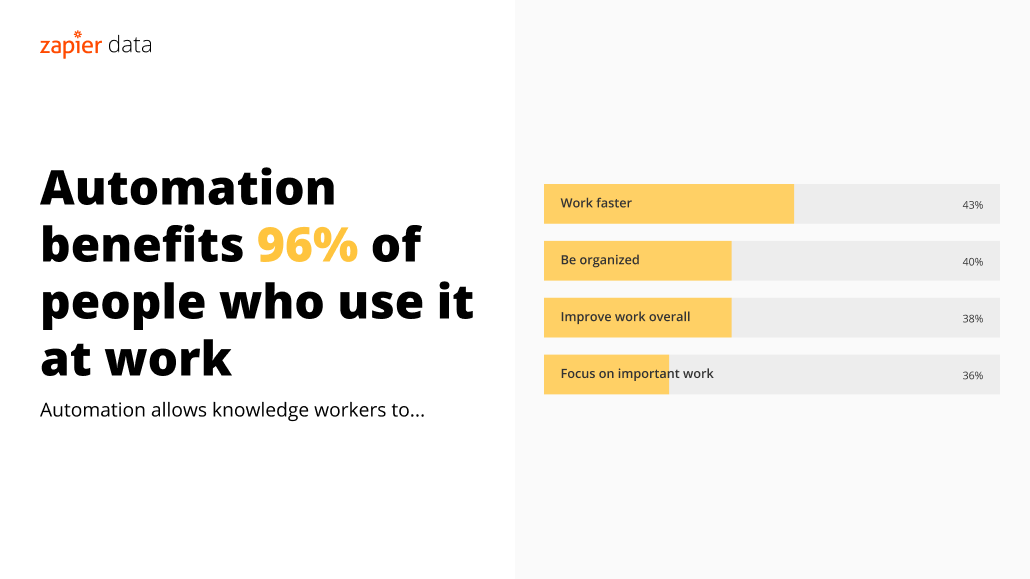 Almost everyone who uses automation software—96 percent!—says that they benefit from it. Here are the most common benefits:

What about the people who aren't using automation software at work?

The most common reasons given for why people aren't using automaton suggest that they simply don't know much about it. 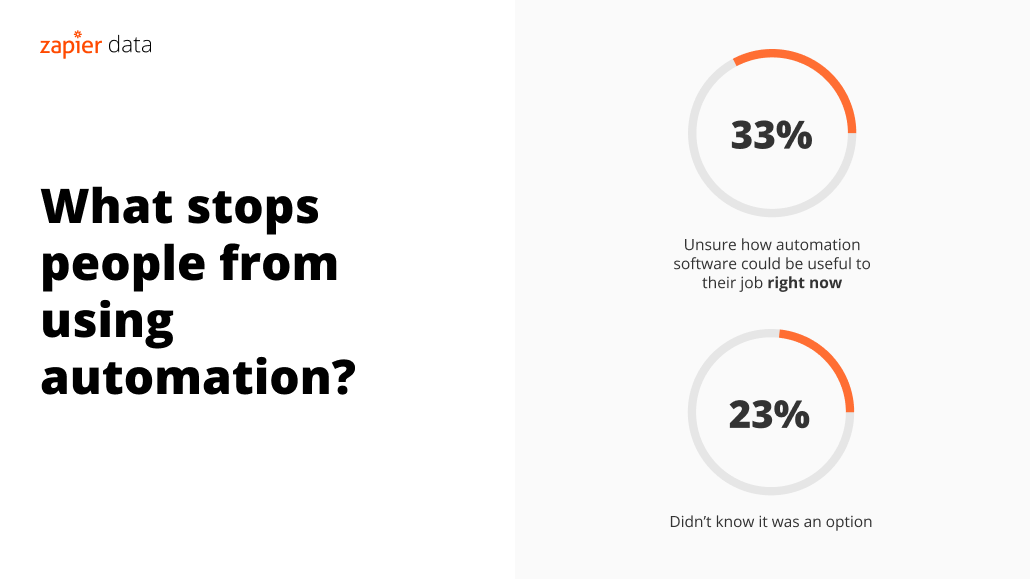 Methodology: This survey was conducted online within the United States by The Harris Poll on behalf of Zapier from August 4-6, 2020 among 1,198 employed U.S. adults ages 18 and older among whom 912 are knowledge workers (primarily work in a professional setting and use a computer as part of their job).