Why hiring neurodiverse employees is a win-win opportunity

Grow your business while growing other people's skills

Twenty or thirty years ago, things began to improve for employees with visible and invisible disabilities. But it was far from perfect. Special non-profit organizations launched that specifically employed people with disabilities, and the work was frequently repetitive and usually unfulfilling. It didn't offer a way for people with disabilities to integrate into mainstream working society without being stigmatized or segregated.

What I'm saying is that there's a massive untapped talent market just waiting to be embraced by businesses.

My first major "external" experience with a neurodiverse employee came to me three years ago (more on the internal part soon). I was having a casual discussion with a close friend of mine about how I needed some extra help with my online LEGO® business. She said that her level 3 ASD son, James (not his real name), who was 14 years old at the time, needed something to do. So I agreed to take him on for a few hours each week to see how we could help each other out.

He started off by doing simple tasks, like counting stock, then gradually moved on to more complex tasks, like data entry and handling issues that occurred with orders. Eventually, we got to the stage where he was able to run the day-to-day operations of the business—including training new team members—while I was away on business.

Reflecting on the past

Since I was a kid, I've always had an inkling that my way of thinking was different, especially when it came to recognizing patterns and solving problems. This was extra apparent in the workplace: I was often the go-to person for fixing difficult problems that others were struggling with. It wasn't until recently, when my friend and I were discussing some of James's traits, that I realized that my way of thinking is consistent with someone on the autism spectrum. This helped me recognize I'm not an anomaly. Instead, I'm part of an amazing cohort that has the ability to see the world in a different light.

I've often seen people who've spent hours trying to solve a problem approach me—I've been able to solve that problem within minutes, if not seconds, because I think differently.

Here's a small example. I was at a business networking breakfast a while back, and a speaker presented a scenario: there was one business with mess everywhere and another, similar business that was sparkling clean. The assumption was that, given the choice, everyone would choose the clean one. My response: "What about a cleaner?"

It's this type of thinking that helps businesses build their unique selling points and gain a competitive advantage.

The benefits of hiring someone who's neurodiverse

One of the first things I noticed when I hired James was his attention to detail when filling orders: the accuracy of the orders he was filling was higher than even what I was able to achieve. His rate of work was quite slow to begin with, but I provided him with the support required to get the job done and improve his speed over time. In hindsight, the increased accuracy rate made up for the slower work rate because it meant we didn't have to go back and fix as many issues as we did before.

Another issue that I've seen a lot in people with ASD (myself included) is the inability to cope with change or handle things that don't go as expected. To help James with this, I worked with him to develop a "procedure" for when things went wrong. This entailed asking a series of questions, where the answers could be used to determine the next course of action. This process helped him build his resilience and allowed him to work more autonomously.

The third, and quite a major thing, I noticed was the development of James's communication skills over the three years I've worked with him. Initially, we were using Facebook Messenger to communicate, but over time, his confidence grew, and he was able to participate in more verbal communication. What I learned along the way was that I had to find the best way to communicate in a way that he was comfortable with—not the other way around.

Consistent feedback from James's friends and family, combined with help from my mastermind business group, inspired me to start Self++, which helps people with developmental disabilities achieve their goals. Using my own personal experience and working with an occupational therapist, I've been able to develop a service that gives people like James and me the support they need to be independent, both personally and professionally. 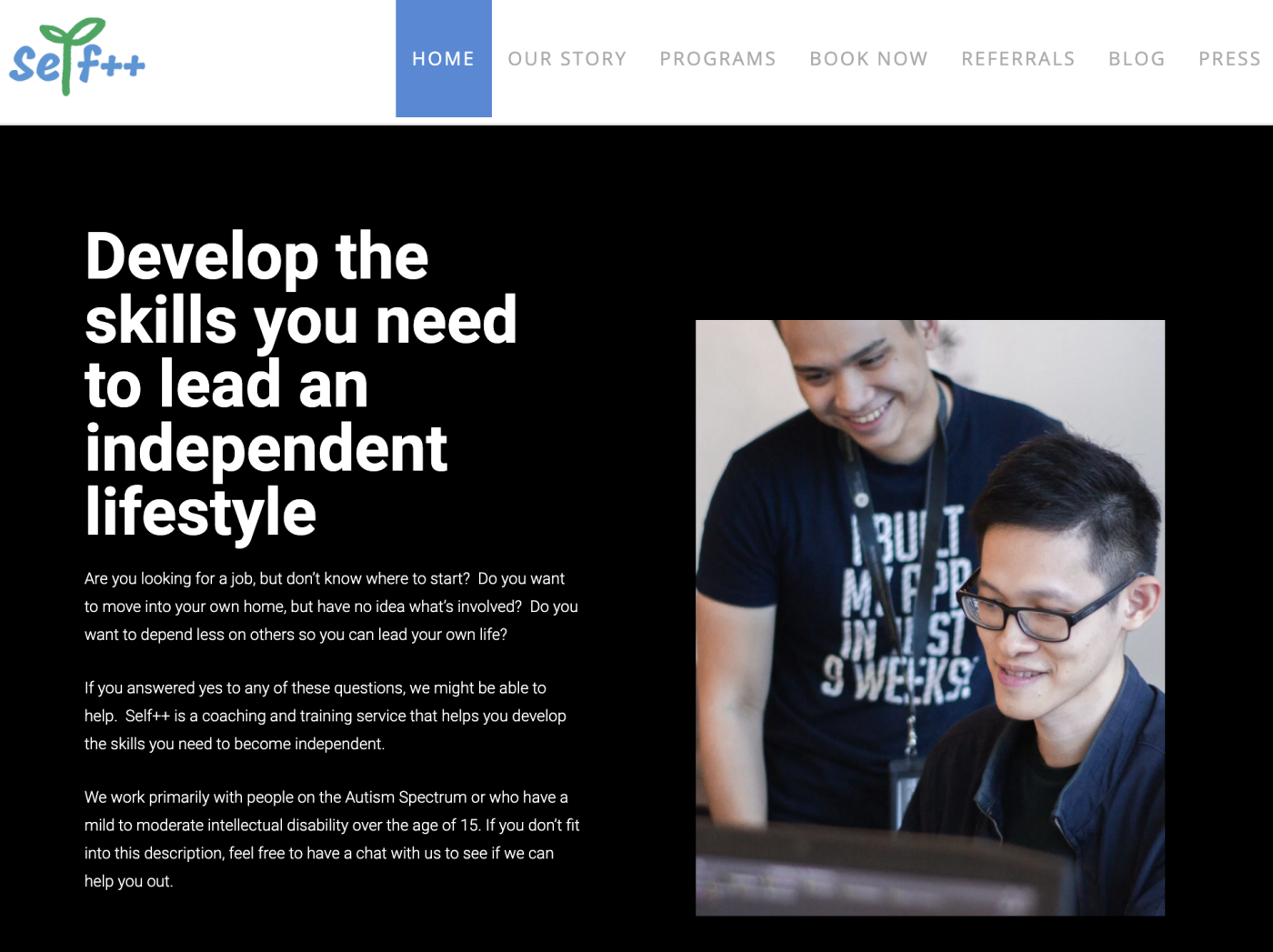 It's not always easy for employers to see the value in hiring and supporting people with neurodiverse thinking styles. Throughout the application process and interviews, it's possible these applicants will have trouble recognizing social cues, may not respond well to open-ended questions, and may require more follow-up questions to coax the required information out of them. This support may also extend to the workplace, where, for example, someone may have a preference to communicate via text instead of verbally.

James and I both need different types of support to help us flourish, both in life and in the workplace. But we also have unique abilities to do things many neurotypical people might not be able to do. So the next time you need help with your business, consider the benefits of hiring someone who identifies as neurodiverse. They have the ability to give you a unique competitive edge by looking at the world through a different lens.

This was a guest post from Jonathan Laloz, founder and CEO of Self++. Want to see your work on the Zapier blog? Check out our guidelines, and get in touch.

Jonathan Laloz is the founder and CEO of Self++, an Australian coaching service that helps neurodiverse people succeed in the workplace and in business. When he’s not "entrepreneuring," he can be found tearing around the local mountain bike trails.