The Power of Silence: Why You Need Less Noise for Work and Your Health

No? That's surprising. Odds are, you can hear something right now: A siren, the hum of a fan, the blur of background conversations, the ticking of a watch. It's seldom our worlds are fully silent--so seldom that complete silence feels shocking.

We welcome sound into our lives sometimes to our detriment. Silence, perhaps, is our most under-appreciated productivity tool.

So let's talk about noise.

The Problems with Noise 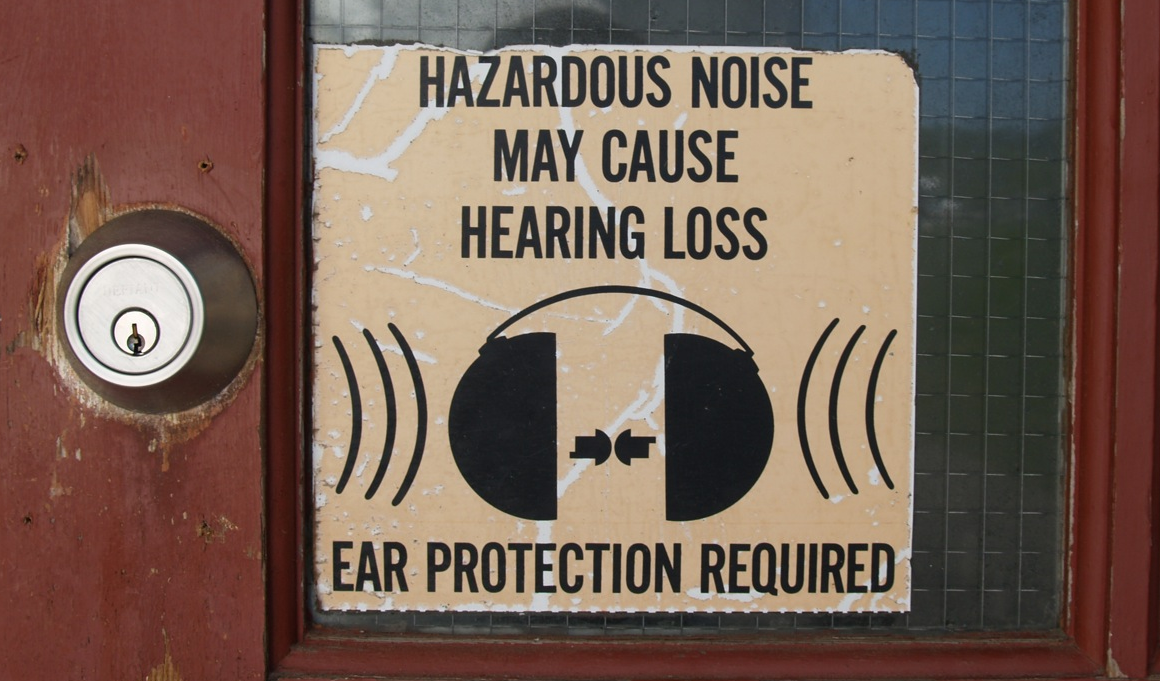 It's common knowledge that the jarring sound of a jackhammer—or the loud blasts of a rock concert—can damage our hearing, but that's not the only type of harmful noise.

Two types of everyday noise can be bad for us. One is excessive noise, such as the prolonged loud noise of being near an airport. The other is simply the distraction of general noise around us, such as conversations or interruptions from colleagues in the workplace.

The former may seem worse, but both can be detrimental to our productivity—and sanity.

Excessive Noise Is Bad for Health

Being around excessive noise has been found to affect our health quite seriously. Epidemiologists have found correlations between chronic noise sources such as highways and airports and high blood pressure, something that in turn can lead to other health risks, including damage to our brains and kidneys.

Other studies have found links between noise and sleep loss, heart disease, and tinnitus. People who live in consistently noisy places also commonly have elevated levels of stress hormones.

Quite ahead of her time, Florence Nightingale reportedly considered quiet an important part of patient care. Concerningly, modern hospitals have become far noisier than they were in the past. As more technology is added to wards, the average noise level in hospitals is well above the World Health Organization's hospital noise guidelines for patient rooms, something that is detrimental to patient health and recovery. Such a noisy environment can even cause doctors to confuse similar-sounding drugs—a potentially deadly mistake caused by excess noise.

High-noise environments are dangerous for our mental health as well. One study looked at children who went to school near the Munich airport before and after the airport was relocated. The researchers found that students attending that school performed worse on long-term memory and reading comprehension tests when the airport was near their school.

When the airport was moved, the researchers followed up with the nearby schools and found reading comprehension and long-term memory had improved among students at the school near the old airport site. Children in schools near the airport's new location, however, had worsened.

It's not just airports that cause noise pollution: elevated trains and other transit systems contribute to poorer scores for students in nearby classrooms, but installing noise-reduction materials in the rooms were able to reverse the effects.

Both examples point to good news: removing the noise can take away the mental effects. It may not, however, reverse physical effects from long-term exposure to noise. Going to school near the airport had also led to higher blood pressure and higher levels of stress hormones, as well as trouble with speech perception, problems that didn't improve after the airport was moved. 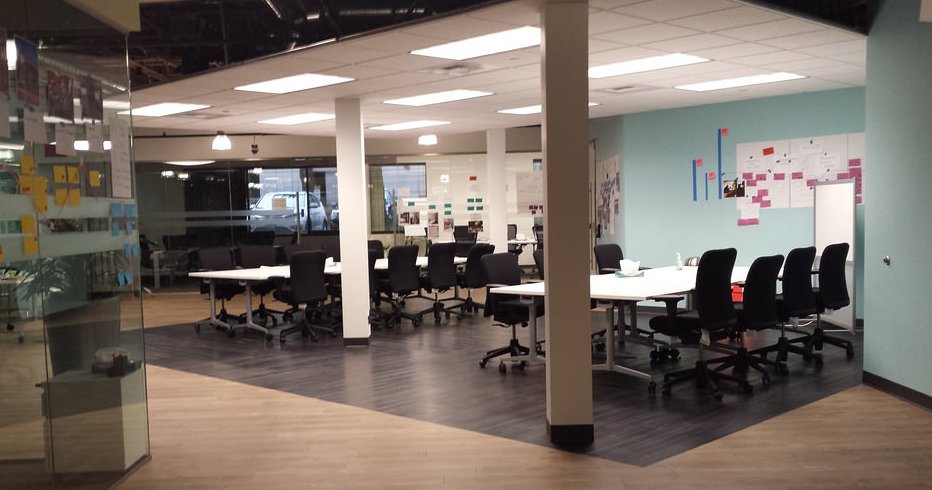 If you need to focus,

So what about those of us who don't live or work near an airport or a highway? How does general daily noise affect us?

For most of us, daily noise tends to involve interruptions and distractions. Coworkers, meetings, phone calls, bustling cafés, street noise, and our phone's various notification sounds all vie for our attention as we try to work.

If you work in an open plan office, you'll probably find this is an even greater problem. Ollie Campbell, CEO of Milanote and part of Navy Design's multi-disciplinary team, says open plan offices come with their own implicit values. They make team members feel that disruption is acceptable, collaboration is the key priority, and serendipity is worth the interruptions it requires. According to Campbell:

In most workplaces, focused work is left to chance.If nobody's called you for a meeting that day, you might get an afternoon to yourself.

Distractions and interruptions are such a common part of our workdays, we don't even think of them as excessive noise anymore. It's often more obvious when we don't hear the noise of distractions around us at work than when we do.. A study at the University of California, Irvine, found that knowledge workers have focus periods of just eleven minutes on average, in-between interruptions. As Campbell said, "if you need to focus, 'work' is pretty much the worst place you could be."

Collaboration is important, but so is focus—particularly for those of us who are creators. For knowledge workers, our work happens between us and the blank page. Disruptions and noise only interrupt that process.

Between interruptions, distractions, background noise, and general lack of calm and quiet, the noise of the office can be harmful. With a buzzing office around you, a bustling street out the window, and something distracting you every three minutes, it's almost impossible to create anything of value.

The Benefits of Silence 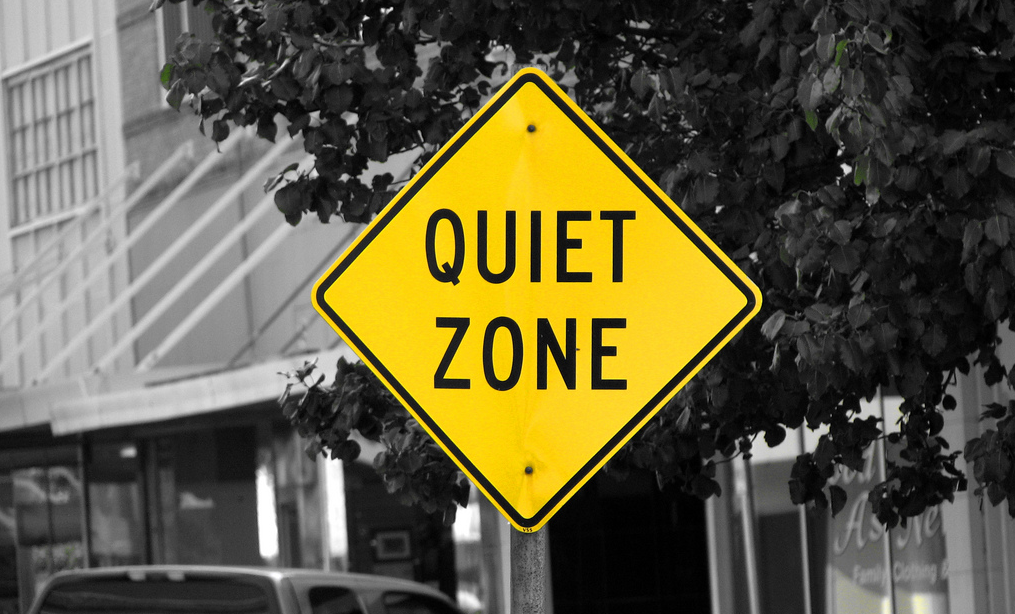 Both creative thinking and decision making get a boost from silence

Shutting both types of noise out--literal (and excessive) sound, and the more general commotion of the modern workplace—can improve our ability to focus and create our best work.

Here's why you should replace noise with silence.

Silence Gives the Brain a Break

In one experiment testing how the brain reacts to different types of music, silence was used as a control between the different music clips. But silence actually produced one of the most interesting effects. When compared with so-called "relaxing" music—or even long silence before the experiment began—short, two-minute silent pauses between the music actually proved more relaxing on the brain. It seems the effect of silence is heightened by contrasting it with noise.

Perhaps our strong reaction to silence's relaxing effects is related to how our brains work when they're not bombarded by the outside world. Research suggests our brains are never really quiet—instead, they're always working, even when we're not actively engaged in a conscious activity. In fact, science suggests when we do engage our brain in a conscious effort, it actually overrides the brain's "default mode," temporarily diverting resources to what we want to do.

Complete silence, then, allows the brain to return to its normal default state and continue its processing.

Our brain's ongoing background processing seems to be responsible for the sounds our brain makes, too. For instance, when a song you know well is stopped in the middle of the chorus, your brain will often fill in the gap by creating the sound of the next line of the song. You're not actually hearing anything, but rather creating that sound inside your mind, according Robert Zatorre, an expert on the neurology of sound. "In the absence of sound, the brain often tends to produce internal representations of sound," says Zatorre.

Silence isn't simply relaxing for the brain, either. One study of mice found that listening to silence for two hours every day prompted the subjects' brains to grow new cells in the hippocampus, which is related to our brain's memory abilities. While new cell growth doesn't always provide health benefits, in this case those new cells did become new, functioning neurons within the mice brains. In other words, silence could make you a little smarter.

We Do Our Best Work in Silence

The ability to shut out the world around us can be beneficial, beyond the pure benefits of silence. Both thinking creatively and considering long-term decisions are skills that, according to psychologist Jonathan Smallwood, "allow us to generate novel solutions to problems," and to stick to our plans long enough to reach our goals.

"It seems that the capacity to disengage from the outside world when the external environment is sufficiently benign reflects a skill set that is important to almost every human endeavor," says Smallwood. Put simply, these skills help us achieve success.

Smallwood isn't the only one who thinks getting away from the noise of the world is a useful habit to build. French mathematician and philosopher Blaise Pascal believed humans should learn to be quiet more often, as expressed in his famous quote: "All the unhappiness of men arises from one simple fact: that they cannot sit quietly in their chamber."

Derek Sivers, writer and founder of CDBaby, says spending time alone, away from the noise of the world, provides the best opportunity for creating new work:

It's not that I hate people. The other best times in my life were with people. But it's interesting how many highlights were just sitting in a room, in that wonderful creative flow. Free from the chatter of the world.

For Sivers, spending time unplugged, disconnected, and in silence is where he feels most creative. "Silence is a great canvas for your thoughts," says Sivers.

At design agency Navy, the struggle to get work done in the office was real. The constant distractions and regular noise was such an issue that employees were staying home when they really needed to focus. To fix this, the Navy team instituted daily "quiet time."

Before lunch at Navy HQ, the team agrees to be completely silent. Not just in person, but online, too. No emails, no slack, no tapping colleagues on the shoulder, and especially no meetings. They even put their phones away in drawers so they can really focus. As Campbell explains, "Quiet time is a contract: a few hours a week where we agree to work even if we don't feel like it."

Though it took months to get used to regular quiet time, after doing it for four years the team is now 23 per cent more productive. They're also less stressed overall and are able to take Friday afternoons off because they get so much done during the week.

It worked. "Work has become the best place to get things done," says Campbell.

You can't always escape noise. Sirens will go by, you'll get stuck at an airport for hours, and you can't force your coworkers to be quiet. And sometimes, you'll want to work from a noisy coffeeshop or attend a concert.

But when you can, it's worth choosing silence. Perhaps you can start by adding a period of strict quiet time in your workplace. Strive to find small pockets of silence for yourself during the day, and savor the silence. Or, if you can, perhaps it's time to add extra insulation and block out the consistent noise from your home and office, something that might pay for itself in increased focus and direct health benefits.

Finding silence and a calm space for yourself won't just improve your health—it'll help you do the best work you can.

Sometimes pure silence might not be the best—you might need some sounds to drown out the distracting sounds around here. Here's how to do that with the best background noise apps.