How to Make Better Decisions with an MVP Mindset

A guide to using product management strategies in your daily life

It's human nature to seek perfection.

I learned that lesson quickly as a product manager when I was tasked with guiding web development projects from first idea to formal launch. No one wants to release a product that's not perfect, right? So the company executives who funded the projects always wanted every feature imaginable, each with the shininess of the newest iPhone.

Example: I once had a project sponsor ask for "Google-like search functionality" for a rarely used feature of a project—one that was already behind schedule and over budget. He felt certain that in two weeks, we could (and should) recreate what Google had been building for decades.

That's when I introduced him to the concept of a minimum viable product (MVP).

An MVP defines the absolute minimum features you need for a project to feel like it's complete. And not complete in the it-has-every-feature-you-want kind of way. Just in the it's-ready-for-the-world kind of way. It has no wish lists or maybes in the scope. Instead, it's all about, as the name implies, the minimum you need for the project to be valuable.

The concept of MVP is most prominent in web development projects, but it also maps onto decision-making in all aspects of life. Before I get into that, though, let's start from the beginning.

What Is a Minimum Viable Product?

What better place to get the definition of MVP than from Frank Robinson, CEO of SyncDev, Inc. and the person who coined the term?

We define MVP as that unique product that maximizes return on risk for both the vendor and the customer. - SyncDev

So the goal of an MVP is to reduce risk and maximize return. Said another way, all MVP's need to meet 2 requirements:

The first part is simple: If you don't deliver any value with your product, it's not really worth doing in the first place. As for the second part, gathering feedback is what allows you to see if the value you delivered satisfies your end users. You can determine what's working and what's not—and where to go from there. Basically, you're pursuing a long-term goal in a series of short-term steps. Instead of looking to the finish line, you're looking to the next checkpoint. And each of those checkpoints is its own MVP.

For more context, we'll take a look at how to use MVP within a web development project.

Let's say you want to start accepting credit card payments for purchases on your website. You recently purchased a rug from Rugs Direct and decided its interactive form would be perfect for your site.

You take the request to your developers—basically "hey, please copy this"—and they tell you that it will take 3 months and cost $5,000 to build. The problem? You need it in a month, and you only have $1,000.

That's right: You need an MVP.

Remember, to find your MVP, you need to determine the smallest amount of work you can do that both delivers value and allows you to gather feedback. Let's walk through it step by step.

You need to be sure you're delivering value, so start by defining what's valuable about what you're asking for. Put simply: What is the must-have? In this case, the value of the project is being able to accept credit card payments on your site.

Next, look back at the original ask ("hey, please copy this") and determine what you absolutely must build to deliver that value. In this case, that's the credit card form (shown on the left side of the image above). You can't accept credit card payments without giving users a way to enter their card information.

Now you need to be sure that your MVP allows you to get feedback. By releasing only the credit card form, you can gather feedback from your customers and determine if the interactive card feature (shown on the right side of the image above) is actually needed. If so, you can always build and release the interactive component later. But if not, building and releasing your MVP first saved a lot of time and money.

So you can see that an MVP lets you make small, incremental progress toward a larger goal, deriving value and gathering feedback at each step along the way.

Folks in Silicon Valley love mottos. Two of their favorites: "Fail fast" and "Perfect is the enemy of the good." Sure, we'd all love to succeed fast and always be perfect, but that's not usually how life goes. You need to make mistakes to learn—so you might as well make those mistakes quickly.

How MVP Leads to Better Decisions

Now it's time to see how MVP can be mapped onto personal decision-making. We're not coming up with this connection ourselves, either. Frank Robinson himself is on board:

"MVP is more than its definition. It's more than a series of procedural steps. MVP is a mindset. It says, think big for the long term but small for the short term." - SyncDev

If MVP is a mindset, that means it has applications well beyond web development. In a personal setting, adopting an MVP mindset helps you tackle the smallest valuable steps you can take toward long-term goals, testing the accuracy of your assumptions along the way.

To start, let's look at an example of what can happen when you don't use an MVP mindset in your personal decision-making.

I knew a girl—let's call her Mary—who had spent 2 years and thousands of dollars pursuing an undergraduate degree in teaching. She had always wanted to be a teacher and had a feeling that it would be a rewarding gig for her. In her third year, the program required her to work as a student teacher. And after a week of student teaching, she realized that she didn't like teaching. At all.

Where did she go wrong?

Mary had set a long-term goal. That's not a problem in and of itself, of course, but she didn't set any checkpoints for herself along the way. Instead, she looked ahead to the finish line, which didn't give her any early opportunities to validate her assumption that she would enjoy teaching. Instead, she spent a lot of time and money on classes she didn't need. If she'd gone into it with an MVP mindset, she could have gathered feedback ("Do I actually like teaching?") before diving in head first.

OK, it's easy to identify what went wrong. But how about some solutions?

Mary needed a solid first MVP that would have

Sure, web development projects and your personal life are completely different beasts. But using an MVP mindset in either one will save you time and money.

How to Find Your MVP

Now let's start from scratch and walk through the process of finding an MVP for your personal goals. To start, you need to answer 3 questions:

2. What are all of the steps I need to take to meet that goal?

3. What are some small steps I can take to make progress toward my goal that will test my assumptions along the way?

All 3 of Mary's answers to the third question are their own little MVP's. Each is valuable to Mary's long-term goal of finding a career she loves, but each also gives Mary a quick way to gain feedback before taking major steps. In the end, Mary will need to tackle a whole slew of MVP's as she progresses toward her goal.

One Big Decision vs. Many MVP's

That's right: Finding an MVP isn't something you do once. Instead, the MVP mindset lets you make small, incremental progress toward a larger goal. So instead of stressing over all the different steps she needs to take, Mary just picks one and runs with it. Because it's a baby step, it's okay if she fails. 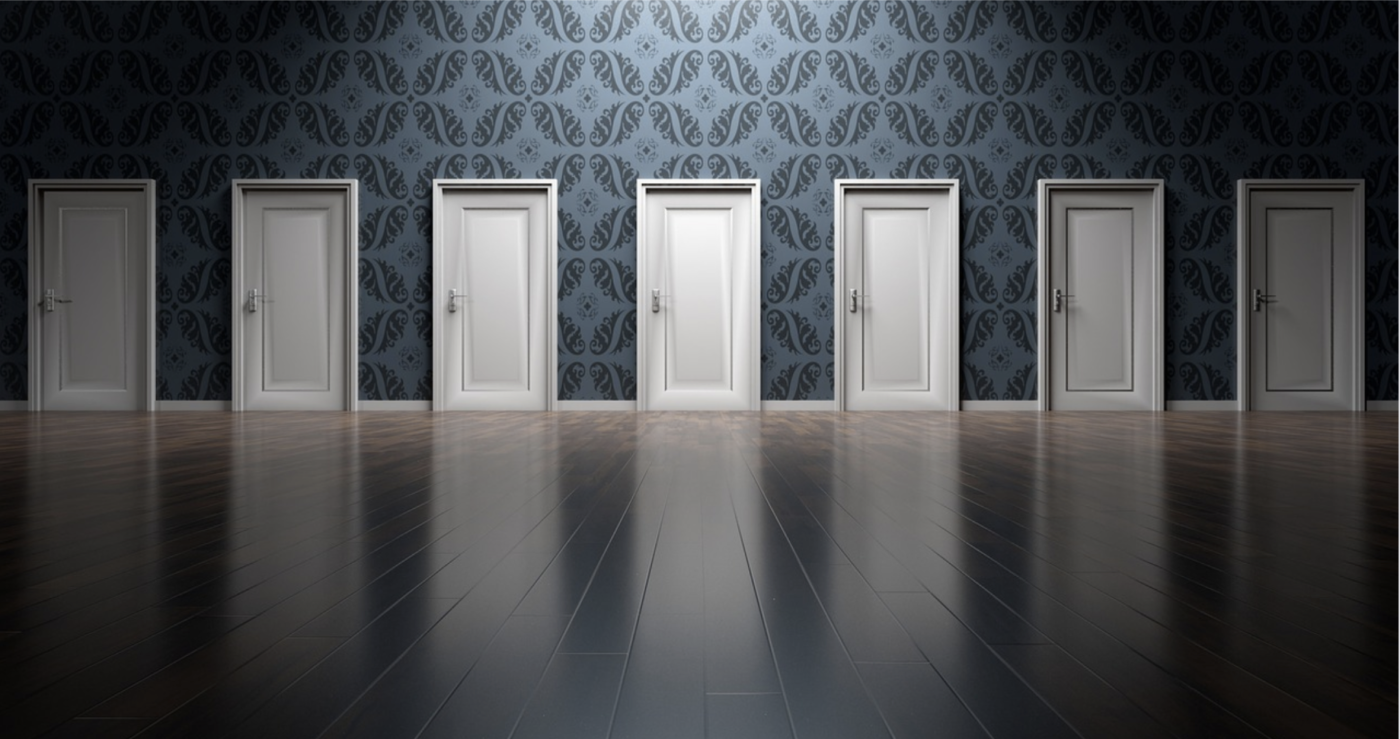 In fact, she might learn something valuable if she fails.

Let's do a quick run through of Mary's MVP's as they happen:

After completing these 3 MVP's, Mary is no longer just assuming she would enjoy a career as a graphic designer: She now has experiential evidence that she will. Her MVP mindset shouldn't end there, of course, but maybe her next MVP will be a bit bigger, like changing her major and working toward her degree again. What's important isn't necessarily the size of the MVP; it's the mindset you use to establish that step, one that encourages you to validate your assumptions, make progress quickly, and derive value in increments along the way.

A Few Final Tips for Finding Your MVP

I've hopefully convinced you that finding your MVP will help you with personal decisions, but it's not easy to take the leap into the MVP mindset. Especially when you're feeling confident about something, it can be hard to admit that you should still take baby steps along the way to that something. So I'll leave you with a few final tips that will help as you embark on your MVP journey:

Like with most things you practice, your ability to find your MVP will improve over time. The more you think about decisions in a series of valuable steps, the easier drilling down to those steps becomes. Eventually, you may find yourself executing on MVP's without even realizing you're doing it.