A guide to Google video and chat: Google Meet vs. Google Hangouts vs. Google Chat

Which Google video or chat app should you use?

It's hard enough to find team chat and video tools, but researching Google's various options can be downright baffling. Is Google Hangouts still a thing? What's the difference between Google Hangouts and Google Chat? What is Google Meet, and how is it different from Google Duo?

You're not alone in wondering this, and it's all a little hard to untangle. Here's a quick overview of Google's various chat and video services. Click each name below to go straight to its in-depth overview.

Google Meet, previously named Google Hangouts Meet, is Google's enterprise video conferencing software, offered as part of Google Workspace and also to free Google users. Meet offers features not seen in Hangouts, like real-time captions and support for up to 250 participants and 100,000 live stream viewers. Hangouts only supports video calls with up to 25 participants. Google users can head to meet.google.com to start a meeting, or meetings can be booked ahead of time using Google Chat or Google Calendar. 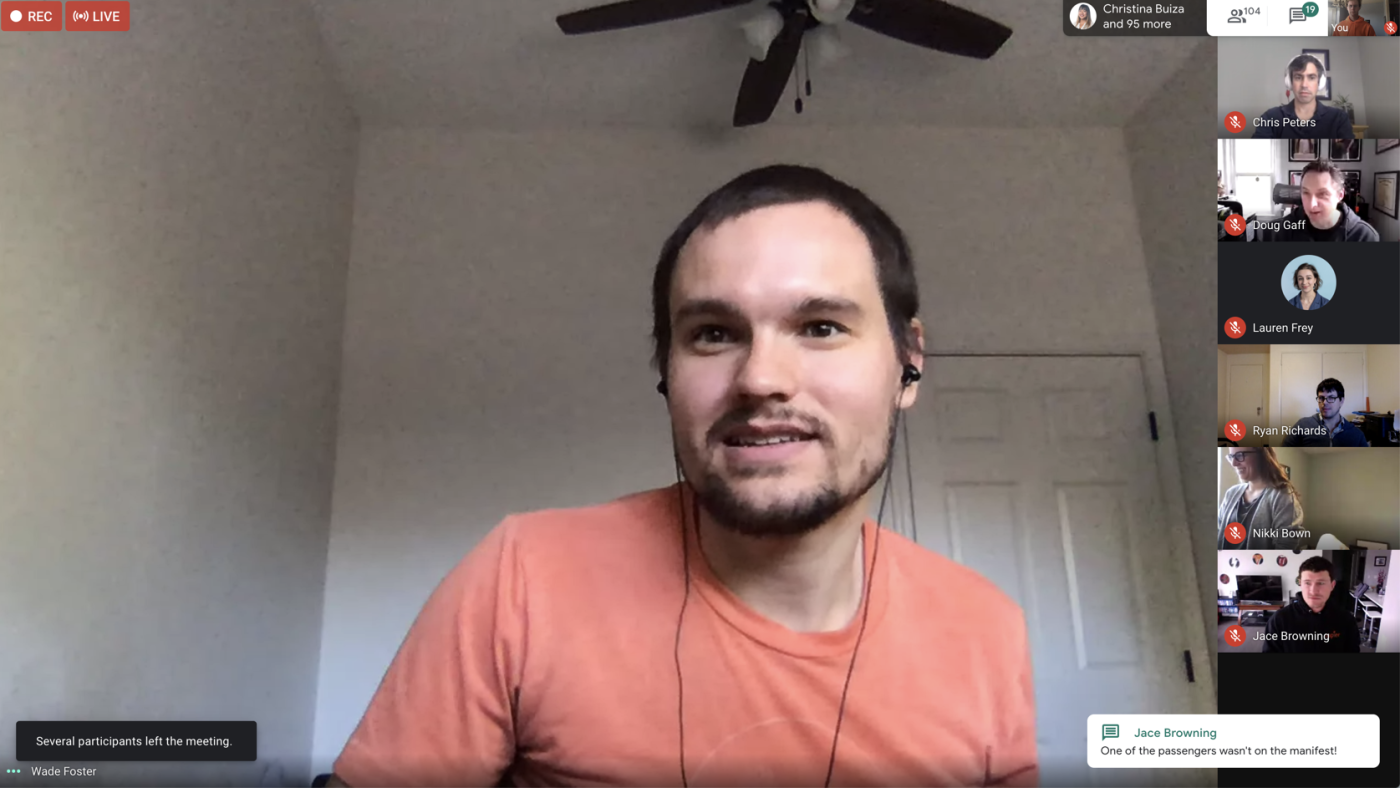 Unlike Google Hangouts' often dark interface, Meet puts its tools in a bright white toolbar. You can turn off your camera, mute your mic, or share your screen—and you can see each call participant on the right side of your screen. Much like Hangouts, the video of the person who's currently talking will be shown in the main part of your window by default, but unlike Hangouts, you can change this layout and use a grid view instead. 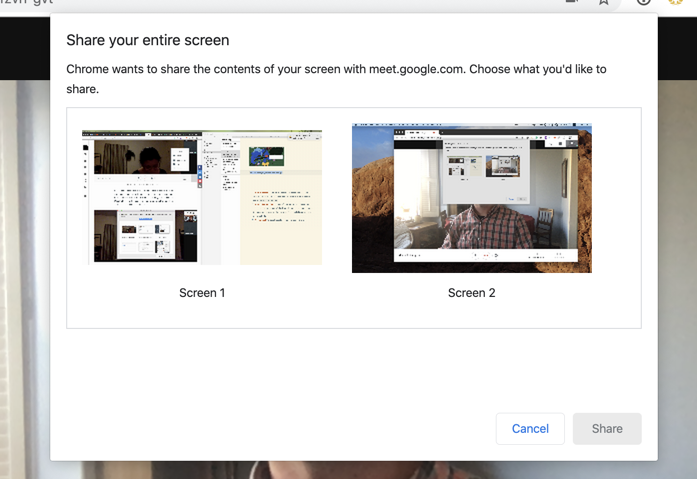 If you want to share your screen, Meet will let you share your full desktop, a single Chrome tab, or a single window. Google Meet worked well in our tests—about the same as traditional Hangouts. Its only problem is the same as every other video chat service: it drains your battery and kicks in your laptop's fans on longer calls. If your video's running slow, you can switch from the default 720p stream to 360p video.

You can learn more about Google Meet on the Google Workspace site or get help with Meet's documentation.

Ever wish co-workers and clients could schedule Google Meet calls with you by filling out a form? Here's how to set up Google Forms to do just that.

Google Chat, previously named Google Hangouts Chat, is a relatively new team chat app from Google, one that's similar to apps like Slack and Microsoft Teams. It's included with all Google Workspace accounts.

Chat is focused on ongoing conversations between teams in your company. You'll make groups that are focused on the team you invite to chat. Threads, which are optional in Slack, are the standard means of communicating in Chat—every group is basically a series of threaded conversations. You can also message individuals for one-to-one chats inside your company, and these conversations work a lot like the consumer version of Hangouts.

This app is deeply integrated with the rest of Google Workspace, so you can share documents and manage appointments right from chat. Share a Google Docs document and Chat will automatically update its sharing settings to make sure everyone in your team can view that document. Then when you search for older things your team has talked about, you can filter search by Google Docs, Slides, or Sheets to find specific documents you've shared.

Along with focused conversations, Chat helps you keep from being distracted with customizable notifications. You can choose which conversations you want to be notified about, and whether you'd like to get mobile or email notifications. 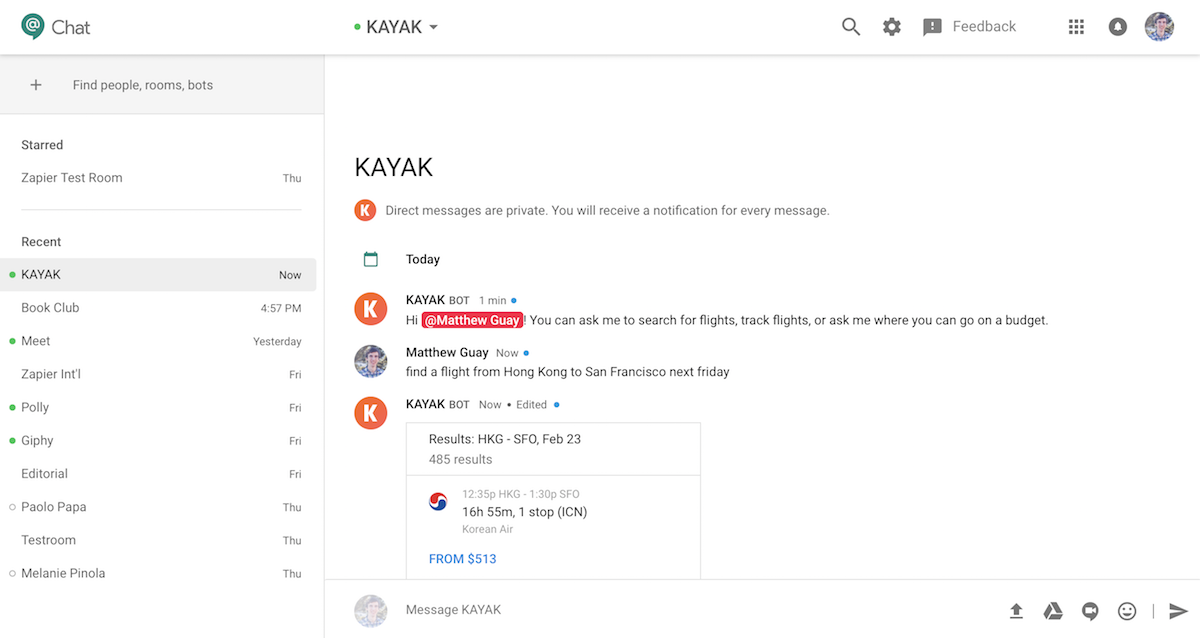 Perhaps most exciting are Google Chat's built-in integrations and bots. It comes with a built in @meet bot, which integrates with Google Calendar and Google Meet to set up an appointment with anyone on your team. You can browse through a wide range of bots that come with Chat today, including one from Kayak that helps you find flights right from chat. And you can chat privately with bots or add them to rooms to get more done right from chat.

By integrating Google Chat with Zapier, you can get notifications about upcoming events, track your to-do list items, and more. Zapier can connect Google Chat to thousands of apps, but here are the most popular workflows:

Use Zapier to connect Google Chat with your favorite apps so you can keep important information in one place.

Which Google chat app should you use?

Google has launched over a dozen voice and text chat apps over the years. Google Talk and Wave are long gone, Allo died quickly, and I'm sure we're forgetting others. It's not certain which apps will still be around years from now. Which of Google's chat apps should you use? Here's a quick guide to what each app offers.

for free messaging and video calls 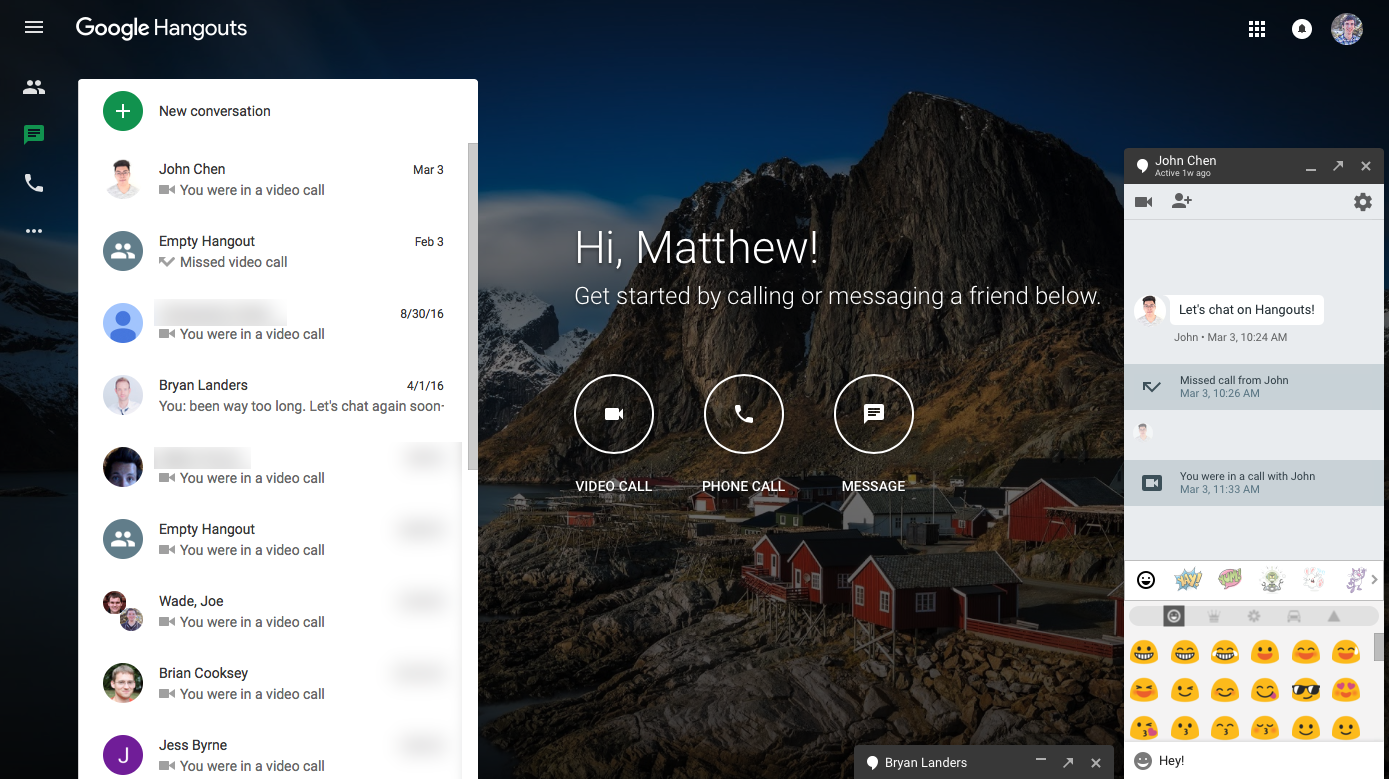 Google Hangouts is the chat app built into the free version of Gmail, and it also offers video chat. You can chat with anyone else with a Google account—paid or free. You can also video-call up to 25 people at once, complete with effects like adding a fake hat to your head or playing a sound effect. Want to reach a broader audience? Hangouts is what powers YouTube Live, for live broadcasts streamed from your chat app.

Hangouts works everywhere: on mobile and on most desktop browsers. It's a click away in Gmail, and whenever you make a new Google Calendar appointment, you'll get a Hangouts link as well to easily jump on a call. It's great for business calls and equally handy for personal chats.

→ Find out more and try at hangouts.google.com, or check out Zapier's Missing Guide to Hangouts Video Calls for more details. 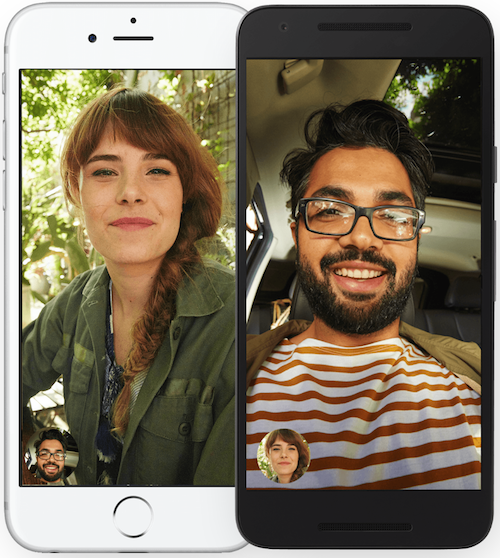 Ever wished FaceTime worked on Android phones too? Or that you could use Hangouts video chat without all the extra features? Google Duo is the video chat app you've wanted.

Duo's one of the easiest to use video call apps. Just open the app, tap a contact, and talk to them in full-screen video seconds later. You can also make calls using your computer at duo.google.com.

for sending SMS and MMS messages on Android 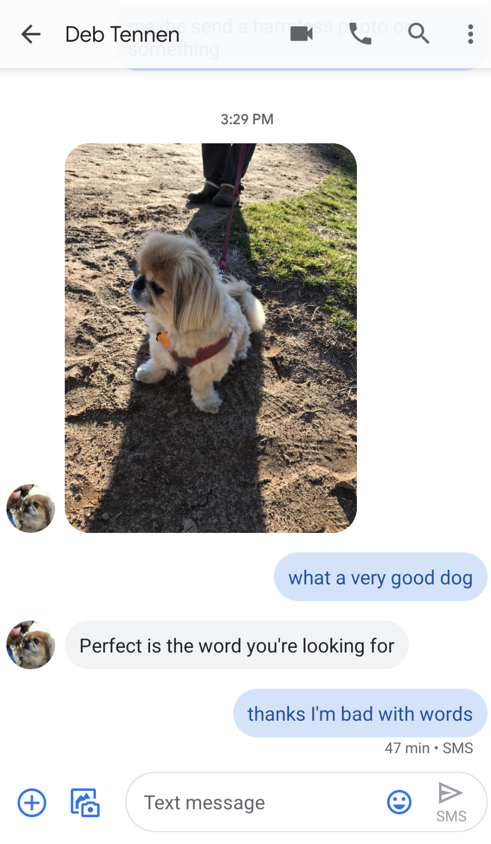 Want to send SMS and MMS messages on your Android device? This is the best app for the job on Android. It's simple at first glance, but offers Android users a simple way to text from a computer. And, depending on your carrier, you may be able to turn on chat features to enable advanced features like read receipts and Wi-Fi messaging. It's not quite an iMessage alternative for Android yet, but Google is moving in that direction.

→ Find out more and download from the Google Play store.

Originally published in March 2017 and updated in April 2018, this post was most recently updated to reflect Google's evolving products. Former staff writer Matthew Guay contributed to this article.