The 5 Best New iOS and macOS Work Features in 2018

Apps help us get work done every day, but we still need an operating system to run them. Hidden in the background much of the time, they're what power our keyboard shortcuts, run our favorite tools, and keep us productive.

Each year, Apple launches new versions of its operating systems, iOS for iPhones and iPads, and macOS for Macs. At Apple's World Wide Developer Conference or WWDC yesterday, the company announced the upcoming macOS 10.14 Mojave and iOS 12 that will launch this fall. iOS 12’s main focus is on speed, with the keyboard opening 50% faster and new apps opening twice as fast as before. macOS Mojave brings a design refresh, with a dark theme for apps, a new App Store, and new folders on your desktop to automatically keep your desktop clean.

The most important new features are those that will help you work faster. Here’s what to look forward to, with the top features you’ll use in your work:

Update: Both iOS 12 and macOS Mojave are available now, so you can start using these new features to work more productively.

Let your iPhone do sets of tasks for you automatically 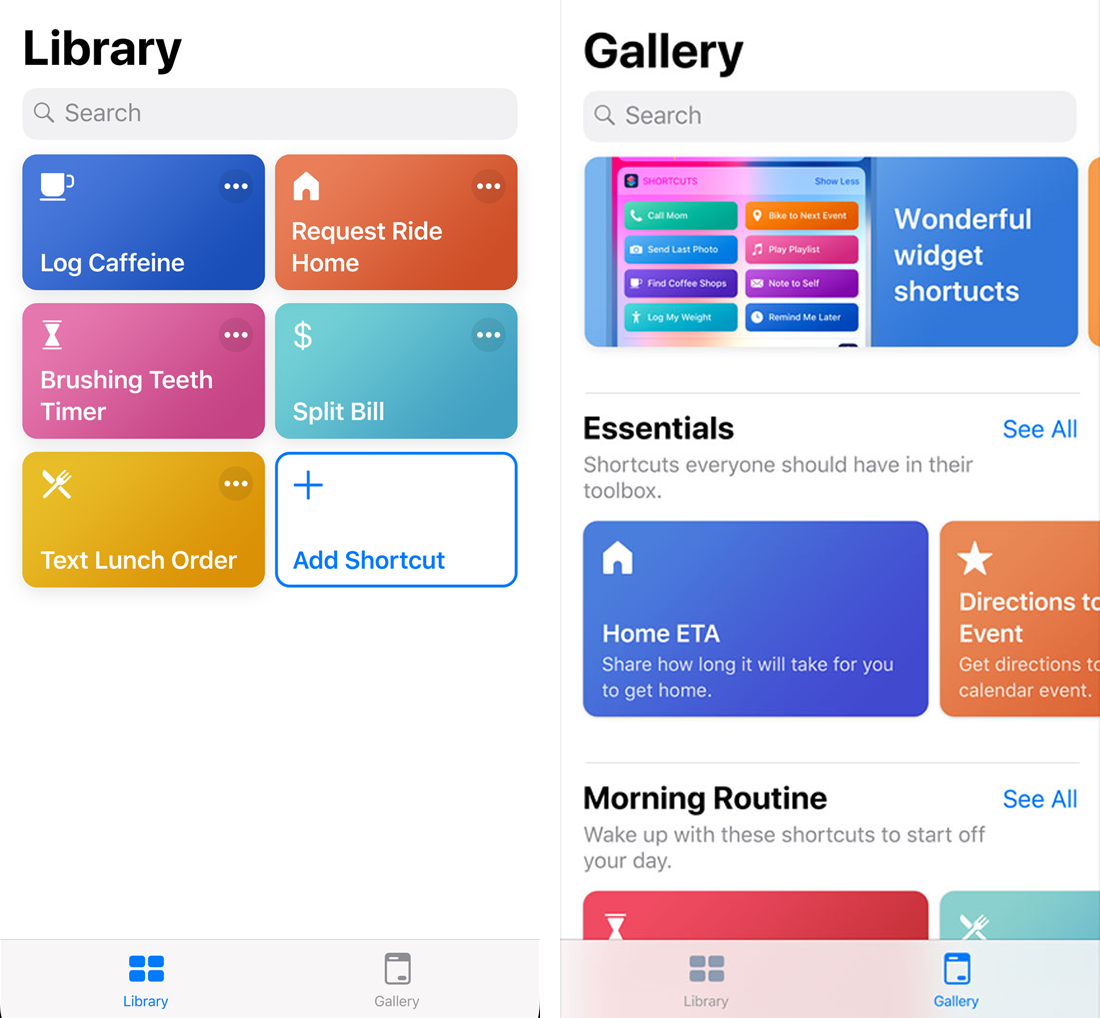 The biggest productivity boost from Apple’s new releases in 2018 might come from iOS’s new Siri Shortcuts. It lets your iPhone do sets of actions for you automatically. Want to add a reminder and send an email at once? Or want to text meeting participants when you'll arrive, and get directions at the same time? With iOS 12, you can build workflows for that and more in Siri Shortcuts. You'll add steps from built-in and supported 3rd party apps, add a name for the shortcut, then run the workflow from the Shortcuts app or say your shortcut to Siri to run the workflow. Apple’s demos focused on home automation, but the most powerful workflows will help you get work done without touching your phone, thanks to Siri.

Siri Shortcuts is based on Workflow, an iOS automation app that Apple acquired early last year. You can use it to share photos, send messages, and more today—and then build even more detailed workflows that work with Siri later this year when Siri Shortcuts is released.

Team video chat with up to 32 people, for free 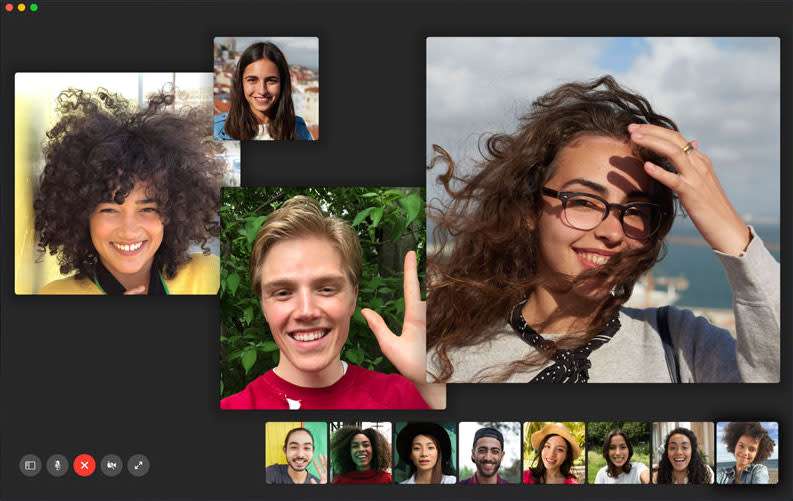 FaceTime is one of the best apps for quick video calls with anyone else on a Mac, iPhone, or iPad. It’s built-in, streams high quality video, and works quite well most of the time.

→ Until Group FaceTime is released, check out our roundup of the best video call apps, including Zoom and Google Hangouts for group calls.

Edit and annotate screenshots as soon as you capture them 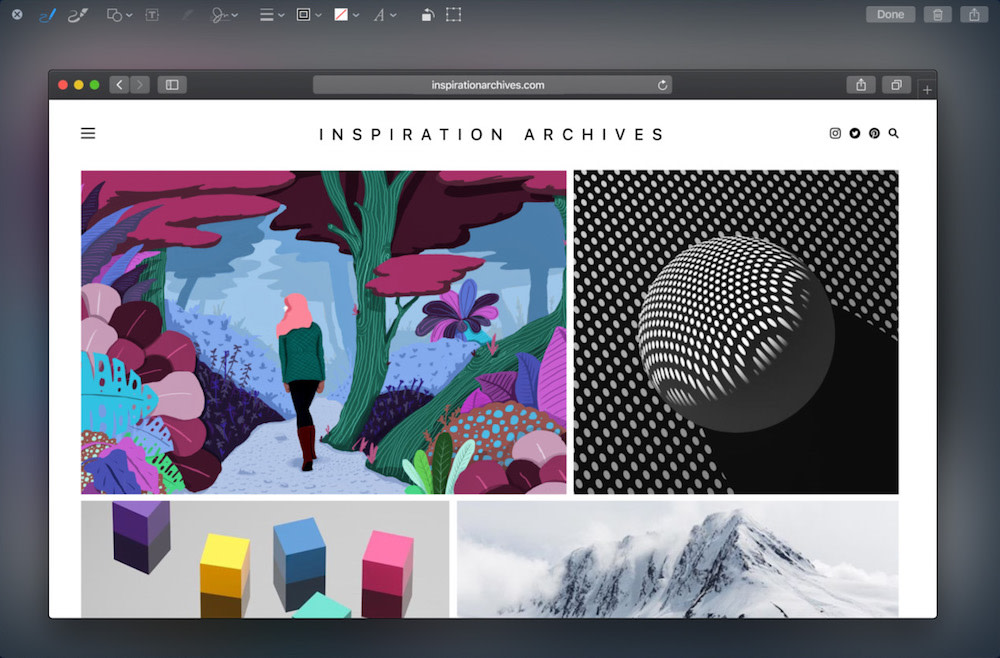 When you need to make a software tutorial or show a coworker a bug in an app, screenshots are the way to go. macOS has long included a number of screenshot tools, hidden behind easy-to-forget keyboard shortcuts.

macOS Mojave includes a new screenshot tool to help showcase anything on your screen. Press the same Command+Shift+4 shortcut to take screenshots, and this time, macOS will show on-screen buttons to capture a window or your full screen, include your cursor if you want, or record a video of your screen. The new screenshot will then show in a thumbnail on the bottom right corner of your screen, similar to when you take a screenshot on an iPhone. Click that thumbnail to crop or annotate your screenshot before sharing it.

Best of all, those same editing and annotation features are coming to all Quick Look windows this year. Click on a file, press your spacebar to preview it, and you can crop images, sign PDFs, and more directly from the preview.

→ Learn how to take better screenshots in our guide, with tips for iOS, macOS, Windows, and more. 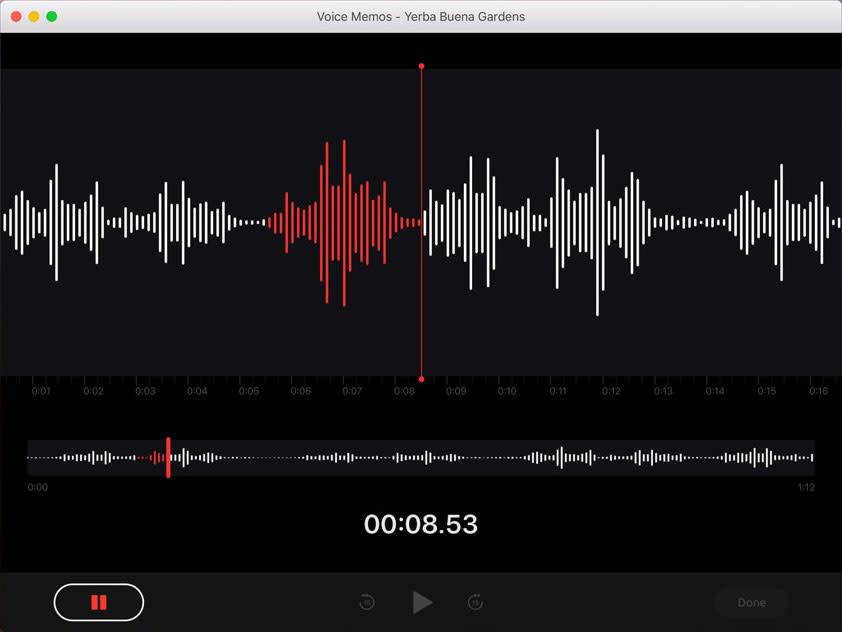 The iPhone has long included the Voice Memo app to record audio. Much like a reporter’s tape recorder, it's a handy way to save voice notes about your day, project ideas, or even a bit of a song you’re trying to write or remember.

That app is getting a redesign in iOS 12 and is finally coming to the Mac as well. It’s the same simple tool. Press record, talk, then stop and listen to the recording anytime. The new iOS and Mac app both sync recordings via iCloud and let you trim the recordings to save just what you want. It’s a new handy way to record interviews and calls through your built-in mic as you can on the iPhone—and we’ll have to see if it can record in-app audio plus your mic at once when it's released this fall.

→ Learn how to record calls, with tips for Voice Memos, QuickTime, and other apps that can help you record your next interview better.

What a wonderful present for us at WWDC this year! Thank you to all our friends at Apple for this great new API. #1PasswordAutofill pic.twitter.com/jpvRVogslS

One of the most annoying parts of using two-factor authentication is having to copy the code from one app into another or from an SMS message into an app with two step authentication. iOS 12 simplifies this process with security code autofill suggestions. If you log into an app and get an authentication code via SMS, iOS will recognize the code, copy it from your message, and let you use it in the app or site with one tap.

iOS 12 also simplifies entering passwords into websites with an API that brings password suggestions from password management apps into websites. The 1Password team already put together a demo showing how 1Password find accounts you have on a site, let you authenticate, and then automatically fill in the details without needing to open another app. It's a few less steps than it takes today to add passwords from the Safari share menu.

→ Learn more about two factor authentication in our guide, and check out our roundups of the Best Password Management Apps to keep your logins more secure and be ready when iOS 12 comes out.

When Will macOS Mojave and iOS 12 Be Released?

macOS Mojave and iOS 12 will be released in fall 2018—and likely in late September. The past two years, Apple has launched new iOS releases on September 13 and 19, and macOS on September 20 and 25, respectively. Apple’s only promising the new versions will come this fall, as usual, but odds are you’ll be able to upgrade by October.

If you're a developer, you can install beta versions today from Apple's Developer site. It's best to install them on a secondary device for testing as beta versions may have bugs. If you do install the betas, be sure to backup your devices first before installing them.

Screenshots and graphics via Apple’s macOS Mojave and iOS 12 sites and press kits.