Twitter used to include an RSS feed on each Twitter profile but removed it several years ago. Fortunately, it's not hard to make your own RSS feed for a Twitter account, searches on Twitter, or mentions of a hashtag or user. In this tutorial, we'll walk you through how to create your own custom Twitter RSS feed.

Want to follow more of your social media accounts? Here's how to create a custom RSS feed for Facebook.

To streamline the process, start with one of these Zaps—Zapier's automated workflows—to help you make RSS Twitter feeds in a few clicks:

Post new tweets from users to an RSS feed

Or, if you want to customize your workflow even further, follow the steps below. 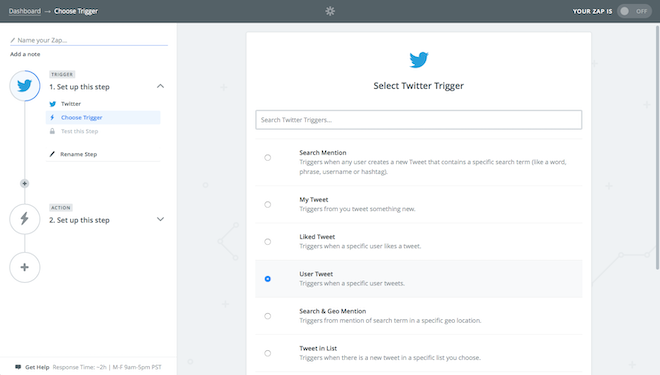 Next, click + Add a Step and select the RSS by Zapier app as the action app. Enter a name for your RSS feed in the Feed URL box, then click Copy to clipboard—this is your new RSS feed—and save it to your notes app or RSS feed reader. 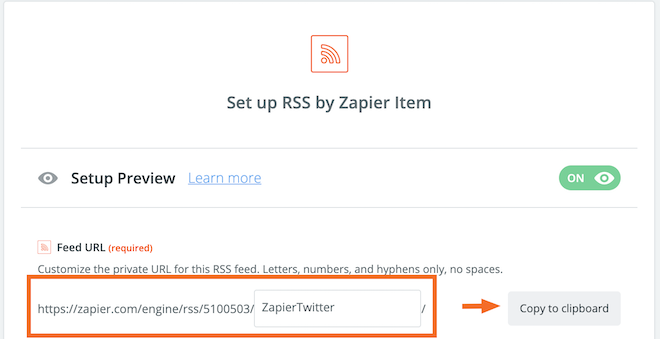 Now, tap the + icon beside each required field to add the correct information from Twitter to the RSS feed. We've put the Tweet text as the Item Title and the Tweet's URL as the Source URL. For the Content, put whatever will work best in your RSS reader—we used the user name and Tweet text. 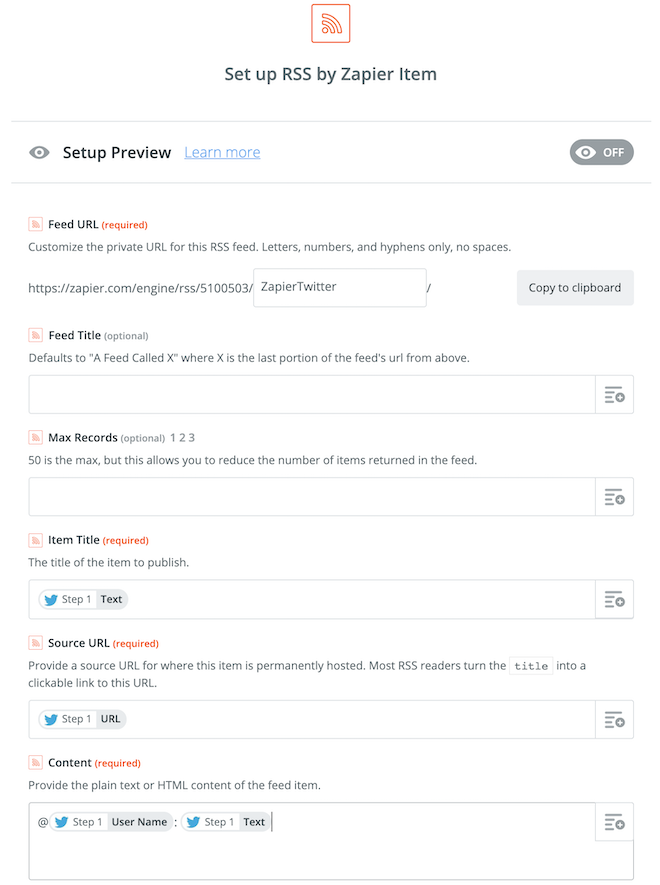 Save and test your Zap. You can now follow those Tweets with your favorite RSS feed reader.

You can also choose to have your Zap watch for new Tweets from a user or list, monitor search queries, or track mentions of a hashtag or user. Just select the option you'd like in your feed instead of User Tweet in the first step above, then follow the Zap setup process.

If you want your RSS feed to only include specific Tweets—perhaps those from your brand that include a link—then add a filter to your Twitter/RSS Zap to make a Superfeed..

Want to share posts from an RSS feed to Twitter instead? There's a Zap for that, too:

Matthew Guay is a tech writer and editor, lives in Bangkok, reads voraciously, and loves finding new ways to get apps to work together.