The internet is a nightmare now, but reader mode makes it better

Reader view on Safari, Firefox, and Chrome can make the internet a better place for readers.

It's not just you: the internet is actively hostile to readers—and it keeps getting worse. Most pages are so cluttered that it can be hard to find where the article even is.

Which is why I suggest a feature way too few people know about: reader view.

Want more tips like this? Here's how to ruin your brain less while using the internet and how to block all website notifications in your browser.

What is reader view?

Instead of trying to block the annoying stuff, the way ad blockers do, reader mode looks for and grabs the article you actually want to read, then shows you only that. Apple devices have this feature built in; you can find the button in the address bar. Here's how that looks:

There's even support for automatically using it on any website, which is useful for sites that are constantly cluttered. Click the settings icon next to the URL bar for that option. (Firefox offers a similar feature.) 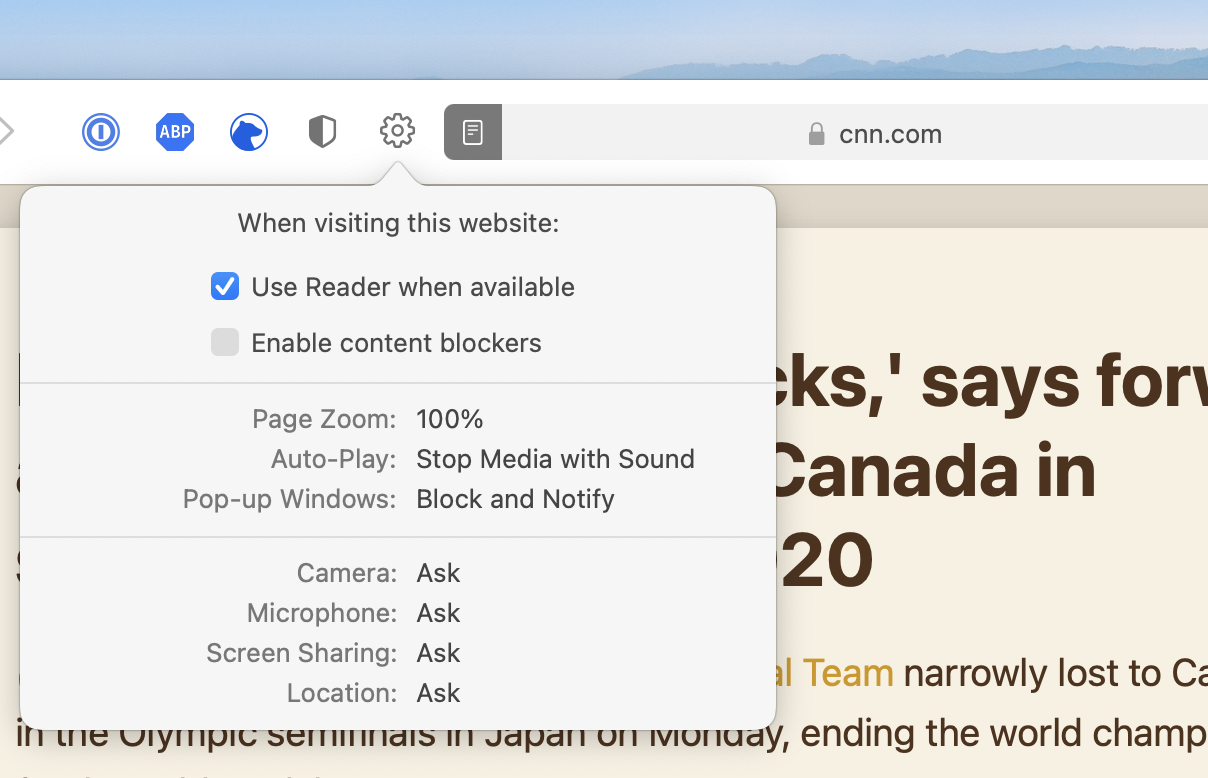 Chrome doesn't offer reader mode, but you can install a browser extension called Mercury Reader. Once you install it, click the rocket icon when you're on a site that's too cluttered, and you'll see only the article. 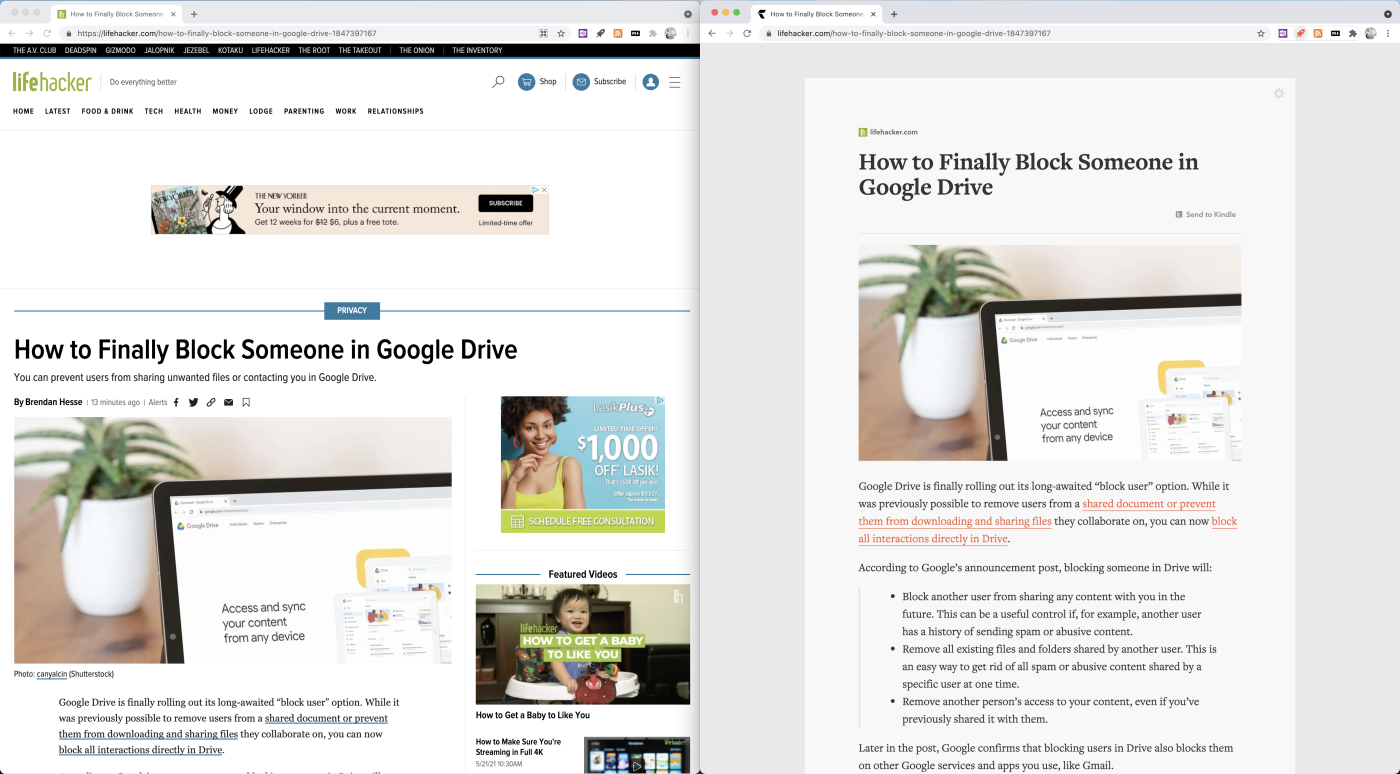 It's not perfect. For example, sometimes subheaders won't be formatted properly, which can be a little disorienting, and there are other occasional glitches. For the most part, though, this isn't nearly as distracting as the cluttered websites themselves.

Why not just use an ad blocker?

Why use this feature instead of an ad blocker? There are a few reasons.

First, ad blockers are ethically dubious. I spent most of my career writing for ad-supported websites, and while I don't love the advertising industry, it's the only way most websites can make enough money to pay writers.

Reader view means ad-supported sites still get paid: the ads still load, and I can still click them if I want. The algorithm gods are appeased, but when it's time to read, I can do so in peace. It's a win-win, really.

That's not all, though. The fact is that ad blockers aren't enough anymore because ads are now just one of the many annoying things that clutter up the average website. If I blocked every ad on every website, I'd still constantly be distracted by auto-playing videos and what marketers refer to as "calls to action"—pop-ups or buttons to sign up for a newsletter, for example. Blocking these things is a lot harder than blocking ads because they aren't served up by third-party ad networks. They're usually part of the website.

Read-it-later apps do a similar thing

While you're here, consider also checking out read-it-later apps. These tools let you save articles you find on the web, so you can read them whenever you prefer. They also extract articles, so you can read without clutter, and have the advantage of syncing between your devices and working offline. I, personally, like having both tools around. If you find yourself using reader mode a lot, I'd recommend trying one out.