How to Run a Company Retreat for a Remote Team

One of the downsides of being a remote team is that physical interaction doesn't happen unless you make a dedicated effort to get the team together.

While we firmly believe that day-to-day work does not need to happen in person, we do believe that some things happen easier when in person. Because of that, we get the whole team together for a company retreat twice a year.

1. Why Should You Run a Company Retreat?

Big, full-company retreats are tough to coordinate and expensive, so why even bother?

Ultimately: because some things are just better done in person. For instance, it's hard to have an impromptu, deep conversation with a teammate over Google Hangout about their kids, some random idea you've had improving a secondary process in the company, or company values. All those things tend to naturally happen in person, while they don't happen in a remote team unless you force it.

Also, retreats are a ton of fun. Since you don't see everyone on a daily basis, it's exciting to have everyone around for a week-long excursion where you can talk shop and learn more about each other as people in an everyday setting.

2. Where Should You Hold Your Company Retreat?

When choosing a place for your company retreat, there are a few things to consider:

Ultimately, though, go with what suits your company. I know some companies travel overseas or some bring everyone into headquarters.

3. How Long Should Your Company Retreat Last? 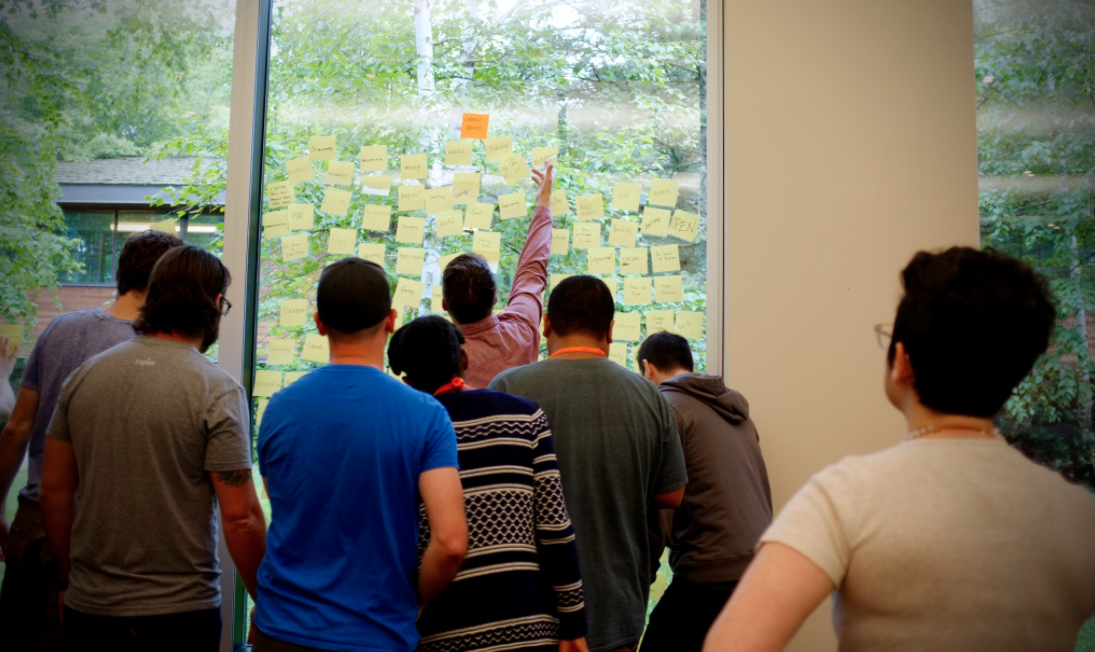 It depends. You need to be respectful of people's time. After some iteration, we've found four full days plus one optional "fun" free day, bookended by two travel days to be a good fit. People with family and kids aren't too inconvenienced, and it's long enough to do something meaningful. We have biannual retreats, one in the winter and one in the summer. Every year, the retreat weeks alternate to avoid these days always falling on someone's birthday or other family celebration.

As you grow, another thing to consider is staggering travel days. We have the founding team plus international travelers come in a day early. This means customer support for Zapier isn't abysmal for one day while everyone is traveling, and we can prepare the location with food since we're there a bit early.

4. What Should You Do During Your Retreat? 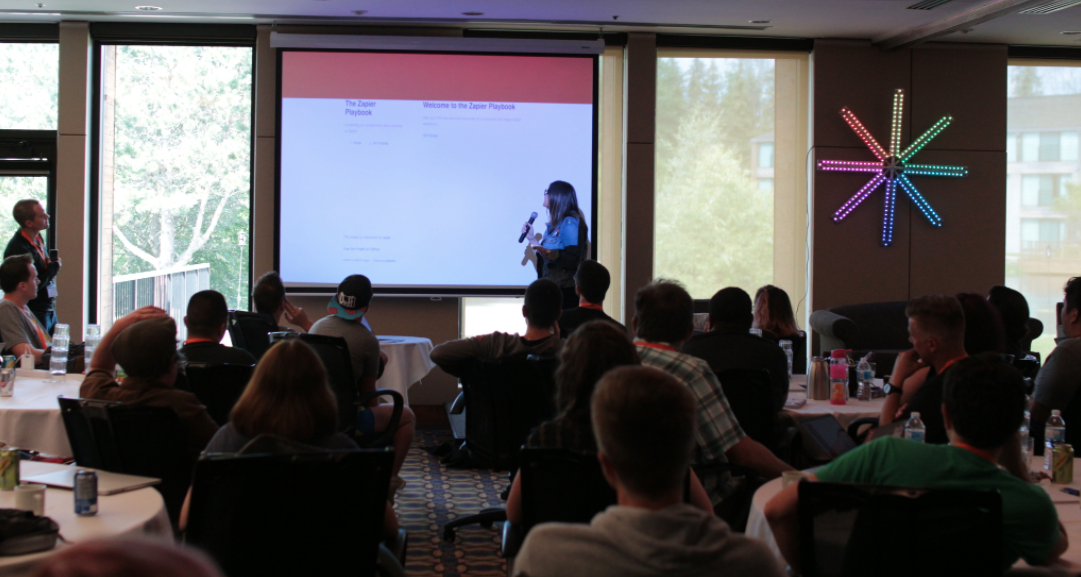 It can be easy to default to doing the things you always do on a day-to-day basis at work. But that would be a waste of an opportunity.

We decided early on that we should do things during the week that we can't do together—even if it was at the expense of making progress on Zapier itself. After all, we work on the product every other day of the year. For one week it makes sense to take some time off and work on the team which is just as important as the product itself.

Some of the best activities we do are mostly unrelated to work.

We play party games, such as Mafia, have karaoke nights, and have hiked Mt. Rainer, skied, swam in the ocean, and visited the USS Alabama together. Doing something physical is a great way to learn more about each other, but we've also done food tours and even visited an old Texas ranch that's used as a movie set.

We also spend time doing work-related things or discussing issues important to us.

Previously, we paired a mini-conference with a hackathon. Here's how we did it:

Some examples of hackathon projects that have come out of our retreats are new features like Formatter by Zapier, a guide to using Zapier, and accessibility enhancements in our product.

Most recently, we experimented with replacing the hackathon with an "unconference." While the hackathons encouraged collaboration with people from different teams and let us experiment with things that might not have otherwise gotten attention, they've been difficult to plan as we've grown. So for our last retreat, we decided to try unconferences instead. As Meghan Gezo, HR/People Ops Specialist, explains:

An unconference is a participant-driven meeting that lets attendees decide what gets discussed. Rather than locking everyone into a set schedule and set topics, the unconference lets everyone decide what topics are important to talk about. It also lets everyone participate in the discussion instead of just one person or a panel of people. Even if a topic ends up with only a few interested people, it can still be really useful to everyone involved!

Here's how it works:

Some of the topics covered at the last retreat include:

After doing a couple of retreats, we've found that the best retreats combine something everyone on the team can work on in person along with multiple activities that help the team get to know each other better. Like our Game of Thrones viewing party: 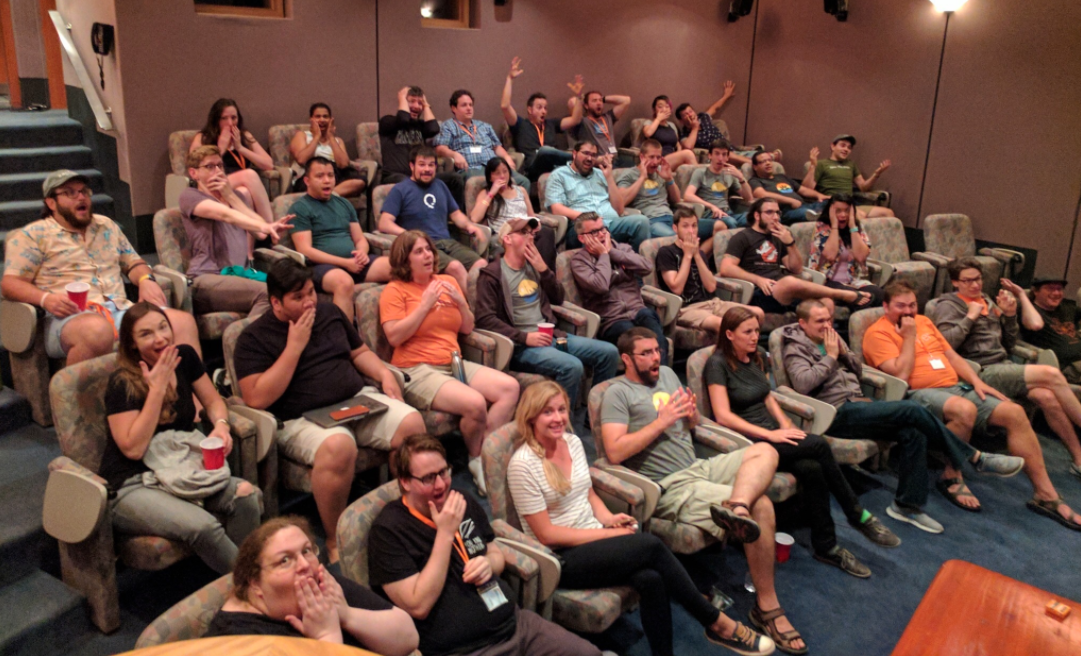 5. What About the Cost of the Retreats?

Obviously, cost is a big consideration for doing a trip like this. Keep in mind, though, that a typical remote team saves tons of money each month by not having to pay for an office (or paying for a much smaller one than you'd normally have to have if you're a partially remote team). We decide to invest money we save on office-related expenses into company and department retreats because of the invaluable team-building these experiences provide. At the same time, we try to keep spending on retreats reasonable; keeping everyone happily employed is more important than sending everyone to luxury resorts overseas.

Retreats aren't cheap, but what's even more expensive is having a remote team that doesn't work well together. Ultimately, the cost of the trip is well worth it in my mind, but you have to make that choice based on the constraints of your own business.

Getting Feedback on the Trip 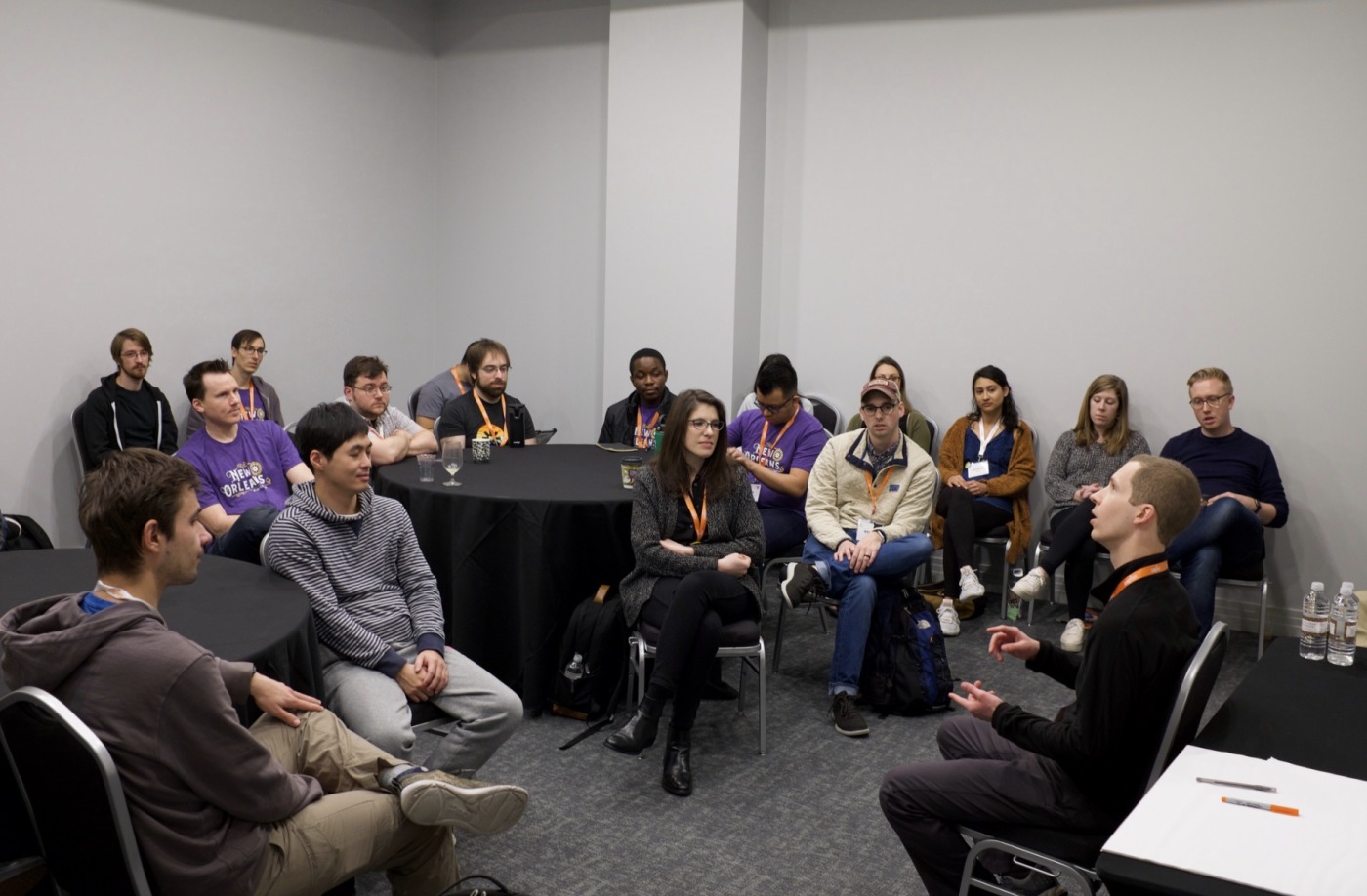 If you're planning to keep doing retreats as you grow, then you'll want to make sure the retreats keep getting better. The way to do this is to ask for feedback.

For example, the feedback we got from our first company retreat was that since we paired the trip with a conference, everyone spent a ton of time doing their own thing at the conference and by the time we all were able to regroup at the place in the evening everyone was really tired. So we decided not to do retreats alongside conferences again.

Here are some questions that are useful to ask the team after a retreat:

Based on feedback from our previous retreats, we've learned that teammates most enjoyed meeting and hanging out with everyone, having an entire venue to ourselves, lots of food options, and a range of roundtable topics.

Doing a company-wide retreat is a big event, and our People Ops team spends a lot of time planning it—about a year in advance. But it's a lot of fun. If you run a remote team, I would highly encourage you to consider planning one for the next year. I think you'll find it well worth it, and your teammates will love your company even more for it.