Try highlighting your completed tasks instead of crossing them off

We're big fans of using paper as a productivity tool—task lists in particular. The best tool is whatever works for you, and for some people, that means paper. It's just more tangible than a to-do list app.

Recently, Keren Kinberg, a frontend engineer here at Zapier, discovered a simple way to make her paper task list more effective: highlighting completed tasks instead of crossing them out. 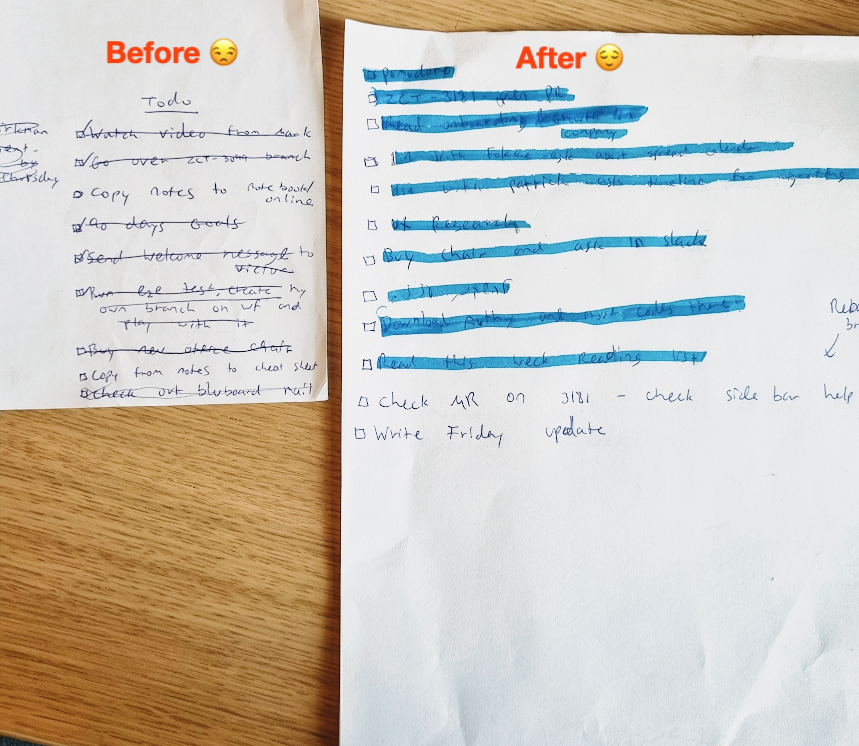 It's a simple change, granted, but an oddly satisfying one.

"I saw this tip online," Keren told me. "The idea is to emphasize what you accomplished instead of emphasizing what's left to do. It also makes it easier to see what is left."

It's working out for Keren so far, so we thought we'd share it with you. And there are other benefits.

"It gave me an excuse to go buy a new highlighter," Keren added. "There's nothing like office stationery to make me happy."