The Work Resolutions Report by Zapier

It may be the most wonderful time of the year, but it’s also the busiest. With the decade coming to a close, what career goals are American knowledge workers focused on?

2020 is almost here and knowledge workers are thinking about their New Years resolutions. We were interested in learning more about what they want to change about their careers, and the factors driving those changes—from stress to work-life imbalance.

So Zapier commissioned a survey, conducted online by The Harris Poll among over 880 U.S. knowledge workers (those who primarily work in a professional setting and use a computer as part of their job) to find out how people really feel about how they spend their weekdays, and what they resolve to do in the new year for their careers. The answers might surprise you.

As workdays get longer, workers are resolving to be more efficient

Knowledge workers are likely working almost 10 hours, on average, a day. Nearly four full hours of that are busywork. 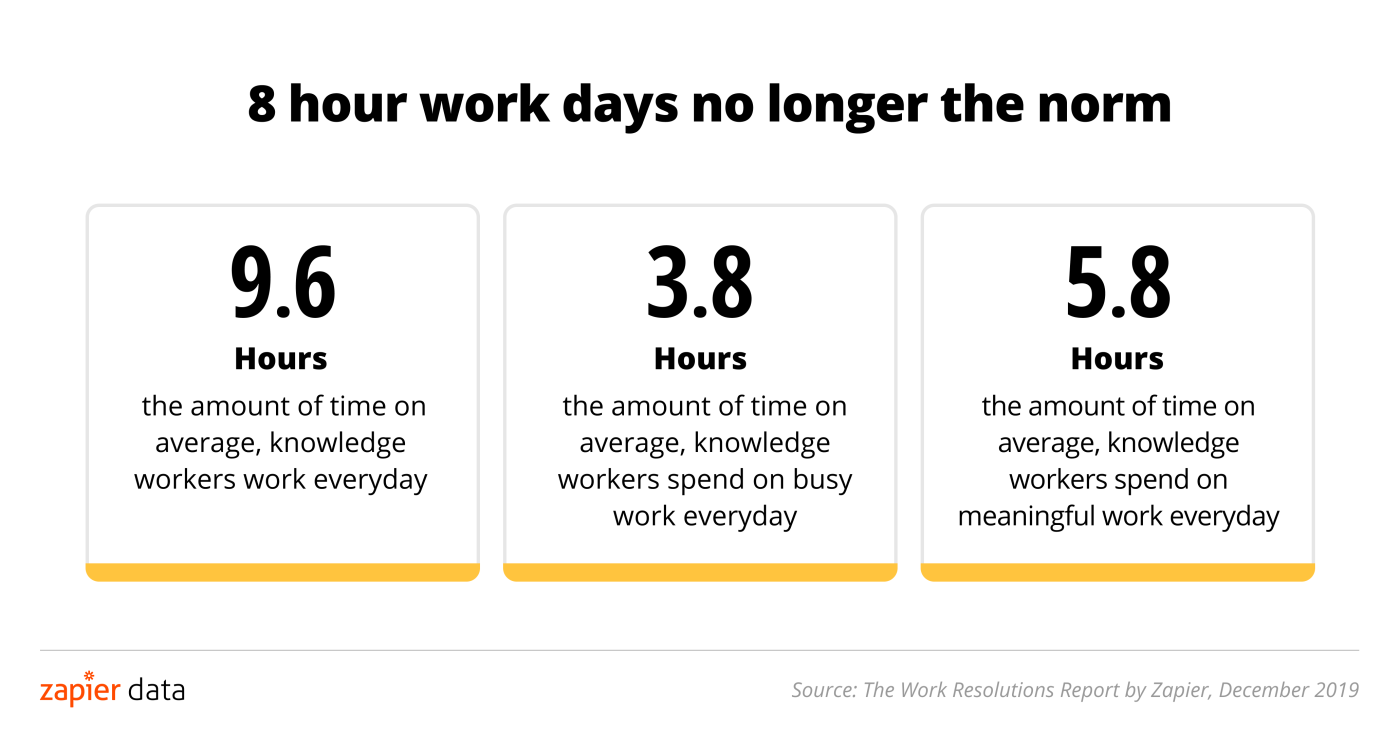 Workers are spending nearly four hours a day, on average, doing busy work – and it may be taking a toll on their stress levels. 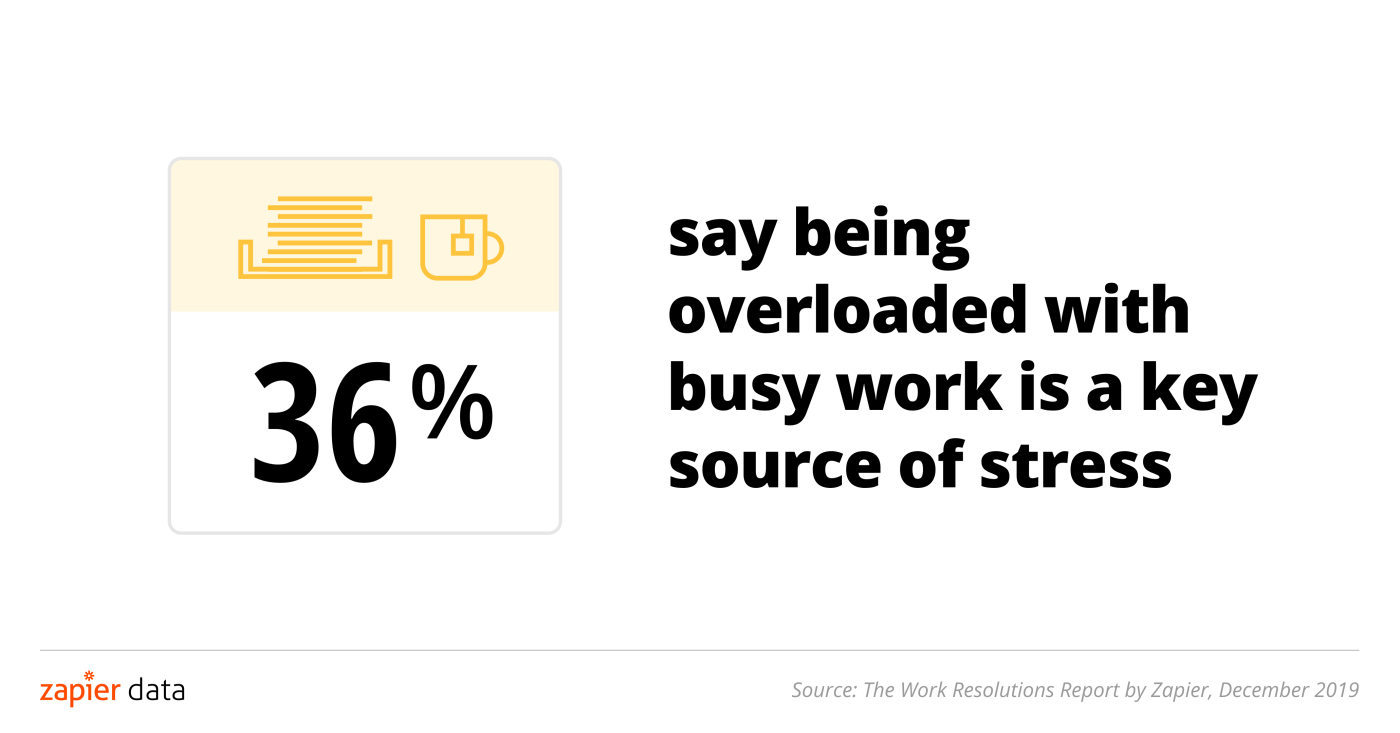 What is causing this stress?

Work-life balance is still a struggle

In addition to most knowledge workers being stressed about work, nearly three quarters (73 percent) say aspects of their life have been negatively impacted by their job. 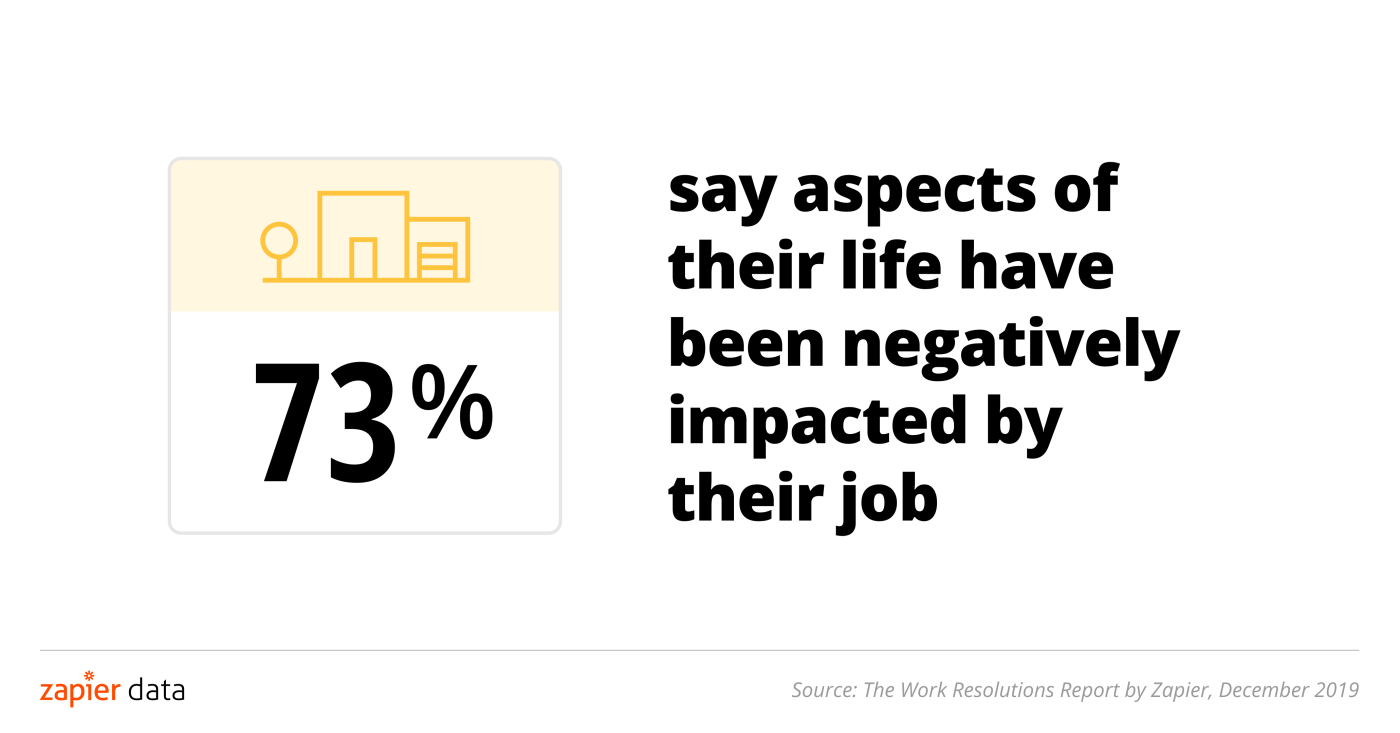 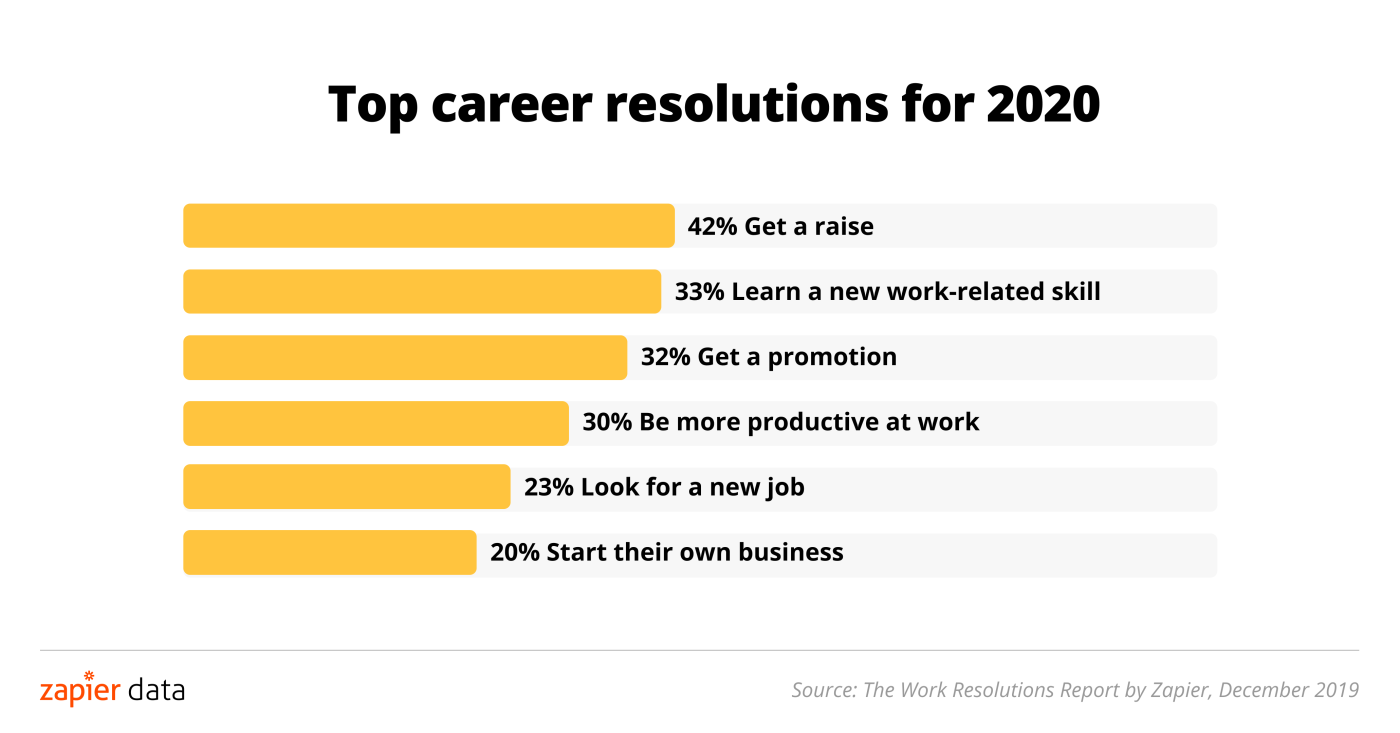 Many knowledge workers are focusing on soft skill development

Critical thinking, leadership, top the list of skills that would make them the most eligible candidates. Programming is toward the bottom.

Nearly a quarter of knowledge workers (23%) say looking for a new job is one of their 2020 career resolutions. With that in mind, we asked knowledge workers what skills they believe would make them a top candidate for their dream job. 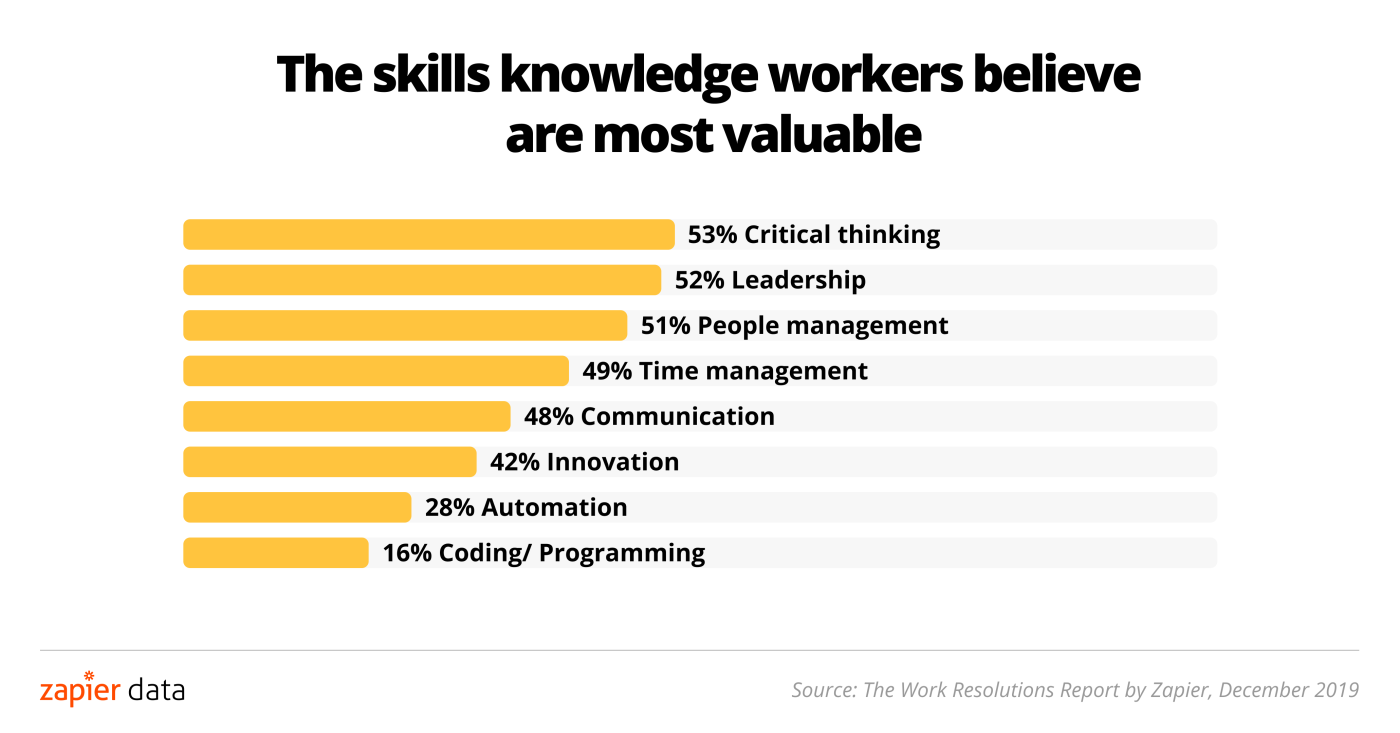 "Learning to code" isn't the popular resolution it used to be. Knowledge workers were 43% more likely to say automation skills make them a top candidate for their dream job over coding/programming skills — suggesting that tools that don't require coding skills ("No Code") are gaining ground.