If you've spent any amount of time cycling in a city, you know all too well that stolen bicycles and bike gear are a serious problem. Sometimes you get lucky and find your bike on Craigslist or OfferUp. Other times, it's a hard goodbye.

Unfortunately, inconvenience isn't the only cost of the crime—one night, when a friend was hit by a car after their bike light was stolen, a Kickstarter campaign was launched in early 2012 to create the theft-resistant bike light.

"That [Kickstarter campaign] went well, so we kept on going with other accessories that help people theft-proof their own bikes for riding in the city," says Vlad Pick, COO and co-founder of Fortified Bicycle.

"Those also went well, so about a year and a half ago we launched another Kickstarter for a completely theft-resistant bike that we think is sort of the ideal bike to ride around town." 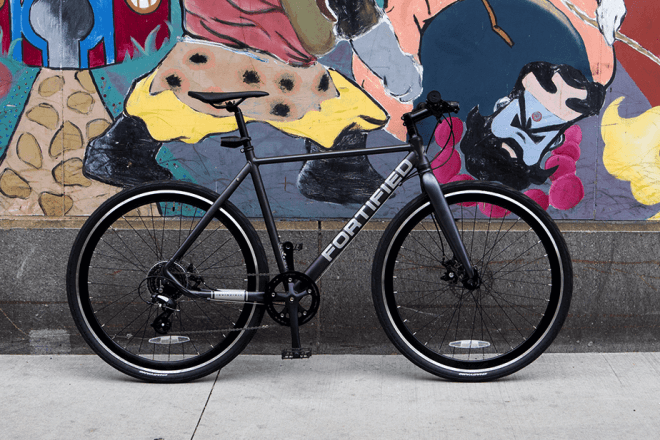 The Invincible 8Speed from Fortified Bicycle.

Working with the cycling and Kickstarter communities, listening to their feedback, and tweaking designs, Vlad and his co-founder, Tivan Amour, CEO, raised over $178,000, blowing past their original goal.

Complete with custom locking mechanisms, the Invincible Bike was the product of years spent discussing the needs of the urban cyclist. But Fortified Bike needed more than just the Kickstarter community to make this bike a success; they had to spread the word far and wide.

"We were experimenting with Facebook Lead Ads, trying to find the best way to get as many people to learn about our bikes as possible, and we thought, 'Hey, this is cool, but it doesn't help us get in touch with these people,'" Vlad explains.

"One of our sales guys actually had the insight that it works really well when you text people after they've said they're interested."

We found our way to Zapier, and we fell in love with it and have been using it religiously ever since.

"Using Zapier to do that makes it so the experience really feels magical to the end user, because they say, "Yes, here's my phone number," and then a few minutes later they get a text message from us. Most people write back, which was pretty cool to find out and pleasantly surprising," Vlad says.

Instead of users receiving a text message a day or two later when an employee manually checked the leads, Fortified automated the process with Zapier, Facebook Lead Ads, and Burst SMS, a message delivery service.

If you too want to connect with new leads immediately and send a text after they opt-in, give this Zap a try:

Don't stop there, though: Fortified Bicycle adds a step to their workflow, creating rows in Google Sheets to effectively transform Google Sheets into their database for leads. Bringing in leads from a variety of campaigns into one place allows Vlad to run reports and learn more about the people interested in Fortified Bicycle. Try it for yourself:

Fortified Bicycles is dedicated to building a better customer experience—an experience that begins long before a potential customer enters their information on Facebook. To make good on their commitment, Vlad and Tivan would spend the months before each Kickstarter campaign talking with both the Kickstarter community and the cycling community to make sure their idea resonated. Maintaining that connection meant adding accessibility.

For example, if a customer happens to be in the Boston area, they can schedule a test ride of the Invincible Bike directly through the Fortified Bicycle website with a member of the team.

"For test rides, we just enable sign up through our sites and we use a third-party plugin called Calendly," Vlad explains. "We were very fortunate that Calendly integrates directly with Zapier, because as soon as somebody schedules a test ride on our site, we get a notification in Slack, and we know when to expect to them, we know what kind of bike they're going to want, and all that happens automatically." 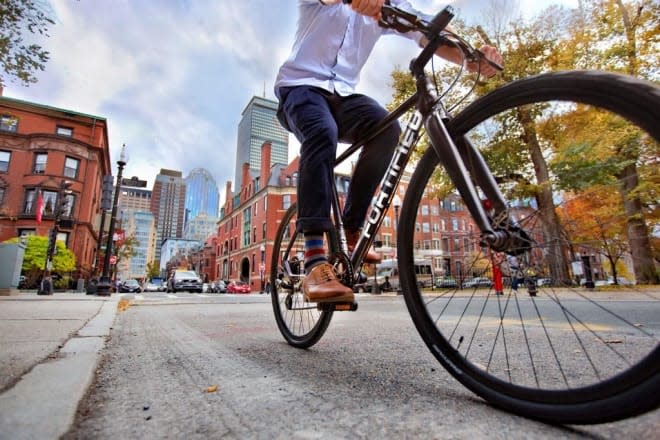 Because Fortified Bicycle had seen such a positive response from texting leads, they made sure their new test rider received a text message soon after signing up.

If you want to send Slack notifications when an invitee creates an event, give this Zap a go:

But if you want to add that extra step to text your new invitee and keep your customer experience in the next level, this is the Zap for you:

To me, bikes and Zapier kind of fill some of the very same fundamental needs: It's cheap, efficient, and healthy in the same way.

Fortified Bicycle takes their community interaction seriously. It's what led to their successful Kickstarter campaigns and, in turn, has allowed the team to create damage-resistant and theft-proof bikes and bike gear. Staying close to their potential customers makes all the difference, Vlad says.

"I think folks are generally delighted to receive that level of personal attention, especially if they weren't expecting it. And that all happens through Zapier automatically."

Maintaining a connection to your community can be intimidating. But Fortified Bicycle learned that adding a personal touch to your business and engaging with customers doesn't have to take hours each week—you just need the right tools.

Fortified Bicycle also wants to extend a discount to Zapier's blog readers: Use "ZAPIERBIKES" (no quotation marks) for 10% off an order. The code is valid until October 31st, 2017.

All images courtesy of Fortified Bicycle.