How younger generations are shaping the workplaces they increasingly run

Millennials aren't that young anymore. The generation is currently between 24 and 39 years old, meaning some Millennials are nearly two decades into their career. These aren't just the future leaders of industry—they're already running the show as managers. Gen Z, between 18 and 23 years old, is also entering the workforce en masse. These two generations, all digital natives, are going to shape the workplaces of the future.

We wanted an idea of what that will look like, so we commissioned The Harris Poll to conduct an online survey among a cross-section of Millennial and Gen Z U.S. workers.

Younger generations aren't just in the workplace—they're increasingly running it

A majority of Millennial employees have at least one direct report, meaning they're people managers. Gen Z isn't far behind on that front, though Gen Z women, in particular, may be having a harder time becoming managers. 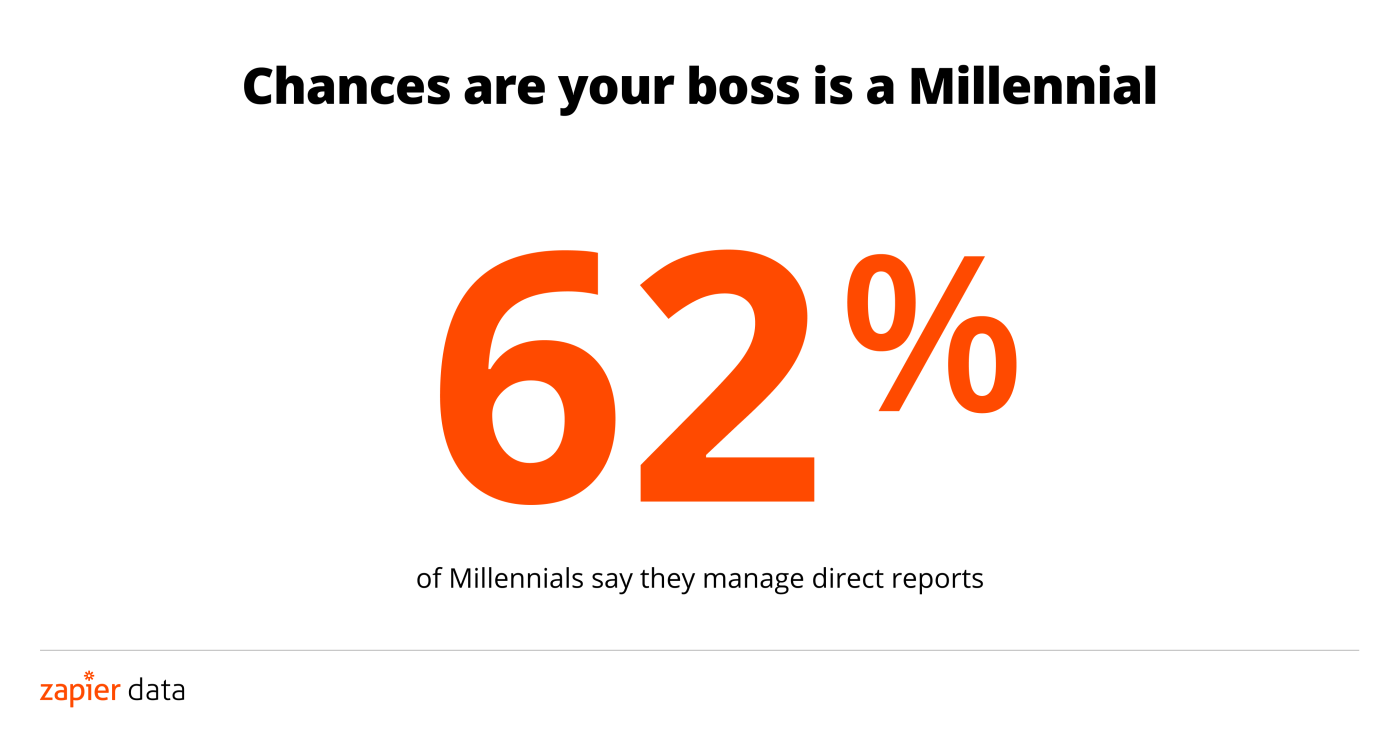 Why do Millennials become managers? Most feel like it's the only path to career advancement or earning more money. That's particularly true of Millennial men, who overwhelmingly move into management to earn more money or advance their career. 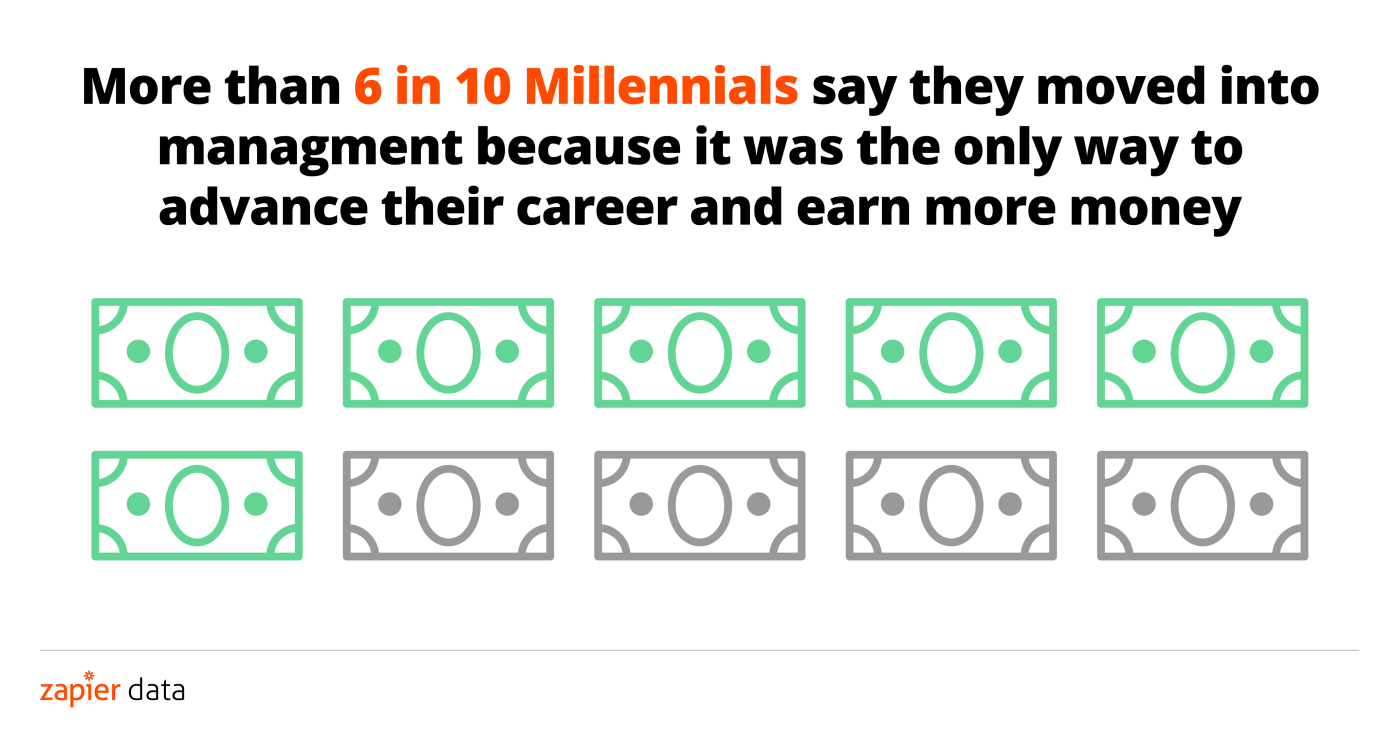 Young managers are burned out, constantly working, and low-key thinking of ghosting

Many young managers are burned out, which could be in part because they struggle with delegating. A widespread culture of responding to work communications outside work hours probably isn't helping either. 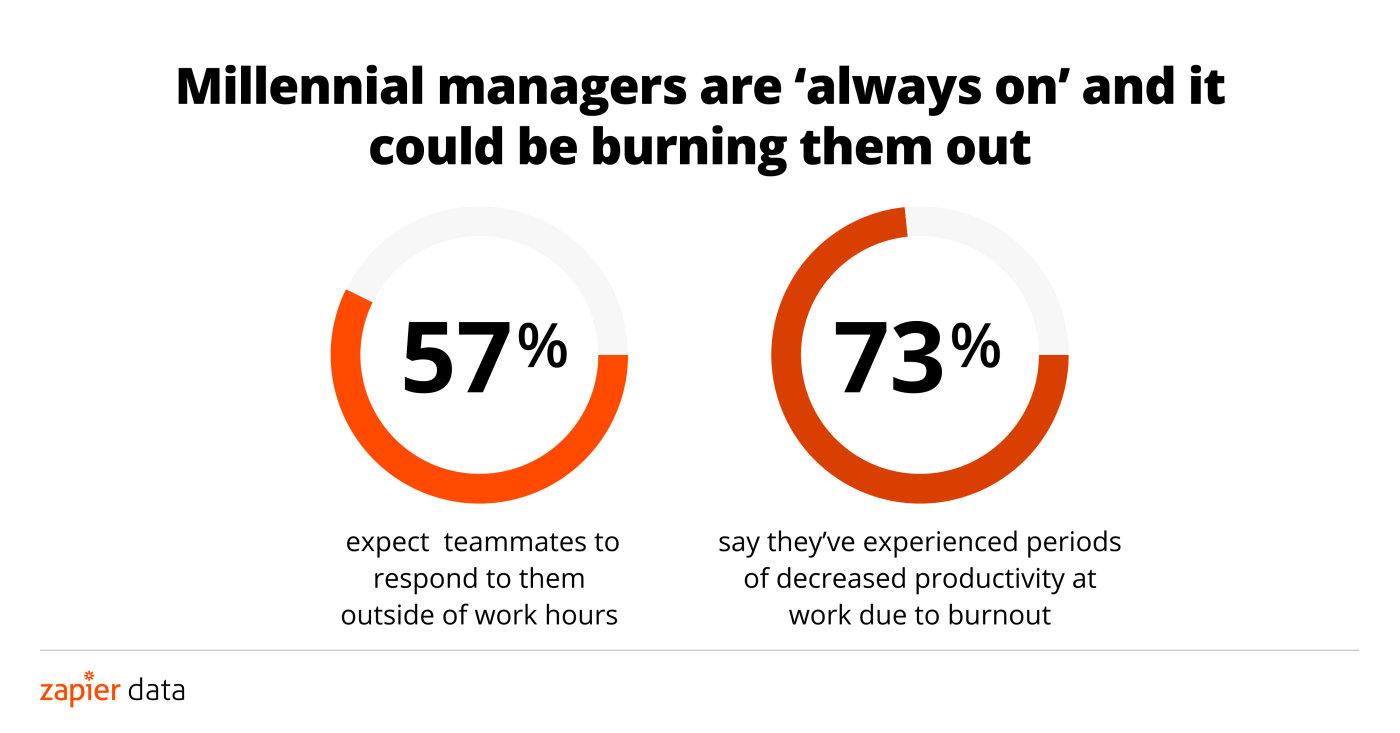 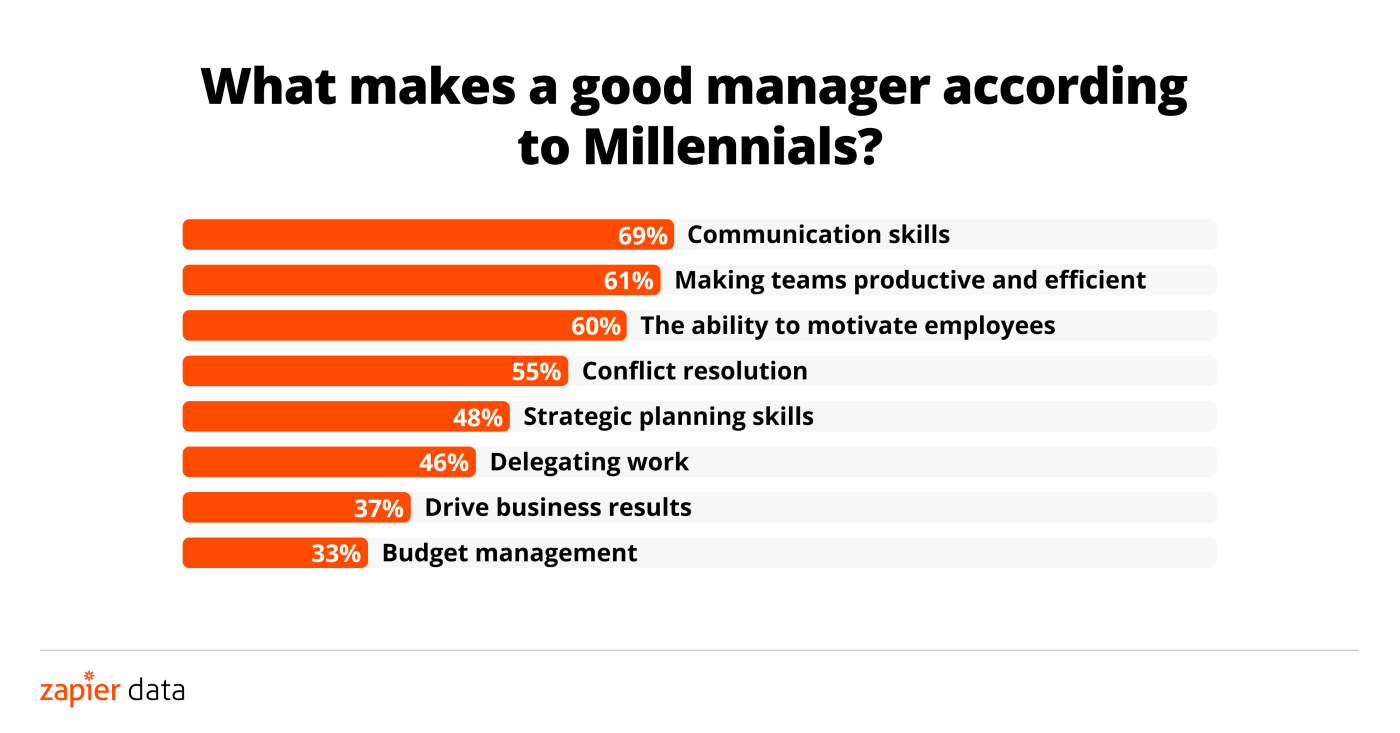 Methodology: This survey was conducted online within the United States by The Harris Poll on behalf of Zapier from January 8-10, 2020 among 519 Gen Z U.S. adults ages 18-23 and 519 Millennial U.S. adults ages 24-39. This online survey is not based on a probability sample and therefore no estimate of theoretical sampling error can be calculated. Results were weighted for age within gender, region, race/ethnicity, income, and education where necessary to align them with their actual proportions in the population. Propensity score weighting was also used to adjust for respondents’ propensity to be online. All sample surveys and polls, whether or not they use probability sampling, are subject to multiple sources of error which are most often not possible to quantify or estimate, including sampling error, coverage error, error associated with nonresponse, error associated with question wording and response options, and post-survey weighting and adjustments. Therefore, Harris Poll avoids the words "margin of error" as they are misleading. All that can be calculated are different possible sampling errors with different probabilities for pure, unweighted, random samples with 100% response rates. These are only theoretical because no published polls come close to this ideal.