These Evernote features will keep your work and life in order.

"Ugh. Not another note-taking app that can change my life."

That's how I felt when I was on the hunt for the perfect note-taking software four years ago. I didn't want to sign up for a new service that would make maintaining my notes another task on my ever-growing to-do list. I wanted something simple—an app with enough features to fit my evolving needs without overwhelming me.

Then I found Evernote, and it was love at first click. Here, I'm going to give you a sneak peek into my relationship with Evernote as my second brain, offering tips for Evernote that should benefit a whole variety of users. Sniff around, and see if you can find some inspiration.

Why I love Evernote more than other note-taking apps

There are a gazillion note-taking apps on the market—some with more robust or unique features than Evernote. But here's why I love it:

How I use Evernote to keep my life in order

As much as I love Evernote, I don't use it for everything because other apps work better for my use case. I'd say Evernote's Tasks feature is better than Todoist because it allows you to add PDFs, audio, and other notes in addition to checkbox items. But I don't need that complexity. So I stick to Todoist for writing my monthly goals and to-do list.

And I integrate Todoist and Evernote using Zapier to create a new task in Todoist every time I set a new Evernote reminder.

Use my Evernote setup and tips as inspiration. The aim is to make productivity second nature—don't force it.

I use Evernote's web clipper for all sorts of tasks.

I tried using a read it later app but couldn't stick to any. I'd either forget about it or never go back and read the articles I'd saved. But I knew I opened Evernote religiously every day—so I started using the web clipper as my internet bookmark. I use the "simplified article" version because it makes it UI-friendly to read the article from Evernote itself. My favorite thing? The "add a remark" option with every web clip. 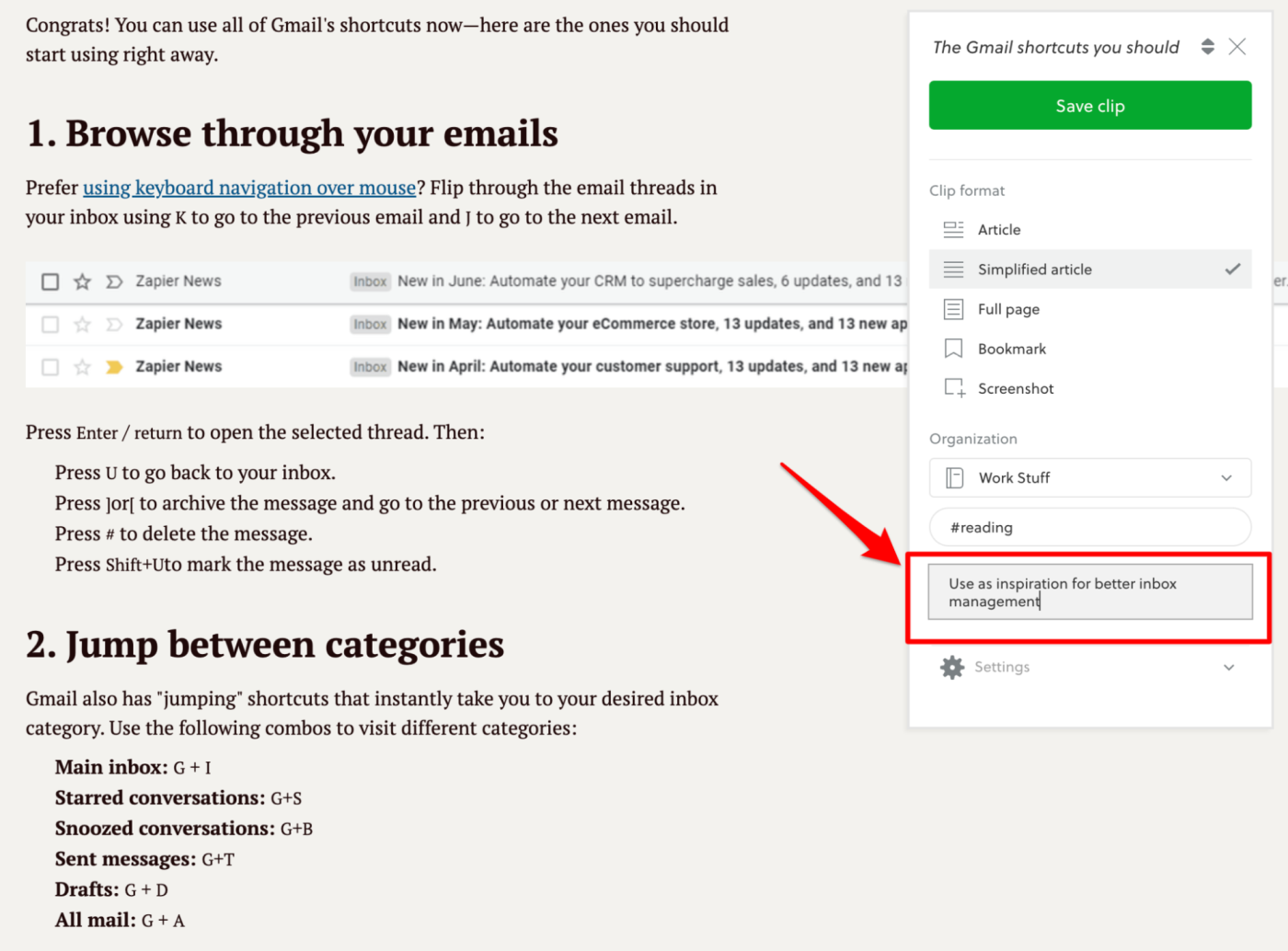 I add notes for why I'm saving any article to read later—is it for a project I'm working on? Is it just a fun read? Is it marketing news I want to catch up on?

And if you prefer to use a read it later app like Pocket to save articles but want to read them on Evernote, you can use Zapier to integrate the two apps.

Save new Pocket items to Evernote as new notes

I have an incessant need to store any piece of writing—a simple phrase or an entire article—that clicks with me. I've unsuccessfully tried to create and maintain swipe files of good writing in the past using many apps, but nothing beats the simplicity of Evernote. I made a separate "good writing" notebook on Evernote. Whenever I read something on the web where I liked the writing, I screenshot the phrase or paragraph, add a remark about why I loved it, and add it to my notebook. 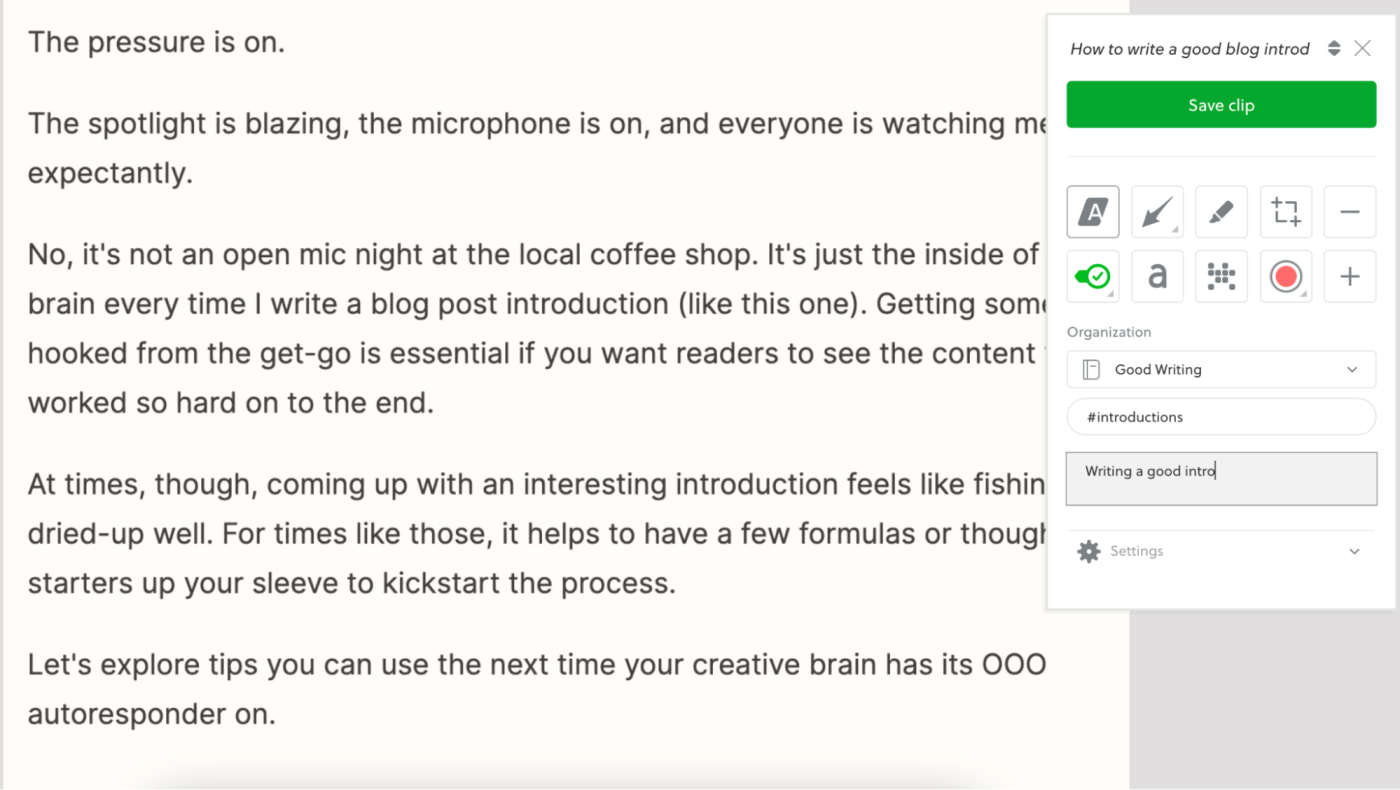 And when the same thing happens while reading a book, I can snap a picture and add it to Evernote—keeping the swipe file of the web and book in one place.

I often reach out to experts through different mediums (email, Twitter, LinkedIn, HARO) to collect expert quotes for the projects I'm working on. It would've been painfully difficult to keep up with storing all of them if it wasn't for Evernote. I screenshot the quote, change the title to who the statement is from, and add remarks about the project I'm going to use it for.

Now I have all my expert quotes gathered in one place when the time comes to integrate them into my article.

When I need to add context to screenshots for clients or blur names, I use Evernote's web clipper extension to annotate them. I can annotate without even leaving the webpage I'm on—enabling me to keep my productivity flow intact.

Great ideas come to me in the shower. Or while doing the dishes. Sometimes right before dozing off. I have a five-minute deadline to catch these jolts of inspiration. But my laptop isn't always handy, and I can barely muster the effort to scribble something understandable in my notebook. 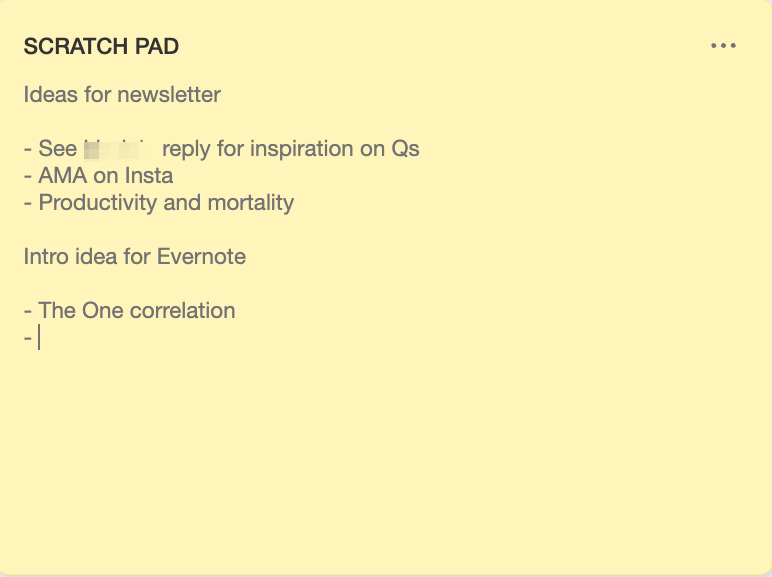 Think of it as your digital Post-it note. It's easy to record ideas from your phone and never lose a eureka moment again. At the end of each day, I sort out the scratch pad—erase things I've addressed and move others to relevant notebooks.

I started doing reflection exercises to be more intentional with my work—the kind of projects I take on, the clients I choose to work with, and the progress on my long-term goals.

But I couldn't identify my patterns because I'd keep jumping from one journal app to another instead of keeping my notes in one place. That's when I started using Evernote's daily reflection template, which I can fill at the end of each workday. 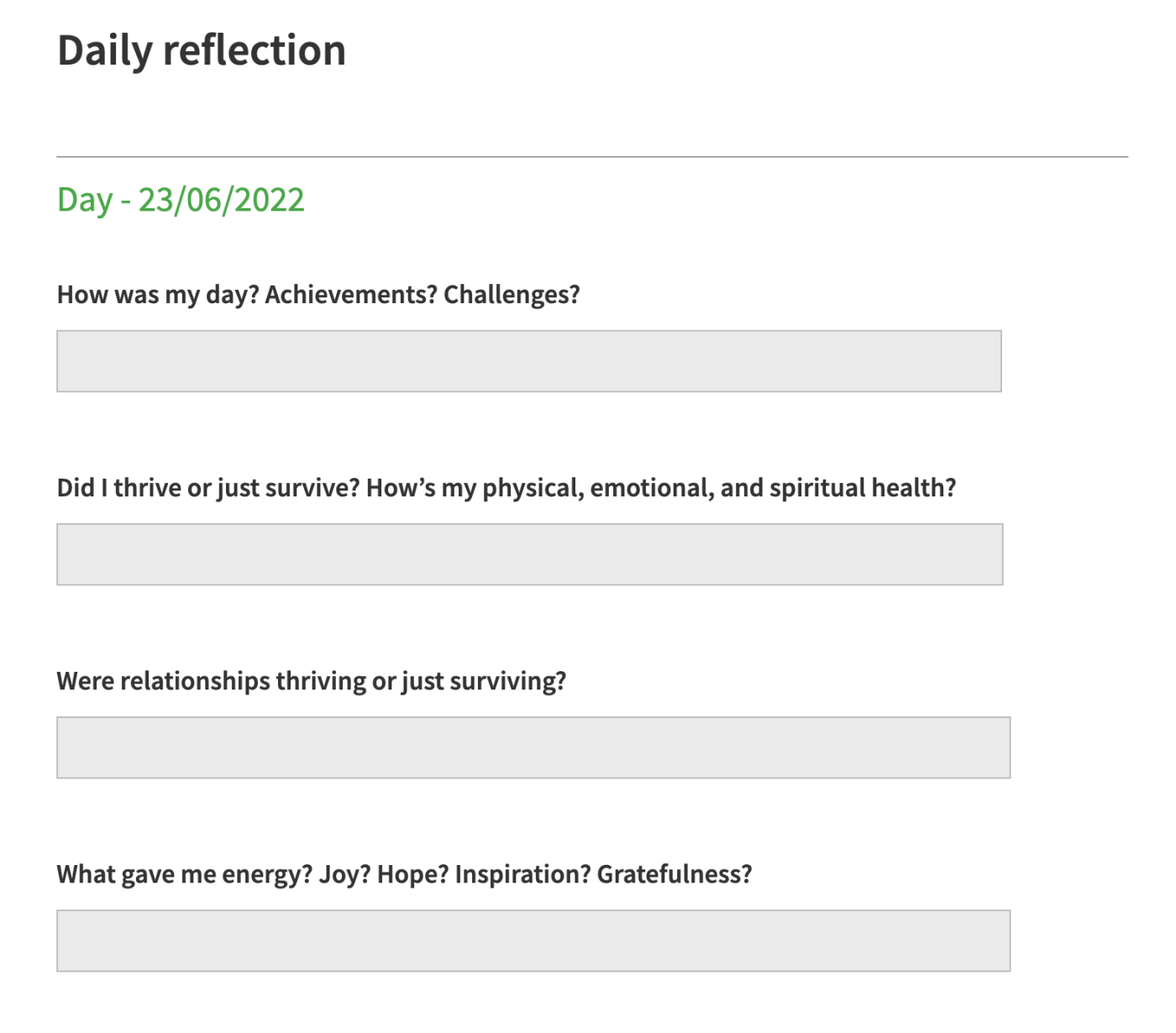 It requires minimal effort to open the app, choose the template, and fill the boxes—making consistency painless. Now, when I run through my reflection notebook every quarter and pin down areas of improvement, I have enough data to back up my gut.

You can create your own reusable templates if the existing template doesn't suit you, but the custom template feature isn't available in the free plan.

I've carried the Skitch feature of Evernote with me right from college notes to meeting notes—and it hasn't disappointed. I find it best to record meeting notes via writing by hand, and I keep Skitch open on my phone for any and every meeting I take. 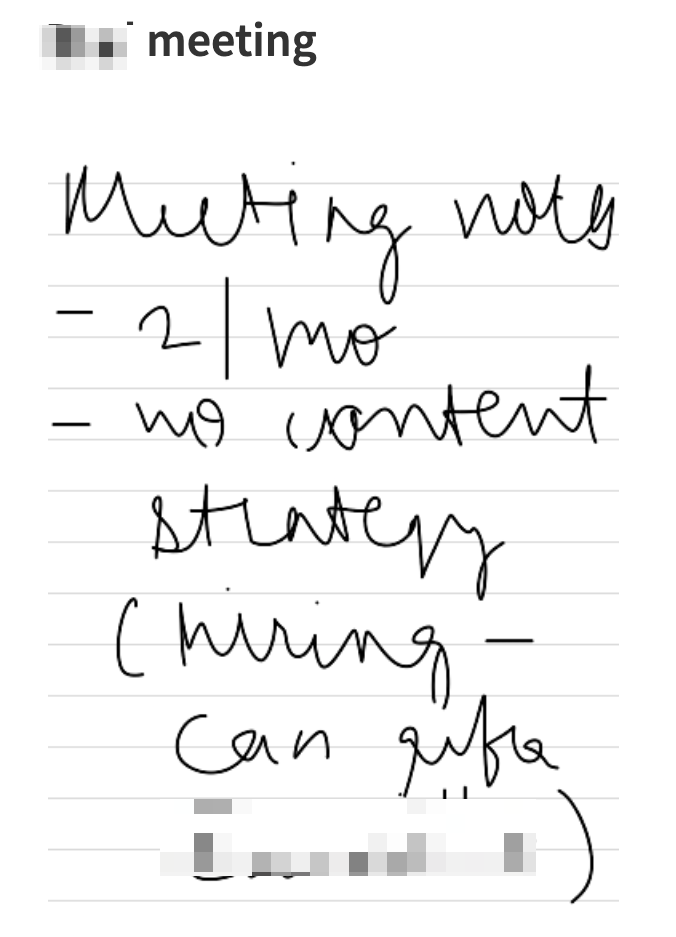 If that doesn't suit you, Evernote has an excellent meeting notes template and many others in its template library.

The number one thing a meaningful note-taking system should accomplish is enabling you to find information when you need it, fast. But most competitors of Evernote rely on your organizational capabilities to make it easier to find stuff—make separate notebooks, designate tags, color-code, and so on. Evernote's search feature indexes everything.

The search feature helps you find anything and everything exactly when you need it, even if you're only loosely organized—it's Google for your notes, and I've found nothing else like it.

There's something for everyone

Productivity is never one-size-fits-all—it's best to throw things at a wall and see what sticks to land on your optimal productivity system.

But what I love about Evernote is that it has something for everyone—whether you're a messy note-taker who'll benefit from Evernote's robust search feature or an organized type who'll love the notebooks, tags, and customized homepage.

Once you find your Evernote flow, learn more about how you can automate your note-taking.

Rochi is a freelance writer for B2B SaaS companies in marketing, productivity, HR, and eCommerce. When she's not writing, you can find her engrossed in a fiction book or contemplating a Mary Oliver poem. Learn more at rochizalani.com