Imposter Syndrome: Why You Have It and What You Can Do About It

Many of us worry about not performing well enough at our jobs, not getting good enough grades, or not having as much knowledge and experience as our peers. We worry about what others think of us and whether we fit in or stand out among our friends or colleagues.

While this is common—and, to some degree, normal—some of us worry in ways that are irrational. We worry about not being good enough when we have evidence to the contrary. We irrationally ignore that evidence and continue thinking we're falling behind everyone else.

These irrational fears are part of something commonly known as "imposter syndrome."

What Is Imposter Syndrome?

Imposter syndrome was actually first known as "imposter phenomenon." In the 1970s, psychologists Suzanne Imes and Pauline Rose Clance coined the term "imposter phenomenon". Clance was working at a women's college at the time and noticed a lot of the students she interacted with seemed to have an irrational worry of being found out as frauds, despite external evidence proving their competence.

Clance wrote at the time, "These women do not experience an internal sense of success. They consider themselves to be 'imposters.'"

Clance and Imes originally posited that this phenomenon primarily affected women, "since success for women is contraindicated by societal expectations and their own internalized self-evaluations." More recent studies, however, have found no difference between genders in showing signs of imposter phenomenon, and in 1993 Clance agreed her original theory that women alone were affected was incorrect.

Though it's mostly known (incorrectly) as "imposter syndrome," Clance told Harvard social psychologist Amy Cuddy in her book Presence that she'd not call it "imposter phenomenon" if she could do it all over again. "I would call it the impostor experience," she said, "because it’s not a syndrome or a complex or a mental illness, it’s something almost everyone experiences."

Career counselor Valerie Young says it's normal to feel some degree of imposter feelings in a new environment. "If there is some new transitional experience, new career, new promotion, it can trigger those feelings." But for those experiencing imposter phenomenon, Young says the cause seems to be setting expectations that are "exceedingly high" and "unrealistic notions of what it means to be competent."

How Imposter Syndrome Affects Your Work 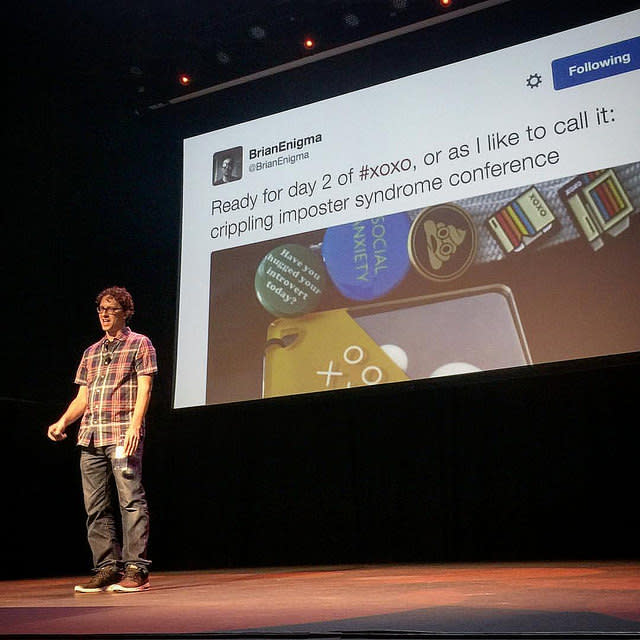 Imposter phenomenon, or syndrome, can feel uncomfortable, but it doesn't only have an emotional effect. It can also affect the way you approach your work.

People experiencing this phenomenon often tend towards perfectionism. Unhealthy perfectionism leads to unrealistic expectations that can't be met, as well as a constant fear of failure. This focus on doing everything perfectly can also lead to procrastination, due to the worry of not meeting those unrealistic expectations or a struggle to ever stop working on something that's already good enough, while more work piles up.

Imposter phenomenon can also correlate to worse outcomes at work—perhaps due to these unhealthy working habits. A study of over 200 professionals at the University of Salzburg found those experiencing imposter phenomenon tended to be paid less, were less likely to be promoted, and felt less committed and satisfied at work.

Since imposter phenomenon is so damaging, but also extremely prevalent, let's look at some of the ways to overcome it.

How to Overcome Imposter Syndrome

Overcoming this phenomenon isn't easy, but researchers have a few suggestions. If you're experiencing imposter phenomenon, try these approaches to lessen the impact on your emotional state and your work.

Being extremely fearful of failure and criticism, constantly worried about making mistakes or disappointing people, or tending to brood over past mistakes are signs of unhealthy perfectionism.

Learning to do a task well enough, rather than perfectly, is important in overcoming these concerns. Clance suggests learning to celebrate progress and developing rewards for success to help you recognize your efforts.

Imes points out that it's important to start small as you work to reframe the way you think about your achievements. Small steps can help you slowly change your thinking over time. For instance, letting someone see your work-in-progress when it's not quite finished yet, rather than waiting until it's perfect. Or forcing yourself to spend just a little less time on a project that you'd normally agonize over before releasing it.

Learn to realistically assess yourself

Imes also suggests focusing on your self-assessments, which are likely to be unrealistic if you're experiencing imposter phenomenon. "Most high achievers are pretty smart people," she says, "and many really smart people wish they were geniuses. But most of us aren't. We have areas where we're quite smart and areas where we're not so smart."

Talk to other people

Talking to other people about their struggles can help prove that other people aren't perfect, and they do make mistakes. When struggling with accepting our achievements and worrying it was simply luck that got us where we are, it can help to see how others have overcome setbacks, caught lucky breaks, or even struggled with imposter syndrome themselves.

As Oliver Burkeman has said, "the truth, deep down, is that we all feel as though we’re just winging it."

While it can be difficult to overcome deep-seated fears about our abilities and our achievements, it can be comforting to know that most people feel this way at some point.

Even people with some of the most famous achievements in the world worry that they're not as smart as everyone else, as this story from author Neil Gaiman explains:

Some years ago, I was lucky enough invited to a gathering of great and good people: artists and scientists, writers and discoverers of things. And I felt that at any moment they would realise that I didn’t qualify to be there, among these people who had really done things.

On my second or third night there, I was standing at the back of the hall, while a musical entertainment happened, and I started talking to a very nice, polite, elderly gentleman about several things, including our shared first name. And then he pointed to the hall of people, and said words to the effect of, "I just look at all these people, and I think, what the heck am I doing here? They’ve made amazing things. I just went where I was sent."

And I said, "Yes. But you were the first man on the moon. I think that counts for something."

And I felt a bit better. Because if Neil Armstrong felt like an imposter, maybe everyone did. Maybe there weren’t any grown-ups, only people who had worked hard and also got lucky and were slightly out of their depth, all of us doing the best job we could, which is all we can really hope for.

Also, as the BBC points out, having imposter syndrome could also be a good sign: "If you're sufficiently self-aware to worry that you might be a fraud… you may well not be." At least you're not subject to the cognitive bias known as the Dunning-Kruger effect, which is when people with low ability mistakenly think their ability is much higher than it is and fail to recognize their own incompetence.

So don't worry, you've got this.

This was a guest post from RescueTime. Want to see your work on the Zapier Blog?