Will the office be obsolete by 2030? Knowledge workers think so.

At this point, companies of all sizes are implementing remote work policies. A number of forward-thinking companies have quietly grown to hundreds—sometimes thousands—of completely distributed employees working from all corners of the world, with no physical office to speak of.

To take a deeper dive into this growing trend, Zapier recently commissioned a survey conducted online by The Harris Poll among over 880 U.S. knowledge workers (those who primarily work in a professional setting and use a computer as part of their job) to discover what's at the heart of people's desire to work remotely, and how it’s shaping the way we work.

Everybody wants to work remote.

About three-quarters of knowledge workers would be willing to quit a job that didn’t allow remote working for one that did.

Companies looking to attract and retain talent should think about their remote work policies. 95 percent of U.S. knowledge workers want to work remotely, and 74 percent would be willing to quit a job to do so. 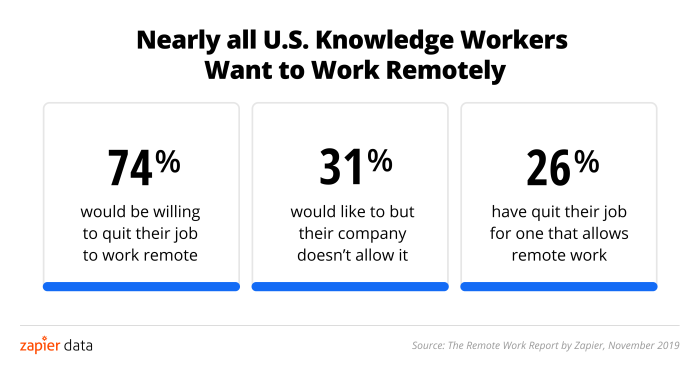 Why do people want to work remotely?

Saving money and spending time with family, among other things. 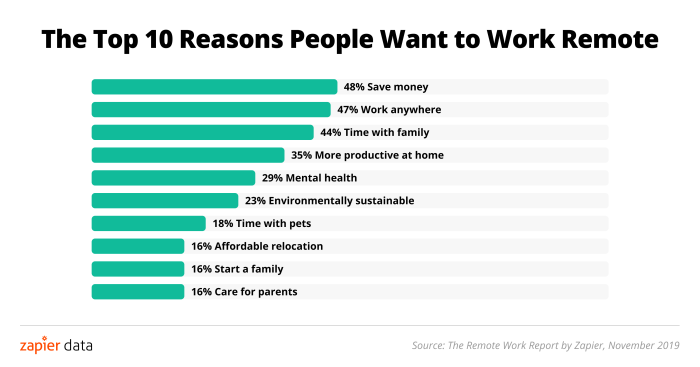 It's no surprise that people see working from home as a way to save money and spend time with loved ones. For many people, climate change is also a factor. Here are the most common reasons people want to work from home.

Knowledge workers say they get the most done at home.

Home is where productivity lives. 42 percent of knowledge workers believe they are most productive working from home, compared to just under a third (32 percent) who feel they get more done in an office. Women value remote work more than men, but are less likely to have the opportunity. 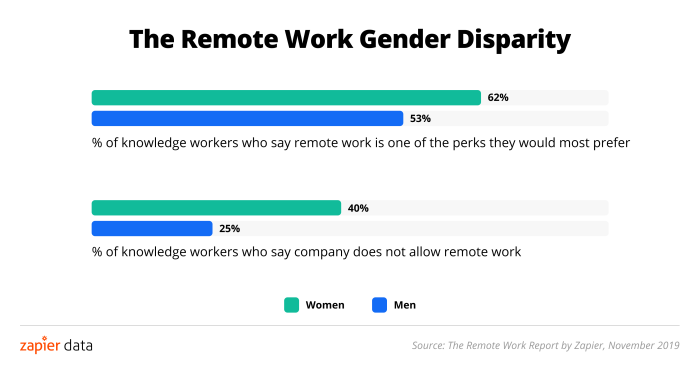 Workers think the office is obsolete.

Two-thirds of knowledge workers think the office will disappear by 2030.

The end of the office is near—at least, that's what knowledge workers think. Roughly two in three knowledge workers, 66 percent, believe the traditional office setting will be obsolete for most roles by 2030. 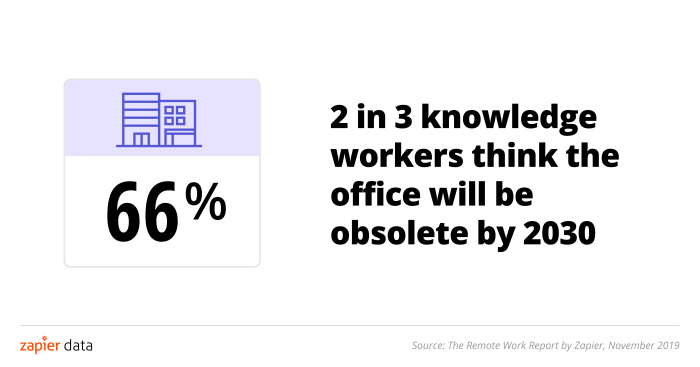