How to Overcome the Fear of Public Speaking: 5 Tips from the Pros

Like most people, at one time in my life I was terrified of public speaking.

I remember one moment particularly clearly. My classmates were waiting for me to read a paper I’d written—an experience, I’m sure, many remember from high school and college. While a part of me was concerned about the views of my peers—I wouldn’t like to embarrass myself in front of them, after all—I was more concerned with what my professor would think. He was pretty strict, and I knew if I’d written something subpar he’d be the first to point it out.

Having dealt with anxiety for most of my life, I recognized the symptoms: pounding heart, cold sweat, this weird tingling down my arms and wrist, and the immense desire to run and hide back in my dorm. I think it might’ve been good the clock was behind me, or I would’ve been checking that constantly, rather than focusing on my audience.

Happily, however, one of my high school teachers gave me some helpful advice on overcoming a fear of public speaking—focus above people’s heads, rather than looking at their eyes. Needless to say, I survived the experience.

Public speaking terrifies a lot of people; in fact, for a long time it topped the list of personal fears, and is still rather high in the present day. If you’re scared of speaking in front of crowds, you’re in good company—even people like Gandhi and Abraham Lincoln tried to avoid public speaking for a long time.

If you want to overcome these fears, then there are a lot of options you can use. Here are some useful tips and tricks that have helped me, as well as many others.

Feeling like you don’t know your material is a major reason that people are afraid of public speaking. Naturally, the easiest method to fix this is to practice constantly.

Take the time to create your presentation on PowerPoint, sites like Visme, or on paper well in advance so you have time to tweak the information. Go over the work several times and get a feel for how it’ll flow when given to an audience.

Creating questions you think the audience might ask—and then researching the answers—can help you further prepare. If you’ve researched and studied your topic well, you’re more likely to feel at ease once you start talking about your work.

Dr. Ivan Joseph illustrates how this method helped him. He stood in front of his mirror and practiced his speech to himself first, then to his family and peers. While he was nervous practicing in front of a crowd, the informal setting allowed him to hammer out his familiarity with his work in a safer setting. His nerves were gone by the time he had to speak to much larger crowds, since he’d already given the speech so many times.

For myself, I found making flashcards to practice from helped. I’d include small key notes, and then forced myself to try and remember and fill in the blanks. I kept them with me when it came time to speak, just in case I needed something to trigger a memory, but I’d already practiced the speech enough that I hardly used them.

You could also join Toastmasters, an organization that helps members develop their public speaking skills.

2. Find Something More Powerful Than Fear 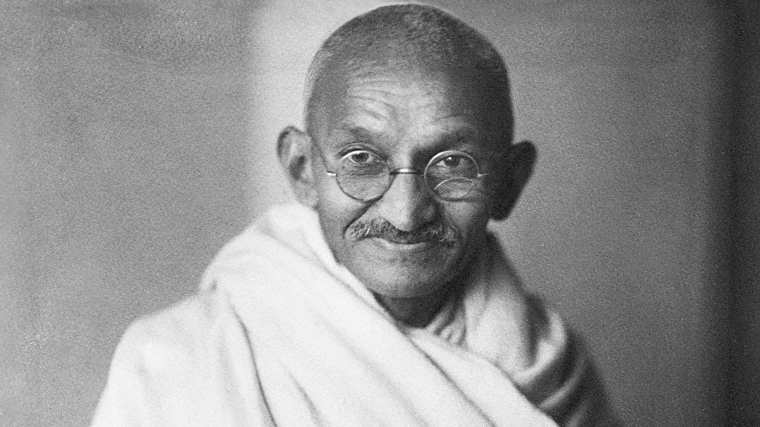 Fear can be a terrifying, all-consuming emotion—but so can many others. Speaking about something you’re passionate about can help drive the fear into a corner where it’s manageable.

Remember that Gandhi example above? His fear was so severe that he struggled to even get out a few sentences in his younger years. What finally motivated him to overcome his fears of public speaking was the fact that he found something greater than himself that he felt he had to advocate—seeing India as an independent nation.

Personally, I’ve found some of my best presentations involve something that I enjoy talking about. It makes the topic easier to research and present, and I feel less like I have to prove myself and more like I can focus on what I love. It helps build confidence in your topic.

Starting with a topic you’re comfortable with can help you prepare to deal with topics you might not know as well in the future.

3. Think About How You Present

What tricks have you already tried while giving a presentation? What do you typically do and tell yourself? These are all things to think about, because they can help make—or break—your mentality while speaking.

Anxiety coach David Carbonell has a helpful suggestion: create a list of all the things you do and tell yourself while in front of a crowd. Take a few minutes just to write everything down then, at the end, go over what you’ve written.

Carbonell lists some common things people do when they fear speaking to an audience: avoiding looking at the audience, reminding yourself that it’ll be over soon, going through the speech as fast as possible, and other similar methods. However, these methods can actually make you more anxious—talking faster, for example, makes your breathing stilted, which resembles a fear response.

Carbonell’s suggestion? To accept the fact that you’re afraid, and face it head on.

One of the most successful investors in the world, Warren Buffett proves how successful this method can be. Buffett avoided anything to do with public speaking as much as possible—including a course on the subject, which he attempted to take but dropped out of. Eventually, however, he realized the only way to beat his fear was to face it, and enrolled in a course with similarly-scared people.

Brian Scudamore, an entrepreneur, shares similar sentiments, saying, "What’s helpful is acknowledging that we get nervous because we care deeply about the audience and our message."

Easier said than done. So what’s something you can do before the speech to prepare a little? Go back to the list. Create a new one of all the things you fear will happen during the speech, and then rationalize—why would someone say this? Is this really true? Encourage positive thoughts about yourself and your work, and think in calming terms: "It’s just a speech. It’s not a big deal. I’ve got this."

Of course, if you’re a generally anxious person, it helps to find a way to actively relax and calm your nerves.

Author and coach Brian Tracy has a particularly interesting method in the form of meditation. He notes that meditating for five minutes a day can help release stress and clear your mind.

A common trick is to take deep breaths. Doing this before giving a speech can help ground you; much like how rapid, sporadic breathing increases a fear response, a deep breath can simulate being in a relaxed situation. It can also help you take a step back from the moment and consider any fears with a more level head.

This can even help when actually giving a presentation. If you notice yourself speaking too quickly, you can pause and take a few deep breaths, then resume at a calmer pace. Pausing for one deep breath whenever you notice a fear response can help get you through a difficult patch and, once you know you can do it, it gives you the confidence that you can do it again, helping to allay some of the fears.

Related to finding a topic you’re passionate about, probably the subject you understand best is, well, yourself. Speaking on personal experiences and your own feelings means there’s less research, and less chance that you’ll stumble and forget something.

Forbes contributer Brian Scudamore talks about this in his article as well, where he explains that one of his greatest speeches was given not on company practice, but on life lessons he’d learned from very personal experiences. He explains that this allowed him to connect to his audience better, something they recognized.

Being honest and simply speaking about your own experiences and beliefs can be terrifying, but also freeing. You don’t have to make anything up; you just say what you know. It can also give your presentations the most power.

Minister Joel Osteen knows something of these struggles as well. When his father died, he was encouraged by his family to take the stage and preach. People often compared him to his father, bolstering his insecurities.

Osteen’s solution was, as mentioned above, to think about himself differently—not as someone "not as good" as his father, but as himself, and to find positive qualities about himself.

Relatedly, it can help to not focus so much on the audience and what _they _think. This is your presentation; the topic and your own experiences with it are what’s important, not what the audience thinks. Focus on your research and your feelings, and speak about them, blocking what the audience might think from your mind.

What Are Your Solutions?

There are, of course, other methods you can use to overcome your fears. These are just a start. Experiment with these, or even new methods, and find out what works best for you.

Keep reading: Make every word count with our presentation tips and best presentation apps—and learn how to use the new free PowerPoint Online.

Payman Taei is an avid technologist and the Founder of <a href="http://www.visme.co/">Visme</a>, a Do It Yourself platform allowing everyone to easily create, manage professional presentations & infographics right in their browser.