The Science of Music and Productivity

The Science of Music and Productivity

Does listening to music help you work?

Ask a dozen people that question, and you'll get a dozen answers. Some swear by classical music, others jazz. Some prefer silence, others the buzz of a busy coffee shop.

YouTube videos offer music for "super intelligence" and apps claim they "unlock music's potential to influence cognitive states." But are these claims backed by rigorous science, or are they just aural snake oil?

Scientists have been interested in the effects of music on the brain for years, and recent studies have begun shedding light on whether music aids cognitive performance and work productivity.

In this article, we'll dig into the peer-reviewed research to figure out if and when you should listen to music while you work. We'll also explore the effects of alternative background sounds like white noise and nature sounds and dip our toes in the fascinating neuroscience underpinning this research.

What's the TL;DR, you may be wondering? Well...it's complicated.

Music and Productivity: The Basics

The idea that listening to music can potentially improve productivity and cognitive function is nothing new. You probably remember the "Mozart Effect," which was based on a single 1993 study that suggested that listening to Mozart before taking the "spatial-temporal reasoning" section of an IQ test improved performance.

This study spawned an entire industry of baby products promising to turn children into geniuses by exposing them to Mozart. It even led Georgia governor Zell Miller to propose a bill providing every child born in the state with a classical music CD.

Turns out the Mozart Effect was mostly bogus. A 1999 paper in Nature demonstrated that the perceived improvement in cognitive tasks actually came from the improved mood that came from listening to Wolfgang Amadeus. That is, Mozart makes people happy, and being happy improves their performance. A meta-analysis (with the amazing title "Mozart effect–Shmozart effect") showed that even the purported cognitive improvements were small to non-existent.

But most of us don't listen to Mozart or any other kind of music before we work. We do it while we work—you know, to drown out our coworkers or get in the zone. So what does science say about that? 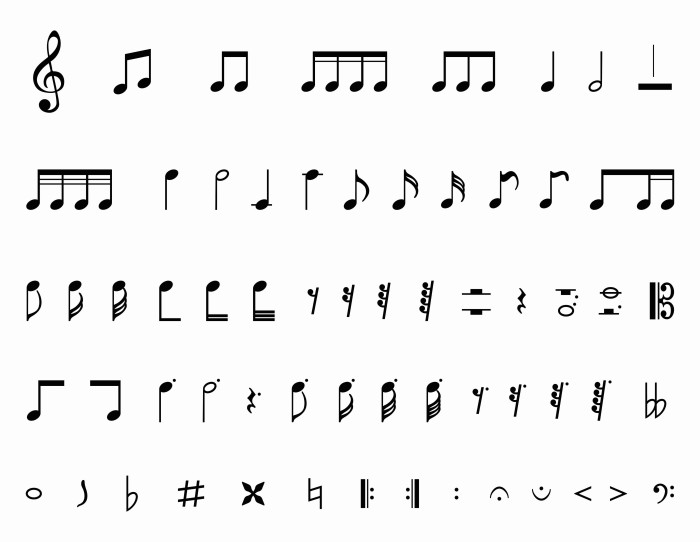 A more recent study tracked 56 software engineers as they worked either in silence or while listening to different types of music. It found an increase in both mood and quality of work while listening to music. In other words, music made these programmers happier (like the original Mozart Effect) but also increased the quality of their work.

So music may improve productivity "just because" it improves mood, as critics of the Mozart Effect argued two decades ago, but...does it matter? Isn't improving mood and productivity at the same time a win-win? Regardless of how music affects productivity, the results of recent studies have been more consistent than the '90s Mozart Effect. One small study (n=8) found increased mood and concentration on a reading task while listening to Baroque music. Another study found increased productivity from background music while performing a repetitive task.

Three studies does not a scientific consensus make, but they suggest that the Requiem for the Mozart Effect may have been played prematurely. It seems like music can improve productivity. But that raises some interesting questions: Which kind of music aids productivity most? And which tasks are most (and least) appropriate to do while listening?

Most researchers on the topic agree on one thing: Music's effect on concentration and productivity depends on how much the listener actually enjoys the music. 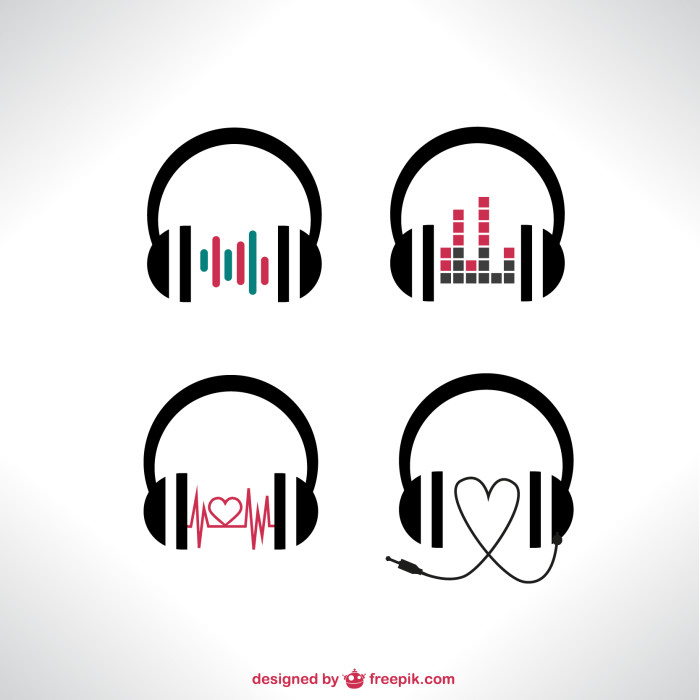 One small study (n=30) found increased performance after listening to preferred music compared to non-preferred music. So the first place to start is with music you don't hate. Of course, we all have our personal favorite music to work to. (For me, the Ex Machina soundtrack stays on heavy rotation.) But does the science suggest that some genres are better than others?

Different research focuses on different types of music, from Baroque to ambient, and no single genre is a one-size-fits-all "best" choice for everyone. But some studies have identified which music you should definitely keep off your AirPods.

One study found a decrease in performance while listening to "familiar vocal music." Basically, listening to music that you know with lyrics you understand can be distracting. In fact, listening to catchy pop songs might even count as "multitasking," which has been shown to hurt productivity by a growing body of evidence. One larger study (n=334) challenged middle-school students to a standardized reading comprehension test while either sitting in silence or listening to top tracks from the Billboard chart. Rather unsurprisingly, they found that Taylor Swift (et al.) lowered scores.

The bottom line: Listen to music you enjoy as long as it isn't too familiar or lyric-heavy.

Which Tasks Are Helped (and Hurt) by Music?

One of my first jobs out of college involved quality control for mobile app descriptions written by non-native English speakers. That might sound boring, because it was. Listening to music was essential to getting me through those eight hours of drudgery without losing my mind.

But not all "work" is created equal. Repetitive tasks like data entry require a different type of concentration than creative tasks like writing a blog post, so it makes sense that different types of work would benefit from different types of music—or none at all. Several studies, including one from Thinking Skills and Creativity and another from Psychology of Music, have shown that complex music can distract from tasks that require high degrees of concentration, such as a verbal or reading-comprehension test.

Much of the research that has demonstrated a strong positive association between music and work has been for repetitive tasks, so this is an interesting finding. And it makes intuitive sense. If your job is repetitive and boring, listening to upbeat, complex music can help you stay alert and motivated. If your job requires complex problem-solving and creativity, listening to down-tempo, simpler music can help you avoid distractions and mental multitasking.

So different tasks require different parts of your brain, which requires different types of music. At this point, you might be wondering: What exactly is happening inside our skull when we listen to music?

The Neuroscience of Music

What we don't know about the human brain far exceeds what we do, but some fascinating themes have emerged from the neuroscience of how music affects our mood and productivity.

Listening to music (that we enjoy) activates the brain's reward system, specifically the dopamine pathway. One study tracked participants' brains and found that dopamine release was strongest during "peak emotional response" to the music (think "goosebump moments" like...this).

Dopamine is the same hormone that's released from ingesting caffeine and sugar. So maybe good music "wakes up" our brain in a similar way. (And maybe listening to Let It Go on repeat gives you a headache for the same neuroendocrinological reasons as drinking a venti macchiato.) In fact, another study claimed that the regions in the brain that reacted to music were the same that respond to "other euphoria-inducing stimuli, such as food, sex, and drugs of abuse."

What does that have to do with completing your annual reviews at work?

By associating a reward behavior like music with a desirable outcome like getting work done, you're training your brain in the same way you train a dog with treats. "Whistling while you work" tells your brain to associate a positive behavior with a hormonal reward, and might be the oldest productivity hack in the book.

So listening to music both tells the brain to wake up and pay attention to what's happening and rewards it for a job well done. It's like a portable life coach.

Of course, music is one of many options for drowning out the din of an open office. White noise, nature sounds, and other non-musical background sounds have become increasingly popular as sleep and productivity aids. 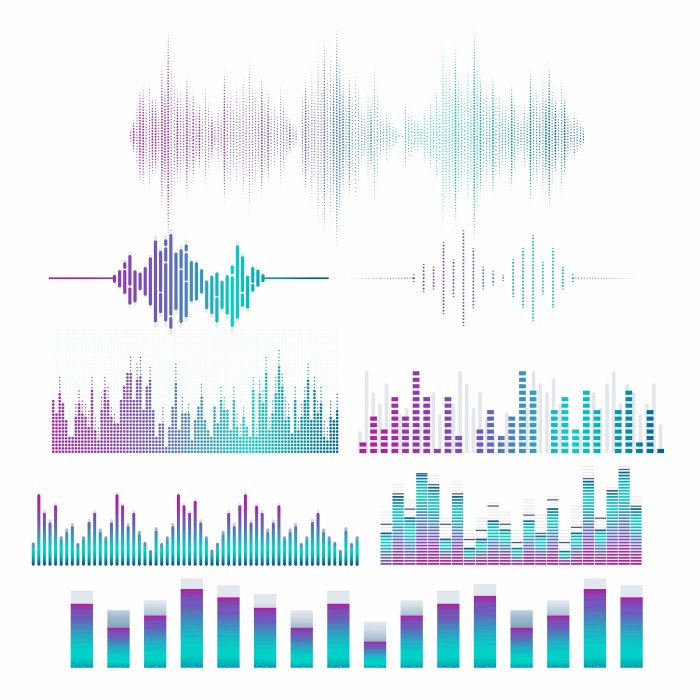 The research on background noise is less robust than that on music, but some interesting clues have emerged from recent studies.

One paper (with five separate experiments) found that moderate levels of background noise (such as a running fridge or ceiling fan) increased productivity for creative tasks, compared to no sound. High levels of noise, on the other hand, decreased creativity. Makes sense, right? Coffee shops have provided stimulation to writers (this one included) for years, but the line between a bustling and an obnoxiously loud Starbucks is a fine one.

Many popular apps provide nature sounds, such as chirping birds and ocean waves, to boost productivity. These purported benefits are based on research connecting "nature breaks" to increased productivity. One small experiment (n=40) found lower stress levels among those who listened to nature sounds compared to silence and even classical music. If reducing stress improves productivity (a topic for another day), then listening to nature sounds could help boost your workrate. And of course, taking a walk in a park will have the same effect.

Ambient noise is also a good choice for anyone who gets distracted or carried away by music. Counterintuitively, musicians themselves often have this issue as their brain tries to analyze what they're hearing. That's less of an issue for unmusical folks who couldn't identify a G-flat minor if their life depended on it.

Scientific research on the effects of music on productivity is a fascinating and blossoming field, but what's the short of it? Should you listen to music while you work? And if so, what kind?

If only it were that simple.

The science of music and productivity is pointing in some interesting directions, but keep in mind that the research is in its infancy and all findings are still preliminary. The most important research can be done with yourself: Try different types of music and sounds while you work, and observe the effects. You can even keep a little "work music" journal or spreadsheet if you want to get extra nerdy, or connect Spotify to your productivity software if you want to win the Nerd Olympics.

Listening to Bach won't turn you into the next Steve Jobs. But the evidence suggests that listening to the right kind of music can help you stay focused and productive.

Sam Kemmis is a writer and the founder of MyTravelNerd, a travel deals thing. He currently lives in a 1991 Mitsubishi Delica van.