Once upon a time, before computers were invented—and even after, since they weighed a ton and cost a full-time salary—manual work ruled the day. Updating client files, adding new leads to mailing lists, and nurturing leads was all done by hand.

While we can now move files from one folder to another or copy and paste data from one system to another, instead of searching a filing cabinet or ringing someone up, there's still a ton of manual pointing, clicking, dragging, and dropping going on in almost every workplace.

Crowdfunding giant Indiegogo, like all other companies, dealt with this sort of repetitive work. Two things set them apart: collaboration as a core value and their neverending searching for efficiency. 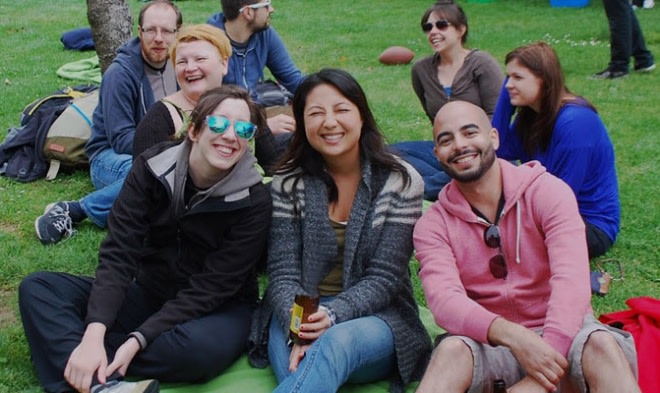 Across the company, Garrett saw that different teams often wound up siloed from each other. "Finding [app automation tool] Zapier has helped remove a lot of those barriers by automating a lot of the tedious processes and allowing us to centralize data for everyone to see," he says.

With Zapier for Team's Shared Folders, breaking down barriers and bringing employees together is a breeze. Just add new users to the team account and they can edit and create Zaps—a bridge between two or more apps—alongside other teams.

Zapier has been crucial in helping us scale processes as we grow.

"I deal with hundreds and hundreds of campaigns every day, and entering that data, even just one data point—and there's way more than one data point—used to be two people's full-time jobs," Garrett Grohman, Director of Inside Sales at Indiegogo, explains. "We got it down to one person's job when we started using Typeform to gather some of that information."

Create Users, Leads, and Opportunities in Intercom and Salesforce from Typeform Responses

After months of this new, better workflow, it was still taking the employee too much time and manual entry. "We asked ourselves, 'how can we simplify it?'" Garrett says. "That's when I found Zapier." This was a turning point for Garrett.

"Since [we found Zapier], that person has been able to change roles and do something that doesn't melt their brain," Garrett jokes. "And I've been able to run that entire program, plus a handful more, before lunch."

A lot of Garrett's (now automated) workflows at Indiegogo starts with Typeform. Some of the forms target leads that have quieted down. Others add new Indiegogo users to their email list. Connecting them all together? Zapier.

Garrett's specific task dictates which application he'll link to Typeform with a Zap.

Indiegogo uses customer messaging platform Intercom to send emails to their leads and users. All those users actually start with a typeform response, which Garrett uses to trigger Zapier to create new users in Intercom.

When it comes to nurturing leads, Garrett worked to answer a simple question: Why haven't we heard from this lead recently? To solve it, Garrett turned to Typeform, Salesforce, and Google Sheets.

"We send out a [Typeform] survey [through Intercom] and we're like, 'Hey, we haven't talked to you in a couple weeks. Answer these couple questions and let us know how you're doing.'"

Zapier turns almost all of our five to six step workflows down to one to two steps.

When a lead submits the typeform, Zapier updates the corresponding opportunity in Salesforce and then finds and updates that user's row in Google Sheets, adding their responses.

With Intercom and Zapier paired together, Garrett's been able to automate every aspect of customer communication. Subscriber lists and users update without human interaction thanks to a few different Zaps.

One of the most powerful among those Zaps is also one of the simplest: Zapier creates new users in Intercom from new leads in Salesforce, making sure Indiegogo's email list is always up to date:

Another time-saving Zap subscribes new leads to Indiegogo's newsletter. When a user opts in to the newsletter, a new row is added to Google Sheets. Filter by Zapier checks a specific field to make sure the user has agreed to subscribe and then Zapier adds a user tag in Intercom, adding the user to the newsletter.

While most of Garrett's official responsibilities revolve around inside sales, he often finds himself working across teams to build better, more efficient workflows: "Collaboration is one of our four core values at Indiegogo," he explains. "It's bred into the culture."

"I get to work directly with the marketing team, our bizdev team, our enterprise team," Garrett says. "I'm making sure the wheels are still turning while they're working on perfecting [the business]." 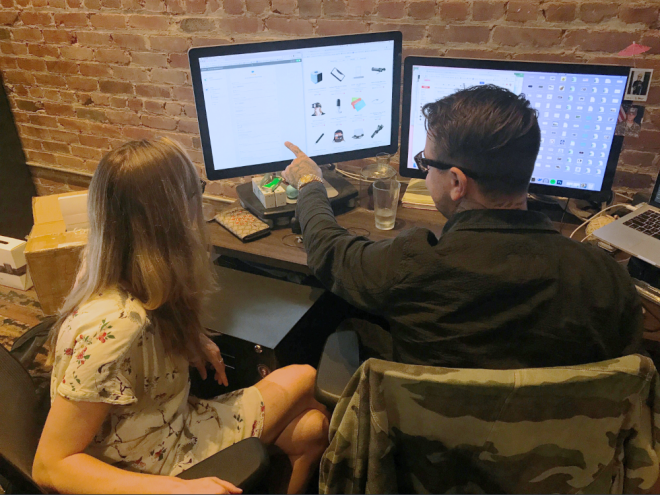 Finding new, efficient ways forward wasn't always easy, especially when each team has a different pathway forward. "Our functions are so different that we often ended up working in silos," he explains. "Zapier has allowed us to be more open internally with our data and programs, and helped strengthen our cross-functional collaboration."

If it's an automated workflow at Indiegogo, there's a good chance Garrett worked with a team to make it everything they need.

"My mentality is if it's something that you have to click the same button more than three times in a day and you're consistently doing it, it's probably worth trying to trim off a couple clicks. Take five or 10 minutes and remove three or four steps and automate that."

All images courtesy of Indiegogo.

Read more about Zapier for Teams and learn how other companies collaborate with automation, Shared Folders, and more. Do you have a Zapier success story? Share it with us.