Collaborate like a kid: What preschoolers can teach us about adjusting to remote work

Remote work isn't going anywhere, and that means reimagining what collaboration looks like. If you can't sit around a table with a whiteboard, chat over lunch, or shoot out blue sky ideas over drinks at happy hour, what can you do? The collaborative work culture that most folks were used to isn't the same, and adapting to a new environment is tough.

At least for adults it is. As kids, we experienced major shifts on a regular basis—and we were remarkably skilled at adapting. Preschoolers, in particular, create a culture and do their work (i.e., their play) with whatever resources they have and wherever they are, be it a preschool classroom or a rock fort in the woods.

Lucky for grown-ups, this means we have those skills, too. We've just left them on autopilot for a while. Now that our environment is turned upside down, it's time to dust off our old tools and relearn how to collaborate a bit more intentionally.

I was a preschool teacher and teacher educator for about a decade, supporting children as they learned to collaborate and helping other teachers do the same. I spent a lot of time reading research and reports from professional practice, and the general consensus is that most children use similar strategies to work together. 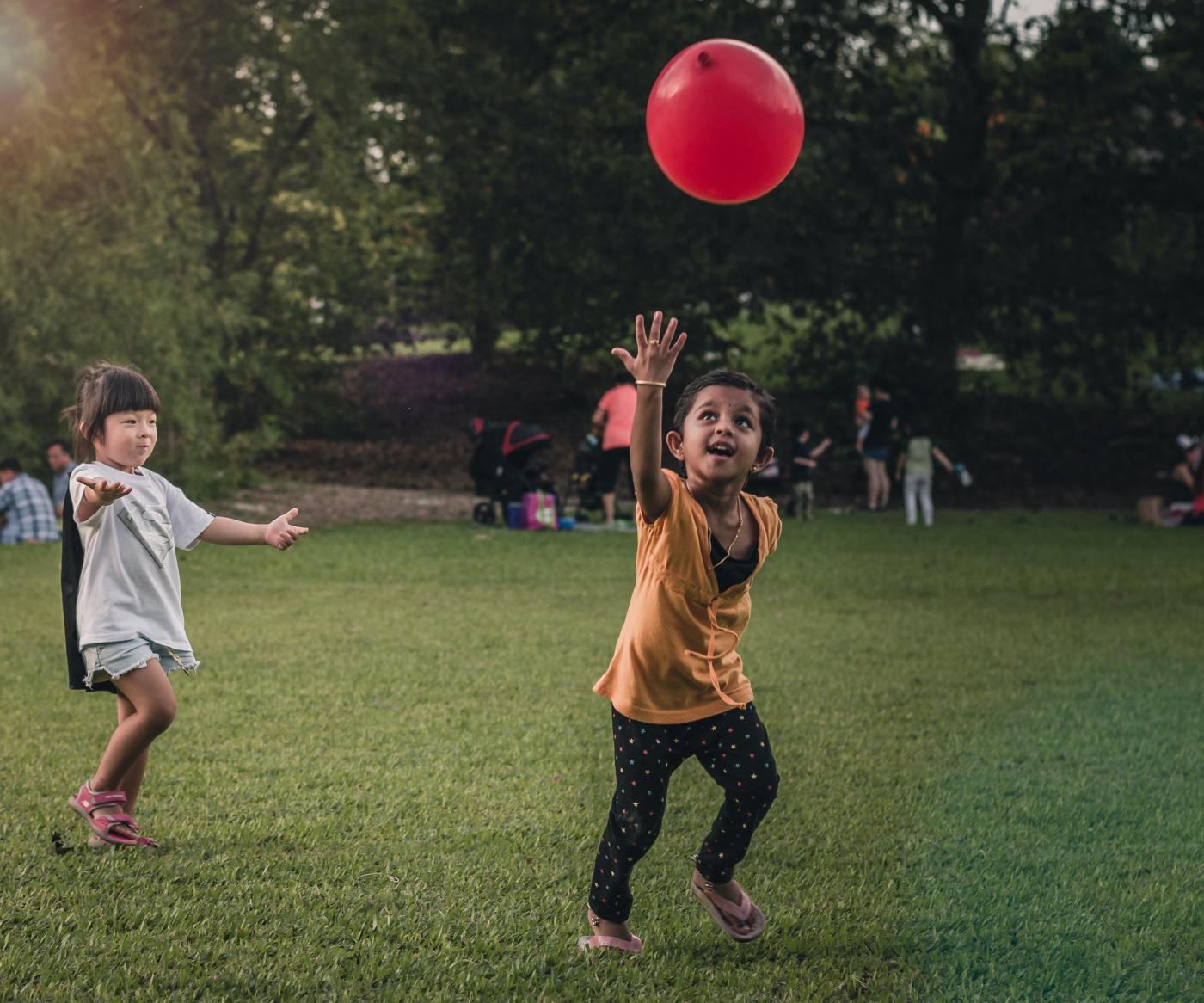 One of the most insightful takes on children's group play—which is basically the kid version of collaboration—is by educators Mark Mabry and Carolee Fucigna. In their article, they break down group play into distinct components, five of which map really naturally onto work collaboration. These strategies tended to exist in any kind of successful, sustained group activity among children. Let's take a look.

When kids play, there are rules about how to use certain objects or which objects are needed to participate. Certain actions, words, and sounds have meaning to the group, and there's a clearly defined set of players. These aren't written and organized like a game of Red Rover or Chutes and Ladders. More like "understood regulations" that keep the group together.

Many years ago, a group of children in my class signaled that they were playing together by making lightsabers out of rolled-up paper. The pretend weapons were never really used as such, and they rarely acted as characters from Star Wars, but the artifact was important to them on a daily basis. It was a rule that implied a connection, and it was always a game to fall back on if they couldn't think of anything else.

But it's not about imposing rules—it's about finding one when it emerges, embracing it, and returning to it over and over. For example, you might find that your team starts meetings with more small talk now that you're remote. It's not a hard-and-fast rule—you must small talk!—but if it happens naturally, it makes sense to embrace it. There's a reason it developed this way, and since it's not harming anyone, maintaining the "rule" can help foster collaboration.

In collaborative play, each child has a specific role, and each role has its own set of rules. Young children often explicitly name their roles, or go around reminding each other of what they are. It's not uncommon for them to have a long discussion before play begins, or to hear a child shout in the middle of mixing mud pies, "We're bakers, right?" When a game repeats, children also switch roles, taking turns being the mom, the driver, and—usually after a heated negotiation—Princess Elsa.

Though it may seem strange to outline roles among familiar faces, the new environment of remote work strips a team of the usual in-person signals and behaviors. In the office, you probably knew which person on your team was most likely to ask the first question, or whose job it was to crack a joke in a moment of awkward silence. But those roles are a little different now.

To get some of that back, consider naming some key roles at the start of a collaborative meeting: who will take notes, who acknowledges when the meeting is over, who will do the Google search when a question comes up, or who's responsible for littering the Zoom chat with emoji. Assign those roles to different people at different times. Soon enough, everyone will understand how they best contribute in this new context and when to look to their colleagues for support.

If you're struggling to adapt to meetings via video call, here are 7 strategies for running remote meetings.

Like coworkers, most children have their cohort: the same group of peers in the same environment day after day. Their collaborative play tends to reflect this repetition—in a good way.

Dr. Adrienne Lomangino, Head Teacher at Stanford University's laboratory nursery school, explains: "Children develop repeated patterns or rituals in their play that provide a framework for moving into the play fluidly, without the need to discuss and organize a lot of details." Kids know where to go and when to get the play going—without much planning. For example, a couple of children in my class repeated the same game of creating construction trucks out of blocks so often that they once greeted each other with a nod, uttered "the usual?" and went on their way to play.

Wouldn't it be great if your 45-minute group-thinks could actually involve 45 minutes of thinking? In an office, you had the benefit of leaving your individual workspace and gathering in a room clearly designed for collaborating. Research shows that people respond to such cues to help them code-switch into a new work mode.

So: try setting up a virtual environment that your team can grow to associate with collaboration by introducing a bit of order specific to this type of meeting. Take a minute to puzzle over a brain teaser to help cleanse the palate of individual work. Have a ritual of everyone leading a stretch as a way to get started. Or, if you're all-business, simply introduce an agenda in the same way each time. In the words of the great philosopher Alton Brown, "organization will set you free."

Icebreakers can be awkward, but it turns out that's only when you don't do them well. Here are some tips on how to run successful virtual icebreakers from people who do it for a living.

Children involved in collaborative play tend to be aware of the other kinds of play that are happening around them, and it's common for the groups to interact. A group of children acting as cooks in the sandbox might bring mud soup over to share with the firefighters across the yard.

In adult-speak, this boils down to cross-functionality among teams. You might miss the ability to grab a coffee with someone on another team. Though crossing paths at the watercooler is no longer a thing, you can be more intentional about setting up opportunities for your team to work with someone else's.

Having folks present their work to others at an all-hands meeting is one thing, but real collaboration happens on a smaller scale. Look for common interests with one colleague from another team, or small units whose work is aligned with yours. Maybe someone mentioned something in Slack that relates to a discussion your team had at your last meeting: invite them to jump on your next call to add their perspective.

When children play, there's often a leader: someone who directs the action and who others turn to to check on the appropriateness of their suggestions or behaviors. At the same time, even the leaders want to share that control with others—not necessarily ceding leadership, but making sure that their friends are into it, creating a strong sense of "we."

Groups of children in my class used to spend hours digging rivers in the sand: they would fill the trenches with water, deliberately block the flow to create a large pool, and then quickly destroy the dam to watch the torrent flood the area below. The play was enormously collaborative and productive, in its way, but the crux of it was the moment when the group work switched from feverishly blocking the water to gleefully releasing it. This moment required a leader: the same child tended to loudly declare when it was time to break the dam and when it was time to build it again. Others were corrected when they broke or built too soon—never chastised, but just reconnected to the group by the leader's keen eye for civil engineering.

Having a leader or moderator might not have been necessary in an office setting—mostly because you'd already had time to figure out how to have effective in-person meetings. But now that meetings are remote, you're starting from scratch. Try mimicking children's play and make sure every meeting has a leader. And this doesn't just refer to video conference calls—you might also have a leader who keeps people on track in team chat. 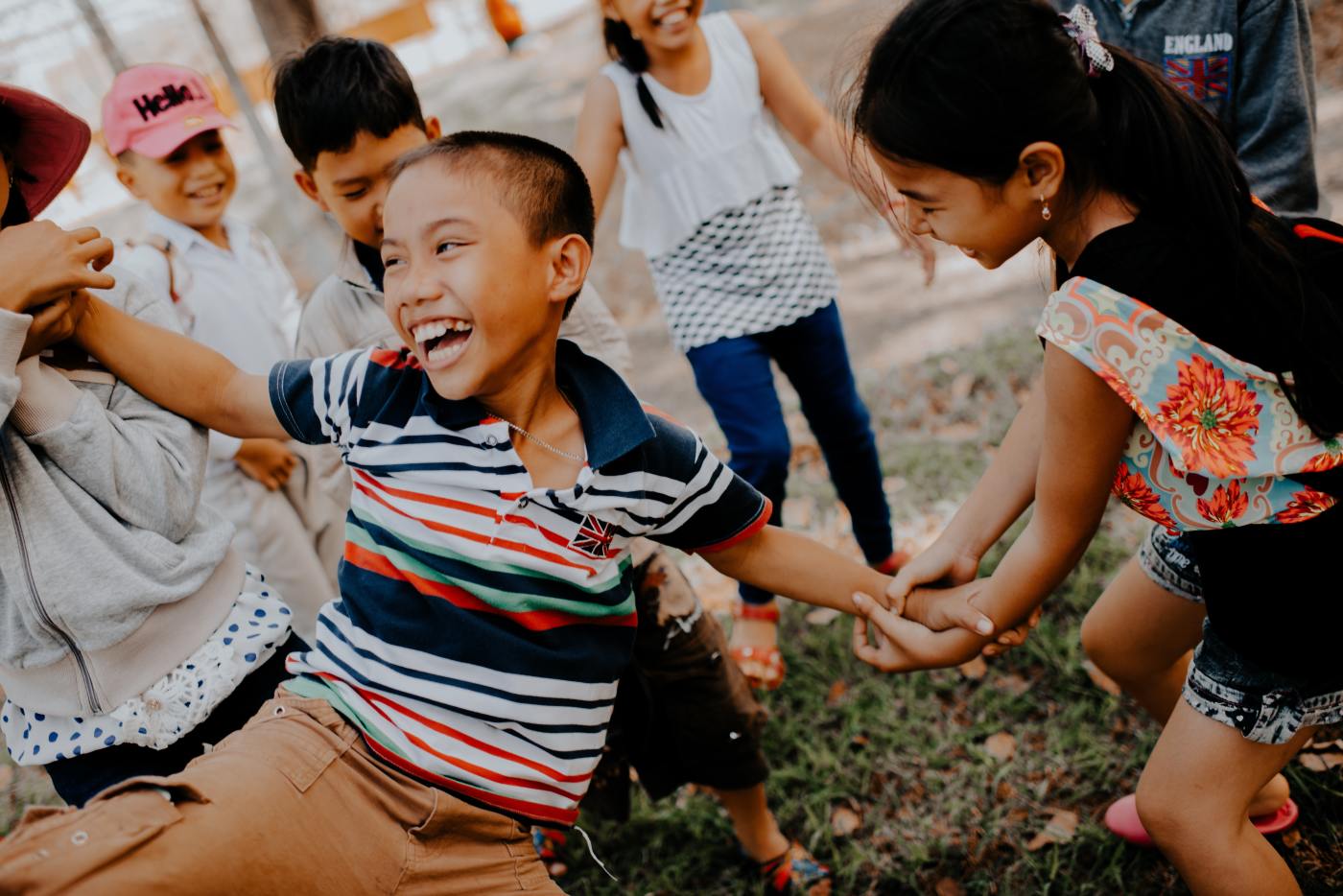 William Corsaro, a renowned anthropologist who studies how children play in groups in various cultures, has written about many similar structures to the ones above. But he emphasizes how children push against those structures, too, in what he calls plying the frame.

When a particular script or situation has been set up during play, other children will intentionally stretch that scenario, leading to elaborations on the script, and requiring flexibility on the part of the original player. Instead of just playing along, they are playing with the play. This is where innovation happens.

I remember a group of children in my class that repeatedly acted out the roles of a family, with one child always playing "the baby." She was physically smaller, and the other children could lift her around to great effect in the play. To keep her role from being too passive, she would push the boundaries of what being the baby could really mean. One day, she decided to run away to another area of the play yard when her "parents" were "working." The moment she escaped, the play evolved. It became more of a physical chase game as she found places to hide, and her friends got additional tools like binoculars and paper tube telescopes to look for her. This attracted new players (and new perspectives) to the mix, as well as a host of different learning experiences stemming from the play.

That's all to say, once the structures described above are established, you can—and should—disrupt them a bit in order to keep dynamic collaboration moving forward.

Here's the thing: starting from scratch on collaboration doesn't necessarily mean imposing these elements on a group.

With kids, scholars make a stark distinction between children's culture (what I described above) and culture for children (toys, TV characters, or extracurricular activities). Sure, kids can imitate a character, repeat a script, or follow directions, but that work is not truly theirs. A group has to come up with their own identity on their own, and that's what paves the way for highly productive collaboration.

A new version of collaboration will develop on your team, and revisiting some of your old childhood habits may just help speed that along.

Colin Johnson is an early childhood educator with over a decade of experience in both teaching and research. He's currently an educational consultant, and you can find him at earlyeducationworks.com.