Everyone who works in tech has an origin story. Mary Albright's includes being banned from Chicago libraries because of a Neopets addiction, spending way too much time on Tumblr, and setting up Zapier to automate bookings for her stint as an international high fashion model.

Mary, now the Senior Content Engineer at digital marketing firm Wpromote, told me she first learned the skills she uses today because of Neopets. Neopets, if you're not familiar, was a popular game in the early 2000s. It mostly revolved around caring for virtual pets, but you could also customize in-game items using HTML. So Mary, then a child, did some research.

"There were all of these weird forums where you could find code snippets to, like, make your cursor have sparkly sparkles," Mary told me.

This pursuit of sparkly sparkles—with a detour in the fashion industry—led directly to her current career.

Learning to ask the right questions

What does Neopets have to do with Mary's job? By her telling, it's a natural enough transition.

"A lot of my day-to-day now is copying, pasting, and editing code, and basically being a really good Googler," said Mary. "It's definitely the kind of skill you learn when you're trying to add a sparkly cursor to Neopets."

Learning about technology, and automation in particular, is all about imagining something you want to happen, researching how to make it happen, then making it happen. There's nothing that makes editing Neopets snippets any different than, say, copying code to build a website. The instinct is the same.

And, as any engineer will tell you, that instinct to tinker can get you into trouble. Mary wasn't an exception:

When I was really young, we didn't have internet, so my sisters and I used to go to the library to read books and play video games. All of the computers were booked for the hour that I was there, so I went onto the search computer, the one you can only use to look up books. Somehow I found a back door so I could get into Neopets. I was thrown out of the library. I was banned. I was in fourth grade.

By high school, Mary moved on from Neopets to the much more mature Tumblr.

"There were all of these code snippets you could copy and paste to tweak things on Tumblr," Mary said. "It was just so easy and fun to play with." This sort of tweaking gave Mary the background she needed to learn skills for her future career. Why? Because it gave her the framework to ask questions. "A lot of people are just paralyzed by their lack of communal language around things," Mary told me, before explaining that learning is in part about knowing the words to ask the right questions.

It's similar to how people think about math. Math actually isn't that hard, but if you don't speak the language, then it just becomes so confusing. You don't have the axioms, you don't know what the proofs are, so you don't know how to play with it. Code is similar. When you understand what is possible, that changing a background color is a thing, you can start to look for ways to do that. You learn how to understand it, comprehend it, and then make little tweaks to it.

That's an important starting point—and it came in handy later.

I contacted Mary after she tweeted that Neopets and Zapier had taught her programming. I knew essentially nothing about her. I don't know what I expected, but it wasn't the following sentence.

"Before I went to college, I was in fashion," Mary told me, almost as an aside. "I'm a model." 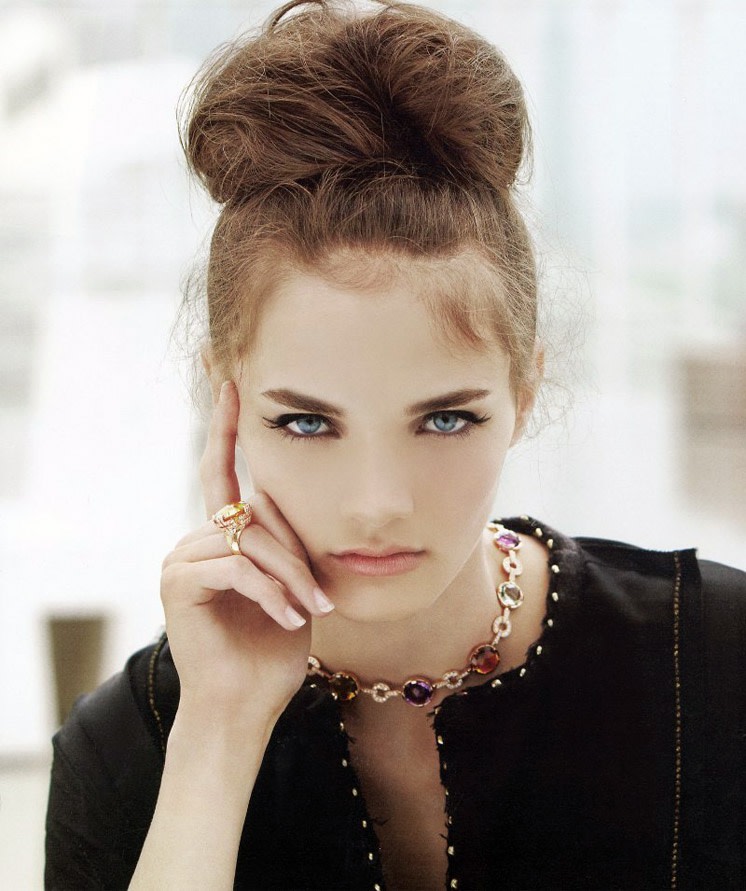 I said I didn't know much about modeling, or the fashion industry in general, so Mary helpfully gave me some context.

"There's two types of models," she stated. "There's the commercial models, which are all of the beautiful girls next door, and then the, like, vampire models that are high-fashion and avant-garde. I was the second kind. I was in the scary stuff."

It turns out that modeling scary stuff isn't that different from running any small business. In both scenarios, you have clients, and that means there's a lot of data to keep straight. Mary spent years tinkering—finding ways to do things that didn't seem possible—so she knew there had to be a way to keep track of everything without spending hours on it every week.

"I am a very data-oriented kind of person," said Mary. "So naturally modeling is when I first started using Zapier. All of my agents—in Paris, Milan, New York, London—they all had different formats for sending me bookings, or castings, all of those types of things," Mary told me, rushing through the impressive list of fashion week cities so she could get to the part she was excited about: "I made a Zap." 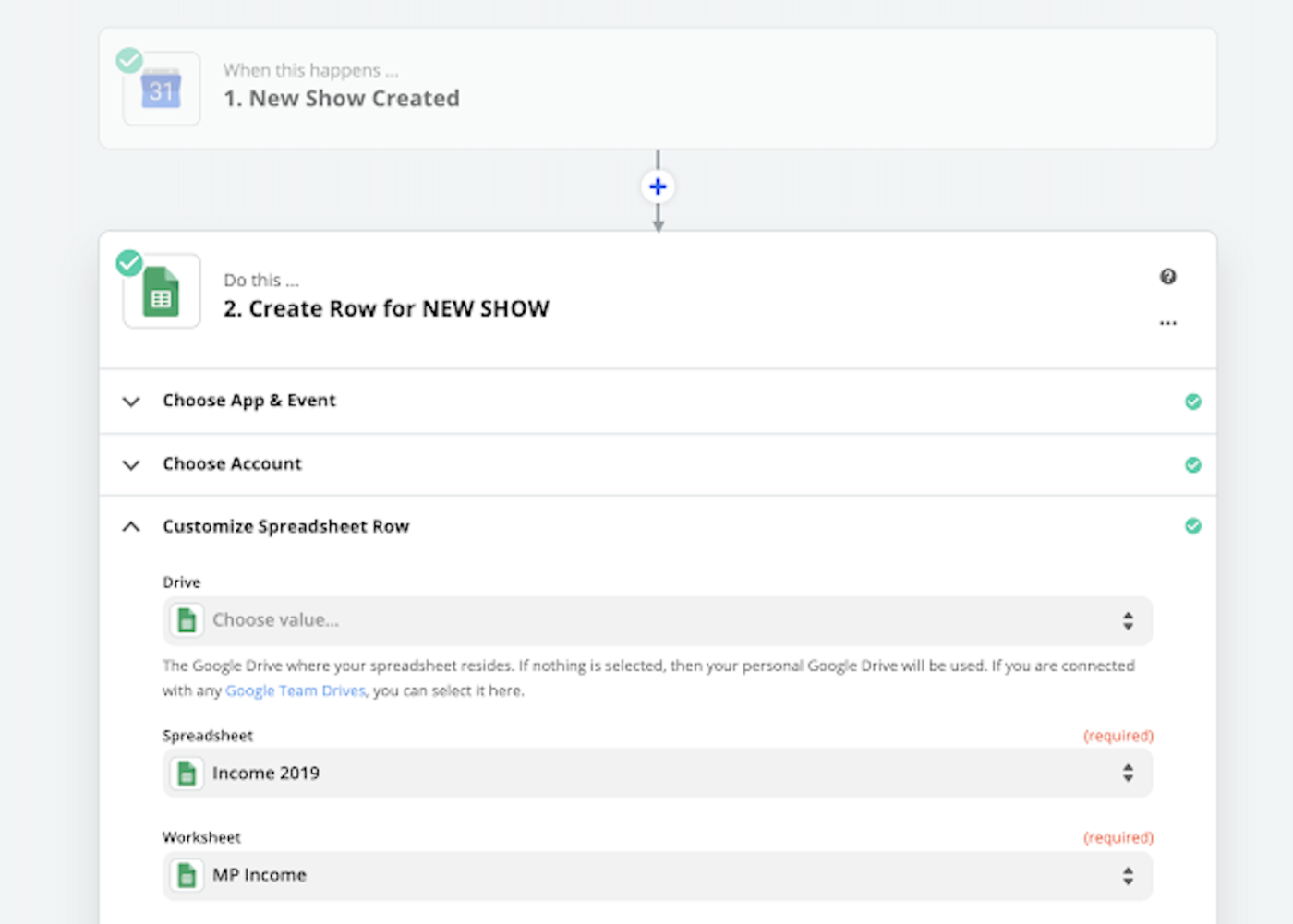 Zaps are automated workflows that move information from one app to another. Mary's Zap helped her keep track of her modeling career:

I had a setup where I'd get an email, and the details would automatically go into a spreadsheet, which would in turn work out all of the dates—where I was going, the address, the time, all of that kind of stuff. It would also send me a calendar invite. So I had this whole spreadsheet that I could use to reconcile my taxes and make sure I got paid for all my jobs. And I'd also have this calendar that would document when I needed to be places.

I won't blame you, at all, if the previous quote makes you doubt that Mary exists. I thought I was being catfished, if I'm honest, because this story serves my interest as a writer for Zapier so well as to be ludicrous. But Mary really did model (under her maiden name), and she really was more excited to tell me about her Zap than anything else to do with her modeling career (which she described to me as "photos where I look like a baby alien"). 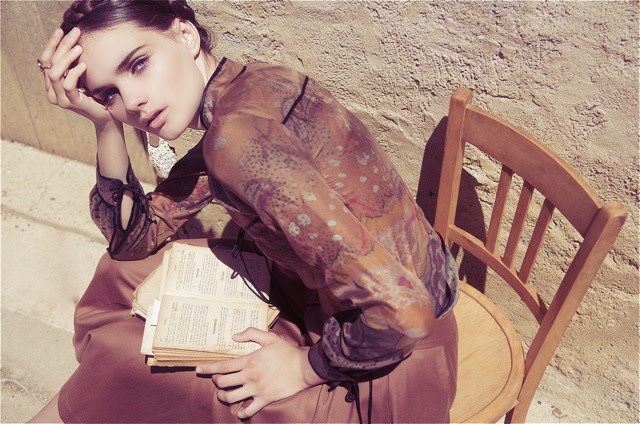 Photographed by Perla Maarek for L

Her modeling career, of course, is very removed from Mary's day-to-day now, where she does content strategy and engineering for enterprise companies. She mostly talks with her clients online, meaning they generally don't have any idea what she looks like.

"At work I'm a very analytical person," she said. "I think the virtualness of our relationships protects me from the assumptions that people might have."

The Neopets to Zapier path into coding

There's no one path into technology. Mary's is unique, but so is everyone else's.

"Zapier, along with my background doing dumb coding in Neopets, helped me think about the possibilities of automation," Mary told me. "It gave me the paradigm."

These days, Mary does a lot of Google Apps script coding, helping large companies determine what kind of content they should make and automating reports related to that—and it all started with Neopets.

Mary tried logging into her Neopets account in the early days of quarantine, but there was nothing there. And the site, which requires Flash, doesn't really work on modern browsers in any case.

Neopets, the website, is basically gone. But there are plenty of people, who, like Mary, see the site as inspiring a career in tech. Multiple people at Zapier told me they remember searching forums for snippets of code. So Neopets helped make the internet what it is—or, at least, inspired some of the people who run it. In that way, the Neopets era lives on.