Intercom is a customer communication platform that enables targeted communication with customers on your website, inside your web and mobile apps, and by email.

learn more
Or
By signing up, you agree to Zapier’s Terms of Service

How To Get Started With Intercom

To get started with Intercom on Zapier, first you will need to click to connect your Intercom account to use with your Zap.

Finally, you will be asked to give Zapier permission to access your account. You can select a different Intercom app from the dropdown on the top-right side. 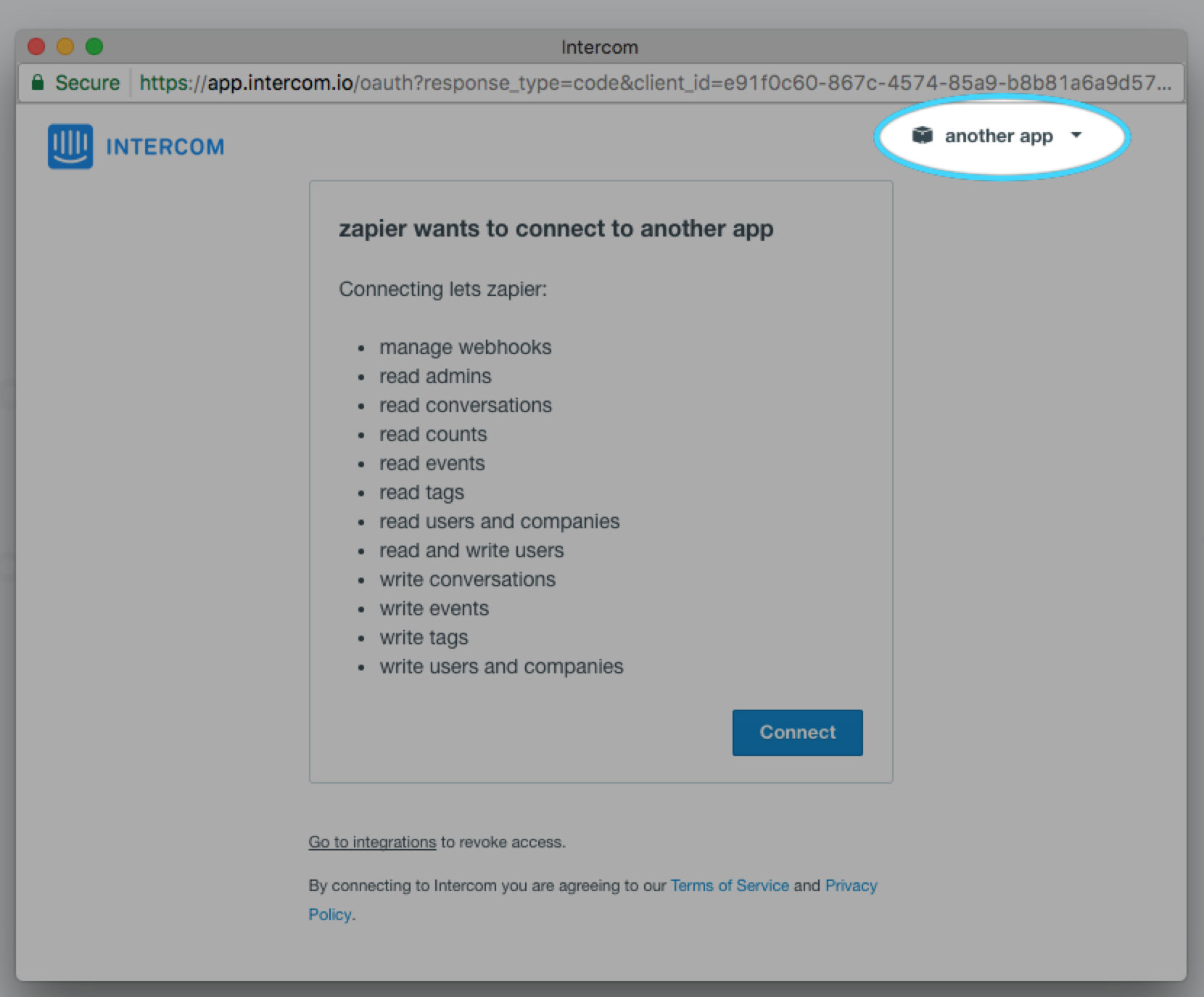 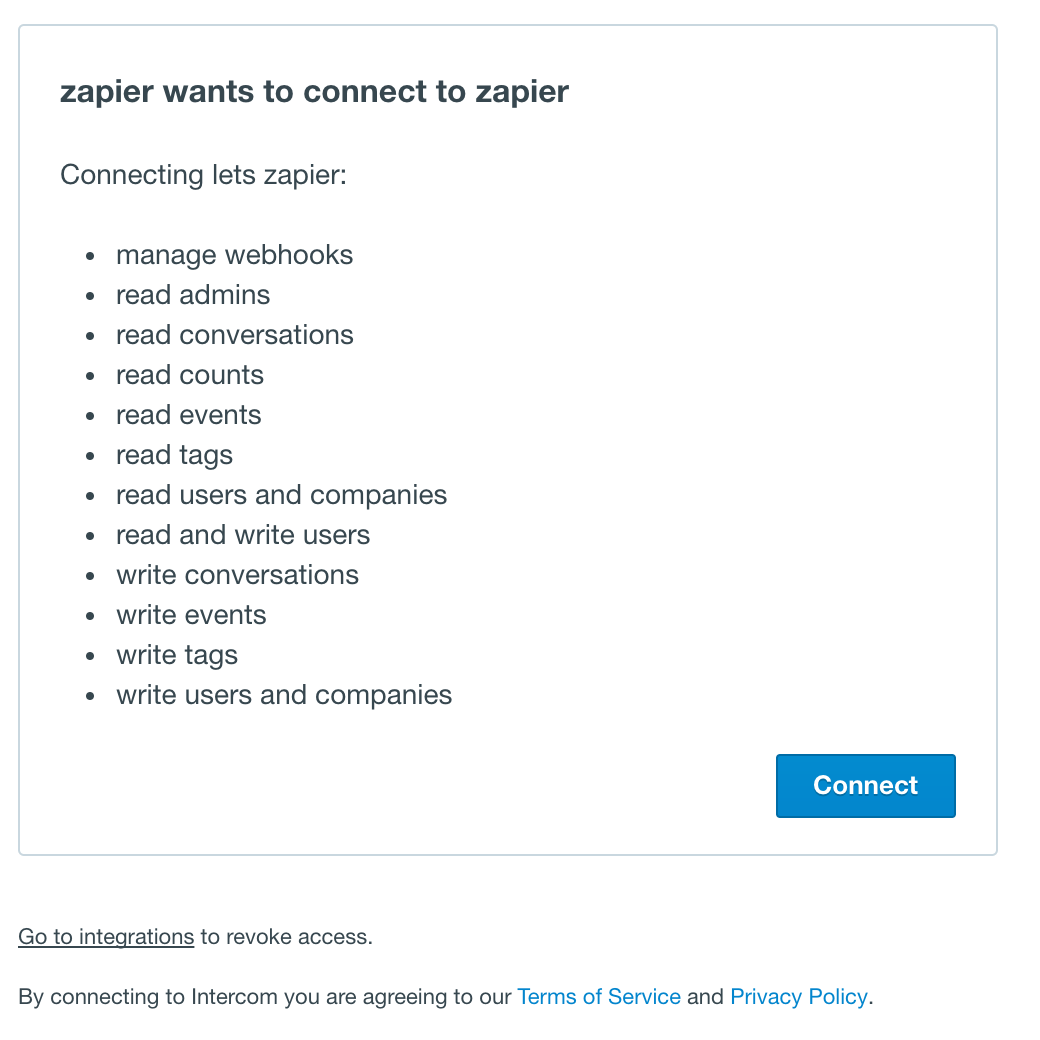 If all steps were successful your Intercom account will now be successfully connected. 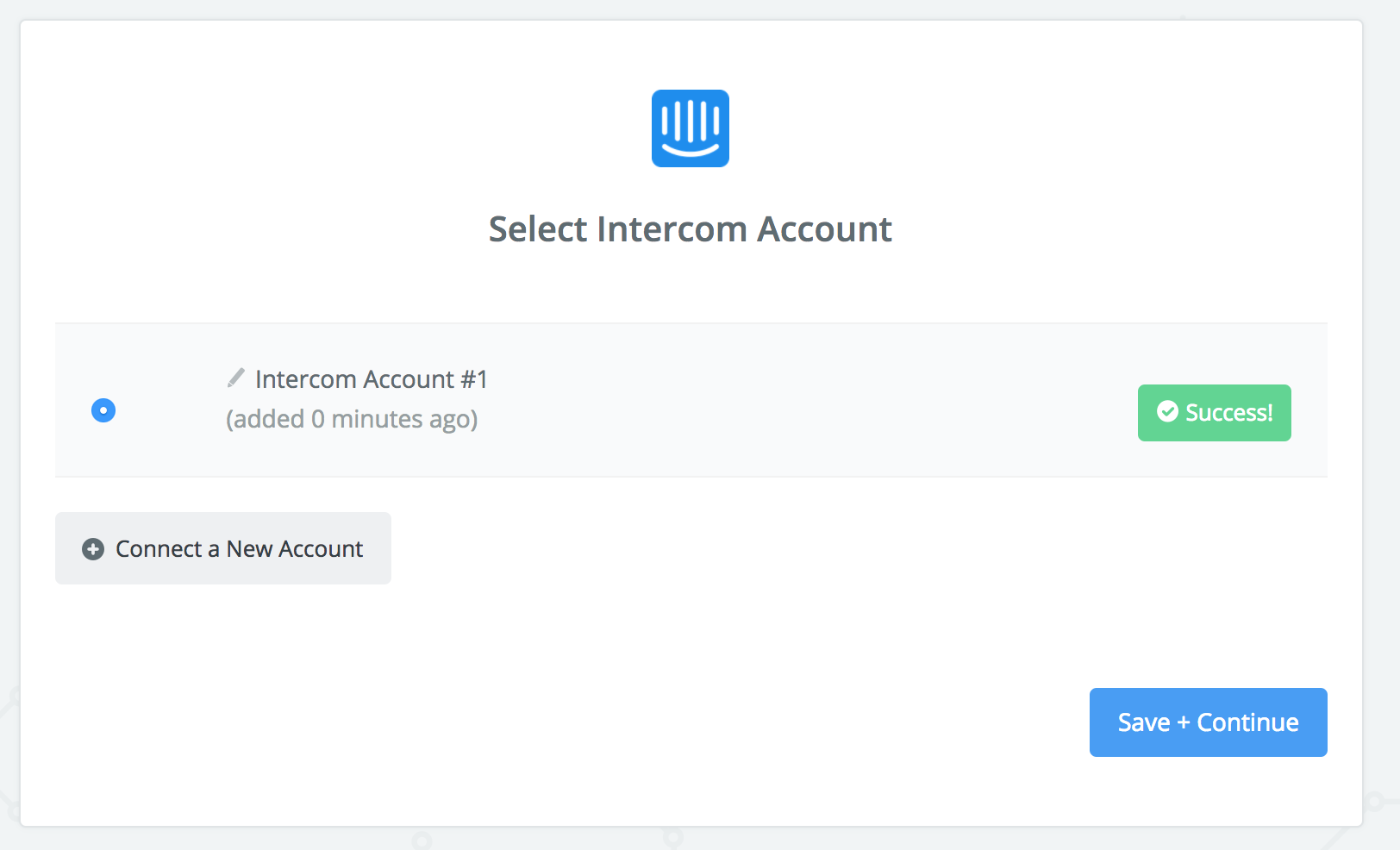 Popular Things To Do With Intercom

I'm getting an "Not authorized to access resource" error

This is an issue with permissions for your Intercom API Key. Make sure the API key connected to Zapier has both read and write access.

Some of my custom attributes are missing

This trigger will trigger if a conversation is with a user OR if the conversation is initiated by a lead. If you're popping up an automated message that a lead responds to, then this conversation will not trigger the zap.

Not all users are triggering my zap

If you have the Intercom Acquire product, it means some visitors to your site can interact with you via chat, before they sign up. Those are called "Leads" in Intercom and will use the New Lead trigger. If those leads then sign up, they are now users. However, they won't show up on the New User trigger. They can be caught using the Lead Converted to User trigger. Using these two together should give you all your "users".

The user has to match on both email and User ID, so if the user's email or user ID changed, a new user will be created. There are three possible scenarios:

My "Lead Converted to User" trigger is not firing

My created company isn't showing up in Intercom

Connect the apps you use every day

Or
By signing up, you agree to Zapier’s Terms of Service