The Productivity Guinea Pig: What We Can Learn from One Person's 365-Day Experiment

Would you donate your body to taxing scientific trials, all in pursuit of productivity?

Fresh out of college, with a business degree in one hand and two job offers in the other, Chris Bailey did just that.

Instead of entering the workforce, Bailey turned himself into a blond, bearded guinea pig. Exactly one year ago, he set out on a "Year of Productivity," conducting grueling experiments on himself in the name of efficiency, and blogging about the results.

What kinds of experiments? Bailey’s quest for productivity nirvana has pushed him to live in isolation for ten days, limit his smartphone usage to one hour per day, work 90-hour weeks, watch 70 hours worth of TED talks in seven days, and eat nothing but soylent for a week. Don’t worry, they weren’t all concurrent.

"On the surface, these experiments look like hell," Bailey says. Yeah, no kidding.

So the next logical question is: Why would anyone subject themselves to this?

Instead of a Job, a Year-Long Experiment

Bailey wasn’t passionate about the jobs he was offered out of school. His dream involves taking 10 hours of work and completing it in five with the perfect mixture of productivity strategies.

"We only get so much time to live our lives every day—everybody knows that, it isn’t anything new," he says. "But productivity is doing everything you need to do in less time, so that you have more time to do things that are meaningful to you."

What were the results of his tests? We chatted with Bailey about what worked, what flopped and how he harnessed his attention and tested his limits. Here are five dos and don'ts from Bailey's experiment:

Do: Untether Yourself from Your Smartphone

Early on in his Year of Productivity, Bailey limited his smartphone use to one hour per day for three months. He hoped this would help him avoid the attention black holes that smartphones generate during "break times"—while standing in line, waiting for a meeting to start, or procrastinating a blog post away. 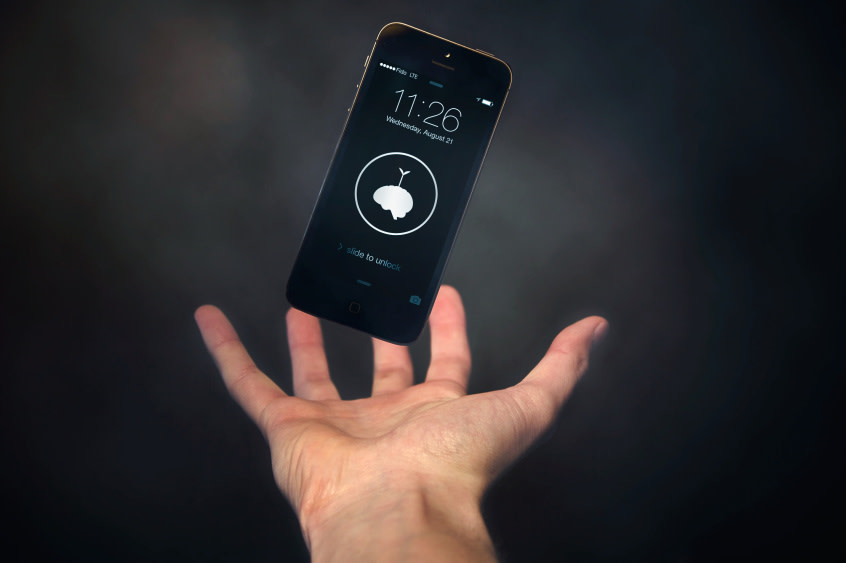 It ended up being one of his most successful experiments. Bailey learned that when your phone is staring you in the face, you focus 80% on the task at hand, and 20% on notifications. He says those alerts are generally related to watered-down social interactions like retweets, likes and emails.

"Most of the things that you end up doing on your smartphone waste the time and attention that you devote to them," Bailey says. "These interactions have a short shelf life but they’re very stimulating. So using your smartphone can become addictive, but not necessarily productive."

Bailey suggests liberally using your smartphone’s to "do not disturb" function while trying find your productive flow.

"I noticed during those three months, I got really good at managing my attention because I had more of it to give to the world around me and the people in front of me," Bailey says.

Don’t: Be a Total slob

Bailey’s tests didn’t always increase productivity (not directly, at least). For one of his less-effective experiments, he took to being a total slob for a week: no working out, a required two hours or more of TV time, ordering lots of takeout and avoiding showers like oncoming traffic. 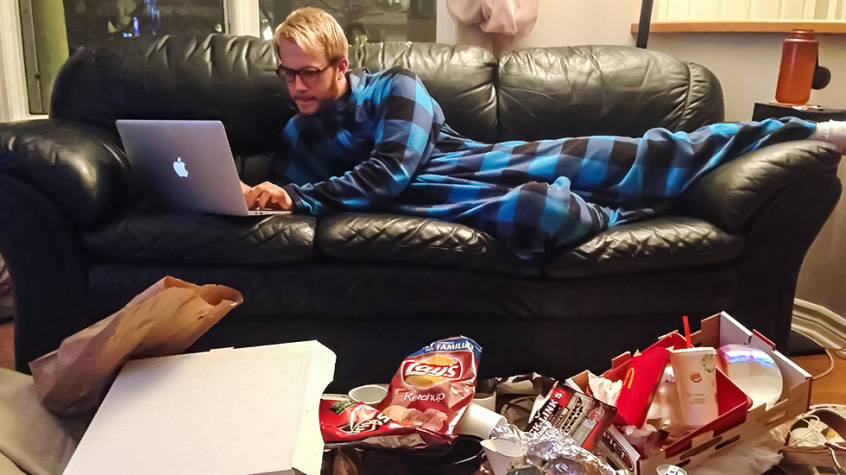 If you squint a bit, you can see the logic here. By cutting out cooking, cleaning, and general personal care, you should have more time to devote to the project at hand.

"It was fun for the first couple of days, but it got kind of tiring by the end of it," Bailey says. He found himself bending to impulses and binging on fast food and entertainment.

But the experience produced a lot of "don’ts": don’t turn to quick fixes for stress relief,don’t give yourself a bunch of unstructured time, and don’t let your attention run rampant.

While living the couch potato life, Bailey also noticed that bad habits can compound and multiply. But there is a silver lining: the same seems to be true about good habits.

At its core, the Year of Productivity was a commitment to dive into new lifestyles for weeks or months at a time. So naturally, Bailey learned a lot about effectively building habits.

He says it’s best to start small. "If you try to make these huge changes, they might stick at first, but when you force yourself into changing habits you’re willing yourself into rewiring neurological pathways."

That willpower is a depletable resource—eventually your low-carb diet will consist of sitting on the couch and downing a whole pizza by yourself.

Bailey suggests being honest with yourself. Are you really going to work out for an hour every morning? Can you do 30 minutes? What about 10? Tweak the duration or regularity of your habit until it hits a point that you’re comfortable with.

It seems logical: spend more time working, and you’ll get more done. "You would think so, but I think the opposite is true," Bailey says.

During the last two weeks of Bailey’s year-long adventure, he had 60-70 hours of weekly work to do, but limited himself to 40-hour work weeks.

"When you schedule less time for an activity, you force yourself to expend more energy to get that thing done in the allowed time," he says.

Bailey found that the self-imposed deadlines allowed him to spend more energy and attention on a problem instead of dumping unstructured time into a solution.

Do: Hone the Three Core Elements of Productivity

Bailey views productivity as the confluence of three principles: Attention, Energy, and Time. He found that when these pieces overlapped, he was able to reach peak productivity.

"People tend to focus too much on how much time something will take them, and not enough on how much energy it takes," he says.

Bailey outlined the best ways to tap into those three central aspects:

Bailey treats attention like a muscle that strengthens as you train it. His suggested workout for increasing it: meditation.

"Meditation doesn’t have to be this hippy-dippy activity that only Buddhists do," Bailey says. "Whenever you feel your mind wandering—which it does all the time—just try to bring your attention back into focus." 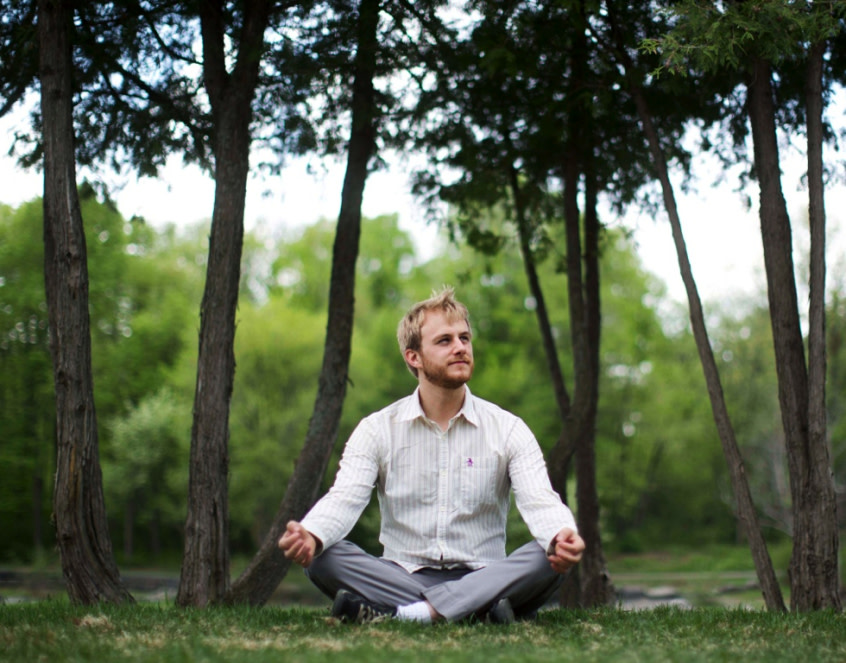 Every time you re-focus, whether it’s on a specific problem or a goal, it’s like doing one rep of training your attention muscle. Plus, it helps to separate you from your work. Bailey calls meditation the "art of doing nothing," which is crucial if you want to avoid drowning in your to-do list.

"I usually don’t like to give blanket productivity advice to people, but exercise is one of the most powerful things ever," Bailey says. Exercising regularly—or even intermittently—combats disease, boosts mood, helps you sleep better, and can even be fun if you do it right. The end result is more energy and less 2 p.m. grogginess.

During his experiments, Bailey went out and gained 10 lbs of muscle, and is moving toward 10% body fat.

It sounds counterintuitive, but Bailey found that the best way to manage your time was to take more breaks from your projects. "Just because you aren’t working doesn’t mean you aren’t working," Bailey says. "Your mind is always processing your daily activities, always churning away at the problems in the background."

Instead of staring blankly at your computer screen, go for a walk, eat something or take a shower (some of the best lightbulb-moments happen in the shower). Breaks help you step back from work, reenergize, and come up with creative solutions.

Be Kind to Yourself and Set Attainable Goals

All the productivity "hacks" in the world won’t make a difference if you aren’t genuine about your limits. For example, if you force yourself to wake up at 5:30 a.m. every morning, but end up hitting snooze eight times in a row, you’re going to flame out.

Bailey hit this barrier during his Year of Productivity, too. "I’ve noticed that as more people started reading my articles, I put pressure on myself to write more and to do more experiments," he says. "Really, the opposite approach would have worked better: Being kind to myself and honest about my limitations would have helped me get more done."

Don’t ignore your mind when it tells you that it’s overworked. If you’re hustling for 40 hours per week, and you feel guilty about leaving twilight hours on the table, step back and ask: is this really going to help me be more productive? Instead, take Bailey’s advice: experiment, bit by bit, until you find a productivity mix that suits you.

Over the past year, Bailey blogged more than 200,000 words on productivity, from recaps of his own experiments to interviews with experts like David Allen. Here are five posts among his curated selection of best reads:

You might also enjoy this article: "How to Scale Yourself and Get More Done Than You Thought Possible".

Joe Stych is part of Zapier's marketing team, and works in Minneapolis, Minnesota. He spends his free time writing, reading magazines, and watching as much baseball as humanly possible.