Half of America just started working from home. So, how's it going?

A few months ago, remote work was niche. In the past month, just over half of employed Americans have transitioned to working from home—at least, for the time being. It's a massive experiment.

Remote work isn't a perk anymore: it's temporarily mandatory for millions of employees. We wanted to find out how everyone is feeling about this change, so we recently commissioned The Harris Poll to conduct a survey on our behalf among over 1,200 employed U.S. adults.

About Zapier: Zapier helps customers grow their businesses with the power of automation by connecting over 2,000 apps. Founded in 2011, Zapier has always operated as an entirely remote company, and today has 300+ employees working in 28 countries around the world.

Over half of all employed Americans (51 percent) transitioned to working from home last month. Our findings suggest they feel good about the change in some ways, but still miss the office. 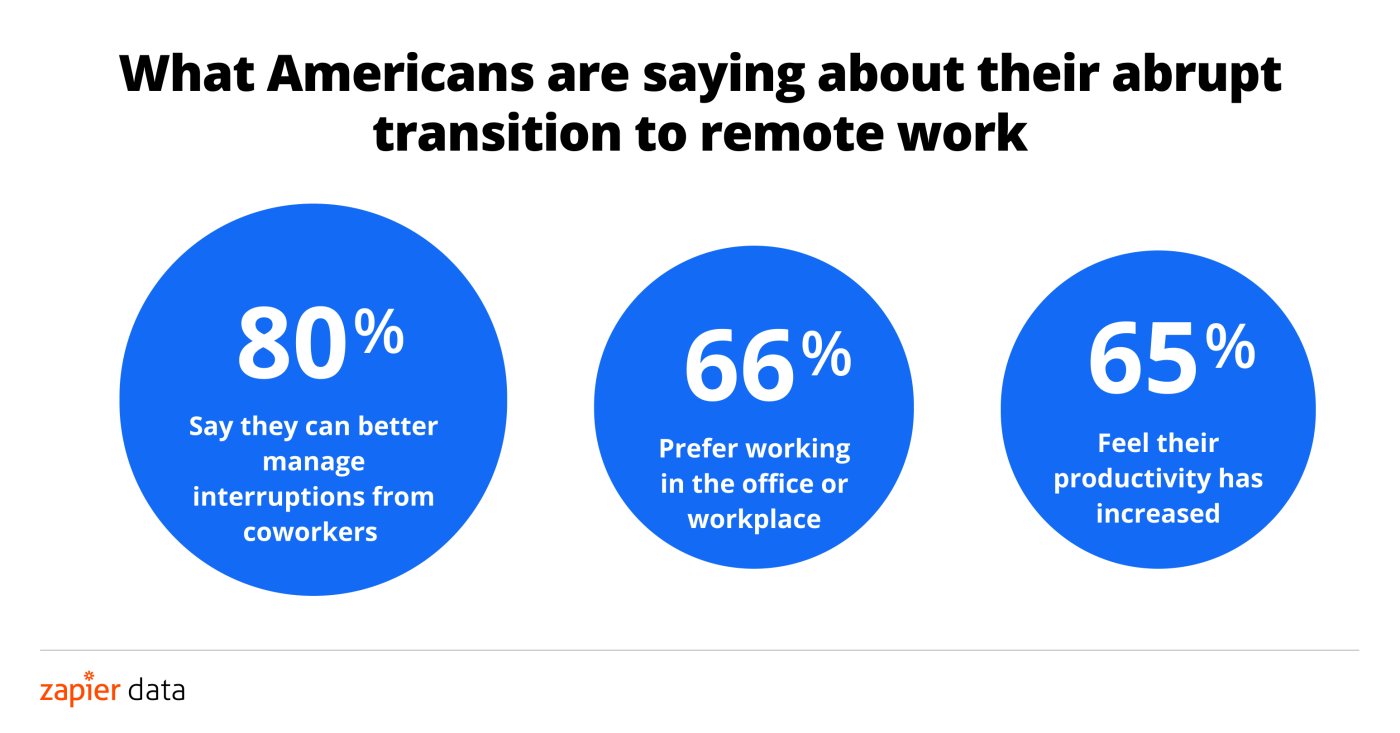 Among those who have transitioned to working from home in the past month:

Need to adjust to remote work in a hurry? You're not alone. We're a company of 300+ employees that's been entirely remote from the beginning, and we're sharing what we've learned. Check out The ultimate guide to remote work to get started.

Work doesn't take longer from home...and might be faster

Adjusting to remote work takes a while, but millions of Americans are having to do it essentially overnight. What changes are they noticing? 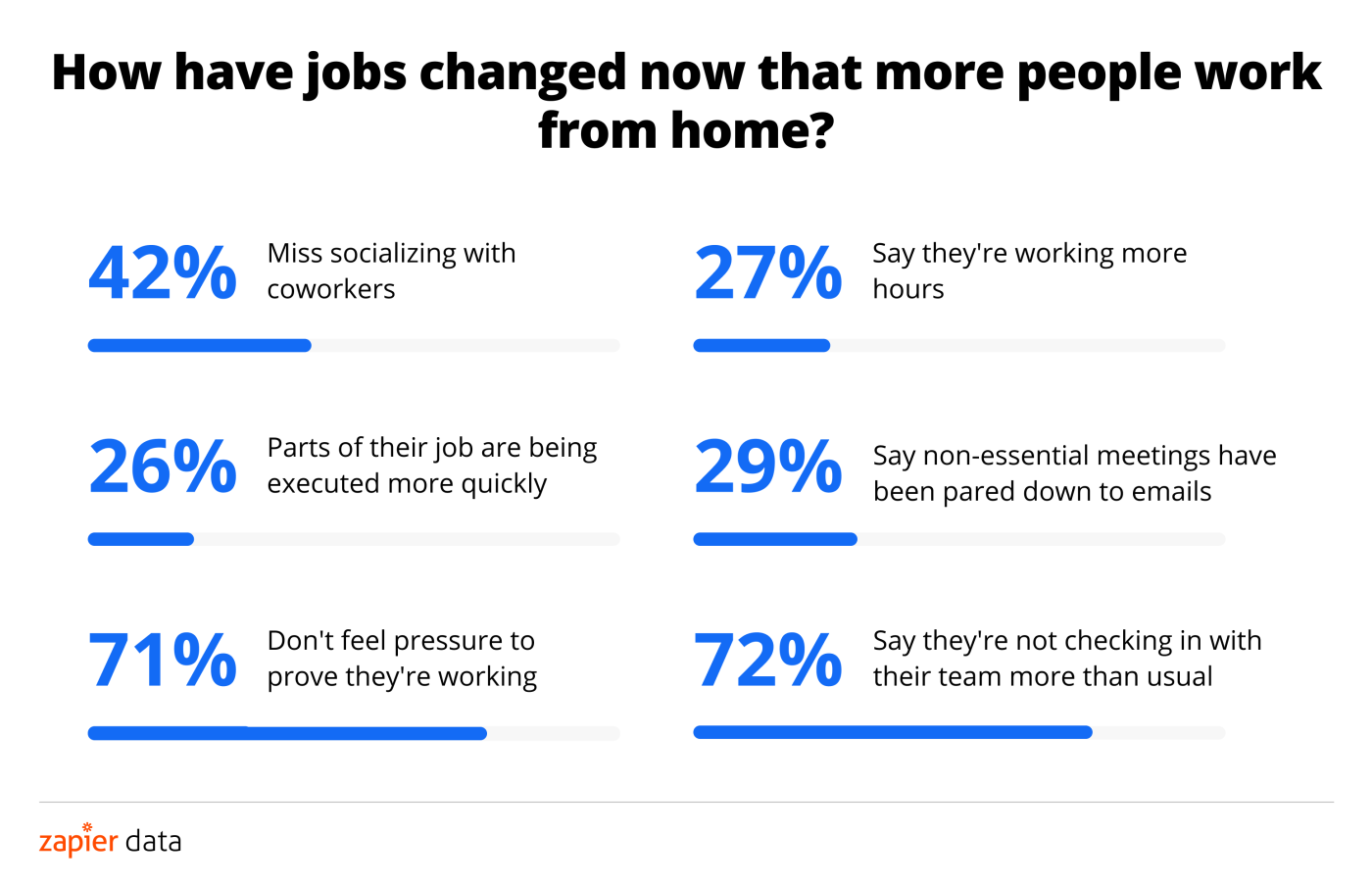 Despite common conceptions of remote work making it hard to track accountability, Americans don't feel pressure to be more productive or prove they're working.

Schedules are changing, but not consistently.

Working from home doesn't work without the right tools. Which tools are Americans using more often now that they work from home? 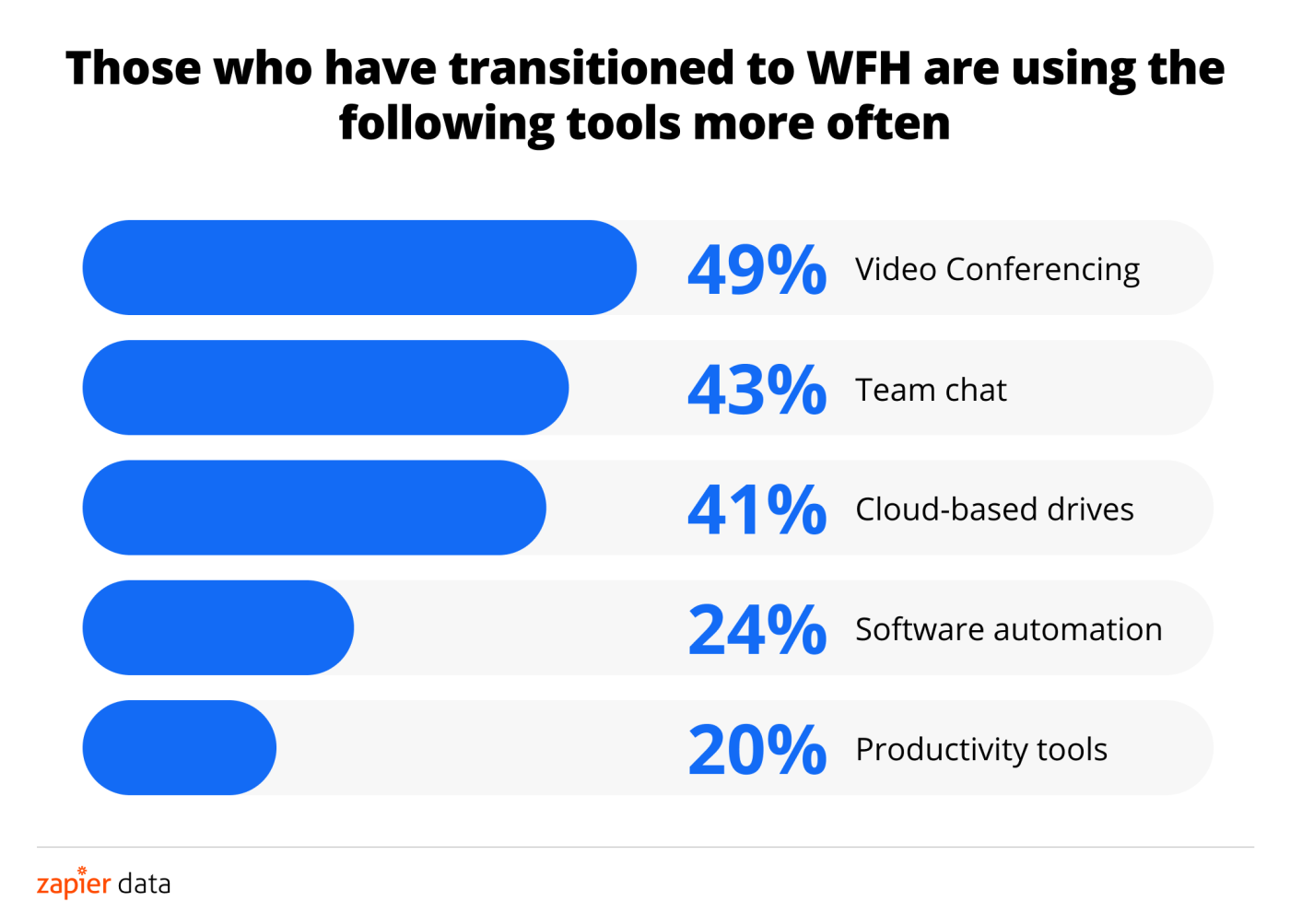 Methodology: This survey was conducted online within the United States by The Harris Poll on behalf of Zapier** **from March 26-30, 2020 among 1,241 U.S. adults ages 18 and older who are employed. This online survey is not based on a probability sample and therefore no estimate of theoretical sampling error can be calculated.