Ever get up on the wrong side of the bed and feel like your whole day was ruined? It's not just you. Mood can definitely affect productivity. But even more specific than that, one study found that your mood in the morning actually affects your productivity even hours later. Whether you missed the bus to work or your kids gave you a particularly hard time getting out the door in the morning, starting off in a bad mood doesn't affect you just personally, it can weaken the quality of your work and how you feel about it.

Here's what researchers have found about our moods in the morning and, most importantly, how we can have a great morning and walk into work happy.

The Correlation Between Moods and Productivity 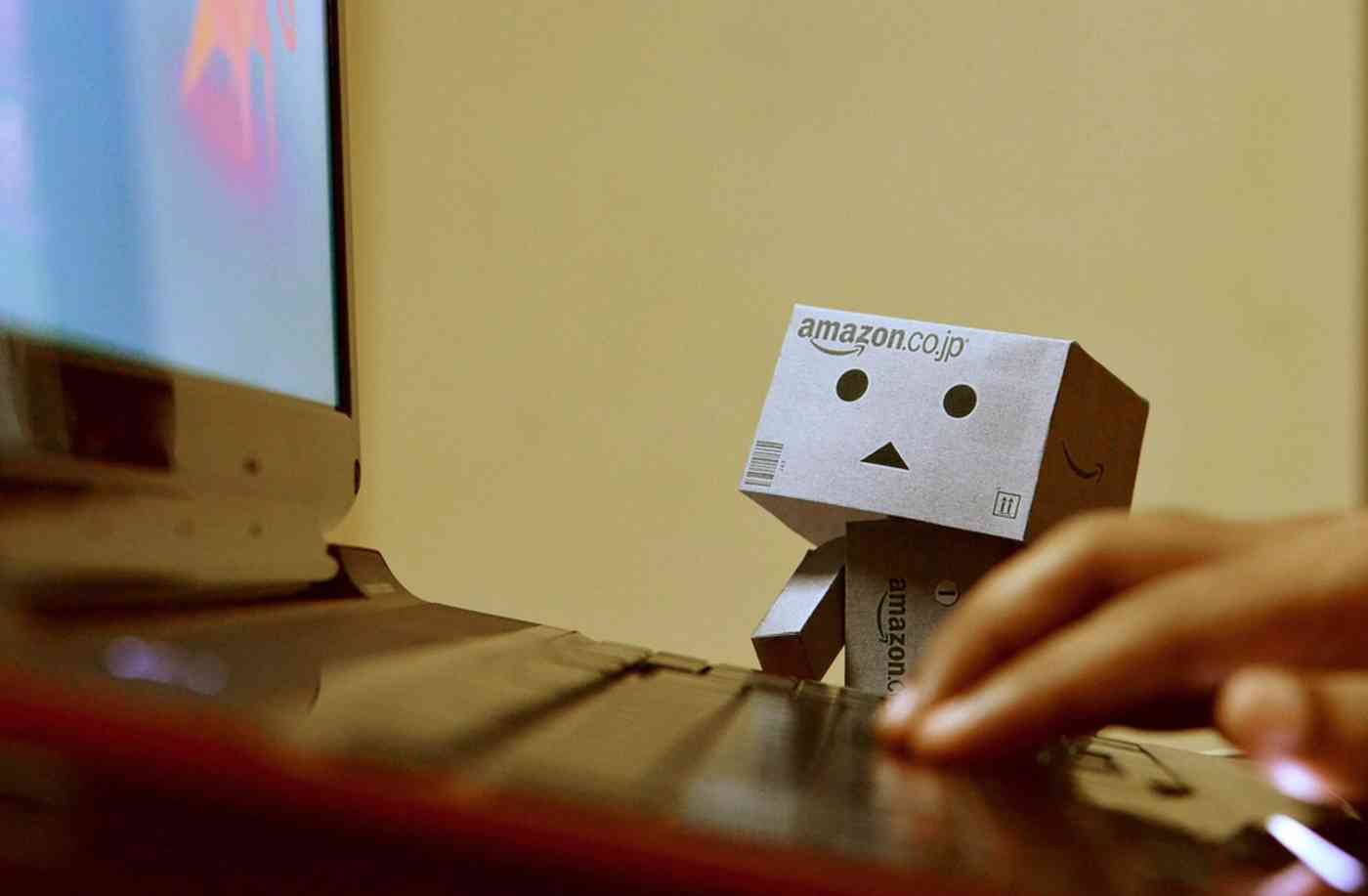 Over the course of about three weeks, researchers Nancy Rothbard from the Wharton School at the University of Pennsylvania and Steffanie Wilk from the Fisher College of Business at Ohio State University studied customer service representatives working in an insurance company's call center.

The study used short surveys to measure mood first thing in the morning and during the remainder of the day, and to test how the employees felt after interacting with customers. The company's performance metrics were used to track productivity--their ability to provide quality service--throughout the day.

The study found that whatever the employee's mood was in the morning, it stayed pretty much the same throughout the day. So if an employee started off in a bad mood, they ended the day grumpy as well.

It's interesting to note, however, that those who started out grumpy sometimes perked up a bit after interacting with a negative customer. Perhaps someone else's bad day helps to put ours into perspective?

"We call it the 'misery loves company' effect. If you're in a bad mood, it seems to help to talk to someone else who is feeling as bad as you. Maybe the employees were able to blow off some steam by reacting to rude customers."

Now here's where this mood study gets serious: our morning mood has a big impact on our productivity once we get to work. The study participants who were in a good mood provided higher quality service to their customers and were more articulate, saying "um" less and using correct grammar more often. In short, they were assets to the company.

The negative employees were not so much. They tended to answer fewer calls and take more frequent breaks than their happier colleagues, and overall lost 10% of their productivity due to their bad moods.

Since most people in the study clung to their morning mood for the rest of the day, it seems our best option for encouraging a mood that will help us be productive is to get our day off on the right foot from the beginning.

Let's see what science says about how we can have a great morning and walk into work happy.

How to Boost Your Happiness in the Morning

Even the simplest actions or events can start us off on the right foot.

Talk to your barista 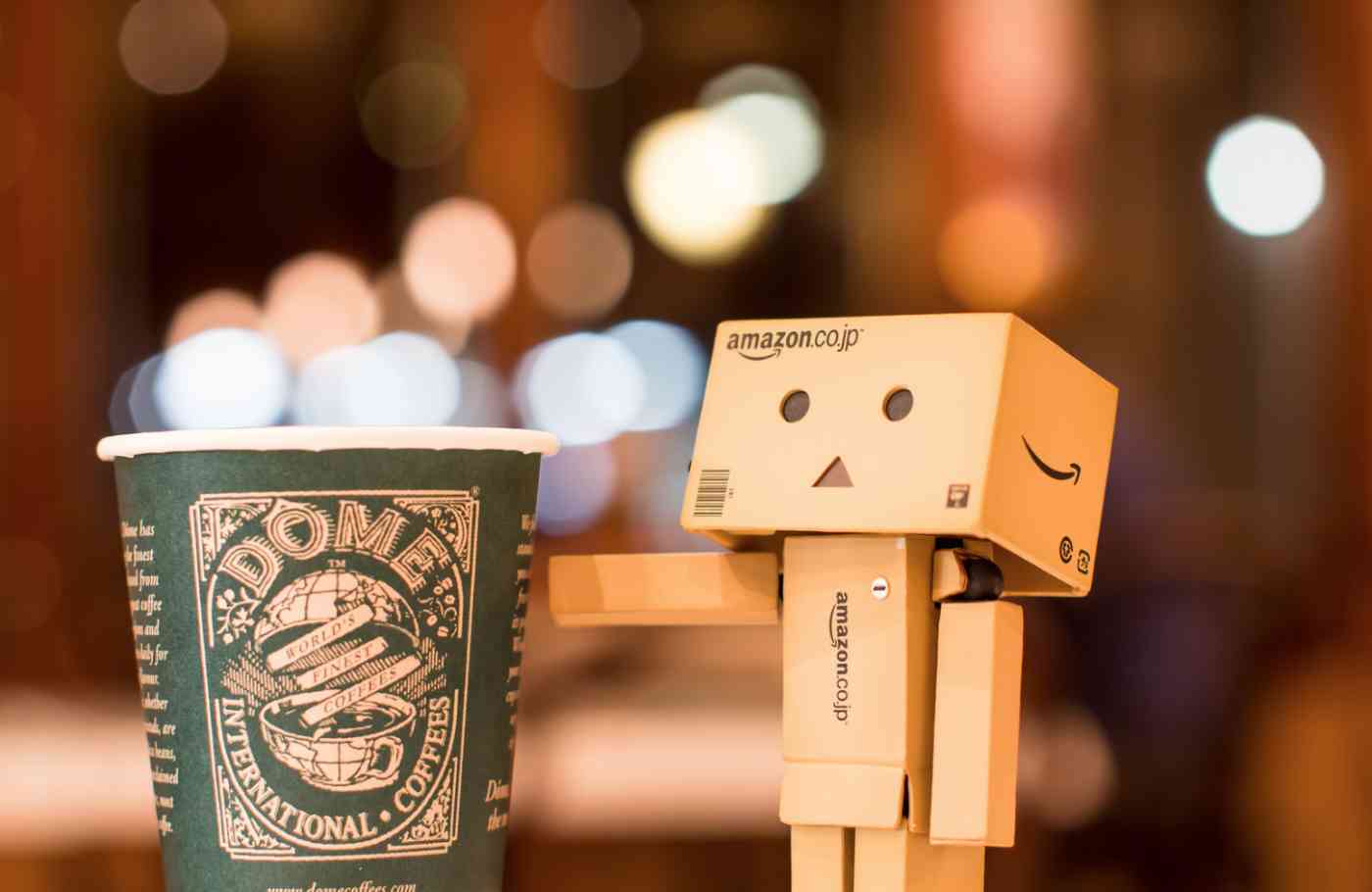 When you're on your way to work and grabbing your morning coffee, the last thing you want to do is drag out the transaction, right? You want to place your order and quickly get your coffee so you can get on with your day.

But research shows this approach could lead us to miss an opportunity for making our mornings better. One study showed that participants who smiled, made eye contact, and chatted with the cashier when buying their coffee had improved moods after the interaction, compared with those who didn't interact beyond what was necessary.

If you're a regular at a café in the mornings, this is an easy step to add to your regular routine. You have to wait for your coffee to be made anyway, so you're not adding any extra time to your commute. Why not spend your waiting time having a chat?

And if you work from home, this could be a handy excuse to get out of the house in the mornings. I used to have a regular routine of going to a café around the corner every day before I started work. It forced me to shower and put on "outside clothes" every morning, which helped me get into the mood for working. But it also provides some real-world interaction with other humans that many of us miss out on when we work alone from home.

Start your day by journalling 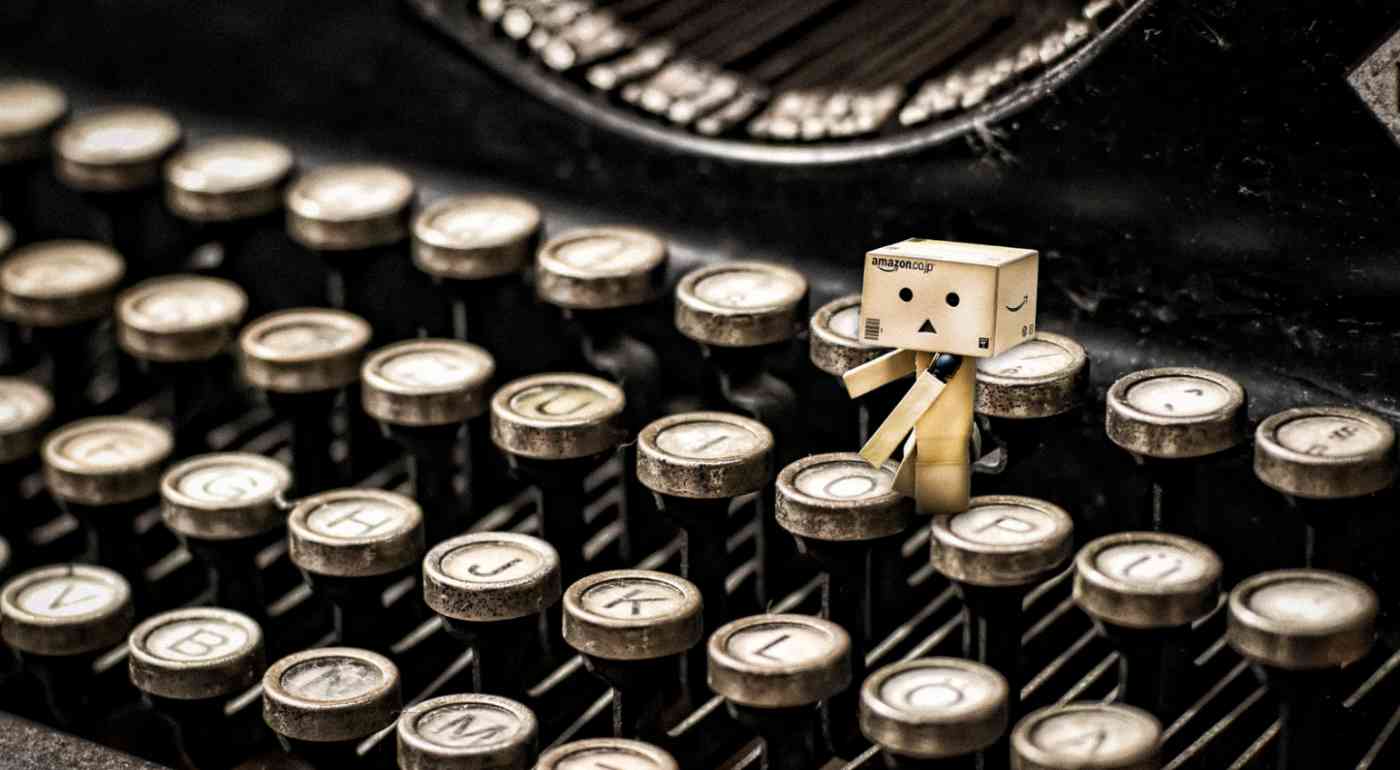 Journalling in the morning isn't a new concept. In fact, it's been solidified into its own practice by author Julia Cameron, called Morning Pages--a routine in which participants write non-stop until they've filled up three handwritten pages (about 750 words).

Those who wrote about emotional events had incredible benefits just from those three days. They were happier, less depressed, and less anxious. And when the researchers checked on them months later, they had lower blood pressure, improved immune function, were visiting the doctor less, were more successful at work, had improved memory function, and even reported their relationships had improved.

That's a lot of benefits for just a three-day experiment.

Months later, the group that wrote about their feelings (things like failure and resentment) around losing their jobs were not only happier, they were 3 times more likely to be reemployed that the engineers in the other two groups.

This study showed that not only does writing help us process our emotions and improve our wellbeing, it can also increase our levels of motivation and determination. Those are all good things to take into a workday, so writing a page or two each morning about your feelings could be a quick way to boost your mood and your work performance.

Listen to your own (happy) voice 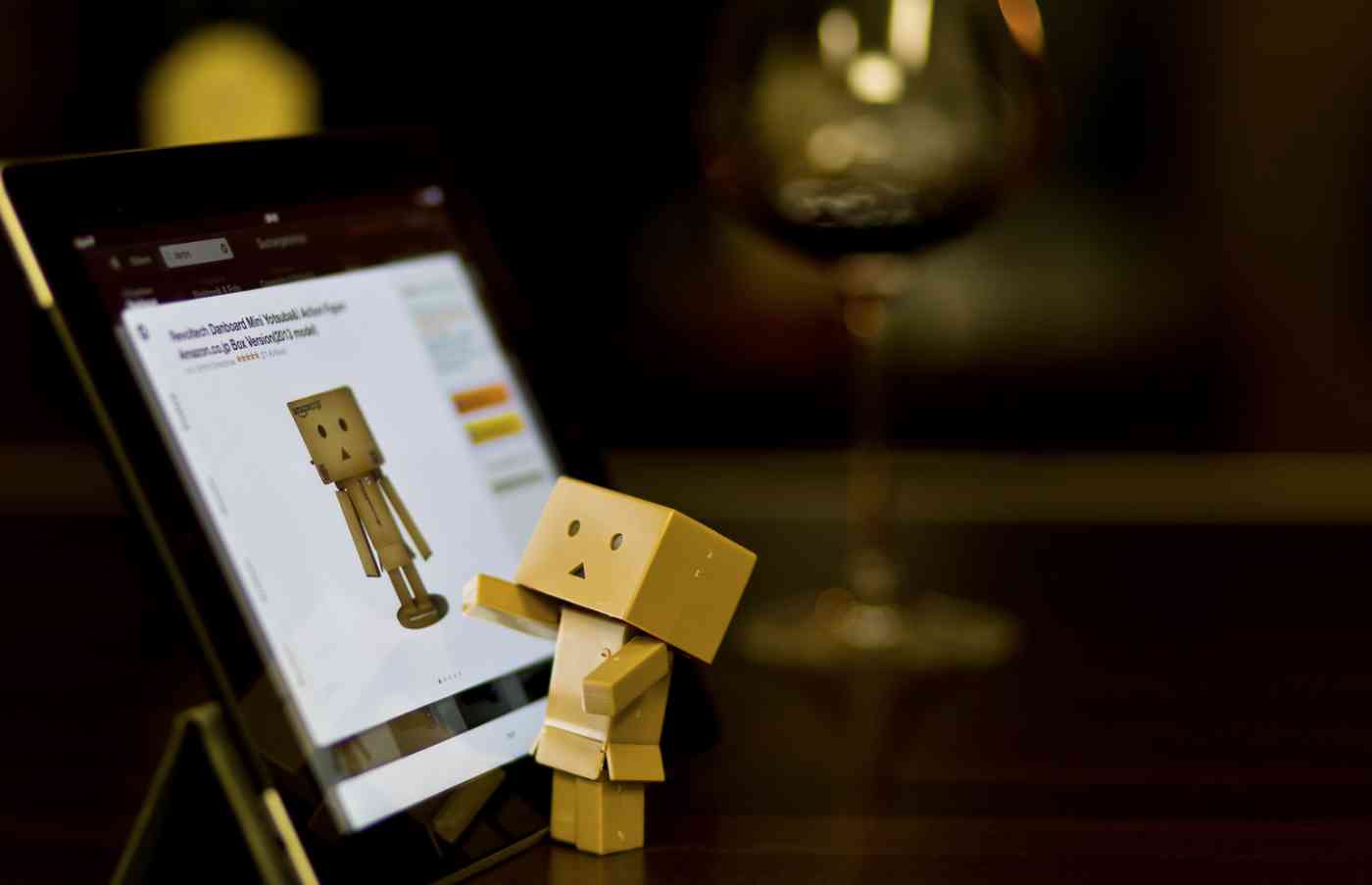 You've probably heard that if you smile you'll become happier as a result. Unfortunately, it's not quite as simple as that. We're not great at fooling ourselves into feeling differently. When we fake a smile even though we feel terrible, we know we're faking it, so we don't take any real cues from it that make us happier.

A study of a similar phenomenon tested how we react to hearing our own voices. Participants in the study read a story aloud while listening to their own reading voices through headphones. The researchers subtly manipulated the voices to sound slightly more happy, sad, or frightened. (Most participants didn't consciously notice the difference, but those who did were excluded from the results.)

The reason this worked while forcing a smile doesn't is the participants didn't know their voices were being manipulated. It seems that this kind of effect is subconscious, and relies on us not trying to fake it. So speaking out loud in a happy voice won't necessarily improve your mood, but if you listened to a recording of your voice or watched a home movie where you sound happy, that might work.

Eat fruit and vegetables for breakfast 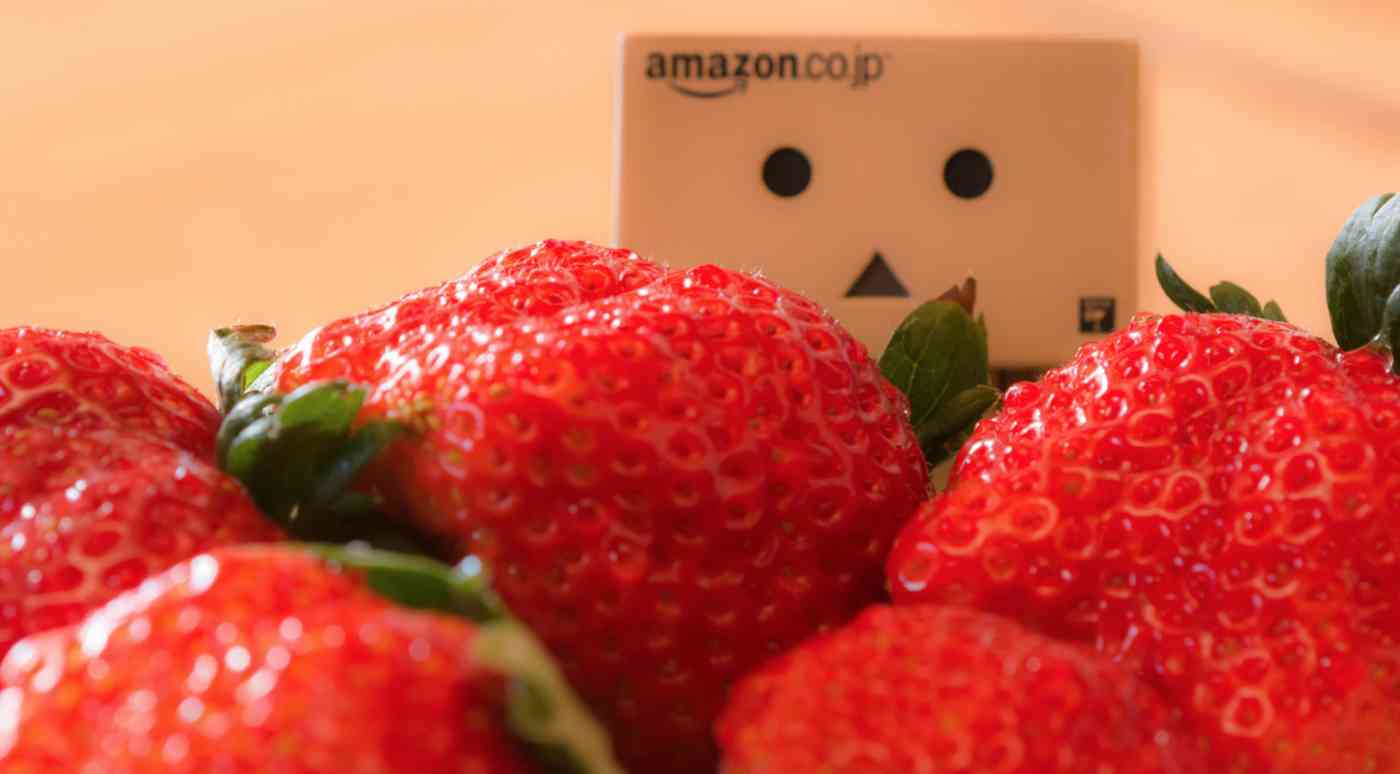 We all know we should eat lots of fruit and vegetables, but since we don't feel the immediate effects, it's easy to put that good habit off for our future selves to worry about.

One study, however, found that eating fruit and vegetables can improve our happiness. Andrew Oswald, one of the study's authors, said this could encourage people to eat healthier:

"People's motivation to eat healthy food is weakened by the fact that physical-health benefits, such as protecting against cancer, accrue decades later. However, well-being improvements from increased consumption of fruit and vegetables are closer to immediate."

The study followed 12,000 Australians over several years, and found that the increase in happiness due to going from zero servings of fruit and vegetables each day to the recommended eight was equivalent happiness boost as going from being unemployed to having a job offer.

Even better, the researchers found that happiness increased for each serving of fruit and vegetables, up to the recommended eight servings per day. So if you're on one or two per day, you don't have to work up to eight per day before seeing results.

To ensure your mood is as good as it can be in the morning, try adding fruit or vegetables to your regular breakfast for a little boost.

Take a walk in nature on the way to work 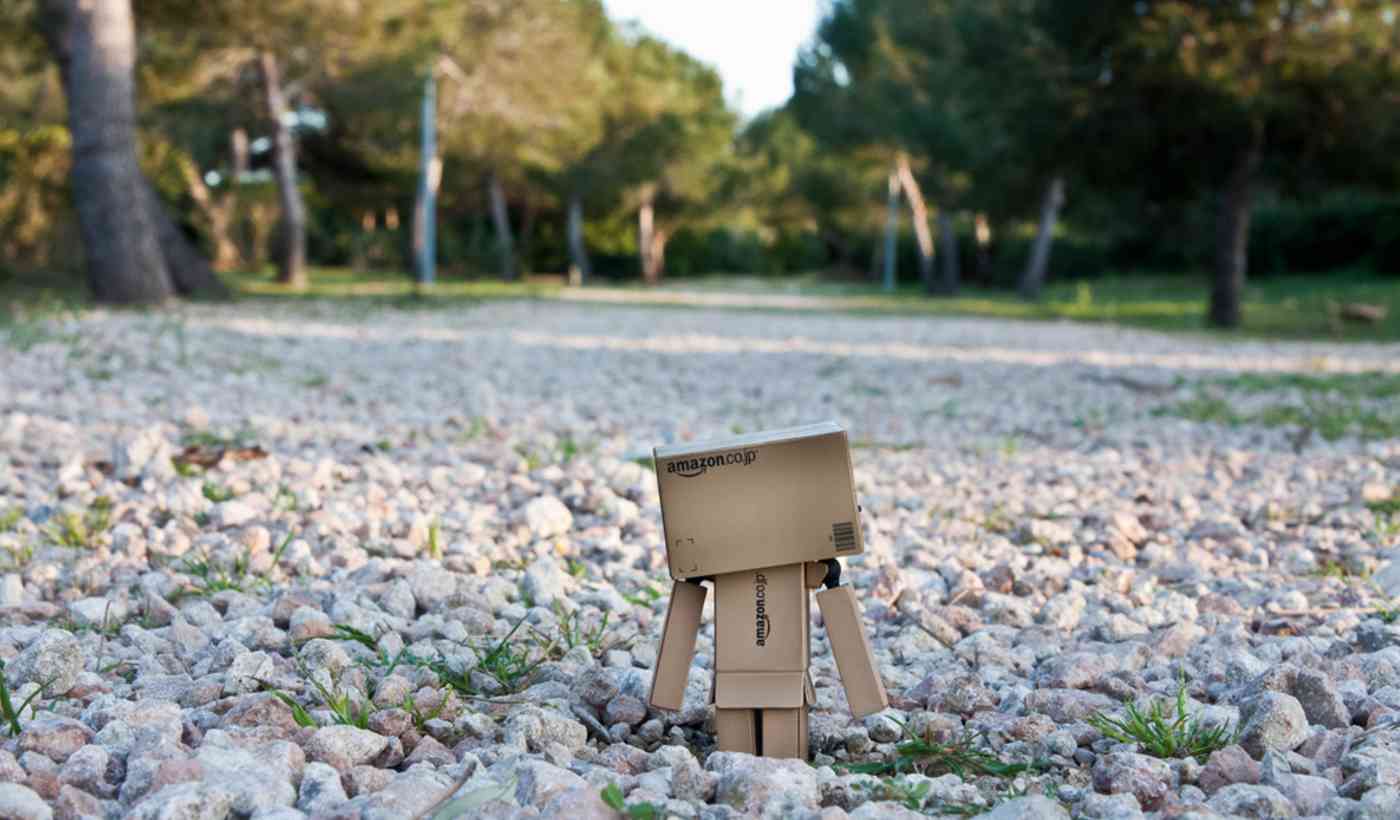 This suggestion might sound too simple, but it's a powerful way to boost your mood. The trick is not just to take a walk anywhere, but to walk somewhere green and leafy—a park full of trees would be ideal.

Research has found walking in a natural setting lets our brain relax and refreshes our ability to focus. But it also makes us feel happier and healthier and decreases stress. One study at Stanford tested this by sending individuals out for solo walks either near heavy traffic or in a lush, green area of the Stanford campus. Those who walked in the green area were more attentive and happy after their walk.

Another small study in that same article found that walking in nature helped to slightly decrease brooding, which can be a precursor to depression, and is disproportionately common among city dwellers compared to those living outside urban areas.

The bad news continues for those of us living in cities. City dwellers tend to have a higher risk of depression, anxiety, and other mental illnesses. And for those who have limited access to green spaces like parks, there's a higher incidence again of psychological problems.

In short, not being around nature is bad for us. And spending time in nature is great. In fact, we may not even have to go for a walk in a park—one researcher found just having trees in the street improved how healthy the nearby residents felt, suggesting that just seeing trees may be enough to perk us up.

If you can, take a stroll through a leafy, green park on your way to work. But if you can't, do yourself a favor and at least take a peek at a leafy street—whether that's from your car window or nearby the office on your way inside.

I can't imagine many people would want to wake up grumpy and feel the same way all day. But now that we know it's likely our morning mood will stick all day—and it will affect how productive we are, we can take action to make sure we start the day right.

Whether it's a walk in the park, a friendly chat with your barista, or an extra serving of fruit at breakfast, take a small step each morning to boost your mood and you might be surprised at how much more you get done.